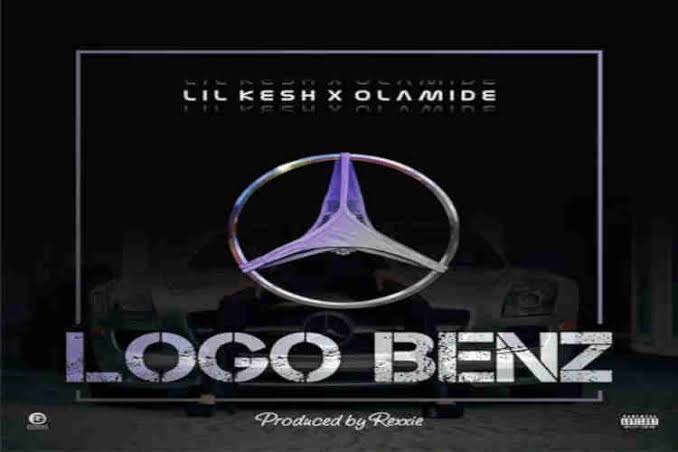 Those who believe in God know that there are times He uses the unworthy vessel to work wonders. One was Moses the stammerer, who considered himself unqualified but was nevertheless picked to lead the Israelites to the Promised Land. Another was Saul, the man who went about arresting believers of Jesus but then not only turned one himself but also spent his time seeking converts.

Please ignore the opening paragraph if you’re an atheist or your religious leaning isn’t Christianity. Here’s the summary: sometimes the wrong person preaches the right message. Sometimes, too, and without waiting to be called, the wrong person preaches the wrong message, but in a way that serves as an unintended wakeup call for the people — if they are smart enough — to seize the initiative and seek out the right.

As it happened last week, musical artistes Olamide and Lil Kesh propagated a message that just doesn’t stop at being wrong but calls for renewed national introspection. The duo — each popular among secular music lovers despite their notoriety for releasing songs low in content but high on lurid lyrics, obscene videos and danceable beats — combined to release what will go down as the most repulsive song of the year, titled ‘Logo Benz’. Without listening to the song, a mere look at the cover says it all: the round insignia of global automobile marque, Mercedes-Benz, strapped together on three ends by a G-string. The song preaches riches by hook or crook. “I pray to Jesus, I pray to Allah, to make money,” reads a loose Pidgin-English translation of the song. “But if money doesn’t come, I’ll do ‘blood money.’” In other parts, it urges ladies to let go of their pants to guys in need of them for Benz-buying rituals.

Expectedly, the public reaction has been largely critical. But why is anyone shocked about a song applauding the use of ladies’ pants for quick-money-making rituals? Olamide/Lil Kesh’s ‘Logo Benz’ is the story of our society — one so ‘dangerously’ lacking in values, depth, substance, conscience and perseverance.

Here in Nigeria, the biggest way to command respect is to have money, regardless of how you made it. Just open your mouth and speak gibberish; as long as you have money, there’s an audience waiting to clap you. While I do not think money should attract automatic condemnation, one basic qualifier for me is that it must be ‘honestly made’.

Not too many people care, though; dishonestly-made money is money all the same, and it rules. You’ll find young men who date ladies/women SOLELY because of money, and vice versa; people who take jobs SOLELY because of money; people whose choices of their life partners are SOLELY motivated by money; people who dispense respect ONLY according to the pocket of the next fellow; people who class themselves aside and wouldn’t mix with others simply because, as Wizkid said, ‘my money and your money no be mate’.

We can’t succeed as a nation if we do not rein in the extent to which people go to make money. The scale of greed pervading the public governance space is already well-documented, but the private sector — even though under considerably lesser scrutiny —¬ is not any holier. Too many CEOs and top executives have skeletons in their cupboards; we’ve seen this in the past with the supposed management staff who mismanaged Intercontinental Bank and Oceanic Bank. There are numerous anti-corruption and pro-accountability non-governmental and civil society organisations that are nothing more than money-making ventures — organisations calling for openness in the National Assembly and the oil and gas sector yet the heavens would fall were their CEOs or accountants or admin heads to be probed. This doesn’t mean honest men no longer exist; only the shining lights among us have been overcrowded by too many people around trying to outsmart the system as part of the maddening desperation to get rich.

We are largely a value-impoverished society, and this is first and foremost because the family is shirking its responsibilities as the first societal unit. To digress a bit, from time to time, I come across people with certain character flaws that are strictly down to deficient upbringing. Not that anyone, not least the writer, is perfect. But there are certain values that, if not picked up as part of family training, are hardly retrievable later in life. The unfortunate thing is that people with character flaws of this nature do not even realise they have a problem, that they need help.

There is a lot of work to be done if we must address the gaping value deficit afflicting us. The family is the first basis. Parents need to realise they’re raising not just their kids but the country’s ambassadors. We must address the ephemerality that has come to define marriages; if homes keep breaking up children will bear the brunt. Something is usually missing when a father or mother is absent in the formative years of a child, due to single parenthood or divorce. There usually are gaps with children raised by grandparents such as a retired teacher or an ‘old soldier’; it’s just not the same. Religious institutions must play their part. Enough of hero-worshipping moneybags; enough of presenting the church as dumping ground for ill-gotten wealth. Subjects that teach honesty, integrity and incorruptibility should be introduced to the curriculum, from primary school till tertiary level. And the National Orientation Agency (NOA) should get involved as well. This is a national emergency; if the depravity of now is left to continue growing at its current pace, it would be irreversible in probably a few decades — that is if it still is.

Until we fix the family especially and the general values upon which our lives are woven, musical artistes of the ilk of Olamide and Lil Kesh will continue to occasionally propagate evil in the name of money-making. I hope someone sings it loud into Olamide’s ears: money is good; very important, in fact. But it is NOT the most important thing in life. For everyone who comes to us with a Benz, we must not celebrate until we have first asked: “What is the logo of your Benz?” Pants, blood, corruption, crime? Or sweat, hard work, ingenuity, creativity? And ill-gotten wealth should NEVER be celebrated — because the dishonestly wealthy man is poorer at heart than the poorest but honest man alive.

Soyombo, former Editor of the TheCable and the International Centre for Investigative Reporting (ICIR), tweets @fisayosoyombo