Just imagine that the arranger (pimp) of this arrangee is the same loudmouth or should we say motor mouth, blabbing about the whole matter. 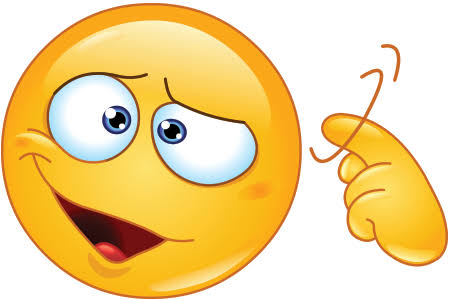 Are you all trying to guess who the dude is??? Hmmmmmmm!!!! OK let’s try to describe him. He is tall, not that tall though, in the hey days he used to favour a Mohawk hairstyle. Young dude, somewhat light skinned, normal complexion. Loves clothes, especially the designer brands that he gets gifted by many of his friends, both male and female. They have tried to classify him as one who favors the other side, by that we mean his own kind. But he has denied it though, but many still feels he is too much in touch with his feminine side.

He loves to be seen at all the right spots and with all the right peeps, having fun galore. He loves champagne to a fault, Rose is it, but you can’t blame him though as it always comes free.He knows all kinds, male and female. He knows the secrets of many too, in fact if he were to divulge what he knows, hmmmmmmm many would like they say in pidgin- tear pant & run under the rock”, to hide themselves. He was at a point outside the country, which really helped his stock as he too came back as one that had been abroad, though where he went to is also in Africa, though a lot better in so many ways than Nigeria.

Who is this lady? She is supposedly currently single (?) and a mother, but was married before, but before she got married and even while married she was an unrepentant cheerful giver. Her list of those that have shared the her cave or is it Bermuda Triangle is stupendous to say the least. Tall, light, in fact very light now as she has really cleaned up loads, with new backside (bionic booty) and somewhat well constructed body to boast of. She loves to show off the body on the social media-insta & snapchat. Whoever her main man is, seems to be trying his best as she looks well sorted. A well known dude with extraordinary gift of the garb is a man Friday. But alas, these sort of people are never satisfied or is it content, they must carry the latest Chanel bag, Gucci, Hermes Birkin, Celine etc, they must wear Louboutin, Charlotte Olympia, Manolos and the likes shoes etc. As long as it is the it bag, shoe or dress. They are our so called celebrities, they have mad followers on the gram, though it is also speculated that she bought part of her though.

So the gist is that, just for 1M, that’s 1 (one) million NAIRA (1,000,000), a yahoo-yahoo rich young dude, contracted the dude we earlier spoke about above, who is always at all the fun Hotspot to arrange for him to shag this mother of 1!!! But that’s good now we hear you saying, one million Naira for how many minutes of bedmatics, that’s good value for money nowwwww, when people are giving it for 10k and slightly more, we think many might be exclaiming under their breath!!! If na me, I go throway my pant sef, forget to retrieve it, if na me. Seriously!!!

What about the indignity of such? ‘
Indiwetin’ my foot! (with full sarcasm). Abeg don’t come here to act as a puritanical Mother Theresa abeg! Man must hustle. The end justifies the means!!!

I go or for do worst, for less oooo.

Yes another very well known lady based here in Lagos who drives a…… , in fact quite popular…………, who owns a…… With account nos……. She flew to…….. Wait for it, in the “Gist Cafe series 2019” coming on this blog near you. Praaaaaaaaaaaaaa!!!!!