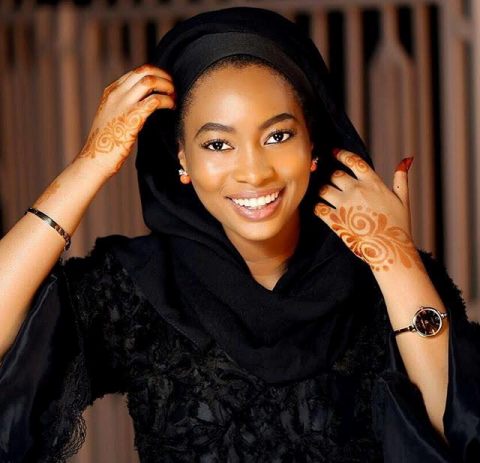 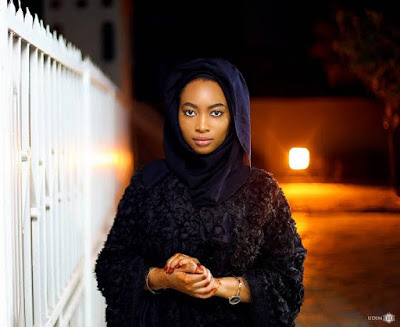 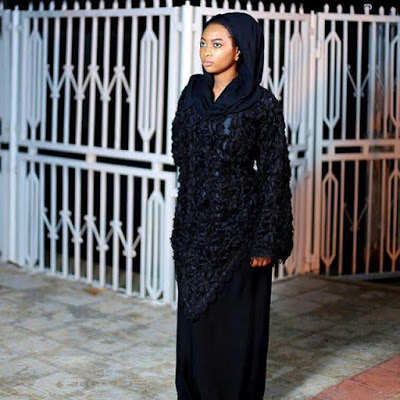 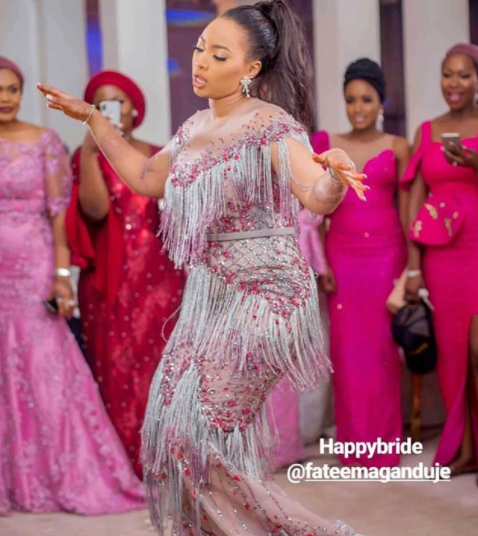 The gorgeous and very brilliant daughter of the newly re-elected Governor of Kano State, that’s Fatima Ganduje-Ajimobi in the euphoria of her dad’s miraculous victory at the just concluded Kano State Gubernatorial Election 2019 is holding no punch as she descends in her dad’s critics, who had had a field day, abusing and mocking her family prior to Dr. Umar Ganduje finally emerging victorious at the very controversial election.

Just like their so called enemies gloated believing that Ganduje was already a goner & would be defeated, his adorable daughter, a 1st class graduate of Atiku’s private university -AUN, Yola. Who is married to the only son of the outgoing Governor of Oyo state-Senator Abiola Ajimobi, who had failed in his bid to become a Senator, has come in her dad’s defense after all, lambasting all comers and taking them all to the cleaners. Heckling them all and chewing them on Twitter before spitting them out.

I am on my lunch break so have a bit of extra time, where are you guys? Some of the red guys here are at govt house collecting rice,” she said.

“I will respond to you as a single group so pls designate a representative. You guys are like zombies and I don’t have the time for you all. So pls get in line as I address your grievances.

“You see the issue is that when the results were inconclusive, you guys were so quick to insult us, we didn’t respond, even the ones playing both sides showed themselves, yanzu kuma murna ta koma ciki we can gloat too.

“You cannot insult someone’s mother and think you will not get a response, I have enough Data and when it finishes my Idris will add.

“You think it’s on Twitter you win election, our votes came from the villages because we are villagers. Dan kauye shine Gwamna.

“The main reason you lost is because Atiku refused to give you money this time around so unloyal that you cheated him during the presidential elections. Atiku bawan Allah I respect that man!

“During the PDP presidential campaign in Kano, you hired people from Niger and Chad to deceive Atiku all to collect his money. Toh wallahi better return his money. Atiku trusted you but you were too selfish. Now see yourselves.

“I ignored you during my wedding because my honeymoon was too sweet so no time for commentary.

“Painting the picture that no one in Kano loves Ganduje, Takai of the PRP who had almost a hundred thousand votes told all his supporters to vote for us not you. We played our part right and you’re angry.

“Yes we were with Kwankwaso until when he disrespected our late grandmother. Came for her burial in Ganduje and insulted us, that was when the line was drawn.”