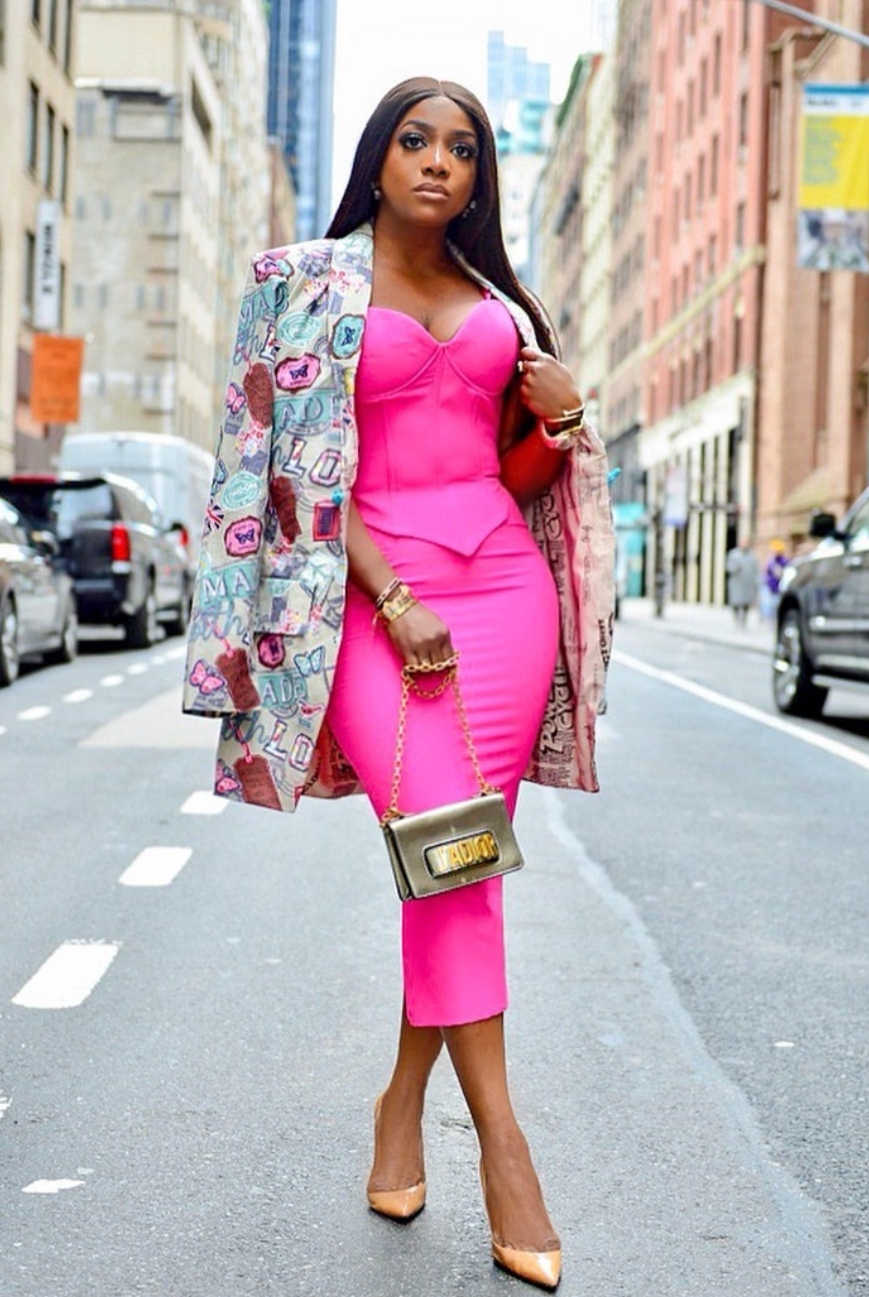 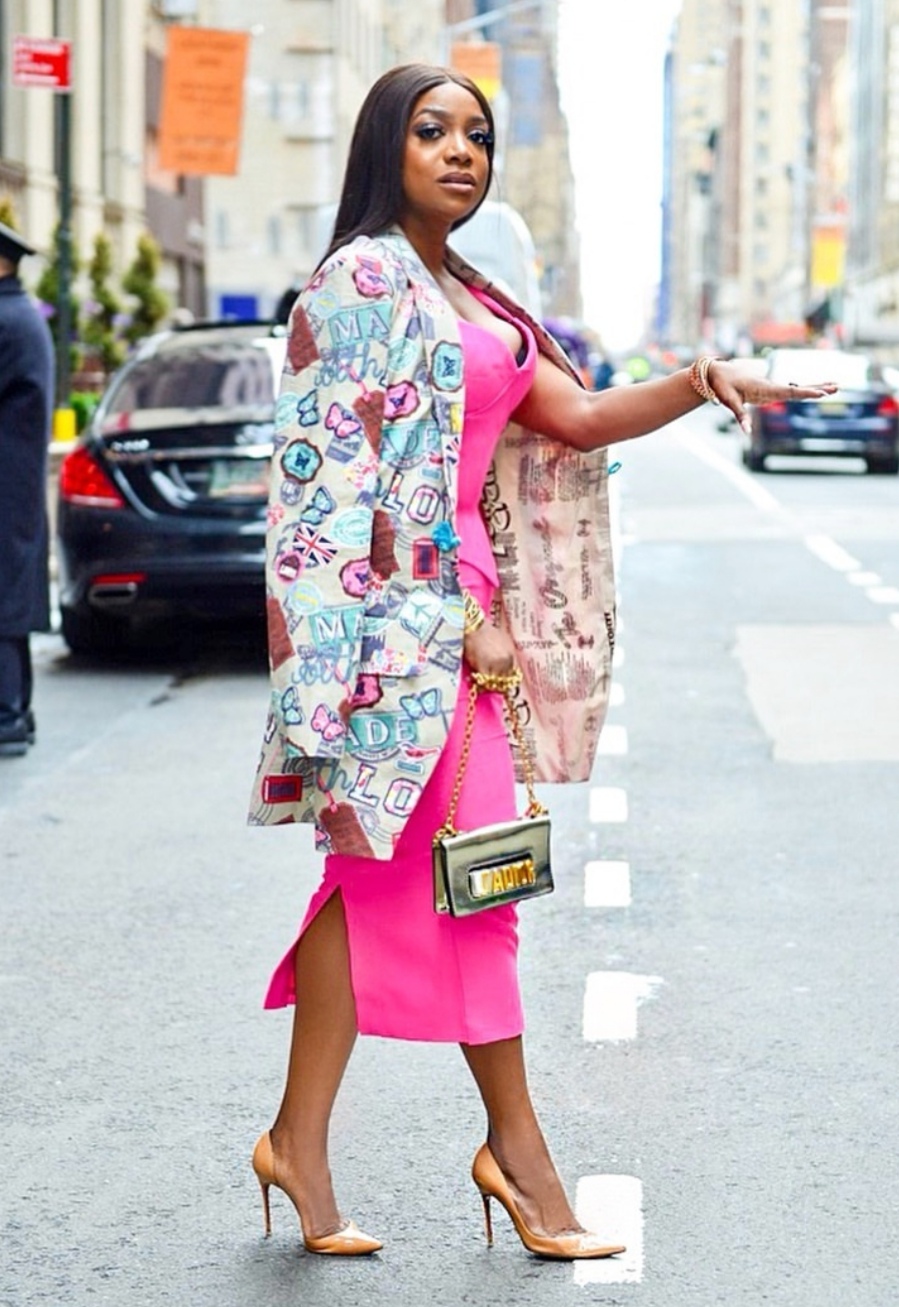 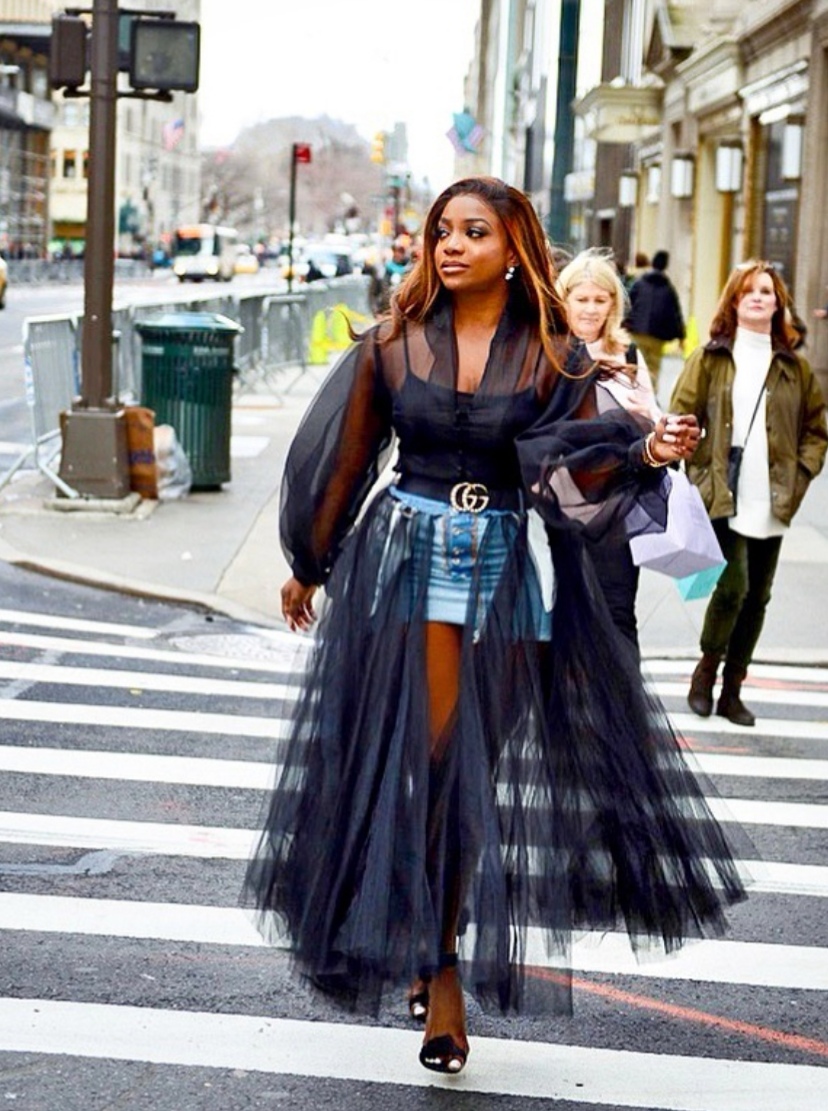 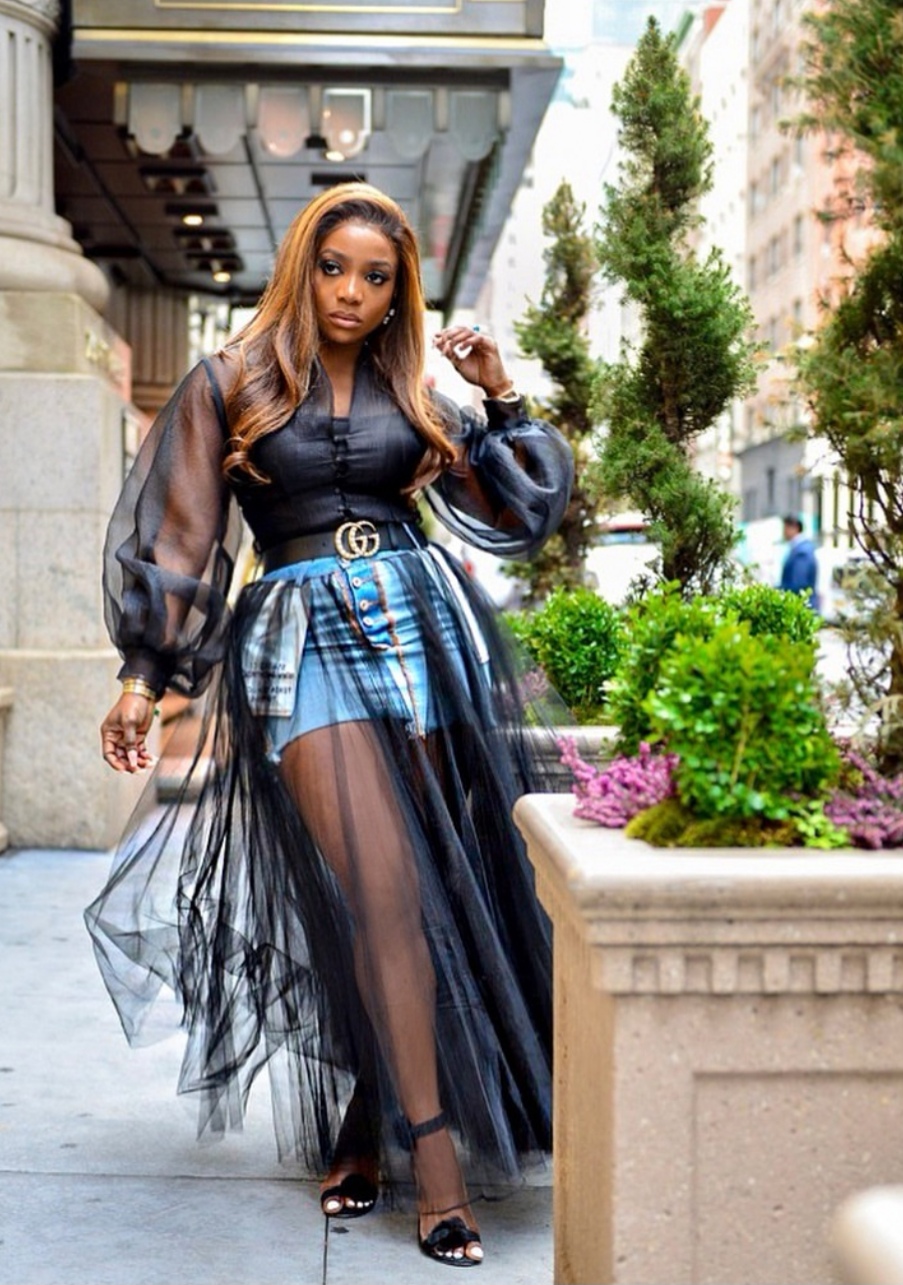 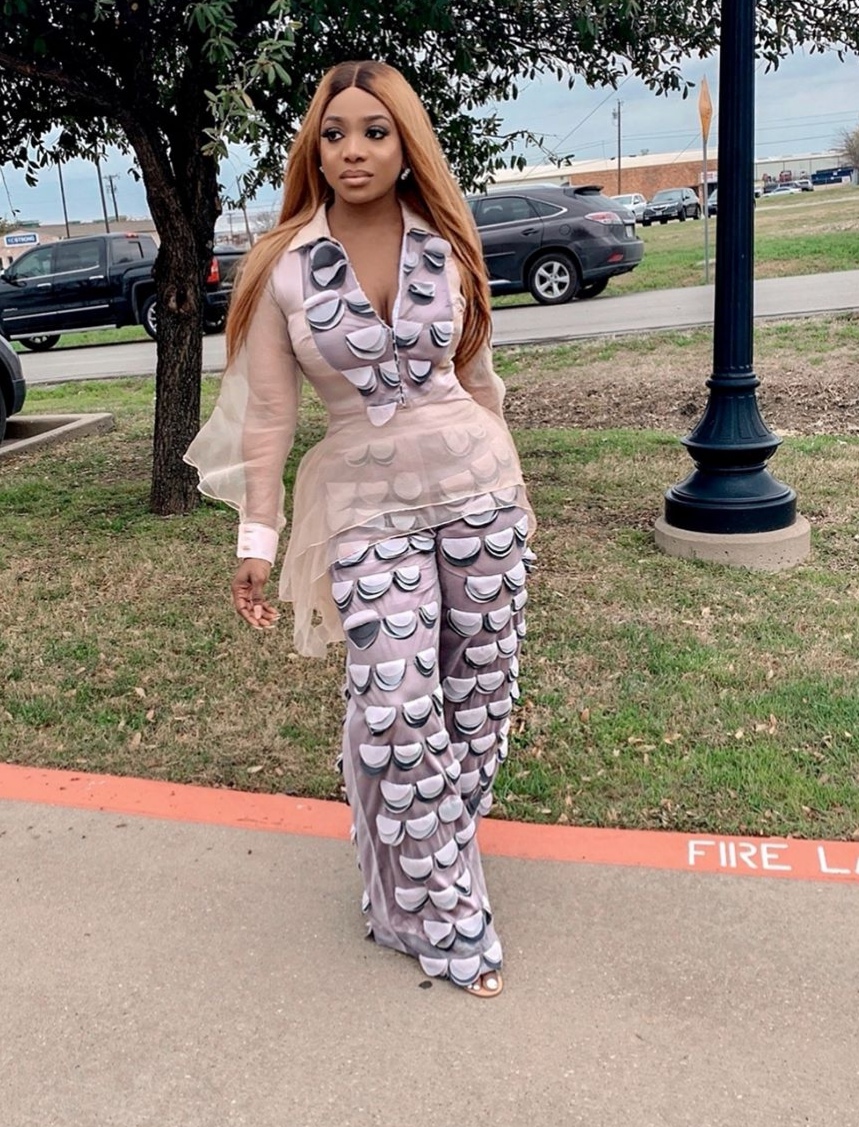 You can be making all the money in the world and be foolish. You can have all the opportunities in the world to advance yourself and still be foolish enough not to take advantage of it. You can be surrounded by grace, and still be wallowing in abject poverty. It is the wisdom to take advantage of the not too many opportunities around one or that comes ones way, that separates the smart from the stupid, the knowledgeable from the knuckleheads. So like they say, always do your best to make hay while the sun is still shining. For your future could depend on it.

Maybe the assertion above most likely, may be the guiding principle by which Chioma Ikokwu, that’s Kika’s other very stylish partner seem to be living by. Instead of just only designer bags, shoes and clothes alone, which are good, at least temporarily that is, she has gone a step further and has thought to invest and in fact invest very well too to secure her future. Or why would a young lady, still single at that, get for herself a 5 bedroom, fully fitted penthouse?

From our little understanding of real estate, it has been said by so many experts to be a good way to invest for the future, as the value of such an investment more often than not, increases substantially over time.

So there was the mild astonishment not too long ago when it was revealed that Chioma had gotten a house for herself in Ikoyi, Lagos. While some were somewhat skeptical about the purchase, others just thought maybe it was just another PR stunt. We can tell you categorically well that, o yes she got a penthouse for herself.
And it’s a 5-bedroom, well appointed (fully fitted) place at that.

And according to our Intel, the place was in fact paid for in [full], without any kobo being owed anyone anywhere. According to the verifiable available gist, the bulk of the money for the penthouse was actually provided for by Chioma herself, while her dad is reportedly said to have supported her with the remaining. How anyone would have thought that a highly cerebral Chioma Ikokwu, a barrister-at-law from a good university abroad, who also has her Masters, that’s (LLM) in International Environmental Law and Commercial Arbitration wouldn’t be smart to handle her business(es) baffles one.

To know whether it is actually possible for the duo to have made money or are still making  money from their hair business we did a little digging. Theirs actually, is a growing lifestyle conglomerate that’s into hair, a business we hear people make good money from, have made crazy money from and still making making money from. Hair goes from as low as N100,000 upwards depending. And they seem to have a large number of customers too. Their tentacles from what we hear is not just limited to Lagos, Nigeria alone but they were existing in London earning Pounds, before they came to Nigeria too. So it’s a combination of Naira and Pounds.

From just selling hair, a virtual goldmine at that, ask Akunna & others doing the same lucrative business and making good millions from it. And the duo have done this hair business since 2009 meaning a whole decade of reaping. So if they were smart enough, they should have a sizeable amount in savings that can afford them good luxury at any time, if they want. But not just relenting with just selling hair, they also opened allied businesses too to add value as multiple income stream. They have a hair salon, a restaurant & lounge and to add to it, they are landlords too, as they have tenants in their complex (building) who pays them rents too. If they have invested wisely, smartly and well over the years, especially because of good patronage mennnnnn!!! they sure might be rolling in dough already!