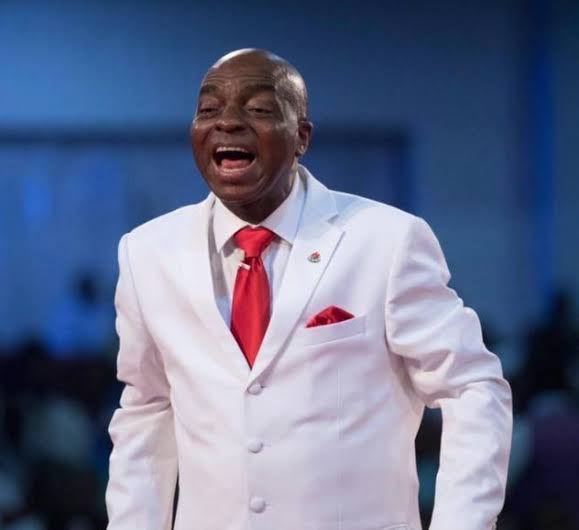 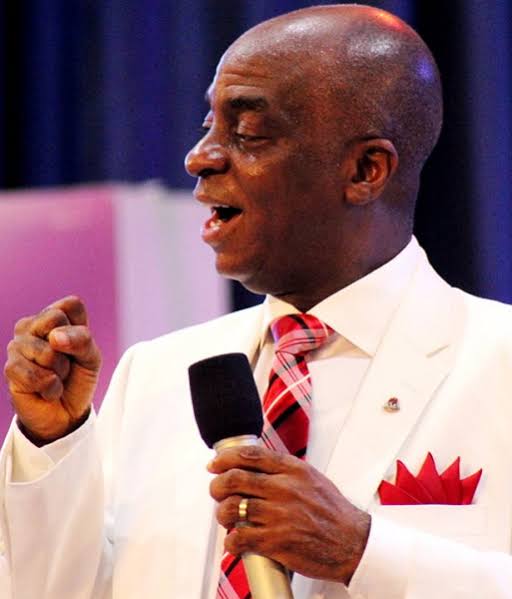 The fact of the matter is that, Bishop David Oyedepo, the Presiding Bishop of one of the 3 biggest churches in Africa and most probably one of the biggest in the world, in terms of spread around the world (that is branches), congregations (that is members), is also a top 5 wealthiest pastors (men of God) in the world. While it has been estimated that he is valued at about $150 million good dollars, some have had to snigger at the amount mentioned, like it is chicken feed for the man. That he should either be worth a double or in fact triple or more of that.

While the man of God himself unlike another who is also a very popular, but younger pastor who doesn’t mind saying it loud, the Bishop or Papa like his people love to call him, doesn’t boast outrightly about his net worth or value, but it is also a known fact too that, he doesn’t deny that he is awesomely very well to do, in fact stupendously rich like many of his followers would love for one to know. To them, being rich and making others rich too, is actually one of the callings of the man of God.

The 64 going 65 in September of 2019 man of God, sits atop some very outstanding investments too, a few of the more public ones being the 2 private Universities he is the chancellor and founder of. One of which is the more popular ‘Covenant University’ in Lagos, acclaimed to be one of the best private higher institutions in Nigeria and the other being, the Landmark University which is in the Bishop’s home state. Some have wondered quite curiously at that, as to how the man of God was able to amass his staggering wealth.

A major part of from what we are made to believe is said to be because the orator par excellence, whose followership is cult like, is a prolific and best selling author. His books according to our Intel is said to be la must buy or own and they sell like pure water. His congregants in fact and admirers, buy these books like, their very life and existence depends on it. Like a famished soul craves water and needs it to quench the nagging thirst, is how these books are said to be for them. Not just that alone though, even his audios and other teaching, preaching, evangelical aids/materials etcetera are said to be best sellers and are like the commandments. So from that alone, money is said to pour in effortlessly like torrential rain. Let’s not even go in any way towards, the tithe situation, that some have tagged and considered controversial.

There are those who are continuosly and have been supposedly watered graciously by the man of God and who considers not paying their tithes in plenty of zeros and giving hefty offerings, as transgressions. The combinations of these many different streams are pointers to how the man at the helm of the Living Faith Church Worldwide aka Winners Chapel became a super wealthy man.

His well appointed gigantic church auditorium at a point, used to gather the single largest number of worshippers at a go in Africa. And because of how far-flung his church branches are and the need to capture the world for Christ it was said was why at a point, the church or is it the Bishop himself was said to have owned or acquired as many as between 4 & 5 private jets at one point.

Away from the past and unto the moment. The man of God is at it again! And he seems to like breaking records continually. This time around the project he has embarked upon and is in fact now opened, which is actually going to become one of the biggest of its kind when finished, in fact is claimed to be the biggest privately owned housing estate of its kind in Africa. No doubt it is a humongous housing project, sitting on a super large expanse of land and it was first announced sometime ago, few years back, at one of the church’s annual miss not program, Shiloh!

The Canaan City Project is a 15000 housing  project dream. It would be a self-sustaining, self-subsisting project. It would have its own independent power, police station, fire station, malls/markets, Sport centers, parks and gardens amongst several standard facilities that would be made available. It would be like a mini town, city of its own. Well planned, very good roads, fantastic facilities and the whole works. From a standard one bedroom apartment to as much as a house are what would be available.

Those who are interested in owning a property or properties, would get such for very affordable rates and then would enjoy mortgages of 30 years to pay back! Astonishing, to say the least. Proviso though, the opportunities to own are only opened for the church members only!!!!
TagsBishop David Oyedepo Canaan City CHURCH Housing Project Living Faith MAESTRO's MEDIA SOCIETY AND LIFESTYLE Winners Chapel