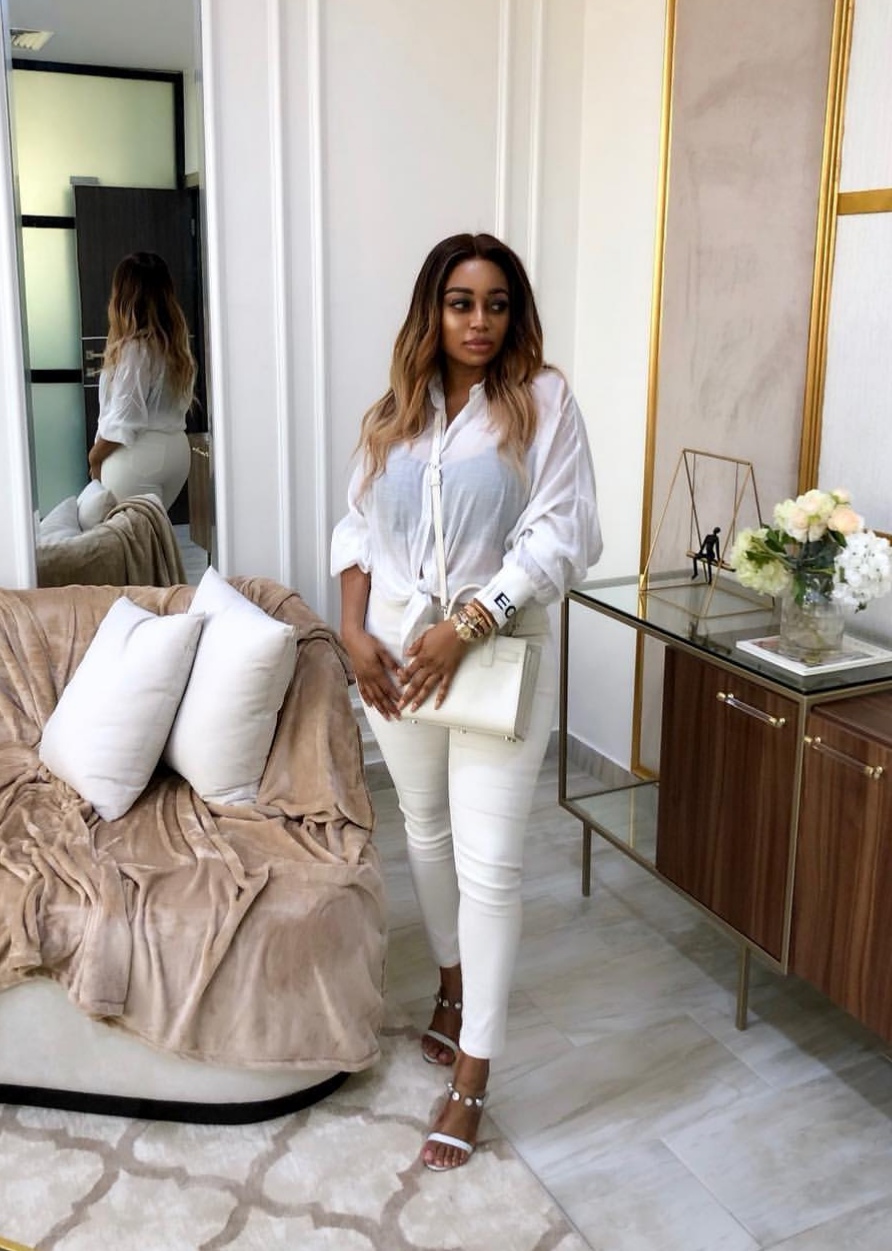 Is it a bad thing to be beautiful?? Is it wrong to be able to effortlessly combine beauty with brain? Why would anyone hate another for being a fashionista of awesome repute? Is it not a fact that Tracy is very good at what she does and so should be celebrated? And therefore she owes no one any apologies whatsoever for God’s natural blessings?

But the naysayers wouldn’t rest and wouldn’t agree. So why would these faceless naysayers, ‘anonymouses’ at that without spines, who are so scared of their own shadows, very lily-livered souls, without conscience, those who prefer to be masquerades, hiding in the dark rather than coming out in the open into the light to perpetrate their dastardly acts without conscience.

Just imagine the kind of tales by the moonlight they have been spreading about, about this angelic soul of lady, claiming that, all things bright and beautiful  all we see is plastic! Whattt!!!! They that all of the bodacious wonder and supremely sexy body we see with our very own eyes and that leaves our mouth agape all of the time, is all man made. In fact they went as far as saying that Tracy has been under the knife at least 5 good times! The claim further goes that, she’s done the surgery all of 3 times abroad and the remaining 2 times in Nigeria here. The naysayers even went as far as saying that one of the surgery was somehow botched and that it affected the pointers on her mounds. Whatttt!!!!!

That actually got to us as we are of the opinion that if that is true, then it’s a revelation that must have come from a trusted friend! And even if it were true, would she have shown anyone such a thing to anyone? And then, is it not even her body?

Just look at this awesomely blessed darling and see how God had taken time to sculpt the whole body to perfection and then some people want to give such credits to some doctors in America and Nigeria? What a nerve? ??

That’s not all ooooo. In answering our question about why she had decided to go low profile for a while now, under the radar, somewhat incognito. These naysayers also went about to claim that there was a reason behind that need to go quiet. They allege that the gorgeousness personified, has since found her missing bone in a US returnee whose initials could easily form (chief justice!) They say that, so in love are these duo that they are always together, in fact if you want to catch up with both who are permanent fixtures at Cocoon every Sundays, where they have a place always reserved for them, then go catch them there. According to their tales by moonlight, the tall, buff and good looking, filthy rich dude used to live in America and is now in Nigeria for now for one or two reasons before he would either go back or might not again. Dude is said to dote on Tracy so much and takes care of her with his substance and all. Ain’t that lovely ??

This super loved up couple are said to have met, when Tracy got a job to do up the dude’s place and one thing apparently led to another and they are now so head over heels in love with each other and maybe it could lead to both walking the aisle one day soon too. Dude has a dedicated friend though, said to be a baby Mama who comes in from abroad annually and when she is around, she only gets all of the attention. Dude is said to love humongous, state of the art automobiles. One of his SUV is in fact a one of a kind in Lagos. Dude we also hear is very nice and generous.

According to those spreading Tracy’s rumors, her main Bobo then by name Abdul and her parted ways after that attendant fiasco of a public fight that many had frowned on then. She was said to have loved the dude so much, that she was taking good care of him.But alas, the ungrateful dude who was at the law school a few years back still jetted away.

Bad as they might want to paint this very lovely and hardworking lady, from what we know, nothing can take away her shine as she’s using all the negative vibes as her stepping stones to greater height. As we speak she’s gradually building her own mini-mall, which insha Allah would soon be ready and would0 be celebrated to high heavens. And to tell all the naysayers that they should all go to blazes, you need to see Tracy sometimes late at night when she goes out looking super sultry stunning in those sexy skimpies that show off her dashing shape to the world.

*3SOME at The Muson*
HOW COME THIS ADMINISTRATION WAS ABLE TO STIFLE MR. JIDE OMOKORE’S GLOW?
Comment