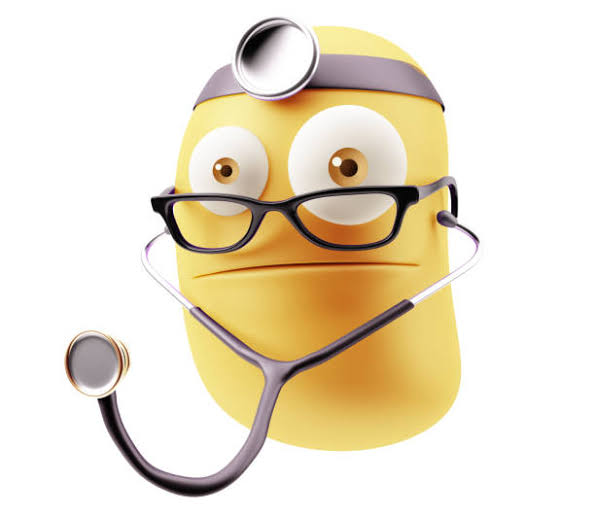 We hear he is the angel of help that all the gals, ladies, women and some men had been waiting for all this while, so since he came on the scene his place has been the mecca of activities for those in need of one help or the other.

He is the supposed force of nature, that is helping many ladies to achieve their dream bodies, dream shapes, correcting whatever it is they feel is not right or helping to put to shape any part that has gone south or that just needs help generally.

When you suddenly see those you have known before with flat arses, derriere, buttocks and straight hips, no waists, small boobs etc suddenly start showing off their new spanking bodies on Instagram now with shapes, boobs and things to die for. Flaunting their new buttoms to the world with delight, then you know for sure that the magic hands of the man of the moment has waved his magic wand and abracadabra, a new woman has emerged, all brand spanking new. Some even call him the “bum bum carver” . Mennnn what a job to do daily!! !

And he is most likely to be the most popular doctor in Nigeria now. That’s talking about Dr. Ayo and the other older Doctor, Dr. Femi.

In Nigeria, it’s no more just about flushing out the melanin alone invasively (from inside out) to emerge pure white (oyinbo), though the end product most often still comes with some slight discolorations at some strategic places like the elbows and knees and sometimes the ankle areas, but some still boasts of being able to achieve all round even ‘toning’ without any dark spots whatsoever. Now though, it’s about having a ‘360 degrees’, all round, total change of outlook. The ladies seem to have rediscovered all over again, what the men want and by men, we mean those with the cash, and not just all mere men. So to be able to compete well for the undivided attention of these few made men, who would go to any length to spend for their specifications, the ladies are redoing totally, in fact rejigging were necessary what nature gave them, to emerge more structured and more in your face. It seems to give them the required confidence and saleability that they require or desire badly.

Many of these ladies, both young and old, are going the extra mile to get sorted, to have the body to die for. While some want the end result to look as natural as possible, some are just going all out to stand out at all cost. What many have seen done on cable networks like it was far away as since become a near home experience. And since all cannot fly abroad to Miami and the likes (that’s where TM 1st did hers, before coming back to Lagos to correct it after sitting too early). There’s a surge in the numbers of those that have engaged in one or two or even more procedures now. Though most like to keep the fact under wraps, as they want most to believe they just achieved their desired body through natural means.

FF & KK both well known entrepreneurs in the lifestyle business in Lagos in Lekki, both have backsides that defies the law of gravity now. So pumped out are their bazookas that they are always the cynosure of all eyes whenever they step out. TM & DL now have more rounded behind that they flaunt now at the drop of a hat.

Now instead of all the expense to travel abroad and the likelihood of even still getting a botched procedure done by the many fakes that litter the US, Lebanon, Philippines, Brazil, the UK etc where the rich or well to do, those who could easily afford it then used to go to do those quiet nips and tucks before it became as popular as it is now. Now no need anymore to fly abroad  again as there is the ready made answer/solution in Lagos, Nigeria and his famous name is Dr. Ayo in VGC.

We hear that the dude is raking in the cash like there’s no tomorrow and smiling to the bank nearly everyday for procedures done. In fact some say there is like a queue. The who is who have felt his magic touch and testimonies abound already. We are still compiling the names of those we know who have gone under the knife at one time or the other.

Dr. Ayo from the little information we have gotten went to Medilag, that’s the famous University of Lagos Medical school, a few years back before going to further hone his skills abroad and now after a few years of practise, like an acorn has gradually grown into a formidable oak tree that’s still spreading its branches MD helping to make many dreams come true. He is said to be in his early 40s and he is probably the most visible, most celebrated plastic surgeon presently in Nigeria.

From sleeping as an ugly duckling in one day, you could now emerge from that your slumber now as a Cinderella, that Prince charming would just be falling head over heels for as you emerge with a full new body and new attitude all by virtue of the magic of Dr. Ayo.