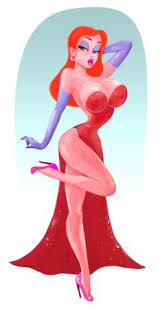 The recently concluded and quite successful Arise Fashion Week 2019 was full of many great dramas or scripts for stories. Just imagine being surrounded by vicious so called enemies, all of who if they had the chance or powers, would have commanded the ground open up to swallow yours truly alive, if it were still possible, as it was in the days of the the great Moses. The hate energy that pervaded the atmosphere from many of these people was so thick one could hold it and it sparked & could have burnt the sun ☀ of it were possible.

Right across where we sat on the 2nd row of the frow, directly opposite was us the incredible omo na bouncing, the rave of the moment teaching all young comers how to make money was TM. Truth be told she looked every inch a smashing bombshell. Just a seat right in front of us and one seat away to the left was so called arch enemy nos 1, that’s talking about the Michael Jackson loving IW.  As expected, you can’t fault her style. Everything was impeccable. We are too sure she would have moved seats, if not that it would or could have made her look weak. Next to her right and seated just in our direct front, looking  screamingly hot like fire🔥, was Chioma. Directly opposite, just across on the other side was YR, the Lagos & Abuja based designer and her husband JR, both would have loved to tear one apart like a weak fowl. About 5 seats to the left of my front in the frow, just 4 seats away from IW was CS, the ‘international stylist’ whose late dad was in the military. She was sat not far from the owner of that outstanding concept store RF who is not on terms with IW, for obvious old reason. Imagine that a few years back, when we were friends with CS then, who used to then work at the oil and gas concern where WT is the boss, after CS and IW who were partners in a lifestyle business venture then, had a major falling out, their office then was at IW’s house, CS told us then that IW was a petty thief, someone with magic fingers! Just imagine the impression created in our minds since then. Now both are back to being chummies/friends! But how can she undo what she had already said since then? We saw both cooing about each other, on this and that and we were wondering about so many things. Hmmmmmmm. Life.

But away from all the shenanigans above, this story is not about all that, but about our incredible DL’s humongous backside that even the seat she sat on, on the frow had to salute and say Sai mama. Mennnnnn, those humongous contraptions now at her back, as constructed by Dr A, are a good laugh sight to behold! Just Imagine, that as she sat on her seat, in our clear view, the left side of the thing, shot out with small vex seeking attention. And then when she got up to walk, maybe just a quick visit to the convenience, she literally got everyone’s attention immediately! It was like everything us stopped.

You know the kind of look/stare where the people were somewhat totally transfixed by what was before them and they then forget themselves momentarily, following your every steps all the way, staring at something of major interest, till you go away from sight and then thereafter they start laughing and talking animatedly about the scene they had just viewed. DL who most definitely must have known she had gotten people’s attention, with the steps of a cool cat, who knew she was probably the cynosure of all eyes, just pranced on like a ‘proud peacock’, that she is showing off her incredible plumage in living colours to the envy of all. Dr. A should be very proud of his work and himself, as DL showed his proud wotk off gallantly and because of her we can bet and know for sure, more customers would soon be heading his way to book for appointments for one procedure or the other.

What a bum, in fact bum of life!!!! Kudos ex-queen. Just imagine that someone who know DL so well told us, that she can lie for Africa. And that every word from her needs proper verification at all times. Hmmmmmm!!!!!

ALL HAIL NIGERIA’S MOST STYLISH LADY. THE INCREDIBLE, THE INCOMPARABLE, THE SUPER STYLISH JULIET OLAONIPEKUN AKA #LOVEBYJULEZ!!!
AND WE HAVE LOST OUR FRIEND EMMANUEL BABATUNDE BAMIGBOYE. AS HE DIED IN HIS SLEEP IN LONDON.
Comment