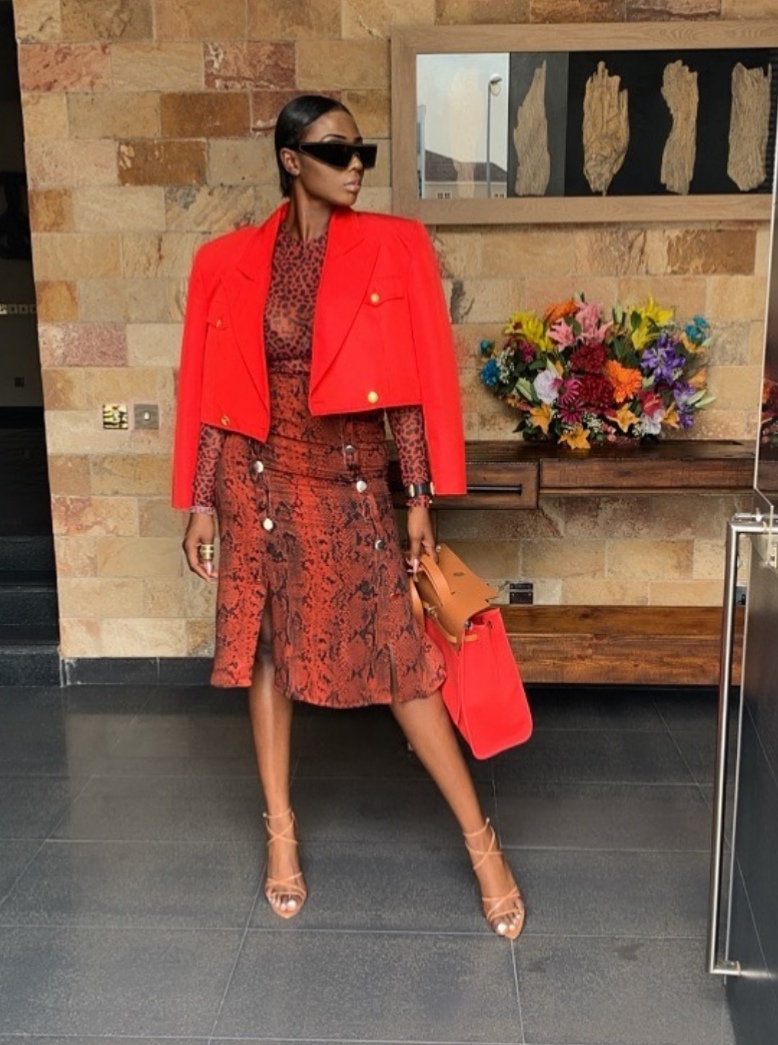 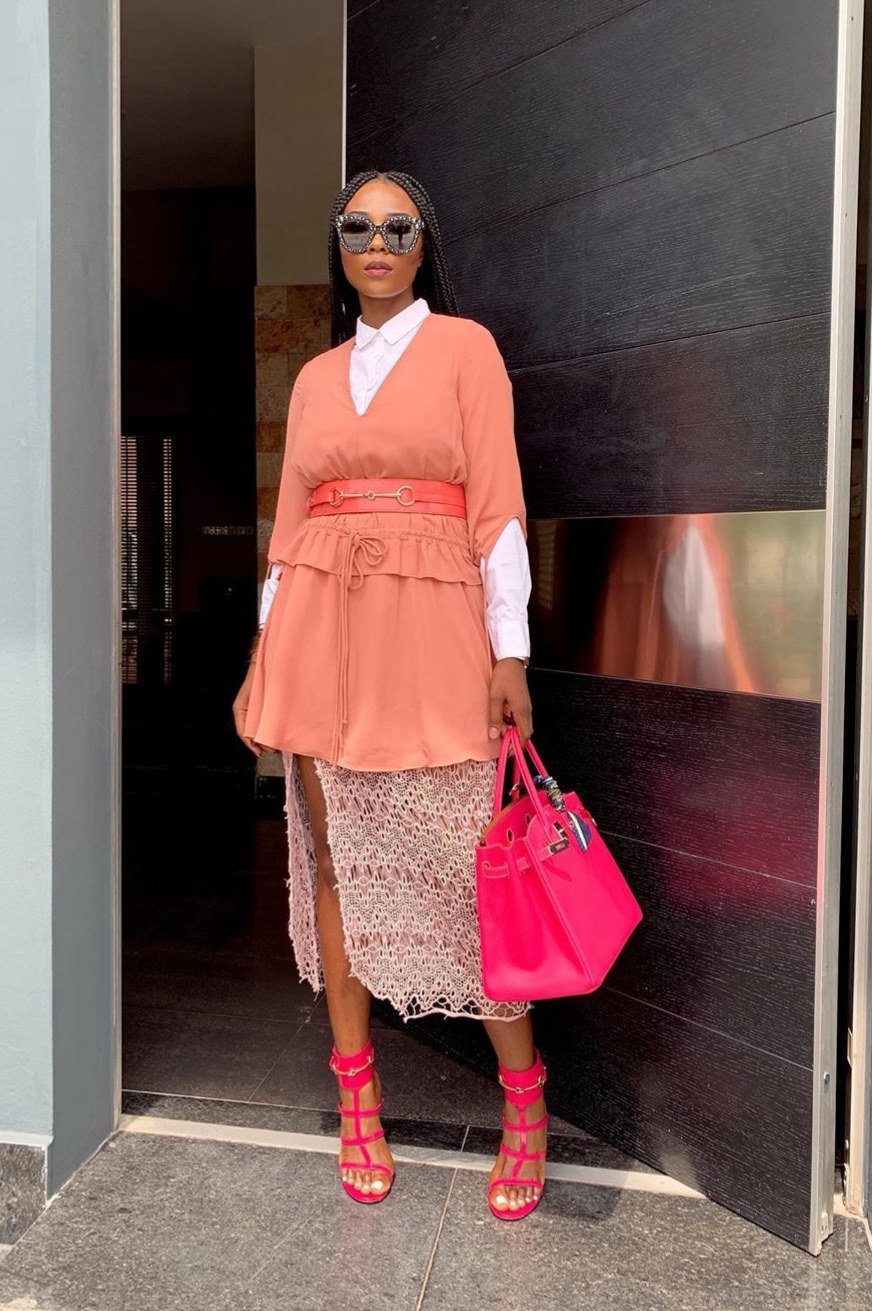 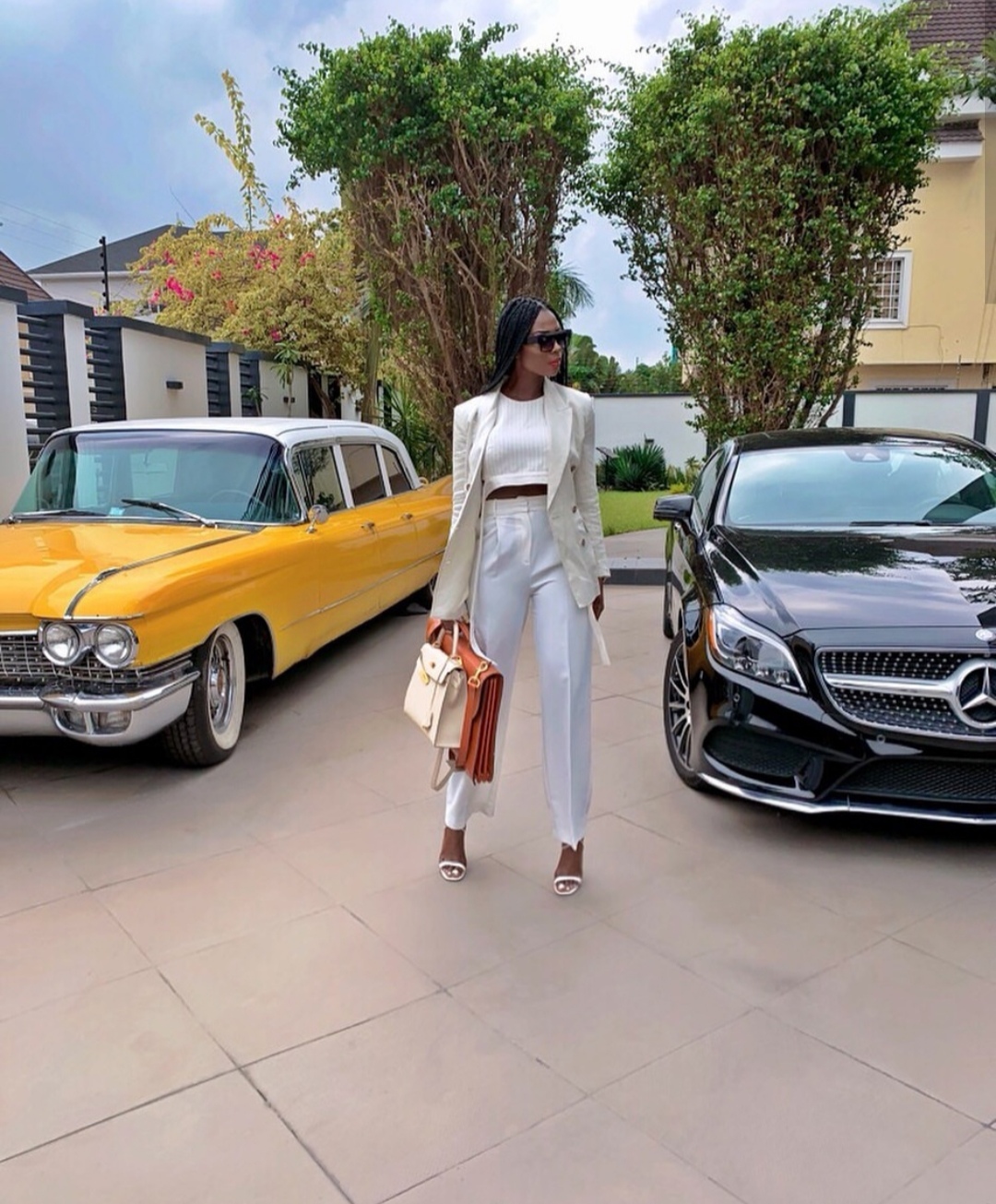 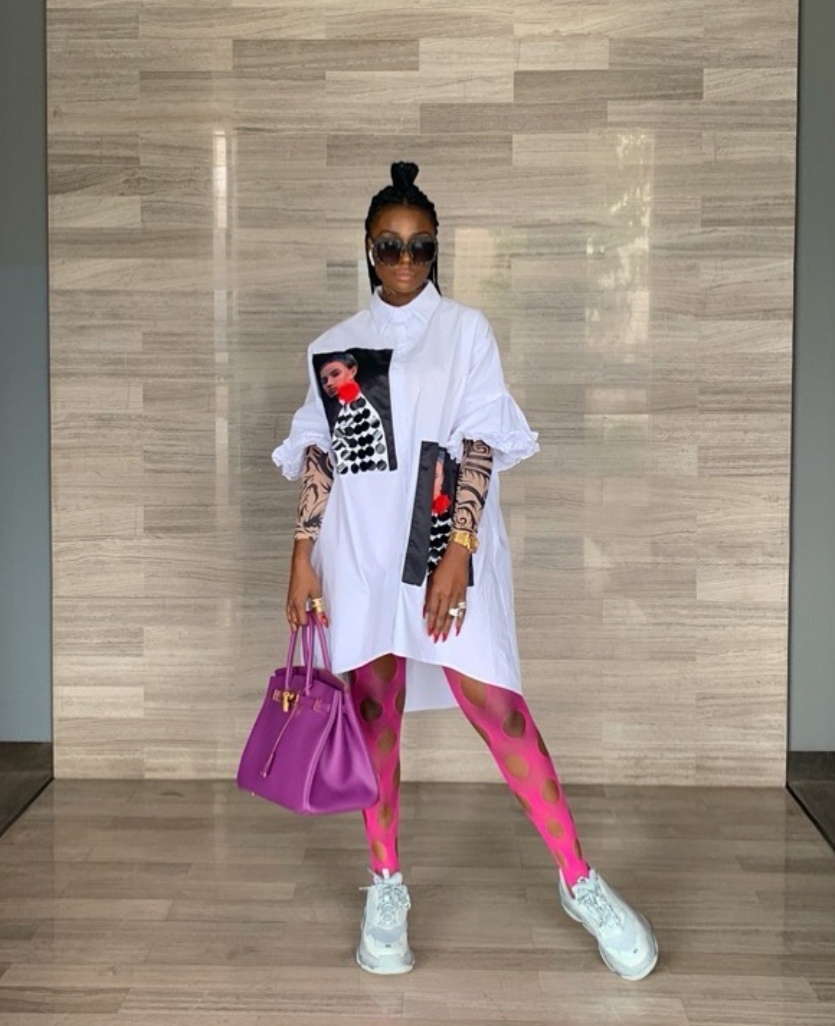 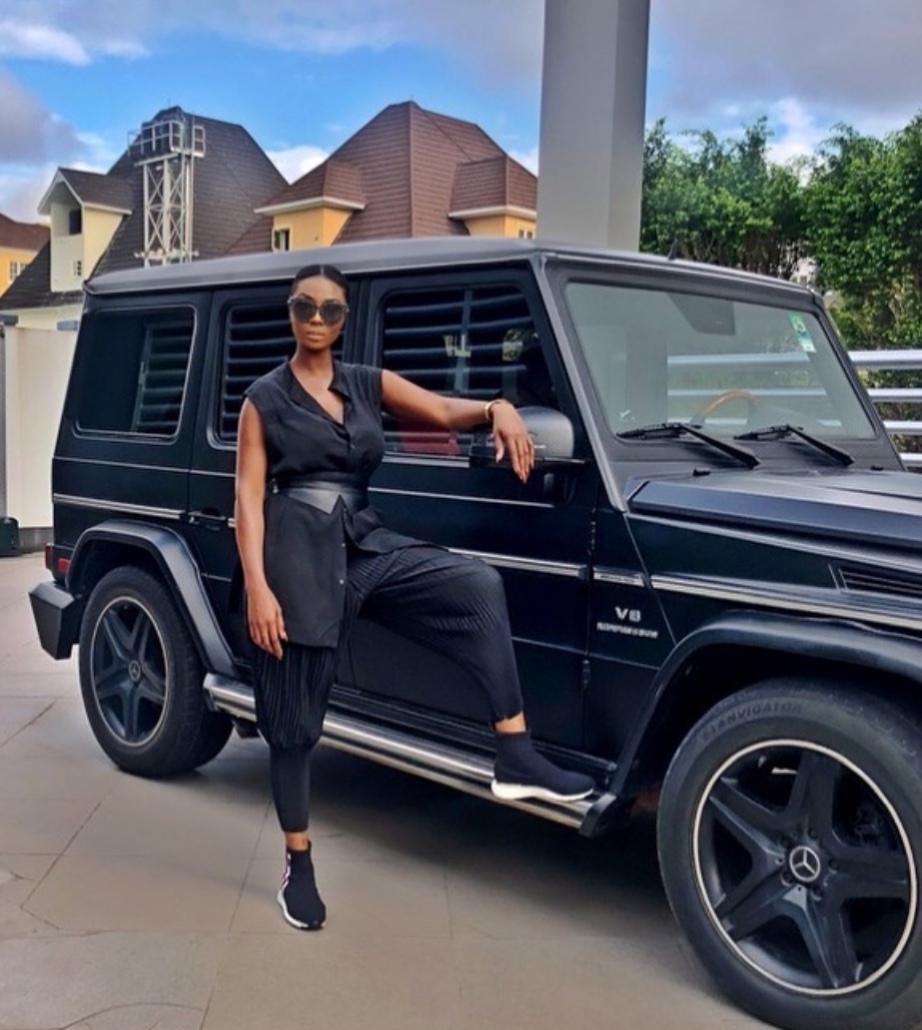 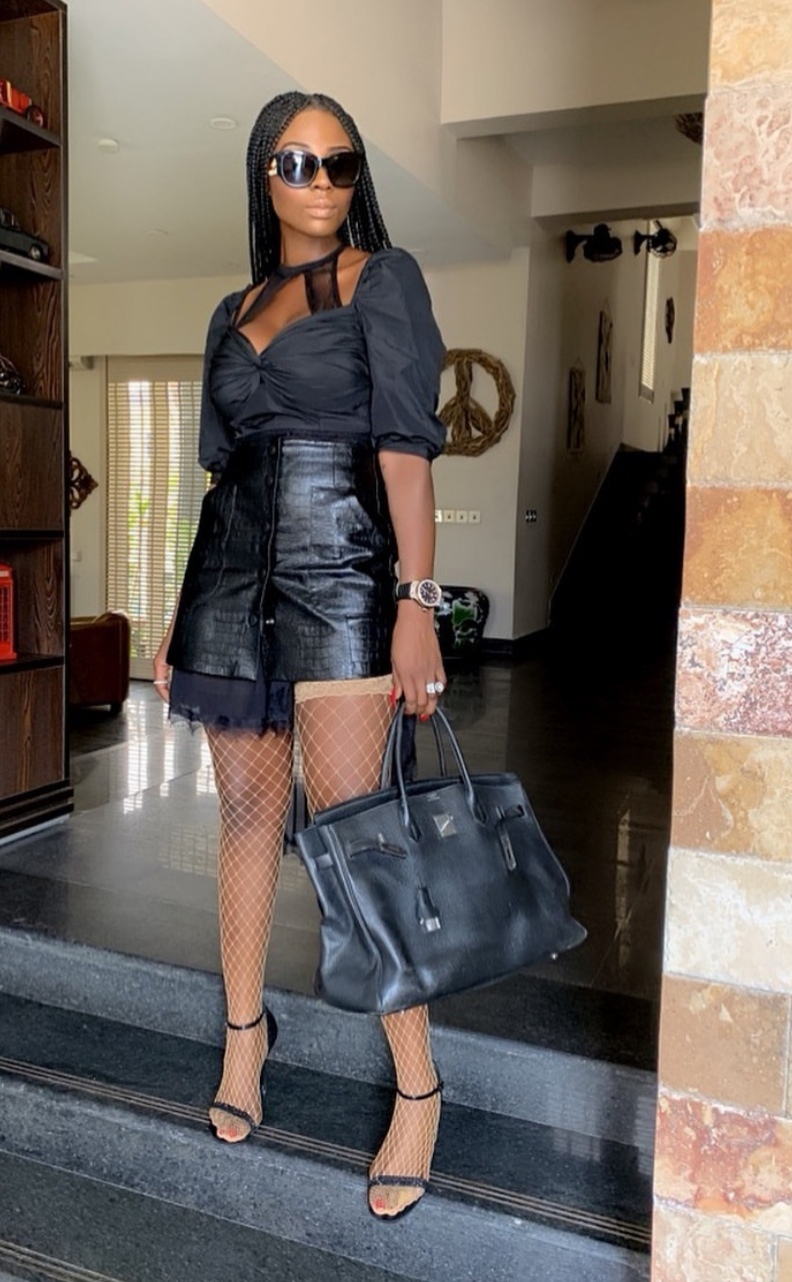 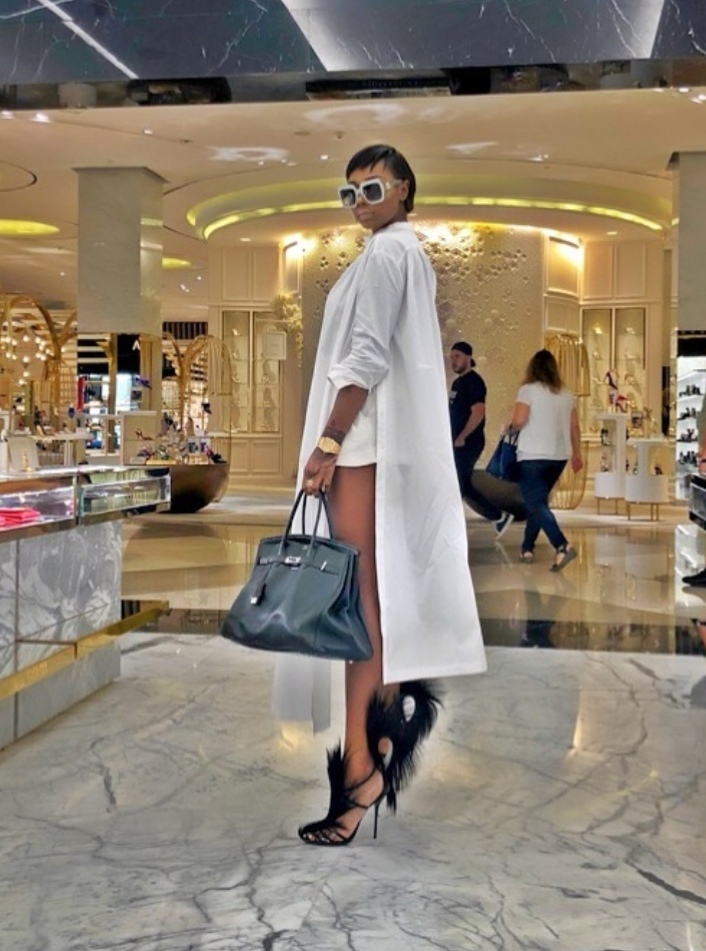 With what we have seen over several months now, #Lovebyjulez, whose real name is actually ‘Juliet Olaonipekun’, stands out outstandingly as probably one of the ‘most stylish Nigerian lady’ currently in the whole universe, especially on the gram. Her wardrobe must be humongous and from the looks of it, totally and unpretentiously intimidating. Filled most especially with all the latest and best brands, quirky, stand out and avant-garde, all of those beautiful things that money can buy or afford. The likes of the Bottegas, the Chanels, the Guccis, the Louboutins etc…..

The beauty of it all is that this lady by name Juliet, has the height and body that carries what she wears well, with loads of oomph added too. Not only is she like a professional model with all the outrageous confidence in loads, with the good height added to the great shoulder, then on the overall she has the grace and attitude needed in good loads too. She’s probably one of the most celebrated Nigerian ladies on the gram. One that people at least check her page daily without fail, to see what is it that she’s garbed in again today, People always always wants to see how she would turn out again and again and again. Just to show that with her, style is all encompassing and just not about clothes and bags and shoes alone, even 2 of her of her known cars, one a beautiful Mercedes Benz saloon car and the other, a matte black, super fine machine of a car, a hybrid Mercedes Benz G Wagon, G63, are both intimidating gorgeous too.

What basically has arisen loads of curiosity about Juliet is that people who see a lot of her pictures on the gram looking badass outstanding every time and every day, like she never ever has an off day or a bad day such that she’s never well turned out, are very curious to know what this quite impressive lady does for a living. And we are also very curious too. But what we have heard, though not substantiated in any way, is that she is a PR/political strategist to the very powerful and the very important people. By that, it just means that her clientele list would boast of those in Government and even the government herself. In fact several state Governments and even the Governors and other Government officials could be included.

And like you all already know well that, if you are well patronized by Governments and her officials in this our clime and if you are seen or known to deliver on your promises or tasks given, then the sky would most definitely be your beginning as the funds would most assuredly pour in like a waterfall, that you would be swept off your feet by the avalanche.

If the above then can be the case, then one would easily be able to understand very well why, Juliet can easily be the lady with the highest collection of the iconic Hermes Birkin Bags in Nigeria and most probably in Africa. From the pictures of her that we have seen, she probably owns all thr colours of Hermes Birkin bags available. Though we have heard vicious snide remarks, where people have insinuated that her collection might actually be a mix of the good and the bad. But we actually doubt the insinuations though! If you work pretty hard and earn good money money, you can probably spend as much as $200000 dollars or more to acquire a collection, if that’s your cup of tea or coffee or would it be cappuccino!!!

Juliet aka #LovebyJulez, from what we have seen has the Birkin in probably all the colours ever made by Hermes till date. If you want to know for sure or are in doubt of what we are saying then, check her out on the gram as she dazzles on endlessly day after day after day. If we are to calculate at least the value of the collection of Birkins and Kellys we have seen, a conservative value or estimate would come to not less than …. $150,000 (that could come tk a staggering N54 million Naira) just the cost of great machine!

We actually know for a fact that with women there’s no chill at all. Once they feel intimidated by another of their kind, or they just feel that one seem to have it all going good and that they don’t and cannot readily come across a dent, then the next thing is for them to attack that one and try to bring that one down. They would and are ready to go all the way to smash that one down and give the one a major, unprecedented pin fall, that the one might find it hard to recover from, if she’s not strong enough.

And part of the varied weapons at their disposal, in these women’s vast arsenal, that these various anonymous rivals/competitors would use are, to terribly disparage their perceived enemy via snide remarks and terrible comments  that can make a weakling begin to doubt him or herself..

But surely not this one!!!!

#LovebyJulez, is no slouch from what we see and she’s no doubt, one of the most celebrated female Nigerians on the social media. And since she arrived on the scene, everything about the tall, Google-eyed fashionista of the highest repute has intimidated everyone and put them on the back pedal. You are either admiring and salivating or you are just plain hating and unpretentiously too at that!!! Most especially those ladies on the gram that would want to live her kind of life themselves given the opportunity.

Ride on girl!!!!
More pictures after the break. 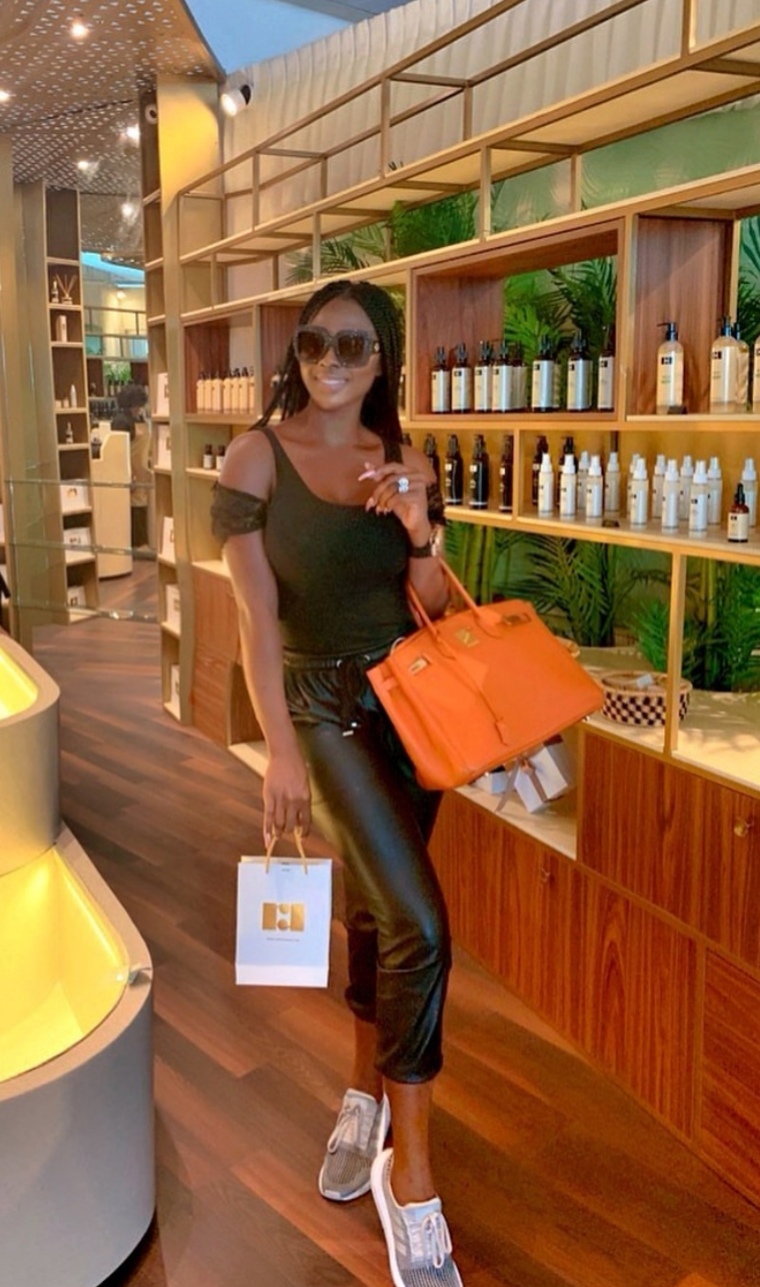 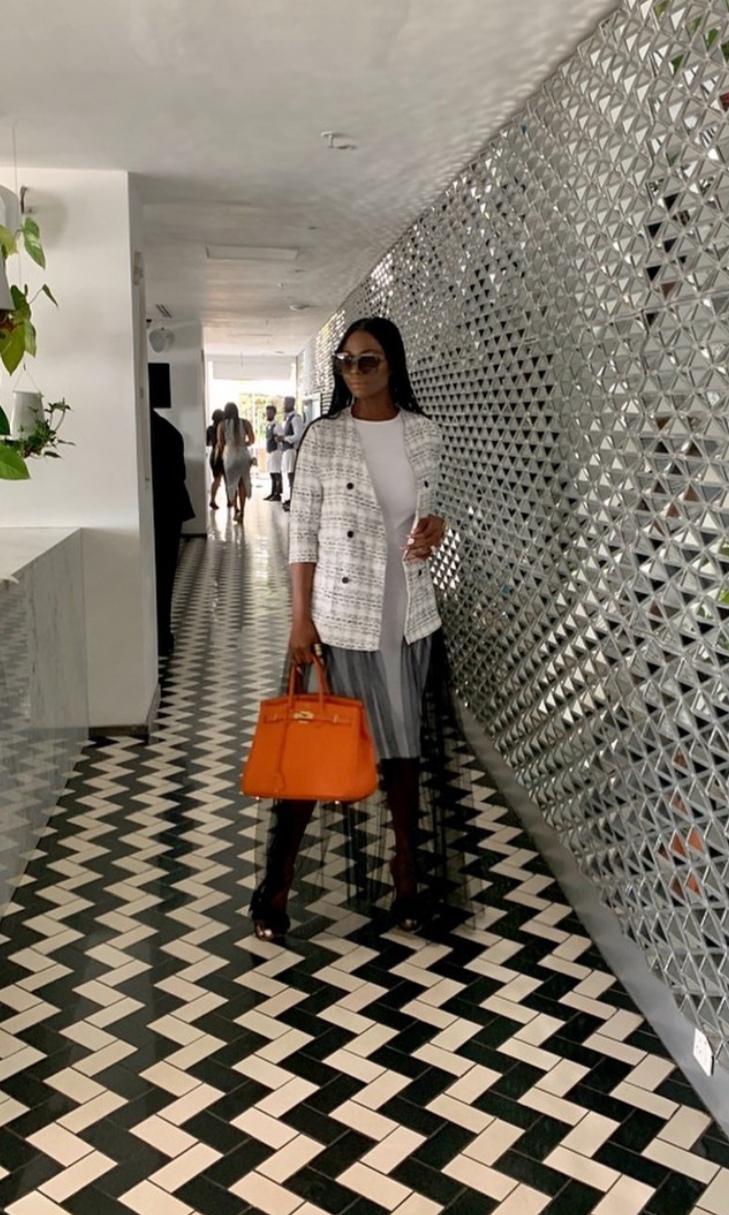 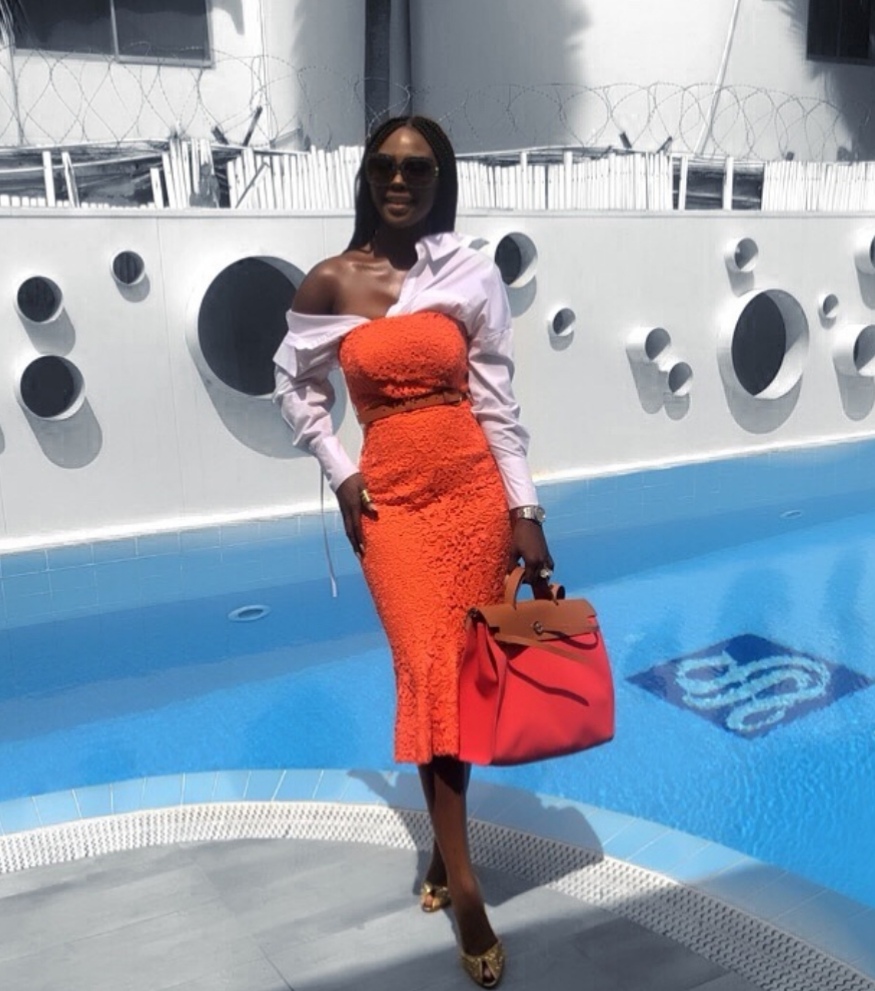 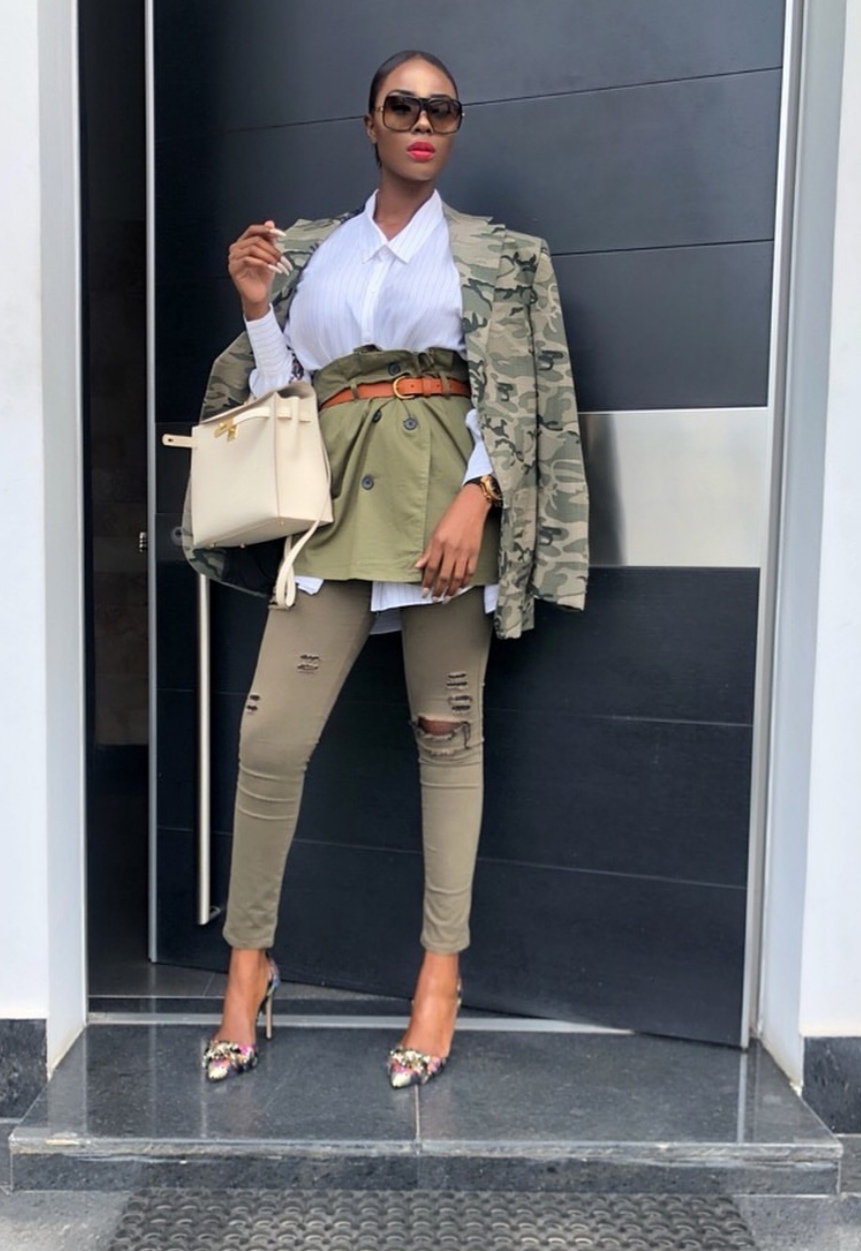 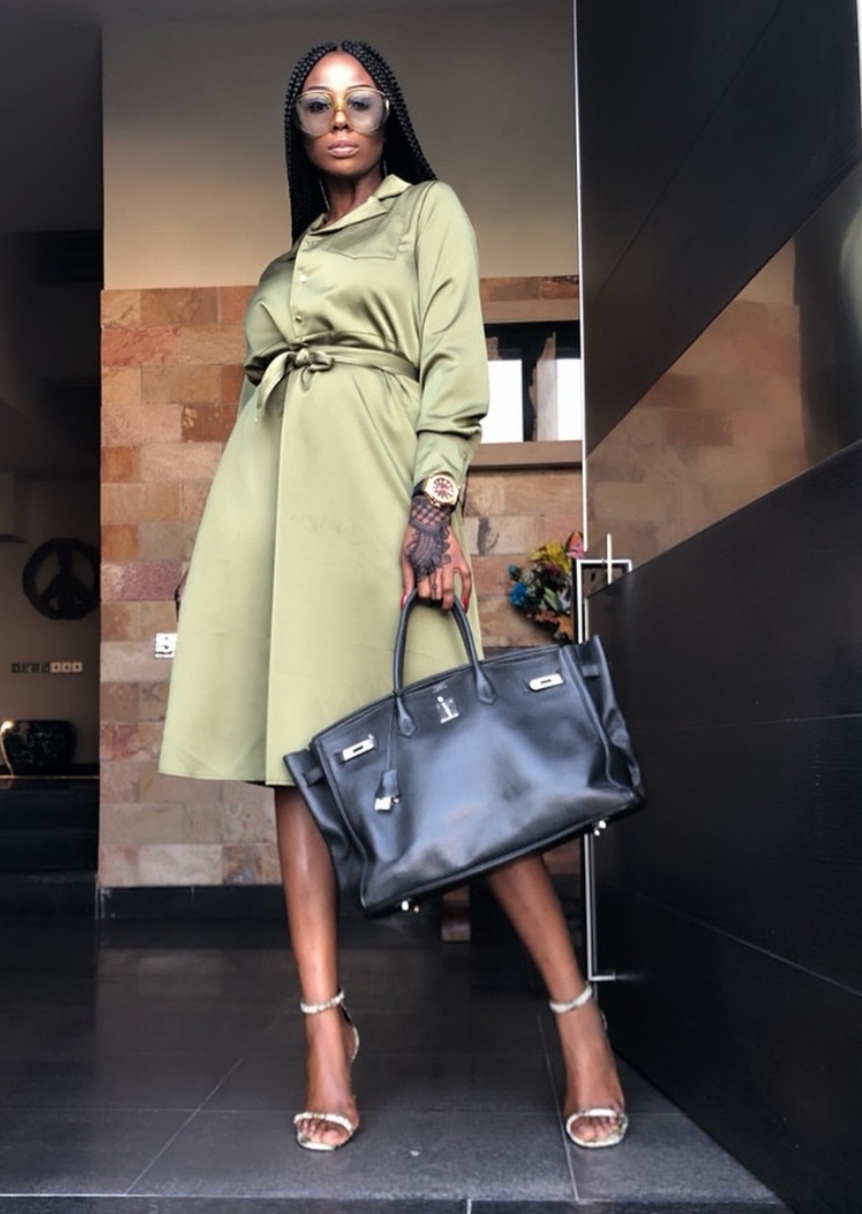 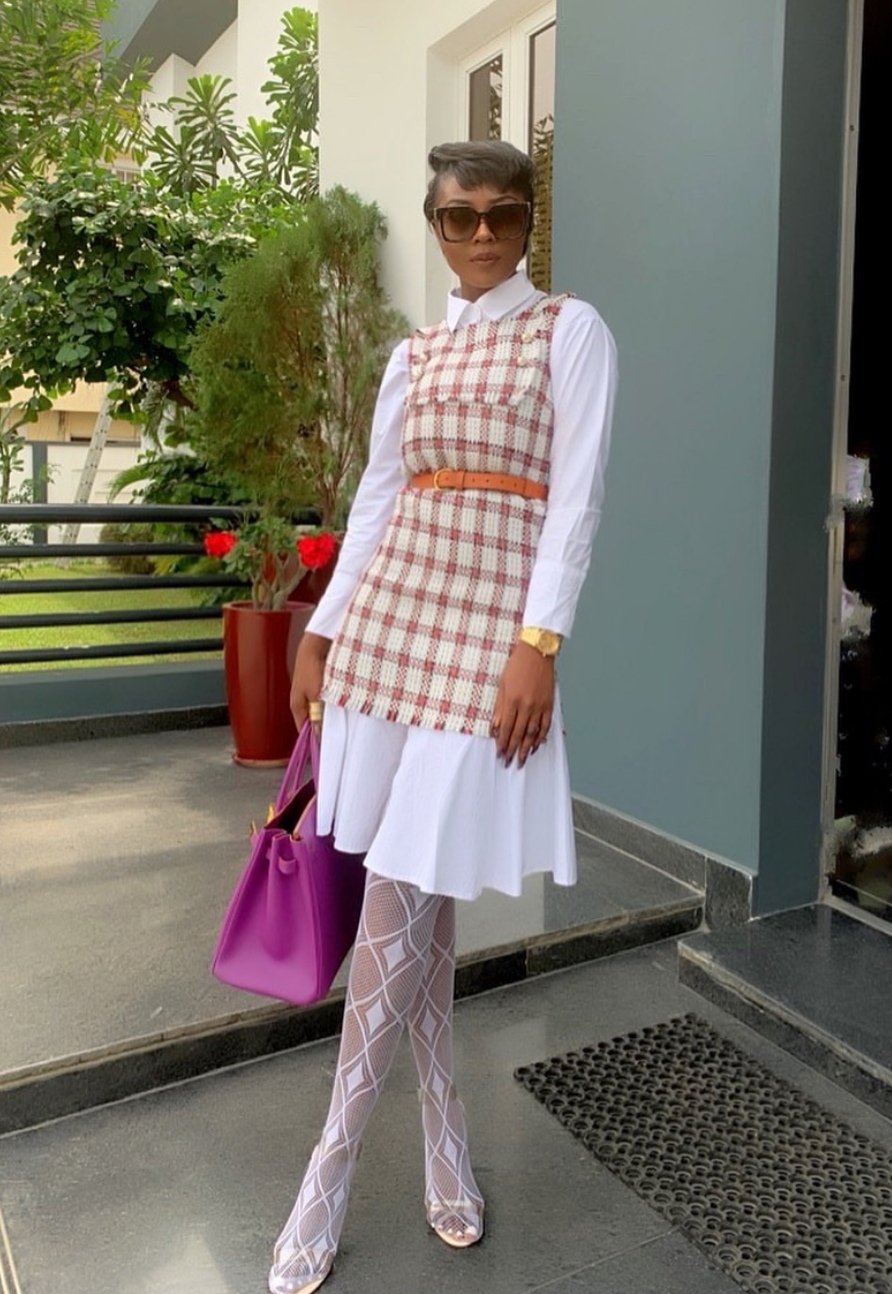 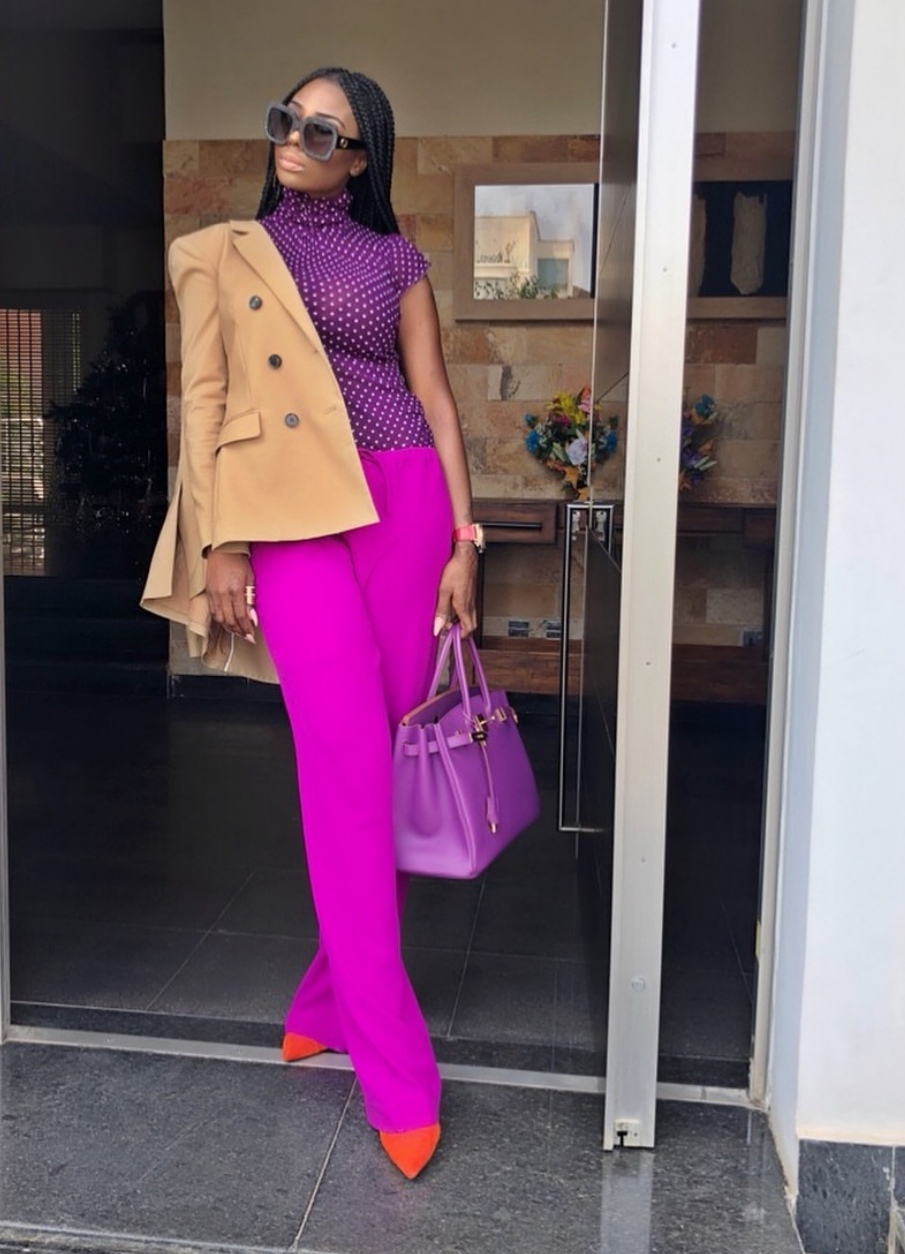 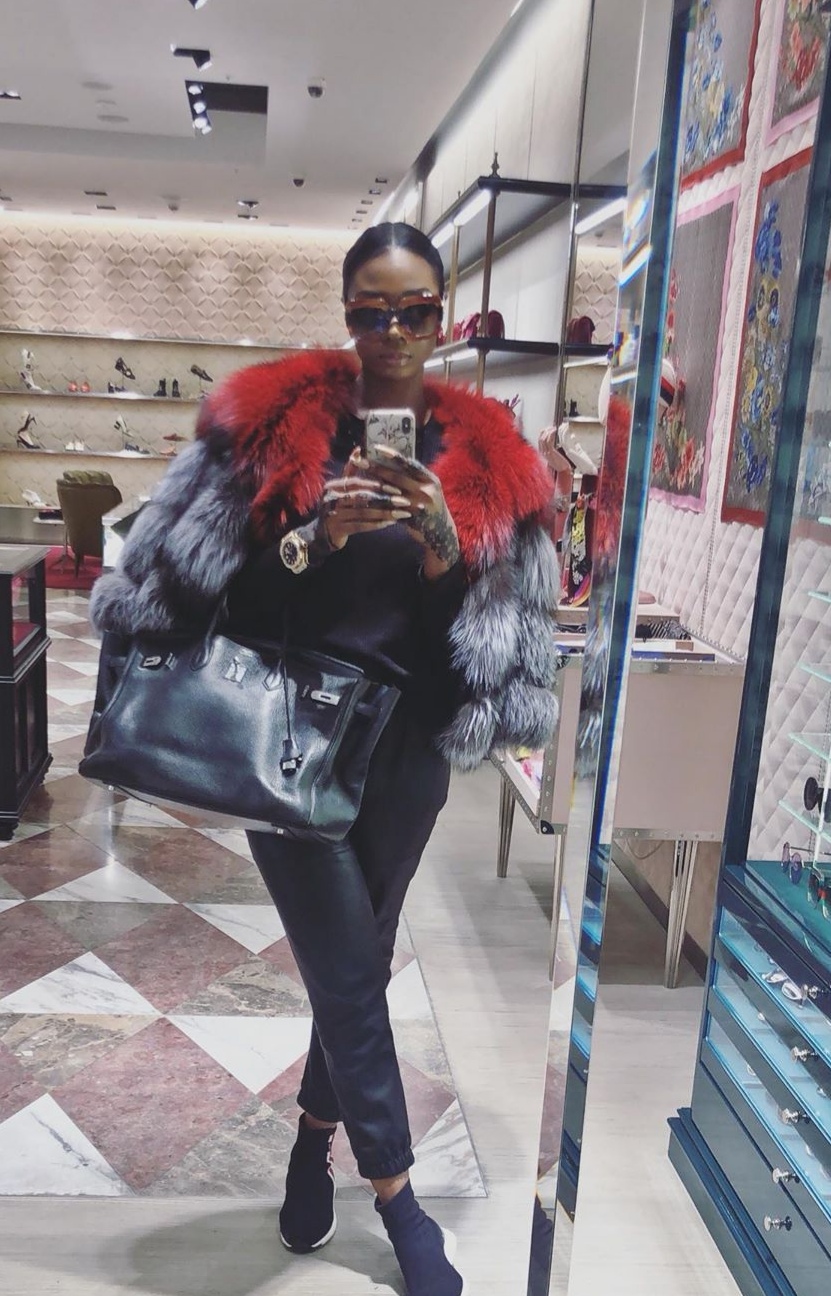 WHEN THE AWOLOWOS UNITED IN HOLY MATRIMONY WITH THE OLABODE KAYODES AT A SURE CANDIDATE FOR THE WEDDING OF THE SEASON
WHEN DL’S PACKED FULL OR PACKED FILLED BACKSIDE CAUSED A STIR!!!
Comment