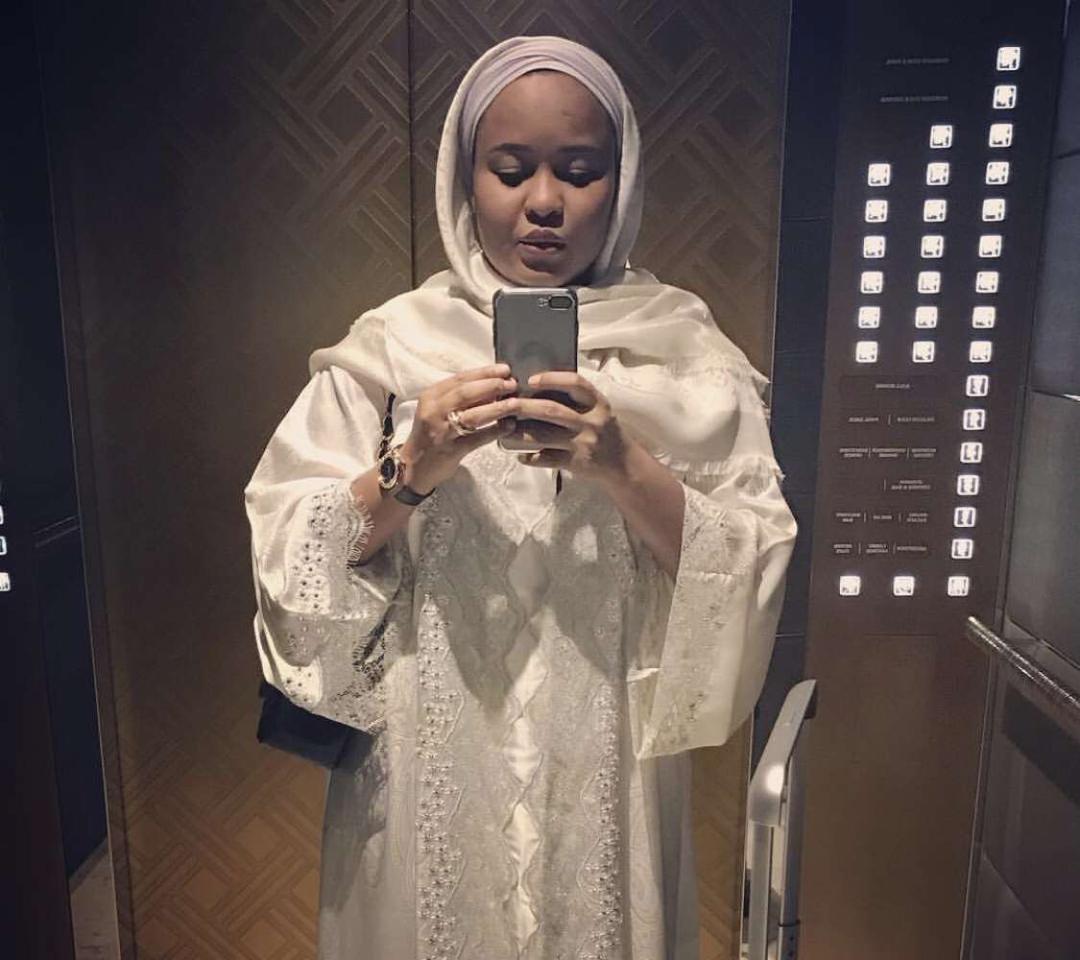 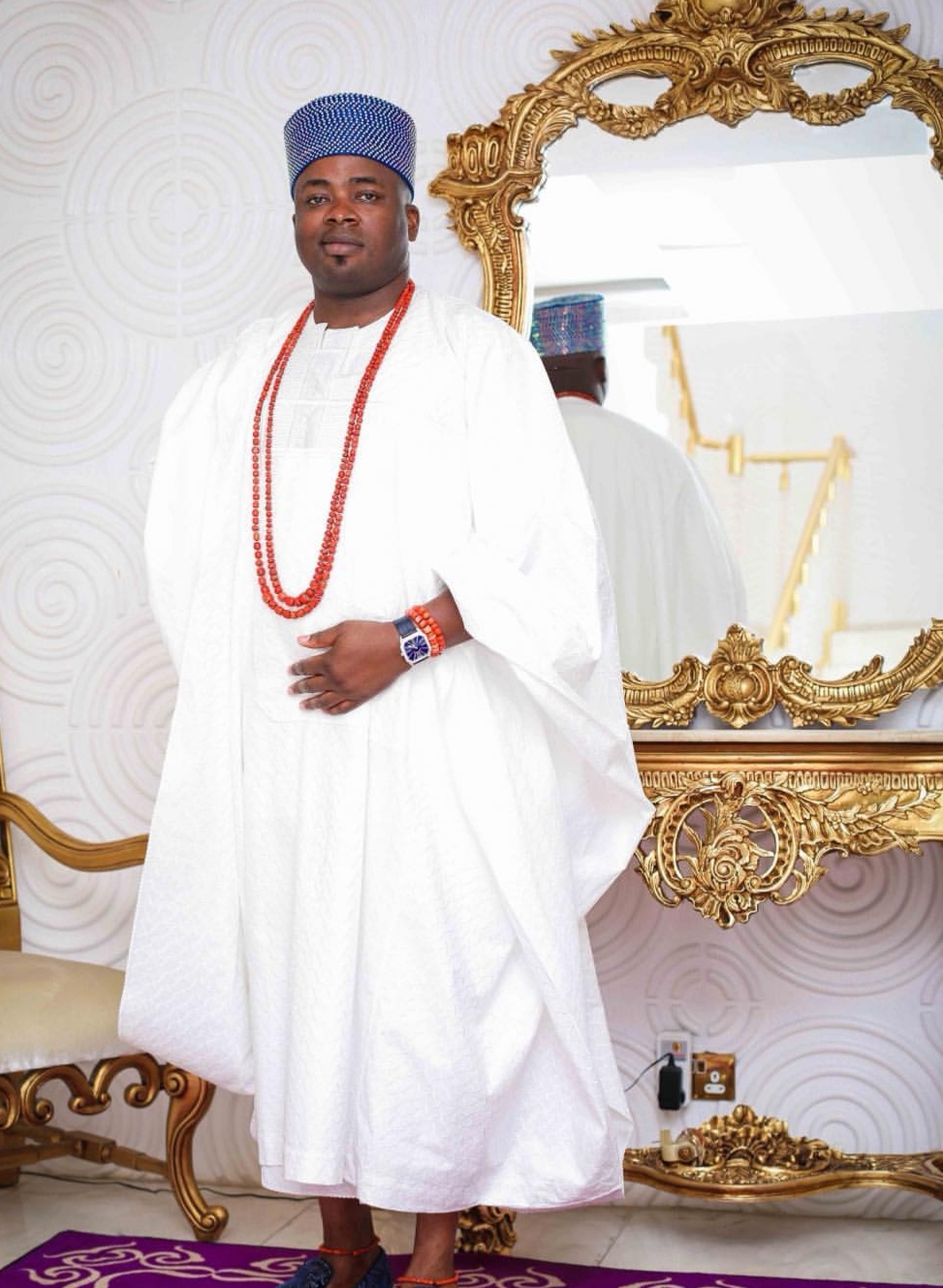 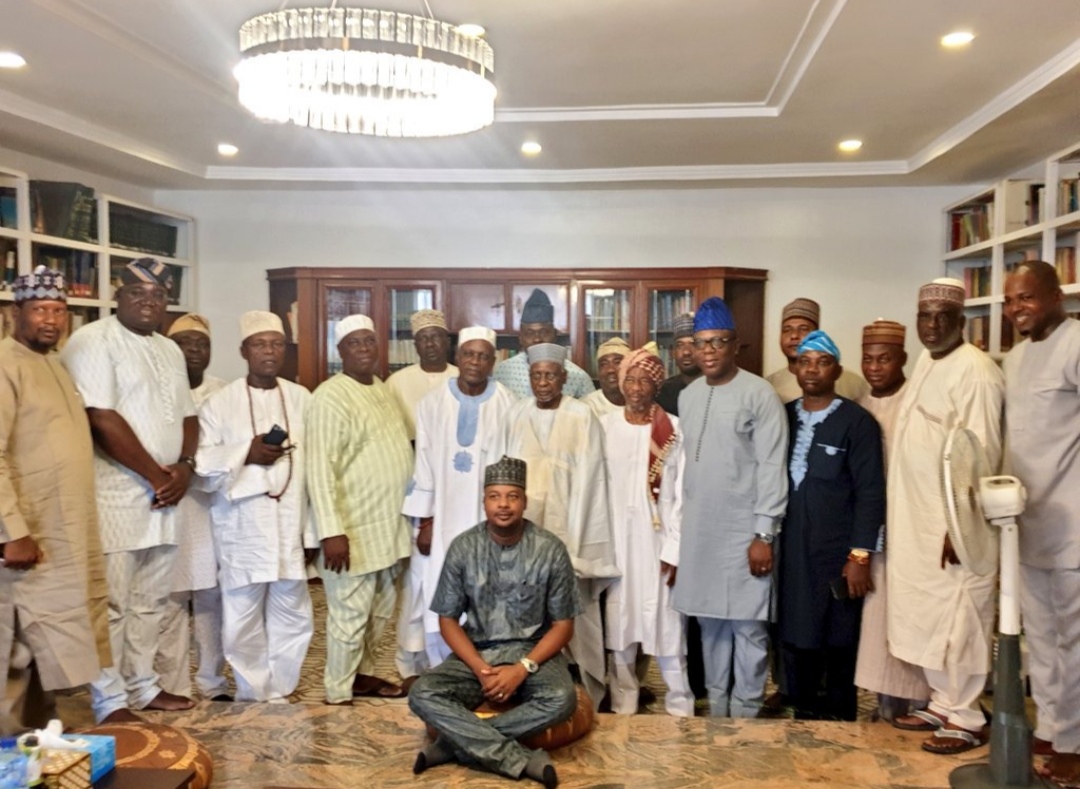 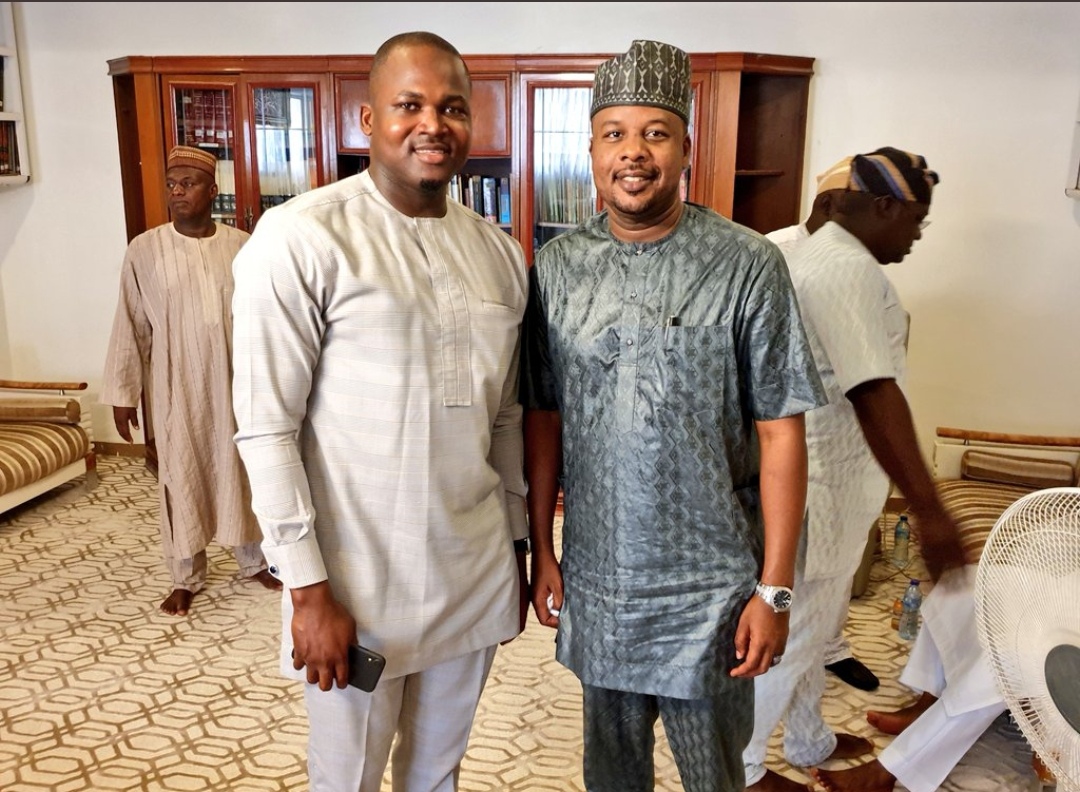 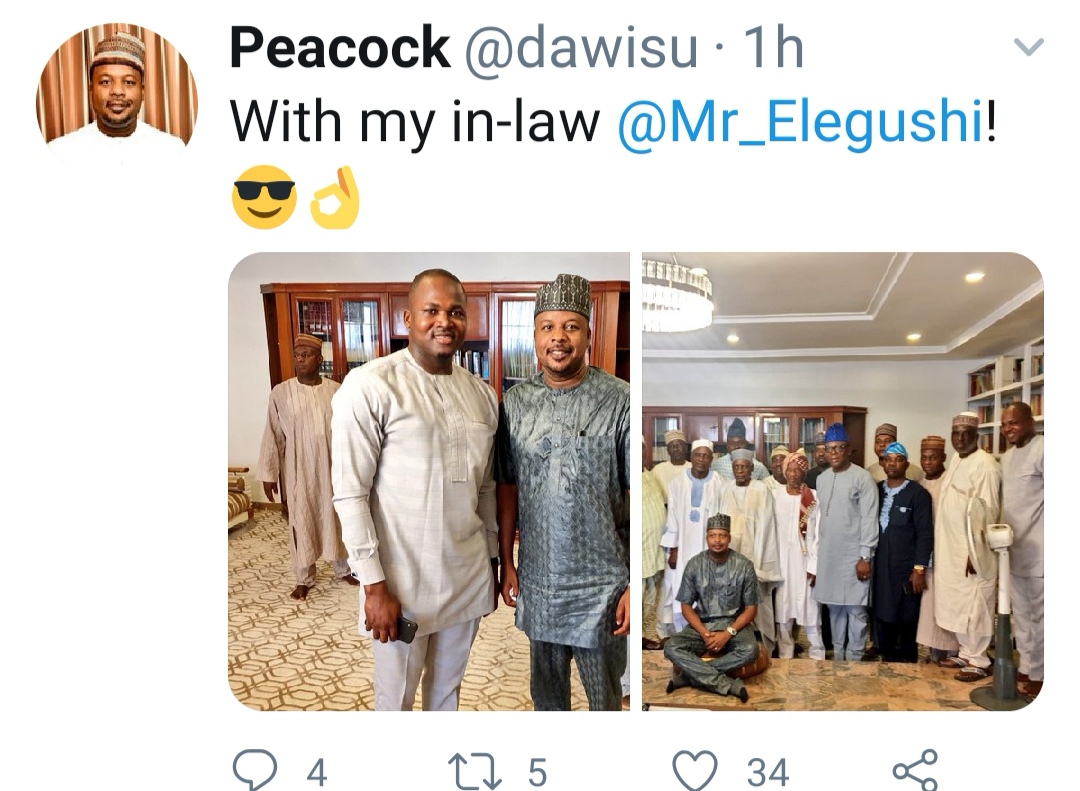 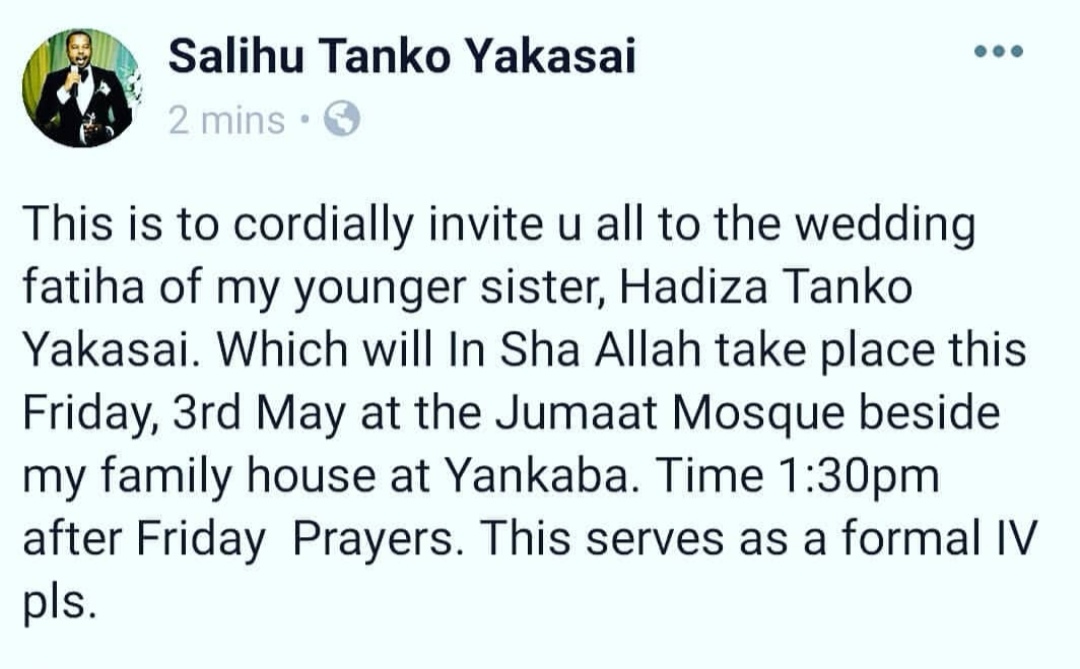 The super rich and quite handsome monarch, said to be one of the youngest royal fathers in Nigeria, who reigns over the vast IKATELAND on the island tomorrow, May 3, 2019 in far way Kano State would at a Nikkai ceremony, which we trust would be massive or lush by all standards take as his second wife, the delectably stunning ‘Hadiza Tanko, who is the younger sibling of the Special Adviser to the Kano State Governor, Alhaji Dr. Umaru Ganduje, that’s talking about SalihuTanko Yakasai

The very excited elder brother of Hadiza had taken to his social media pages on both Twitter and Instagram to happily announce the upcoming betrothal, excitedly inviting the whole world to be there to celebrate with the family. The light skinned Hadiza, who is a stunner par excellence we hear has been the hearthrob of the young king who is in his early 40s for a while now.

Hadiza from our findings, is a ‘Business Development Manager’ at a oil and gas firm. The first wife of “Oba Saheed Ademola ELEGUSHI, Kusenla III” is none other than the super stylish and gorgeous “Olori Sekinat Aramide Elegushi nee Ipaye, who is his wife of many years standing now and between them, they both have 3 very gorgeous and extremely smart daughters.

With Hadiza joining Kabiyesi’s growing harem now, it means that there would be 2 oloris in the palace then. Many had speculated over the years about whether the Elegushi would marry more than one wife as tradition stipulates. But many also pooh-poohed the idea then saying that the young king would never marry another wife just out of loyalty to Olori Sekinat Aramide, who he had met when they both were still at the University years back.

When they got married in 2003, making it 16 years come May 24. It was a big event then, with K1 the ultimate and KSA on the bandstand. Now in 2019, with him now as one of the wealthiest kings from the south west, tomorrow’s event might turn out as an off the hook thing. Today is what the Northerners refer to as Kamu, a part and parcel of the tradition and culture of the North.

There are  actually 2 pre-wedding ceremonies
First one is called :Wuni (Sa lalle)
This is strictly for the ladies. This is when the bride gets to spend the last bit of free time with her friends and female members of her family, in her fathers house. Then a mixture of henna is made and used to make beautiful designs on the bride’s hands, palms and legs. Friends and family also get henna designs on their hands too, but not as elaborate as the bride.

Then there’s the Kamu.. (which in actual fact means to Hold. Amarya means the Bride) Kamun Amarya: this pre wedding ceremony adds more color and glamour to the wedding. The Sayan Baki is a negotiation between the grooms men and brides maids, debating on the amount to be paid before the bride is allowed to speak to her groom. The decorations are reminiscence of A mixture between Arabian/Northern Nigeria and Indian culture,.

Congratulations to the king and his newest wife.