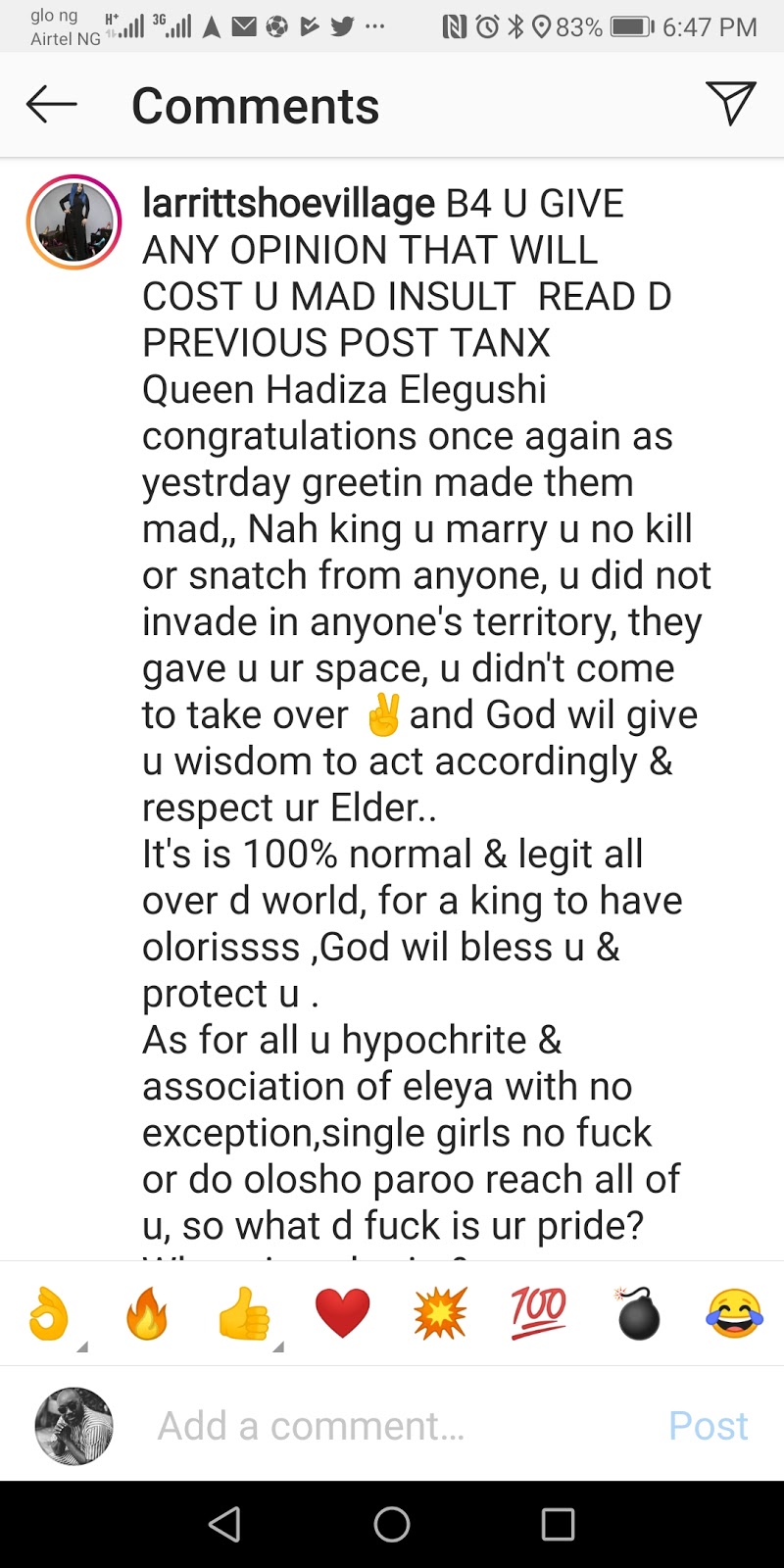 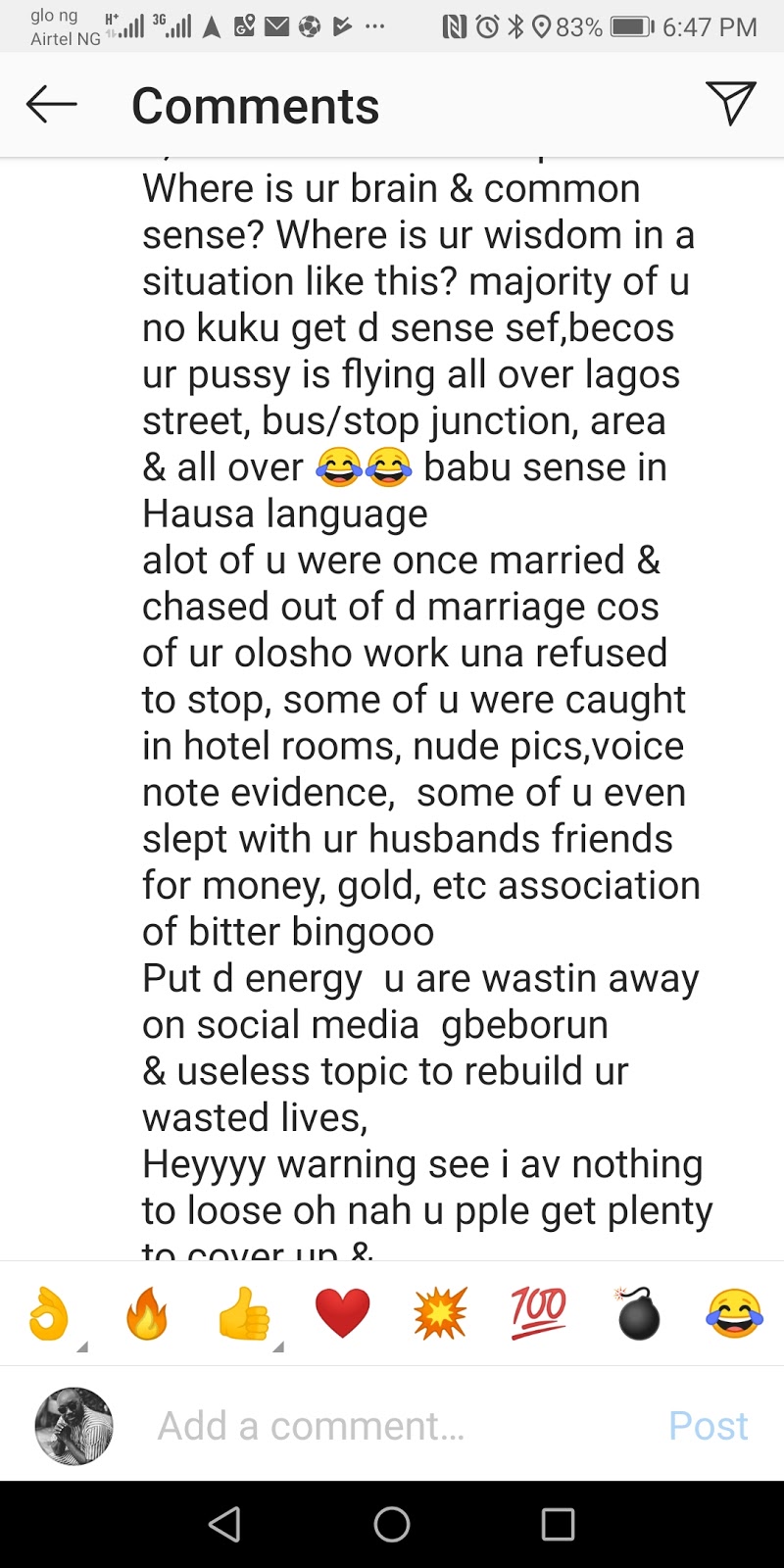 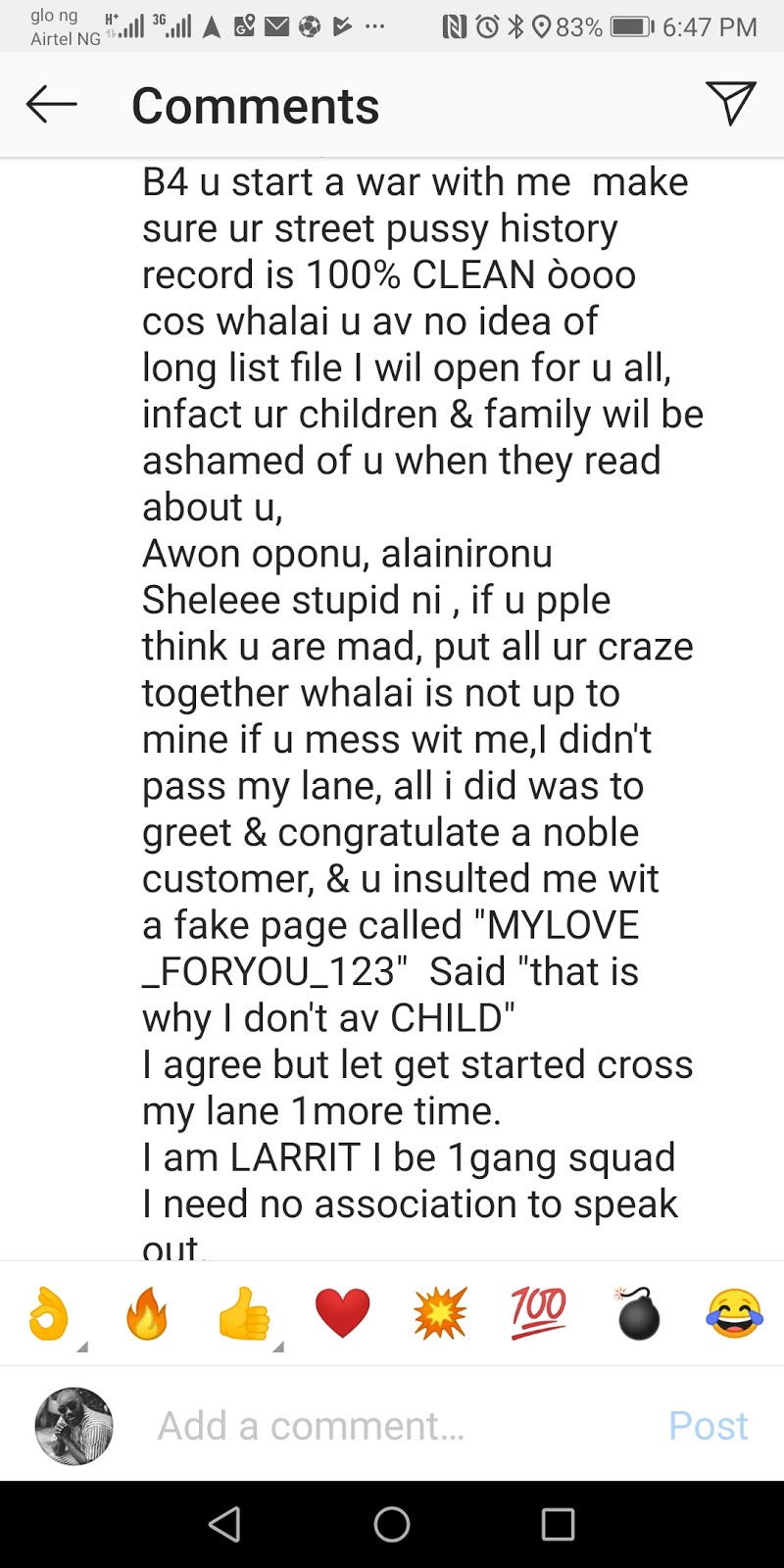 The last few days have been a bit shocking and surprising to most as no one ever thought that ‘Oba Saheed Ademola Elegushi, Kusenla III’, the Elegushi of the vast Ikateland would ever take another wife to add to his harem. Why anyone would have thought a traditional king in an African setting, especially in Nigeria would marry just one wife beats our imagination though.

Though one of the many reasons many people were of the thought that the Oba and his Olori would just be the only one-just husband and wife, was because of the so called ‘tight closeness’ between the couple and how they always carry on like, nothing in the world can ever come between them, most especially another Olori from anywhere. Some have even whispered that both husband and wife had had some sort of agreement about it all.

So when the news of the newest Olori in town in the person of her now royal majesty, Olori Hadiza Tanko Elegushi hit the airwaves, it flattened many. As it took them by total surprise and many are still reeling from the shock of it all as we speak. To some its like a dream, some sort of nightmare they are still going to wake up. Why they think it’s a nightmare, still baffles us still. And to these people, we would want to ask this question, as the king committed a sacrilege of any sort?

Though, the super gorgeous ‘Olori Sekinat Aramide Elegushi nee Ipaye’ has not complained at all to anyone (openly at least or that we know of) about anything amiss, especially as it has to do with her beloved husband marrying another wife. Many friends of the very stylish queen and mother of 3, who has remained quiet all through what’s going on, have thought best to rally round one of their own and to show their total support to their friends at this time, that some have considered to be a trying period.

So at every given opportunity on the social media, it has been praises galore and unprecedented backslapping, all dropping morale boosting messages to shore up madam’s confidence, loads of subliminal messages, confirming her as the only queen etc, so that if paradventure she might for any reason be feeling giddy over what has happened in the last few days.. She would know that she has a solid circle of friends, who are willing to come out openly in support of her.

Kudos must be given to the very dedicated Olori Seki though for her stoic disposition all through everything. The queen in times past, when she was interviewed by one of the best selling newspapers in Nigeria, had stated rather confidently then that, even if her loving husband should contemplate taking a new wife then for any reason, that the heaven wouldn’t fall!!! So if she had made that timely assertion then over many months ago, it’s then very obvious that for her husband to now take a new wife truly, heaven truly wouldn’t fall and in a few months from now all of the unnecessary attention that the action of the king might have brought on the family, would have soon dissipated and everything would have been consigned to history by then. With every one gallantly continuing with life as usual.

But while many of the Olori’s friends have thought to boost her energy at such a time like this, acting as her VOLTRONS, forming a circle of defense around her, a popular celebrity lifestyle entrepreneur owner of Larrittsshoevillage, Lara didn’t take a chill pill at all in her own affection for the new in coming queen of Ikateland, Olori Hadiza Elegushi. Apparently she had praised the incoming on her social media page before, which didn’t go down well with some. So in her open response to those her perceived enemies of progress, she then went totally off the hook against perceived enemies of the incoming queen and herself and warned off some of those who might openly want to come for her to have an open toe to toe. Her words were a clear and open readiness for war!!!!

So it’s a battle of sides as it were now.

BAMZE IS SET TO GO HOME, COME MAY 14, 2019 IN LONDON. RIP!!!!!
CURIOUSLY A SUPPOSED AIDE OF OBA ELEGUSHI DENIES HIM ATTENDING ANY MARRIAGE CEREMONY IN KANO
Comment