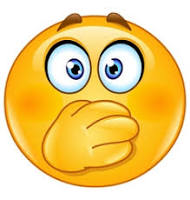 To reveal more clues would most likely let all hell loose. This well known official has been married to madam for God knows how long now. They both carry on like it’s only them in the world and none else can ever, ever come between them. Madam is totally, and we mean that in every sense of the word, totally smitten by her smart, cool looking husband, who is at the top of his game doing extremely well too at it. They both have a kid or kids between them, adult too, in fact the well known one is married.

Oga’s position ‘was’ as solid as they come, as things have worked very well for him in his career, where he has climbed up to the peak of it and is known to be a guru of a kind at it. Anything above what he is now, is just added favour. He doesn’t need more money and that’s because he swims in it like it is going out of fashion. But with all eyes on him now, it seems the cookies have started somewhat to crumble. All that he has laid out perfectly all of these years if care is not taken, might just begin to crumble. Just because of ambition, all eyes seem now to be on him and that’s rather unsettling and of care is not taken, he could just go with the wind in the ongoing wind of change sweeping in like an hurricane.

He has strong pedigree, as his family name somewhat counts for something. Truth is, his family from mom to sister(s) are also known to be s€¥ freaks too. Infact he has a sister who is a known rampant and said to also be well versed in voodoo too. While he and madam have gone about like their worlds only revolves around each other alone. Oga is known to shoot on the side like his very life or existence depends on it.  Therefore showing his family insatiable appetite is a great family trait. Truth be told, even if he doesn’t want to engage in the clandestine game, the ladies by virtue of his position and because also of his avowed generosity always throw themselves at him without a care. Young, old, single etc. So except and unless he is an eunuch who is under the vow of absistence, which he is not near at all, then he would have resisted.

But the real gist of the matter begins here and now. That about 6 or so years ago, unbeknownst to his supposed one and only legal wife from yonder, madam being totally oblivious of this expose, oga in a clandestine way has another wife outside his home. And he tried to somewhat legitimize this 2nd marriage in the traditional way. The thing is, whether that traditional wedding or marriage is accepted under the law, is another thing entirely. Between oga and this his other wife, they already have 3 kids. All of these revelations here are not actually known by the ever doting madam at home.

So that now brings about the question, when does oga plan to reveal his side dealings to his first family? Though we don’t pray that nothing bad happens to him, wouldn’t that could just open up a pandora’s box of dirts that can crush a world or hearts in total disbelief?

Who is this top official? Hmmmmm……. He owns a beautiful beach home, that we have seen before that he uses as the action house for a lot of his clandestine activities a while back. Still in active service though, some are speculating he could be removed anytime soon.

The name of this 2nd wife? Hmmmmmmm, we wouldn’t want to reveal just yet, but we can describe her well, she’s part Kenyan, part Nigerian. Her mom is from the South West, meaning she’s Yoruba, dad is the Kenyan.

She owns 2 properties that we know of for a fact, one in Lagos on the mainland and the other is in Dubai, the UAE both allegedly bought for her by her Lothario husband. Like we already said above, they have 3 kids.

THE LOTHARIO’S “SOLITUDEOUS” HIDEOUT. AND THE SERIES CONTINUES!!!!
THIS NIGERIA-RWANDA GROWING FRIENDSHIP, MAY IT NOT TURN SOUR SOON. WE HOPE IT WOULDN’T BECOME ANOTHER XENOPHOBIA!
Comment