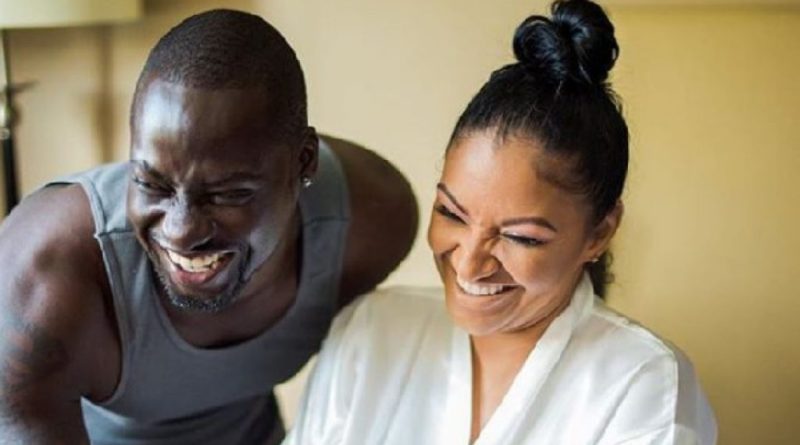 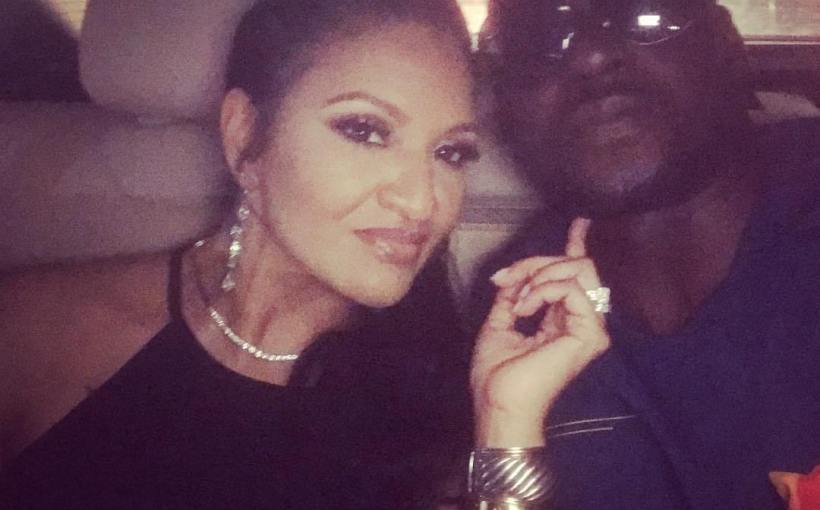 People feel that being abroad in places like America and the UK and some other countries is safe, but the daily atrocities that happens, most especially in America just gets one very scared. Just a few days after sparking news of marriage issues with his wife of just a year, ace Ghanaian hunk and actor, Chris Attoh must be so devastated now, to hear that his 2nd wife, who had wanted to spend the rest of his life with was killed in a dastardly fashion as she left work to enter her car.

Few days ago, the rumour had gone on over drive, when maybe after irreconcilable differences, the handsome dark skinned actor, who used to be married to the gorgeous Nigerian actress Damilola, had deleted all his now late wife’s picture from his social media page. It wasn’t too long after, that Betty was shot to death in America.

Chris and his Nigerian wife, the delightsomely beautiful Damilola Adegbite who he later divorced were only married for under 2 years, before the middle couldn’t hold together no more and both had to go their separate ways. But they had a son between them. It wasn’t long afterwards just a year plus after his divorce, that the talented Ghanaian thespian, who is acclaimed to be one of the most handsome men in Ghana, who had been wounded by his first foray into marriage, found another woman, by name Betty Jennifer a US based too executive, who was able to mend his broken heart and sooth the wound inflicted by the love gone sour between him and the mother of his only son.

In October of 2018, he decided to go the whole hug again, when at a private ceremony he and Betty exchanged cows and got married. But that relationship too like the first one wasn’t the roller-coaster that was envisaged. Some people had thought that the 2nd marriage was already heading the way of the first, before the untimely death of Betty due to a shooting after she has left work.

Betty at 44 year old, was a Sales director at Express Employment Professionals at the time she met her death. The brand is a leading staff provider for the US, Canada and South Africa. Mrs. Attoh II was in fact an award winning staff, who had packed several awards on her resume. The egg head got her Bachelors in Applied Sciences from Temple University and another degree in Business Administration and Management Studies from Walden University also in the US.

Jenifer was leaving her office in Maryland on Friday, May 10, 2019 evening when she was accosted by a lone gunman who tracked her down and fired off multiple rounds at her, NBC Washington reports.

At least one of the shots struck her and fatally wounded her. She was declared dead at the scene by emergency services.

The shooter was described as black and having a thin build with black hair. He was wearing dark clothing and may have been in a blue car.

WHO IN THE WORLD IS BELLA OR ANABEL OR ABEJIDE? LADY IS PRACTICALLY ON 🔥.
WHAT A WORLD!!!! A DESPERATELY EVIL WORLD AT THAT. WHERE 17/18 YEAR OLDS ALLOWED EVIL TO DOMINATE THEM
Comment