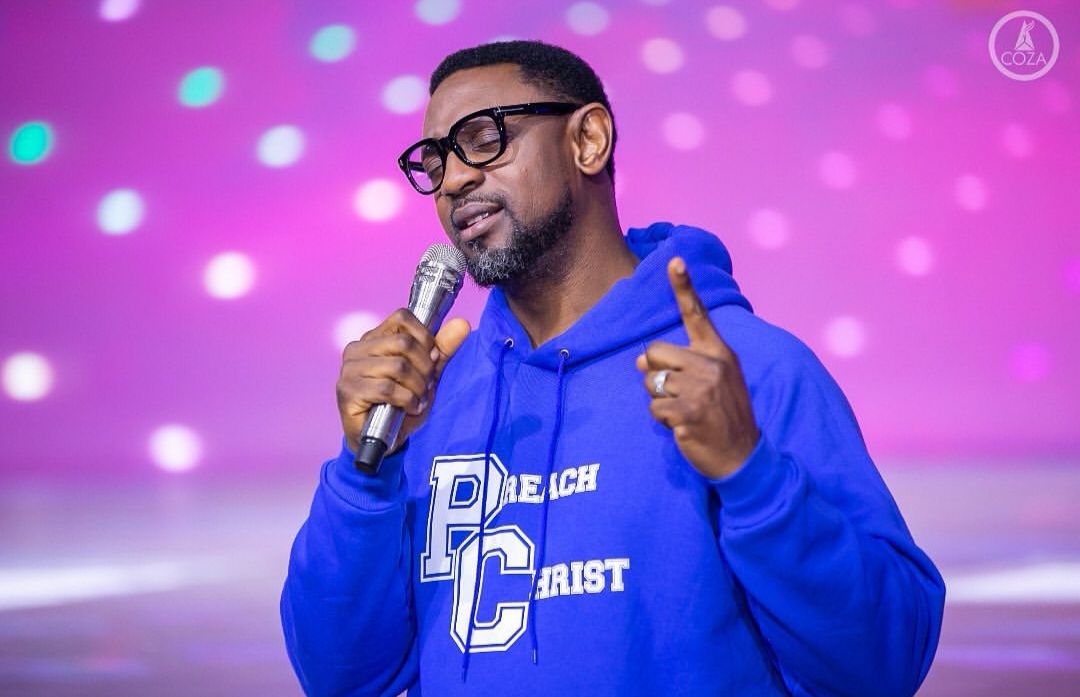 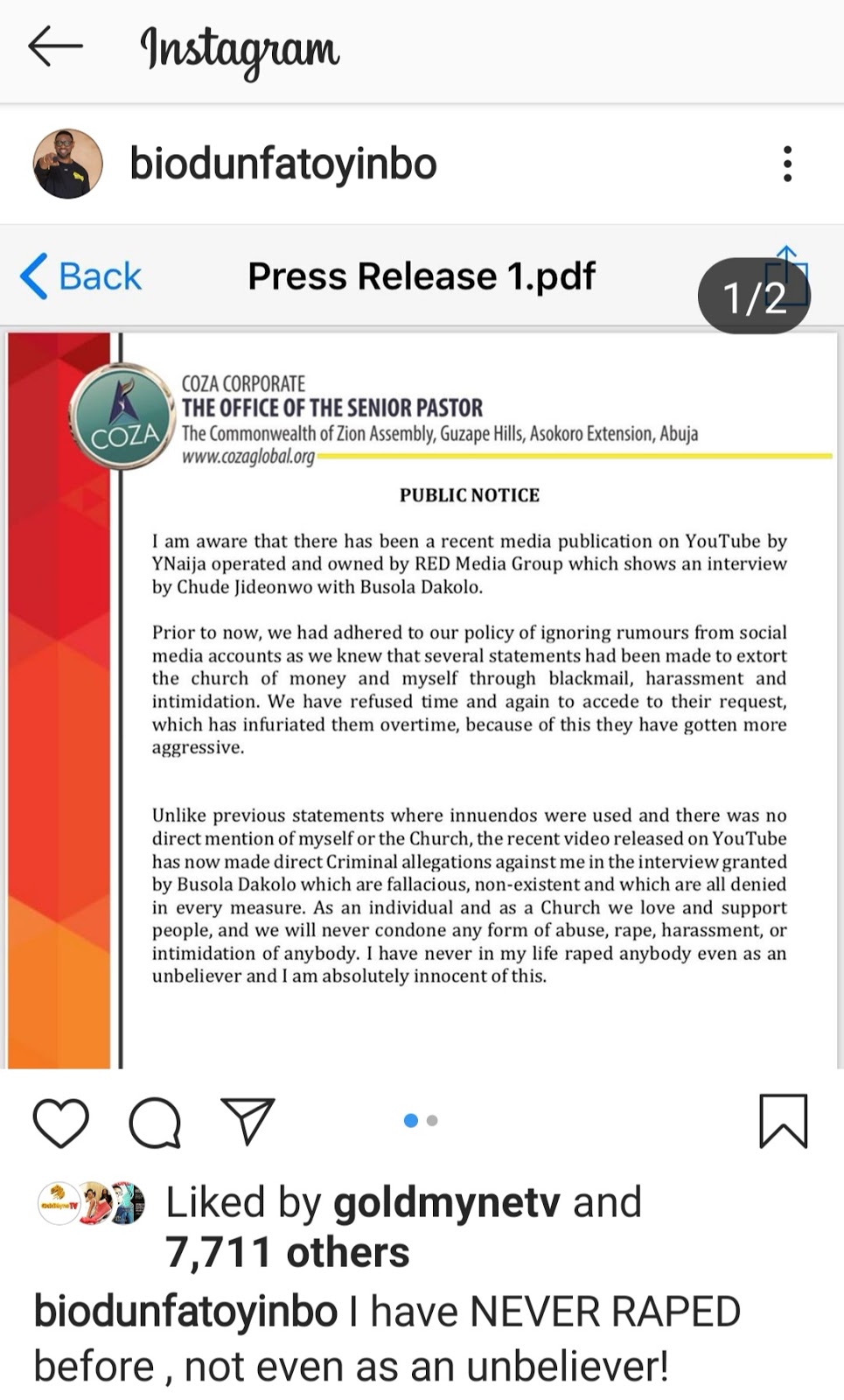 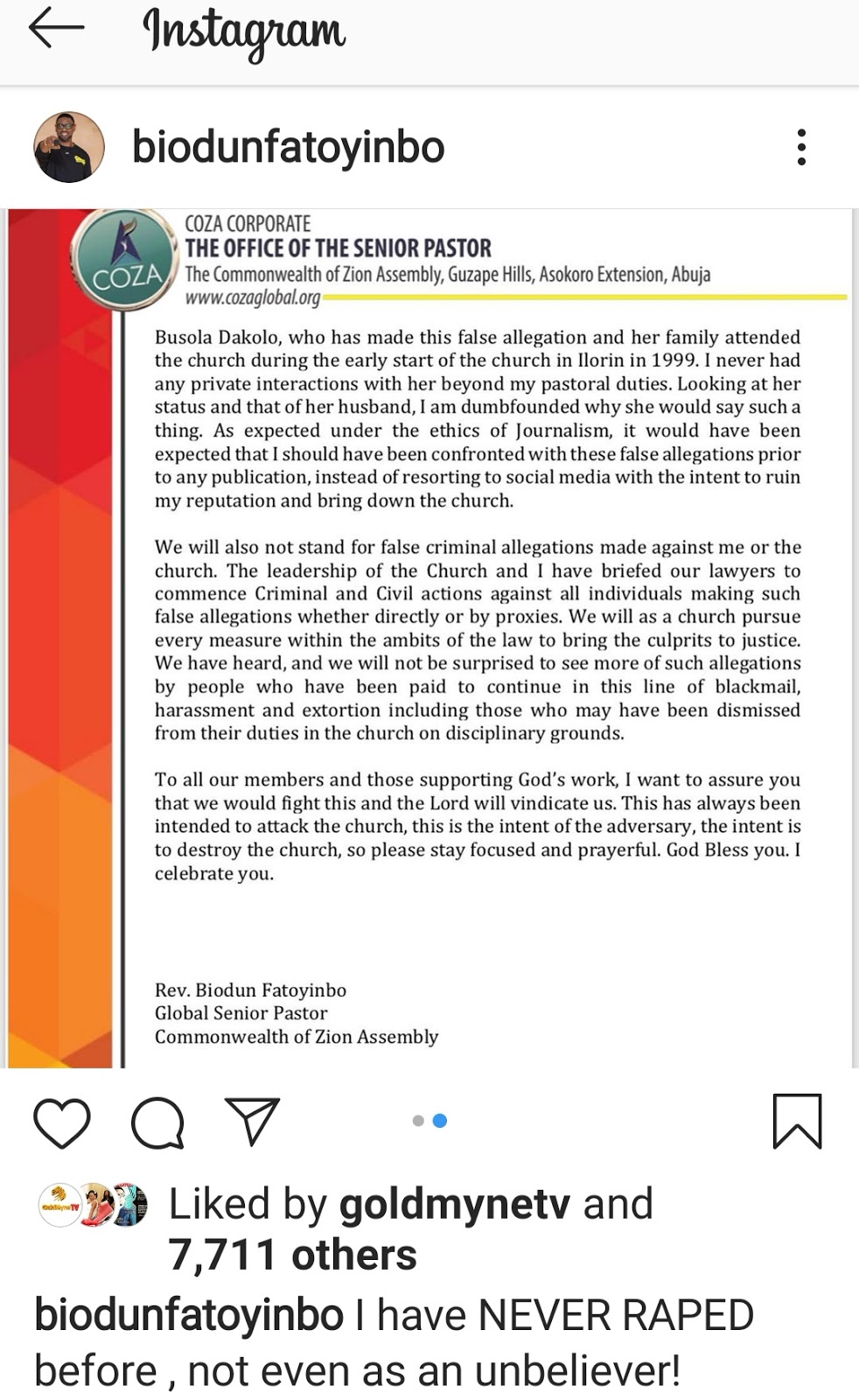 The flamboyant senior pastor of the Commonwealth Of Zion Assembly (COZA) Abuja, the FCT has finally jettisoned quietude and responded robustly to the allegations of repeated rape brought against him by the beautiful wife of Bayelsan born music star Timi Dakolo, in the person of Busola Dakolo.

In a recorded interview aired on YouTube and which has gained so much traction as conducted by Chude Jideonwu of Y! Naija, the man of God was accused as being a rapist by Busola Dakolo. The lady in interview made sure to relate how her relationship with the pastor developed into what later became rape. But in a subsequent 2 pages press release, that was released on his personal Instagram page, the Pastor has denied ever raping before, even as an unbeliever. In that release he stated categorically that even while not yet a Christian he had never molested anyone in his life before, not to talk about when he had become a Christian.

From his statement, he went on to insinuate and infer that the said YouTube airing by Y! Naija was a calculated attempt to blackmail him, bring his name to disrepute and cast aspersions on his person and by extension a way to bring down his church . He went further to state that this particular attempt is in fact one out of the numerous attempts.

So in the light of his statement, he has also said that the church has made up their mind to seek redress through the law courts. In his response Pastor stated that the interview was fallacious and non-existent and which are all denied.

See the pastor’s denial in its full entirety above.

BUSOLA DAKOLO AND THE BATTLE AHEAD. SHE WOULD NEED PRAYERS AND MAJOR SUPPORT.
THE ACCUSATIONS OF RAPE AGAINST PASTOR BIODUN. WHAT DOES ONE DO IN SUCH A SITUATION?
Comment