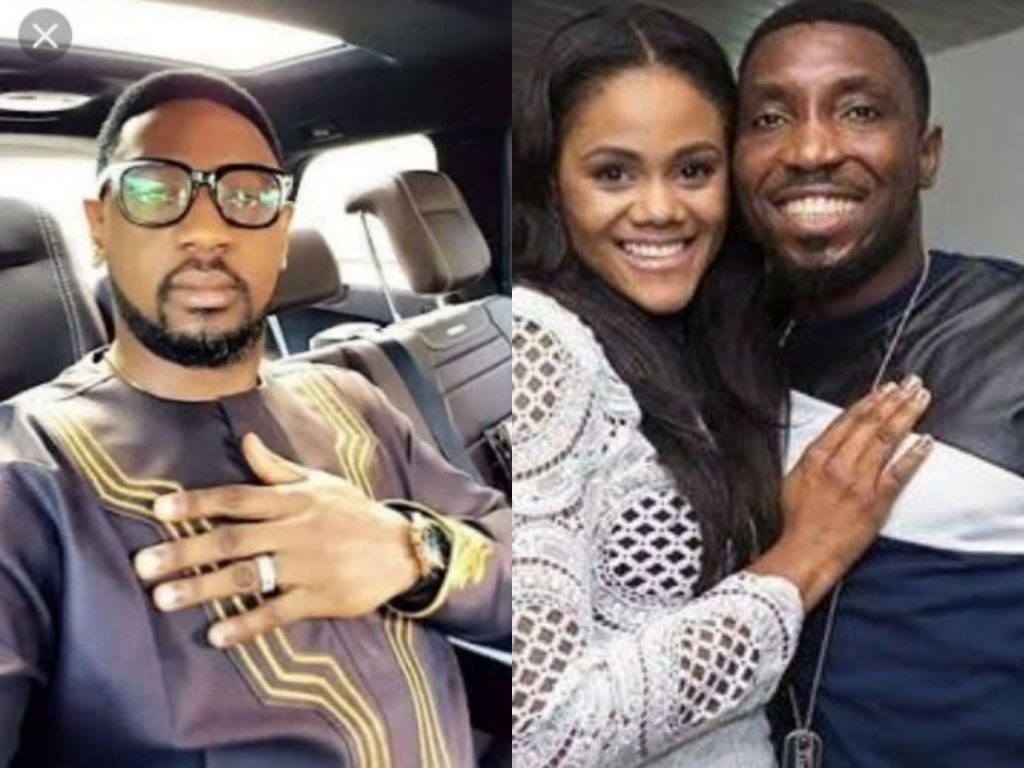 What would or could have made a mother of children and a wife of a well known husband, decide to come out openly to talk about what supposedly happened to her many many years back that nearly messed up her growing up? What would she & husband want to gain by bringing a supposed, very successful man of God down? Is there a time frame allowed for rape and the consequences of it, if the terrible violation had truly occurred?

For Busola to have finally summed up the courage, the gut to spill and break the Pandora’s box of mess, if she and family were smart enough, they would have made sure to have done their due diligence first. The one the have decided and are determined to expose is not a small fry at all in any way and manner. You are coming against the might, power and influence of a whole church! If that church that the man presides over love him, like we know COZA loves Pastor Biodun Fatoyinbo, then the might of the church and her influence are what you know you would have to contend with. And that’s not a small thing at all.

For Busola to come out like she has, she must have first settled it in secret with her God. Secondly she must have settled it well also with her partner and in this case her husband Timi Dakolo. Timi would have had to give his express backing and unflinching support as the head of the family. Mennnn, this dude is a strong man ooooooo. And he would have had to steel himself to withstand any scrutiny and attack that would come against his family from all sides. This is more a battle of David against Goliath any way one would look at it.

Going further, to do this kind of battle, the couple would have had to have settle with their church too and gotten their church backing with the support of the leader of that particular church too is also very important. If one is correct, the family we think worships at the House on the Rock. Then also, they must have gotten the advises and assurances of their lawyers too, who would have had to weigh the merits and demerits of the exposure before they would give a go ahead or the all clear to go at it.
So this matter is not a small matter and it is one that could drag for a long while.

Let’s try to examine the mind of Busola a bit. First and foremost, for her to have done what she’s done, we are too sure she must have well understood that maxim, that says very clearly, that “he or she that must come to equity, must do so with clean hands”. This is so because, if this thing ever becomes a court case, every can of worms, true and false will be exposed! So it must be established that prior to the supposed rape, that truly she was actually a virgin and not a wanton. The other side would do everything possible to expose, deal with and damage her reputation to prove their innocence.

If truly the rapes happened, and it happened so long ago, why did she take so long to come out to expose the violation? Why now after she’s married and has kids? Why bring undue or supposedly unnecessary attention your way, especially when you are not in need of any monetary gain? Maybe she’s only just finally gained enough strength and emotional balance after all this while to expose what she went through and that she needed healing from now? Maybe they, that’s her husband and her just heard again something that must have triggered a reaction, which must have said to them, “enough is a enough”. This has just got to stop! Some people might just not be able to understand  & rationalize that someone they know to be more than vile, is seen by the public as a Saint.

What process should she and her family have adopted to expose the shame and stopped it from happening to others??? Maybe they have the understanding that to report to the police first would just have been another journey to no where. What if they knew that the matter would just have been swept under the carpet, especially again as the so called violation(s) didn’t just happen now and the way victims are even treated by our so called law enforcement officials is another thing. Also they could have envisaged the intimidation that would arise and just thought to adopt the method they have used now.

What if they had taken their time to investigate some other cases first, gotten confessions and evidences and even have witnesses in their tens who are willing to come out and speak at the right time!!!! Like we had said earlier above, they would have needed to do their due diligence first before coming out to out their so called adversary.

It is said that Busola after the YouTube video expose and the attendant hoopla had gone on to say that the pastor and church should go ahead and sue if they dared!!! If she actually truly said that, she must then be so sure of what she has at hand then and must be well prepared for this battle, which would take a while oooooo.

In the days to come though, she and her husband’s name would be dragged in the mud in every conceivable way possible as the rain would surely pour in torrents unabated. The church and their friends would come out with fangs and claws drawn to defend their own. Hmmm they Timi & Busola must develop thick skins. The threat of all shades and intimidation would be unbelievable and crazy. Their so called adversary is a pastor and not a small fry at all and one that has seemingly endless funds. Also if the allegations are not true, he would fight with his very soul to clear his name and get damages too at that.

All in all, the burden of proof is on Pastor Biodun Fatoyinbo to prove nothing ever truly happened of the sort as described by Busola and also that he has never ever been involved in any cases of rape, intimidation, sexual violation, misconducts before. He has come out to say he has never ever violated anyone before, ever ever, even when he was an unbeliever. So that’s a start. Pastor and church have also smartly anticipated that many would or could soon ride on the wave of this expose to even reveal far more, unpalatable things. And from the little we have heard and seen, many things are being unearthed already.

We await this court case with glee and all excitement.

People have said why didn’t Busola go to court in the first place? Yeah she didn’t go to court naaaa, so she came out to say certain things, a few of which tallied with the claims made by Ese Walters many years back. Pastor Fatoyinbo has the opportunity now, once and for all prove all liars wrong. So please sue their asses tight.

So Busola lied abi prove it.

So they have tried to blackmail you now, prove it.

This case from all I see is going to be the opening of an unprecedented and unwanted terrible can of worms. So let’s see if the marines would hear these stories or not!!!! PLEASE PASTOR CLEAR YOUR NAME OOOOOOO!!!!! I so badly want to believe you. I pray and hope you can cope with what is going to be unleashed in the next many days?????  You have to defend your honour against so so very many ooooooo. Hmmmmmm!!!!!

For those who believe Busola Dakolo, please pray very well for her and her family oooooo. She needs all the spiritual help and support, encouragement and protection possible right now. She has stirred the hornets nest & may she come out of it unscathe! Also for Pastor Biodun as it is now, it is only the host of heaven that can help to clear this mess you have been exposed to. If truly you are innocent as you have claimed against Busola, Ese and some others who are hellbent on letting the world know what they have supposedly suffered, may heaven be on your side oooooo.

MRS. MODELE FATOYINBO AS EXPECTED, REACTS. SHE CLAIMS HER HUSBAND IS NOT A RAPIST & CAN NEVER BE A RAPIST!!! THE BURDEN OF A SUPPORTIVE WIFE!!!
PASTOR BIODUN FATOYINBO RESPONDS ROBUSTLY TO THE ALLEGATION OF RAPE AS ALLEGED BY BUSOLA DAKOLO
Comment