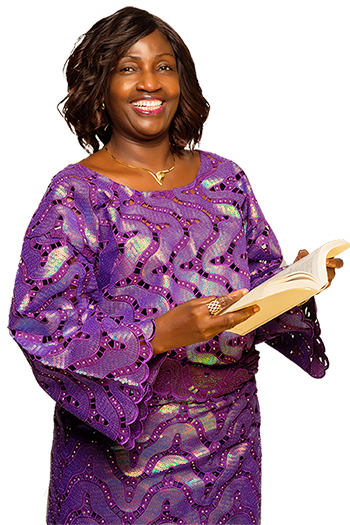 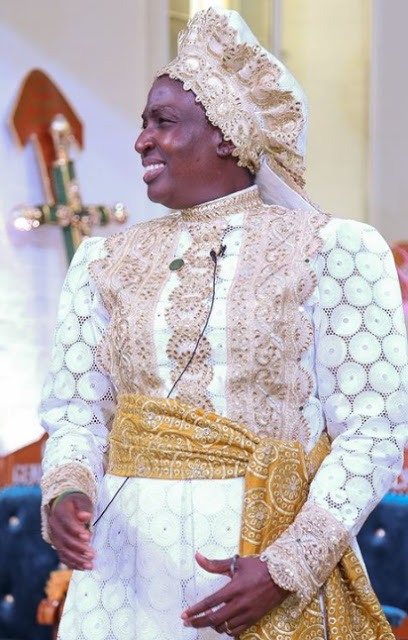 The news has been circulating underground for quite a bit now, with many finding it hard to believe and the star of the story is none other than the very philanthropic new star of the white garment churches around the world, her eminence Rev. Mother Esther Abimbola Ajayi aka Iya Adura of Love of Christ C&S church.

There’s no doubt about it that the new icon of the white garment churches in Nigeria and by extension, across the globe is a good thing to so many people, in fact she’s like a ray of good sunshine, a rainbow that emerged at the end of tunnel for so many downtrodden. She’s a beacon of light and hope for the white garment churches that she has tried as much as possible to unite as one, especially as they had been subjected to so many unpalatable scrutiny for many years now, with people claiming they are more into spiritism and occultic practises than what they profess or claim to be. So since she emerged on the scene, and with her showcase of extraordinary philanthropic activities through her “Esther Ajayi Foundation” many had begun to see that sector of the church in another light again.

But much as she has shown love to so many, bending over backwards most often, wrapping her arm of love around those who needed it, extending the hand of goodness to uplift those who needed or needs it, she has also always been trailed by many ‘unsubstantiated allegations’ of fraud. None of them ever investigated yet, so they can be said to be mere speculations from the pits of hell and therefore, none as yet have been proven to be true. Her current dilemma though as we speak now, is the current allegation gaining grounds again that she’s on the run from the UK, where she used to be domiciled, where the HQ of her church- “Love of Christ C&S Church” is, for tax evasion!!!!  The ministry address is 412-412a Clapham Road, London, SW9 9DA.

According to those preaching this ‘unpalatable current gospel of tax evasion’, it is alleged that Rev. Mother Ajayi as it is now, cannot step foot into the UK. As the allegations goes, mama or mother like the giver extraordinaire is called, cannot set her foot on the shores of Wales, Scotland, England and Northern Ireland, all of those countries that makes up the United Kingdom for now, until her tax evasion case is dealt with.

Though it is claimed that Rev. Esther relocated to Africa-Nigeria/Ghana because she deliberately wanted to be near the downtrodden and the less privileged that she’s cares and is very concerned about, another story going about is that, she might have relocated to avoid unnecessary scrutiny and the need to pay the price for tax evasion.

It would be great though, if the Rev. Mother would just shutdown the tales trailing her (some have said it’s tales by moonlight or better still hocus pocus) in one fell swoop by just going to the UK like she normally just shuttles.