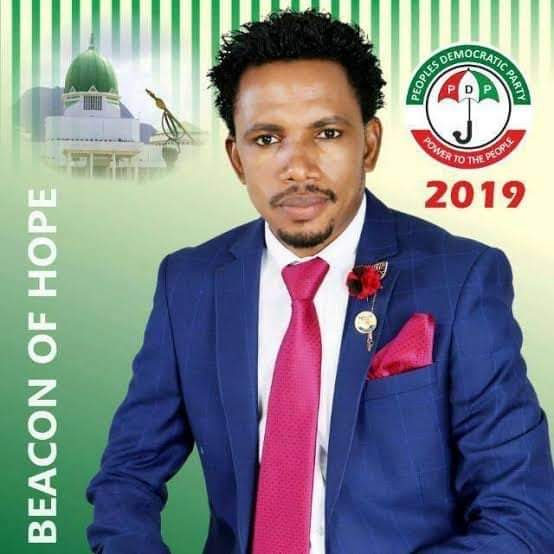 It is obvious that this not so distinguished Senator of the Federal Republic of Nigeria, by name Senator Elisha Abbo, representing Adamawa North Senatorial District of Adamawa state never expected that this his case of blatant assault and battery would ever see the light of the day, for if he had thought well about it in the first instance, he wouldn’t have allowed the madness of his anger to so control him. What he thought he had done and gotten away with, has crawled up to catch up with him now. And he is finding out now, he might have bitten far more than he can chew.

Also no one can begrudge the 41 year old virile young man, said to be the youngest Senator in the House of Assembly his need to boost his sex life by going to the sex store with 3 ladies to make purchases. But for him, especially someone who should have known better to get to the store and then let his anger flair up, or to have allowed any form of provocation to get to him over any issue whatsoever, to the extent of assaulting a woman, a nursing mother at that (or even any one at all), then he has a case to answer then. In retrospect now, he must be seriously regretting his actions now.

So sometime in May of 2019 (he entered the store at about 6pm on May 11, 2019), the then yet to become a Senator man now described by so many as a certified pugilist by his action had gone to the sex (adult toy) store with a few (3) ladies in tow, may be to get their fill of whatever it is they needed. Then as they were making purchases one of the 3 ladies started puking (vomiting), a sudden illness to which an agitated Elisha Abbo ascribed as the poisoning of the air by the air conditioner.  The shop owner then responded that if that was the case, then everyone in the store should then have then suffered the same fate. This response was what Elisha Abbo claimed as an insult. And then he got angry and wanted to beat up the shop owner, but her friend, the nursing mother who was around intervened and asked/pleaded that her friend shouldn’t be assaulted, and that must have gotten Elisha Abbo crazily incensed as he then threw decorum and caution out of the window and allowed his animalistic instinct/tendency to take a hold of him, from one slap, to several violent slaps later, as recorded by the CCTV, he descended on the woman, who didn’t try to retaliate at all. In fact from the video, it was obvious that the now Senator wanted to do more damage as he repeatedly came back, at a point he was even held back by someone.

More saddening was that a policeman with a rifle was around, whom he even ordered to arrest the lady, which the mumu policeman did, thereby adding salt to her injury!

The question to ask now is, how can a man who gives room to his uncontrollable anger be the leader of a people? With his action, he has shown that he lacks a few of those attributes like temperance, discipline, control and all and more needed for leadership roles. Can he be trusted not to go severely violent if a discussion in the chamber goes the way he doesn’t like? If this case is allowed to just go like that, could he not become a repeat offender, believing its his right to assault people about? Could this lawmaker not resort to using gun totting men to intimidate anyone who he feels has angered him?

So would his constituency do the most honorable thing by recalling him for badly representing them and giving them a bad name? We do not know yet! But when he was asked about the issue, he confirmed and had said that the issue happened before he became a lawmaker and that they (his team) are in discussions about the issue already and that he would soon back with a robust response.

Already the now quite militant Nigerian public, who are not ready to take any nonsense from any Nigerian believed to have taken undue advantage of another weaker Nigerian, are already calling for his resignation as a Senator of the Federal Republic of Nigeria. In fact, even a top lawyer, Festus KEYAMO, SAN as advised that he should be arrested and prosecuted on the evidence of just the video that has since gone viral, courtesy of Premium Times.

JUST A THOUGHT ON THE BUSOLA DAKOLO VS. BIODUN FATOYINBO ONGOING SAGA. HAS PASTOR ADMITTED TO A SEXUAL RELATIONSHIP BUT NOT RAPE???
DEATH STRIKES FORMER PUNCH CHAIRMAN AJIBOLA OGUNSOLA A MORTAL BLOW AS HE LOSES ONLY DAUGHTER
Comment