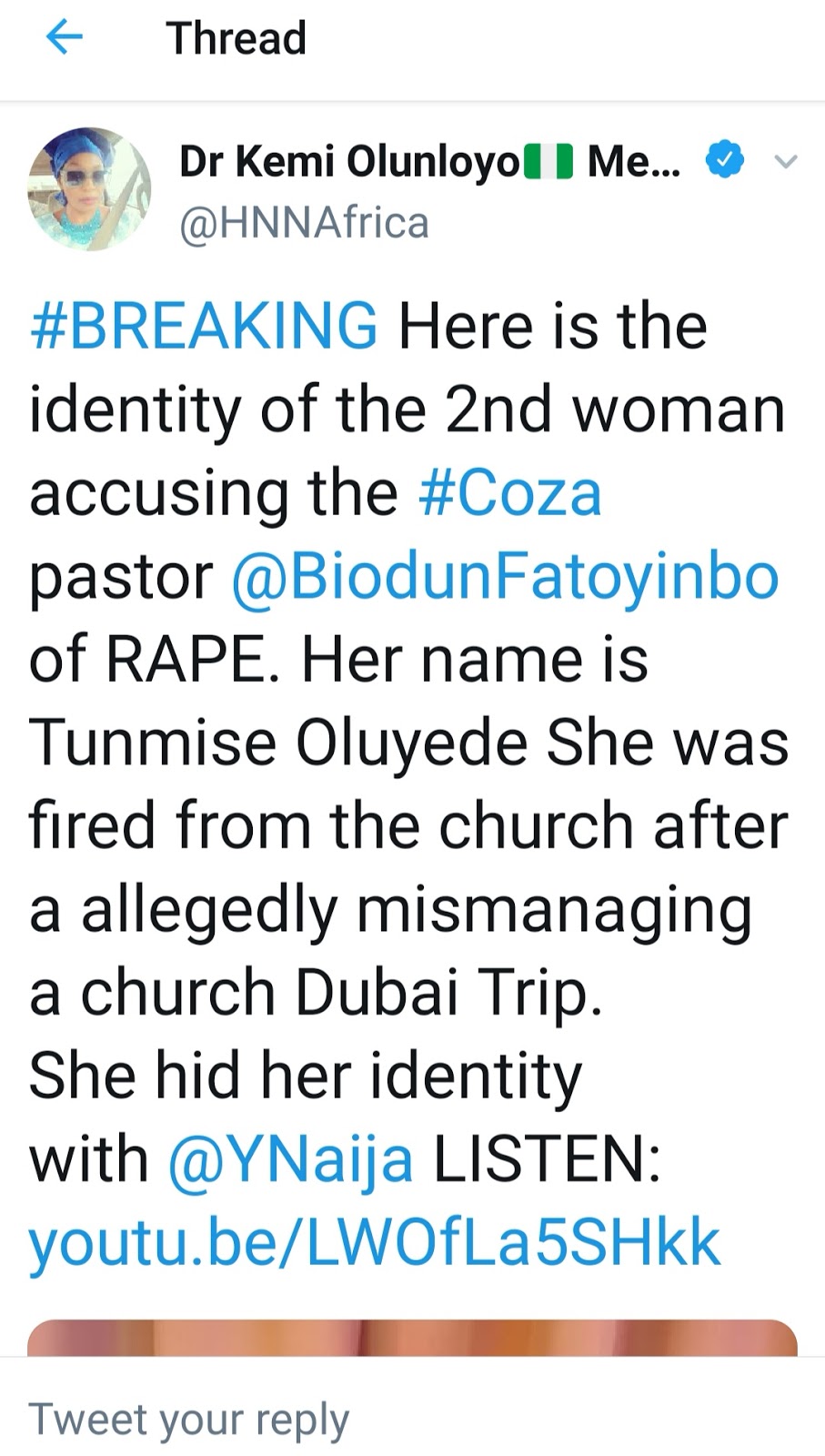 And the war or is it battle to unravel the truth takes another dimension. Yesterday another supposed victim of rape had come out from the cold to make another allegation of rape against embattled man of God, Pastor Biodun Fatoyinbo of COZA (Commonwealth Of Zion Assembly), who had voluntarily stepped aside so as to be investigated as he makes attempt to clear his name, making 2 persons who had done so.

The first person was mother of 3 and the photographer wife of musician/entertainer Timi Dakolo, by the name Busola Dakolo. The 2nd person due to reasons best known to her, had preferred to hide her identity. So in her interview with Chude Jideonwu of Y! Naija, same person, same brand that had done the first expose with Busola, she was introduced as ‘Victim X’ and her face was not shown & real identity wasn’t revealed, but one could hear her well, all through her over 1hr plus recorded interview, where she narrated and made the startling allegation against her former employer.

Now well known online personality, Dr. Kemi Olunloyo, who is the daughter of renowned mathematician and former Governor of Oyo State, Dr V.O Olunloyo has supposedly broken the cloak of anonymity around Victim X by revealing her identity and face as that of ‘Tunmise Oluyede’, a dismissed former staff of COZA & Pastor Biodun Fatoyinbo.

According to Dr. Kemi Olunloyo of @HNNAfrica-which is her renowned platform, Tunmise Oluyede supposedly Victim X was dismissed or fired from the church (COZA) for mismanaging a church Dubai trip. So the insinuation maybe is that, Tunmise as a disgruntled ex-staff of COZA & Pastor Fatoyinbo, has a pound of flesh to claim, so is her reason for now claiming or alleging rape!

Is this Victim X?

PASTOR YEMI DAVIDS AND TIMI DAKOLO ADDRESSES ALL THE FALLACIES FLYING AROUND
VICTIM X COMES OUT TOO TO CONFESS OF ANOTHER RAPE BY REV. BIODUN FATOYINBO.
Comment