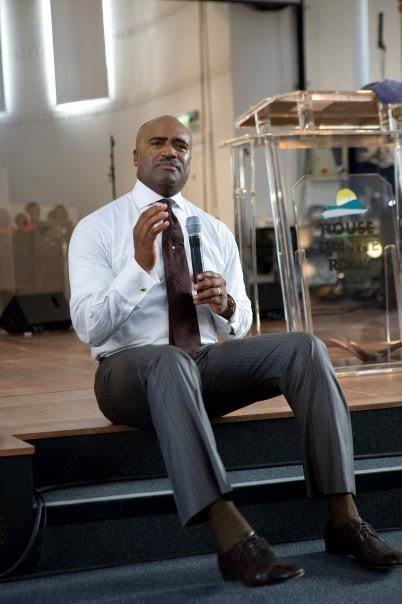 Just in case you are wondering which Pastor Paul at least you can see from the pictures, that we are not referring to the one that many call or refers to as Apostle Paul in the scriptures/Bible, but we are referring to the one that presides over the congregation at famous ‘House on the Rock Church, otherwise known as ‘HOTR’. Why would we be asking about Pastor Paul Adefarasin in the first place and why do we think there was or is the need to hear from him?

It’s maybe because he is the current pastor of both Timi and Busola Dakolo. So as sheep under his shepherdship/leadership this issue really concerns him then, if ever there is a word like shepherdship!

We know for a fact also that the sheep who have recognized and known leaders or shepherds wouldn’t take or make decisions nor would they ever go to a war without the full backing of their captain. The captain here being Pastor Paul Adefarasin, who is the Head of the local assembly they attend.

We had come up with a theory at the very beginning of this saga, in our very first article when this rape saga was initially outed. And what we had said then was that, for Busola and Timi Dakolo to have come out at all, they must have done what we had called their due diligence. And part of doing that their due diligence on our thought, would have meant first, they agreeing with each other to give the battle at hand, all that it would need without flinching, once they came out. Once they had first agreed on that, they would then have had to commit all to God too as the battle ahead is not a little one. Part of committing all to God, would have meant that they would have first told their church; the church here could refer to jist their pastor alone or the elders of that their church. Once they have gotten the all clear from here to do what they believe is necessary. They would have also consulted with those who could interpret the law well and by this we mean lawyers. These interpreters of the law, wouod have weighed the matter or issue at hand objectively, who would then have given them the go ahead to give the issue at hand a proper go.

By the time they must have done all of these things above and maybe more, they would then wear thick skins and would be ready for all the bashings and crazy scrutiny and others that would surely come their way. As the first thing the other side would want to do, is to dig holes in their accusations, as they would try very hard to discredit them also. Our theory is based on the fact that, “no one goes to war without preparing at least very well ahead for it”. In the ‘art of war’, it pays to know your enemy well, anticipating and getting ready for what could come up at any given time. Being able to at least predict maneuverings that could spring up, so as to minimize surprises (attacks) to the barest minimum!

You can see very well that after the initial interview done by Busola that unleashed everything and broke open the can of worms, she has since returned back into her quietude. It’s has been only her husband, supporting from the flanks, that comes out now intermittently to address certain issues and he too immediately afterwards then withdraws again to observe, prepare and respond if it needs be.

So how has their pastor seen this whole matter, especially as it concerns a brother man of God, who has been accused by his daughter and by extention his son, of preying and violation and utter misconduct???

The outspoken man of God, has since maintained a, should we say ‘dignified silence’!!!! Is this dignified silence like saying what an elder knows, he doesn’t toy or play with? Maybe when the time is right, then he would speak? One of the qualities of shepherds, good ones at that, is that they wouldn’t allow their sheep to fall into harms way, no matter what.

Would he have been in a dilemma, as the case or issue at hand concerns his son and daughter in the Lord who are victims and on the other side the accused, is a fellow church founder, a man of God too, who is commissioned like him.