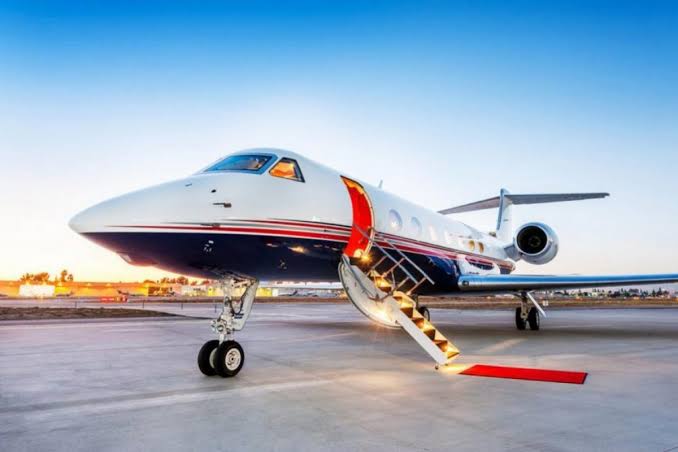 The dude here is none other than that super wealthy dude, close friend of AD, who does a good job by providing exclusive service for the super wealthy like himself when they want to pack their PJs, that’s talking about those ‘flying pajamas’ at that exclusive part for the filthy rich. By that we mean those who hates to normally commune unnecessarily with the general public commercially, that’s if you get our drift (wink wink).

Amongst other things he runs EJ which is the initials of one of his super luxury brands. And he is also the owner of that exclusive place inside the same EJ space too, that’s like a 4 star place with a world famous name, you know like the ‘legendary’ kind on the hilt. He only rolls with the very big boys alone. For he also is stupendously rich too. Old bloke is in his 60s.

This his super stylish damsel is quite well known too. As she’s one part of the duo of sisters that a few years back, caused major hoopla as they were said to have been connected to a so called on going scheme then, that scams and fleeces (strategic blackmail) the so called big boys over their sexual indiscretions. It took a one man mopol of a rich dude, to have broken their scheme up and saved the blushes of so many then.

According to the gist at that time, they had so much in pictures and videos of the super well to do that were in bad taste and shouldn’t be seen by the general public, that it would have been calamitous then if they weren’t dealt with and all their gadgets with all the things on it seized then. We heard there were videos of……. Let’s not name names though in their naked glory in uncompromising positions.

The sisters were alleged then to be using their scheme to make badass money. While elder sister is more cool, the younger as is described is able to do all things as long as the dough is right, that’s including doing a#%&, that side for passing wastes. According to the unconfirmed gist, if the money is right, it’s open sesame. So after they fled the country, they have been having their fun all over the world still. Their exotic lifestyle has not changed at all and it’s even like they have even gone higher now.

So Sam and K, were both at that exclusive fundraiser of just a few weeks back in London, which was a collaboration between a financial institution and an exclusive Nigerian club for the very big boys. Sam flew in and his highly ‘honored guest’ who quietly mingled with the crowd like she was just their on her own was none other than the super stylish KM, the younger sister of JM-the smart sister duo that held away in Nigeria till they were sent packing, never ever to return again. JM the photography loving elder sibling wasn’t seen around at the event at all, which is rather strange as they love to do tag team always.

If you didn’t know what was going on between Sam and KM, you wouldn’t have known that both are a thing and were there to support each other albeit quietly. KM is supposedly a bit on the wild side, as she can either do normal or otherwise. By that we mean either the front, as nature as fashioned it naturally or behind in that other region not actually for it, but now well favored by some. As an aside, the head honcho at the popular financial institution, favours that more unnatural part a whole lot too.

One would have thought that with what the duo were accused to have done which actually turned them to persona non grata, that many would be far more careful and cautious and would do their best to avoid them like the plague. But that doesn’t seem like a worry for the likes of SI, who is dating the quite very adventurous KM, who many says would do just about anything you want as long as the price or the gifts are right.

Since SD, the younger sibling of AD discovered these duo and brought them to Nigeria and showed them what life on the highest level is, these exotic ladies have never looked back again oooo. We even believe that maybe they opened the eyes of our Nigerian slaymamas to the goodies that they could get from our big spending boys.

AND STILL ON THE NEW QUEEN OF LIFESTYLE IMELDA, WHO IS SHOWING LAGOS HOW ITS DONE. WHAT USED TO BE BEFORE NOW.
Dele Momodu, RMD, Abike Dabiri & More Support Juliet Ibrahim at Her “A Toast to Life” Book Launch – PHOTOS
Comment