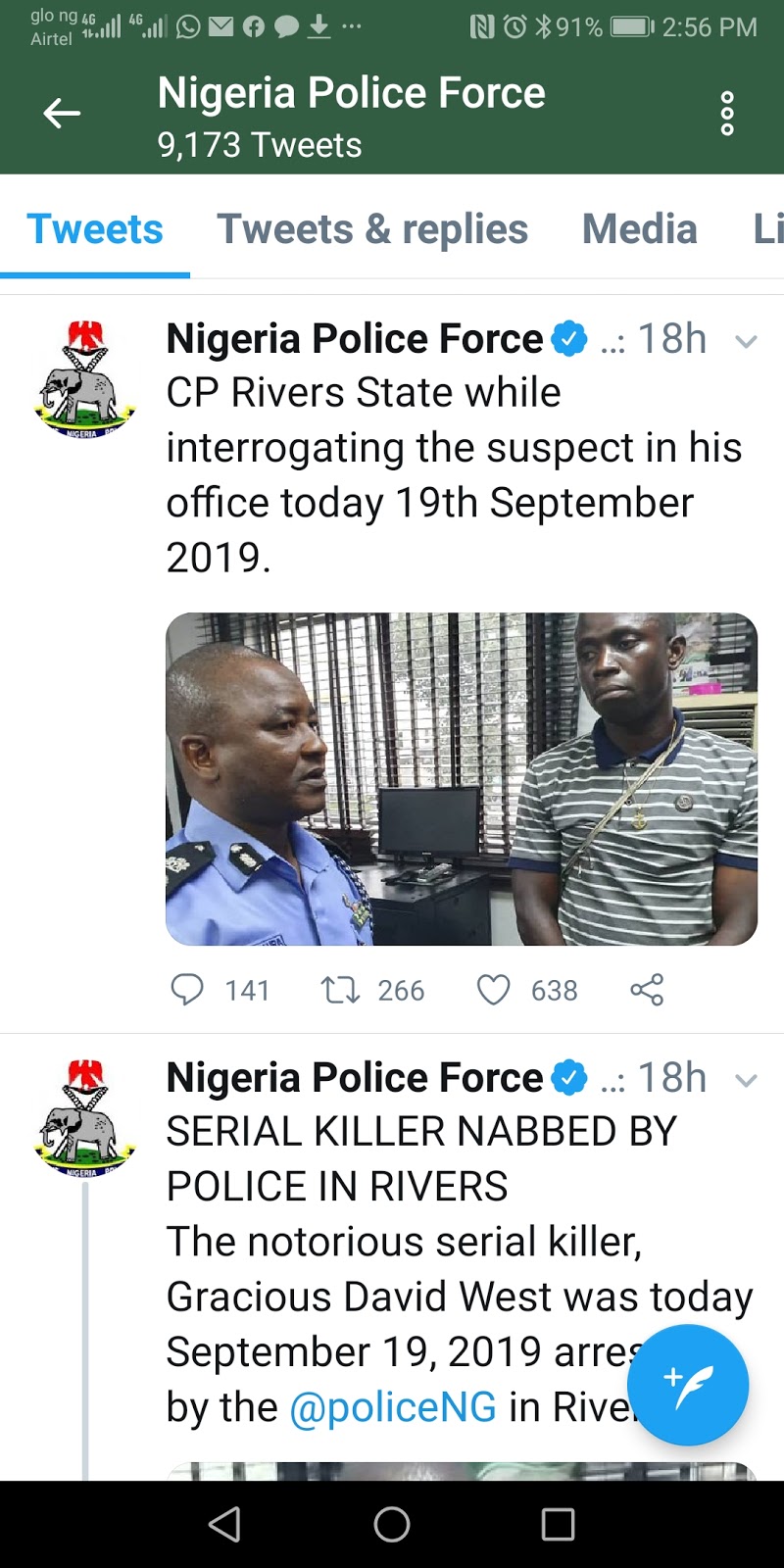 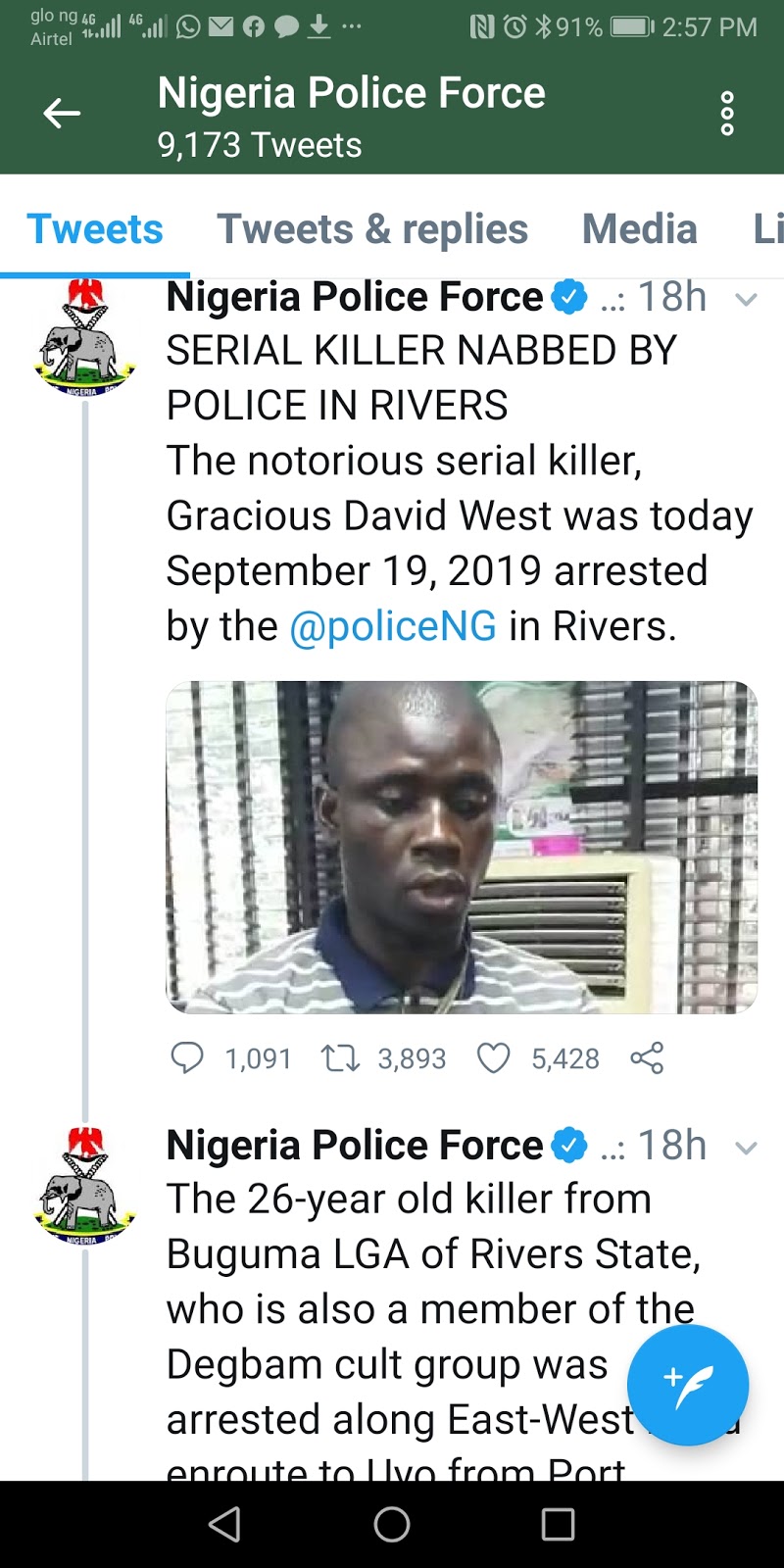 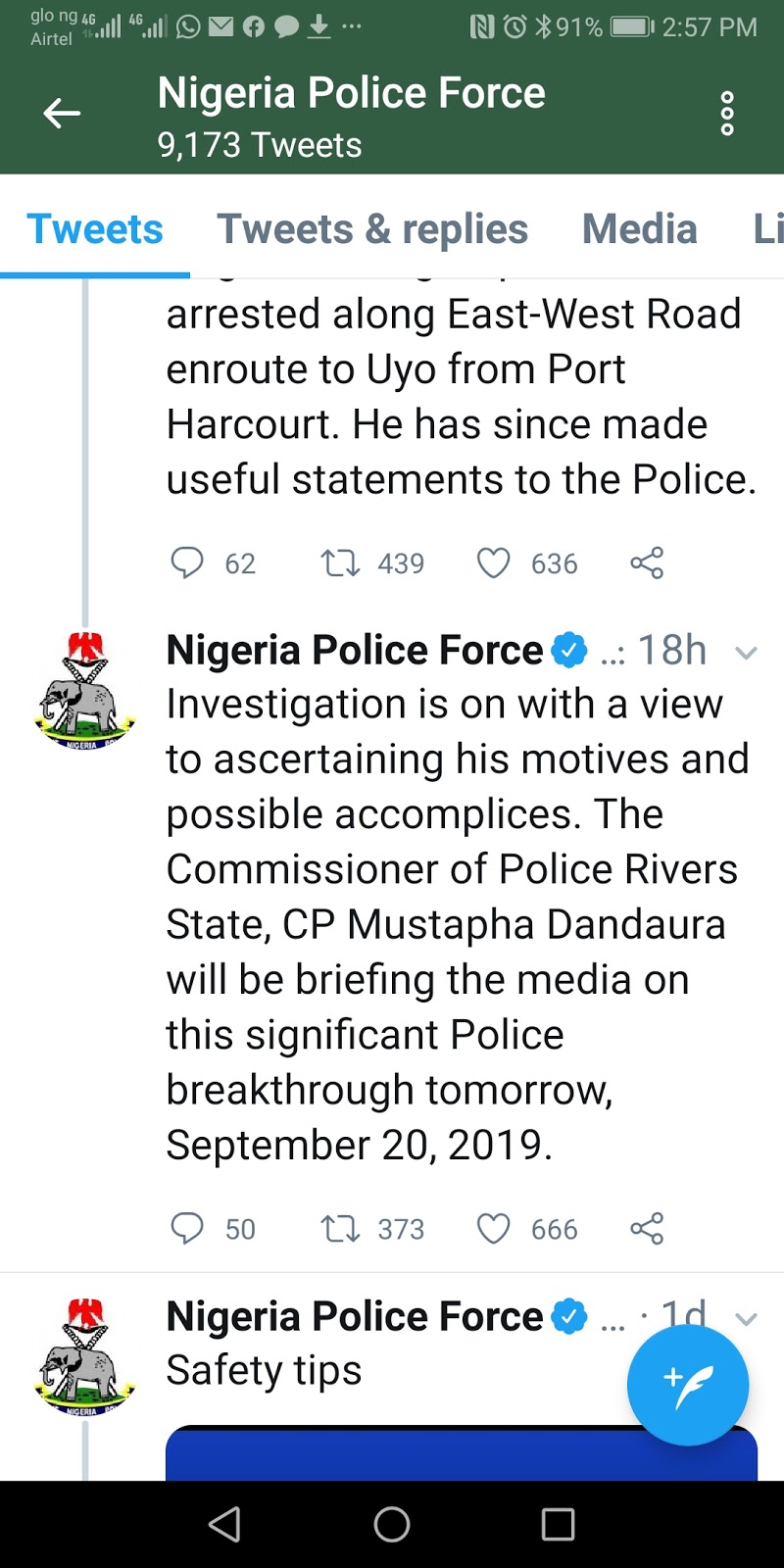 After a killing spree said to have consumed at least 15 ladies in various hotels in the oil rich Port Harcourt, Rivers State over a period of time, the long arm of the law has finally nabbed the perpetrator of the evil spree and he is none other than a self confessed former militant from Buguma LGA and a cult guy from the Degbam cult group by name Gracious David West.

The dude whose capture was aided by a CCTV recording at one of the locations of his last killing, where he had stylish escaped after committing the dastardly act was caught along East-West Road en route Uyo from PH. The video that saw him and the lady entering the hotel and him leaving much later after committing the murder had gotten loads of shares and had gone viral which aided the search for him. Though many had abused those who released the video earlier to high heavens, as they thought it would have alert the culprit to flee, so that it would be very difficult for him to be caught as he would have gone totally underground.

Now that he had been caught, maybe they would now heave a sigh of relief. The dude already in police custody, is being interrogated and from all accounts, he is already singing like a canary. The police would quickly want to find out from him, the remote cause of why he would have engaged in the terrible acts.

Like we already made mention at the beginning of the story, the suspect who is only 26, snuffed out the lives of at least 15 ladies, he had lured to various hotels, before taking their lives.

The Rivers state Police Command needs to be commended for the swiftness of their action in arresting the suspected murderer!

GTBank Fashion Weekend 2019: Get Ready For Africa’s Biggest Fashion Experience
SEYI AFOLABI TINUBU FOR 2023. TO BE OR NOT TO BE, THAT’S THE QUESTION.
Comment