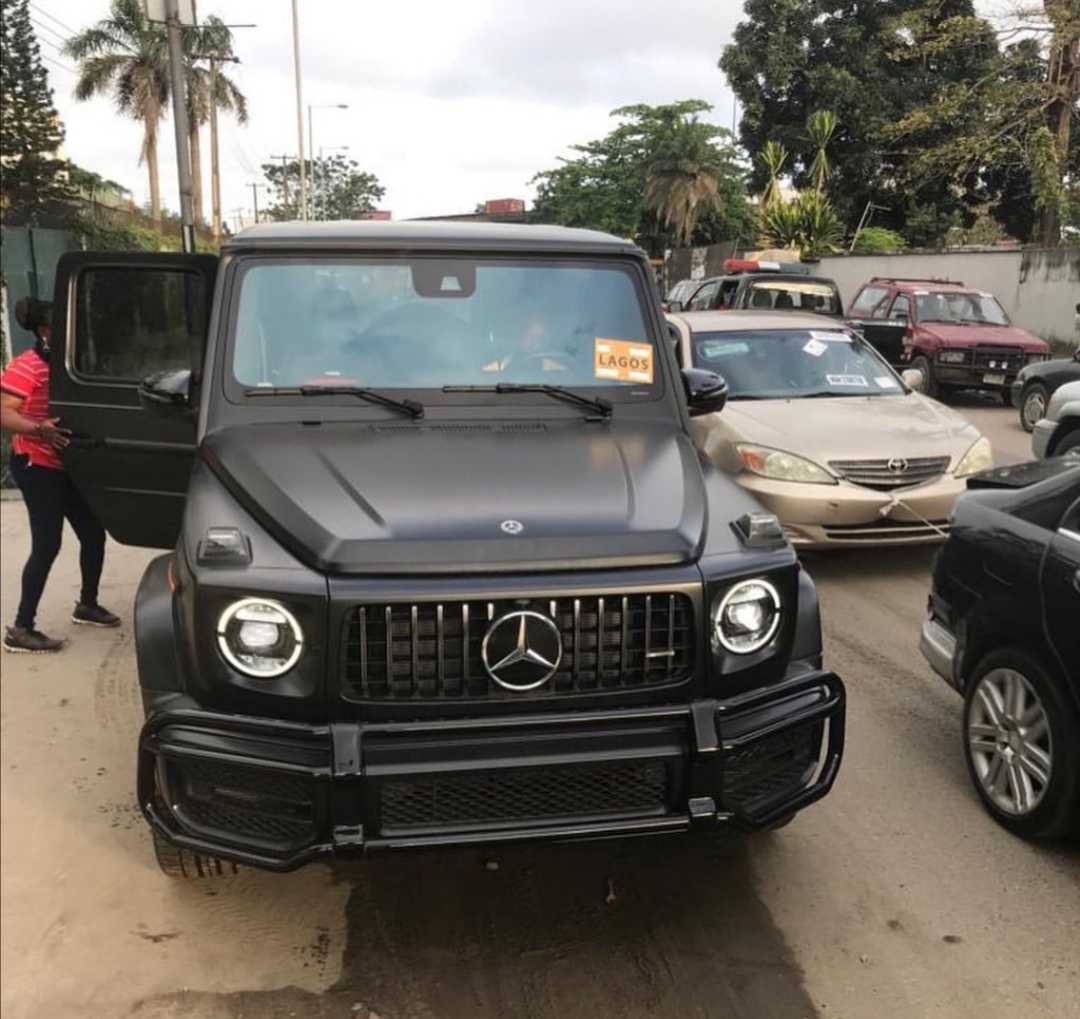 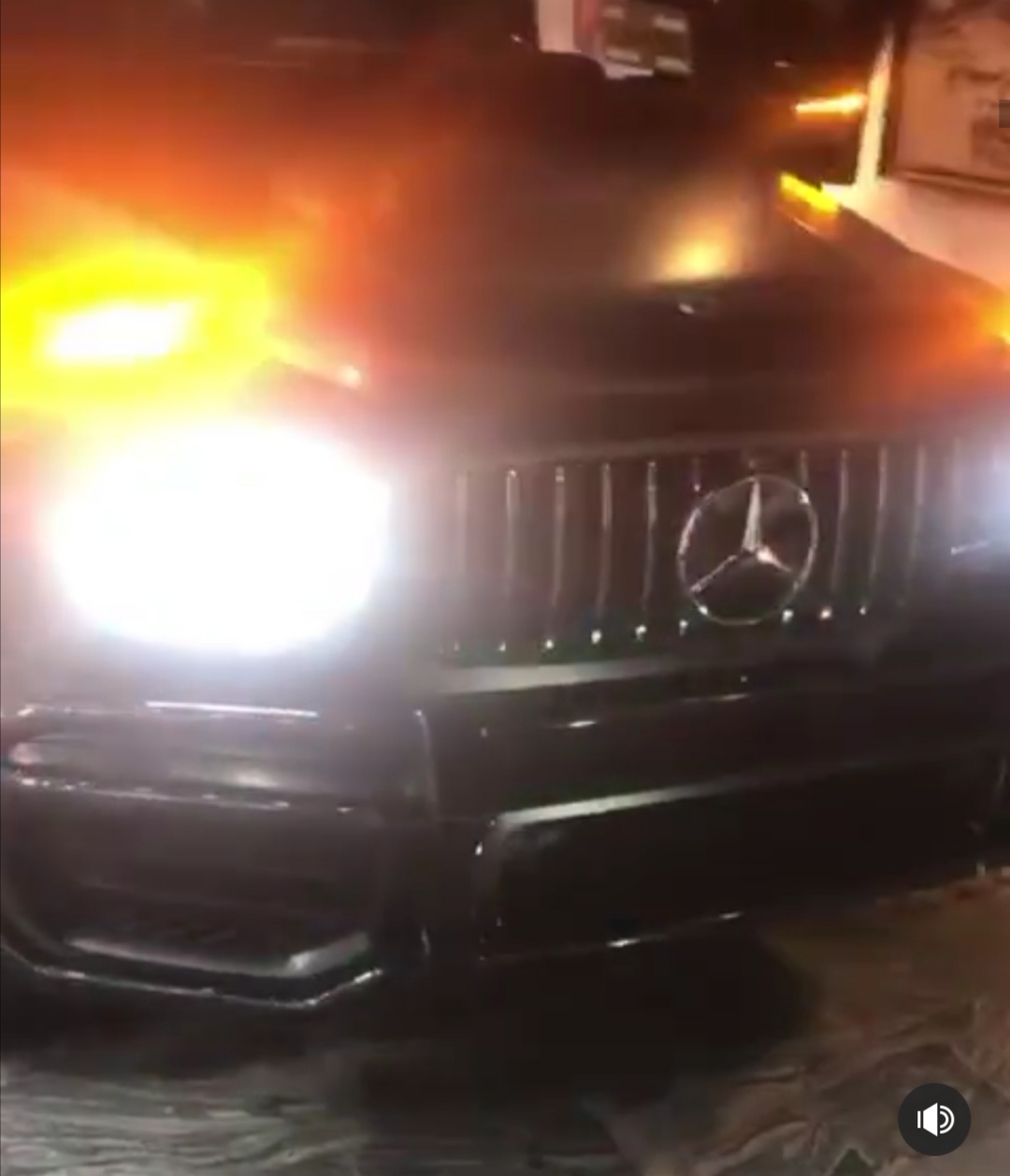 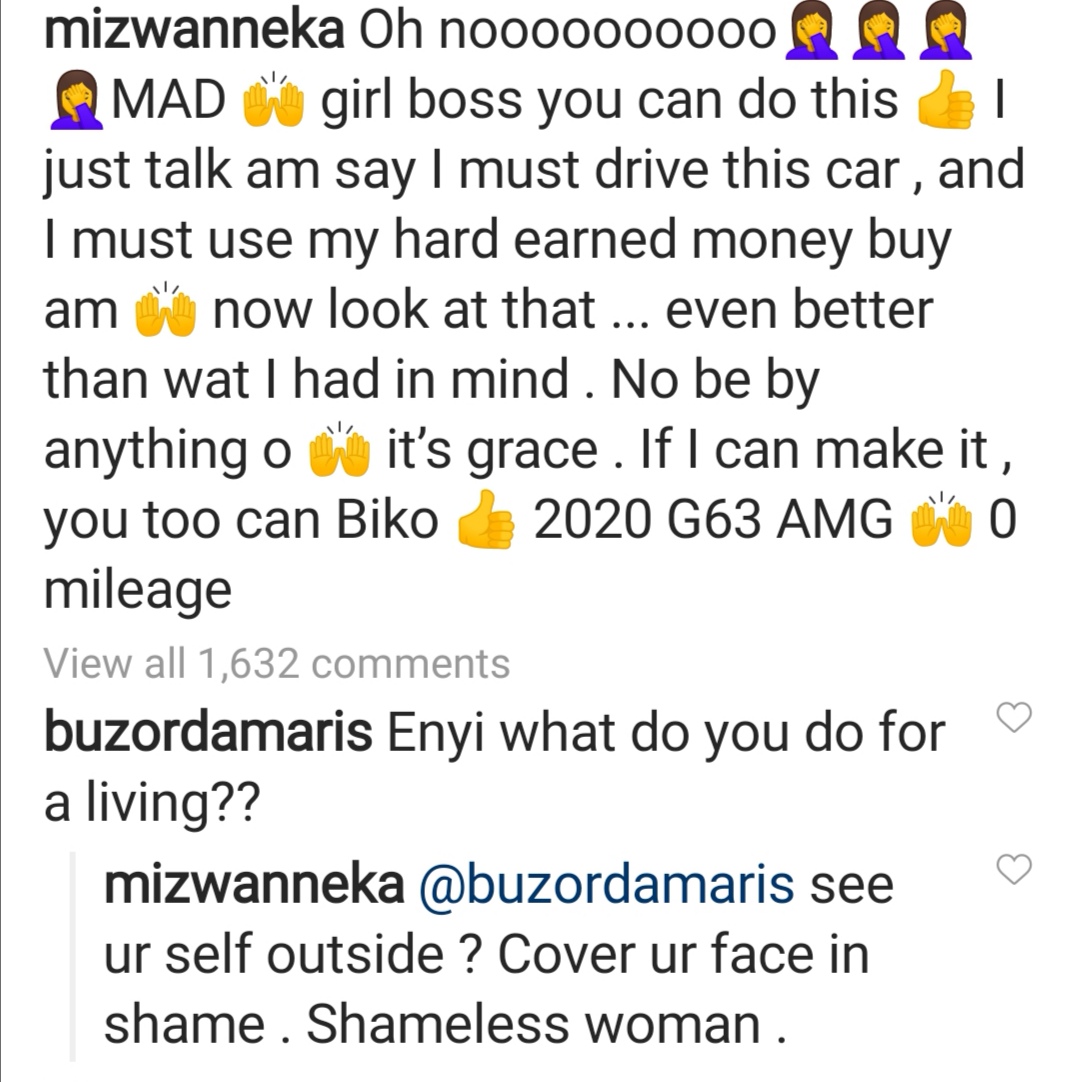 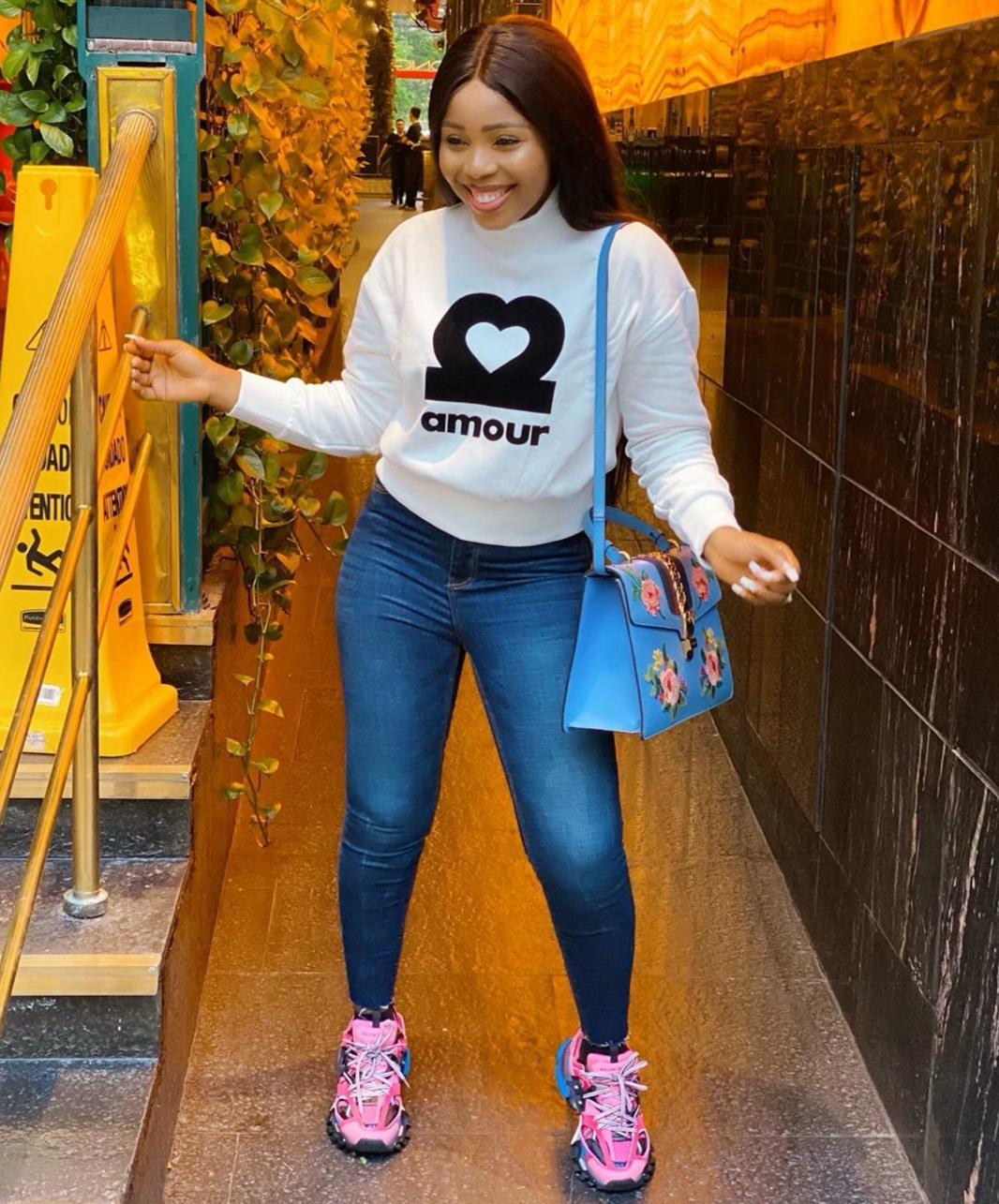 To be a big player in the lifestyle sector now seems like the best thing to do. Most especially to be an hair merchant, as nothing seems to compare to it right now in terms of making good profit. Those engaged in it are seemingly raking in the money in loads and torrents. Ask the likes of Chioma Ikokwu & Kika Osunde of Good Hair. Also ask Akunna of Kuku’s Hair and most especially too, ask MizWanneka, who just took delivery of her very own 120m Naira rated 2020 Mercedes-Benz G63 AMG in matt black! That she bought with her sweat and hardwork.

Nwanneka Nkumah aka MizWanneka, the self styled Africa’s Nos 1 hair boss, whose entrepreneurial prowess has been commended  & rewarded took delivery of her monster on wheels, just a few days ago and it has been celebration galore since then.

Whoever then that claims that there’s no money in the hair business in Nigeria is most definitely a bloody liar!

Akunna of Kuku’s Hair who is probably one of the biggest in the luxury hair market in Lagos and most probably in Nigeria, regularly carries her ‘Hermes Birkin in Crocodile’ amongst several other ones, which could come to about $150,000, that’s about N54million Naira for one bag, which would most conveniently buy the 2020 G63 AMG, without batting an eye and one would still collect good change from such a purchase.

The super stylish Akunna Nwala-Akanmo, who is a married mother of one, with the’ ‘awesomely bodacious body’ is an avowed fashionista of note, who most likely could own more than one of that most coveted of bags in her enviable collection. We have heard several times about how her wardrobe and collection are a to die for. But this story is not about her, but about Nwanneka.

To also show how that the hair business must be a major money spinner, one can also see how 2 of the most visible in the business too, in Kika Osunde and Chioma Ikokwu, are always lounging luxuriously, having the best of fun, wearing the best of designer garbs and carrying the best of accessories too like they owned the companies making those things. Flying about to some of the most exotic places in the world in business class or upper, like they are trekking to VI. Their wardrobes must be in excess of millions and millions of Naira. If all things work out as they would, even Chioma from what we hear, could be launching a humongous car/SUV soon, maybe a Velar or something much more awesome and costlier. We are waiting and watching. Her multimillion Naira home or penthouse in Ikoyi, already speaks volume.

One other person cruising about town in her own AMG G63 for a bit now is @badgirlkelly. Her own though is one kind of those gorgeous cappuccino color, which always-always gets people’s nods of admiration whenever they come across it.

From how the elated Nwanneka expressed happiness at receiving her new car, as she says grace and hardwork is what has brought her thus far. We are too sure that this is just the beginning.

Read what she said as she expressed her joy in full above in the picture.

HARDWORK, DILIGENCE, DEDICATION PAYS OFF AS WILSON JOEL IS HONORED WITH A DOCTORATE
FOR SARAH OFILI HAPPINESS CANNOT BE FAR BETTER THAN THIS
Comment