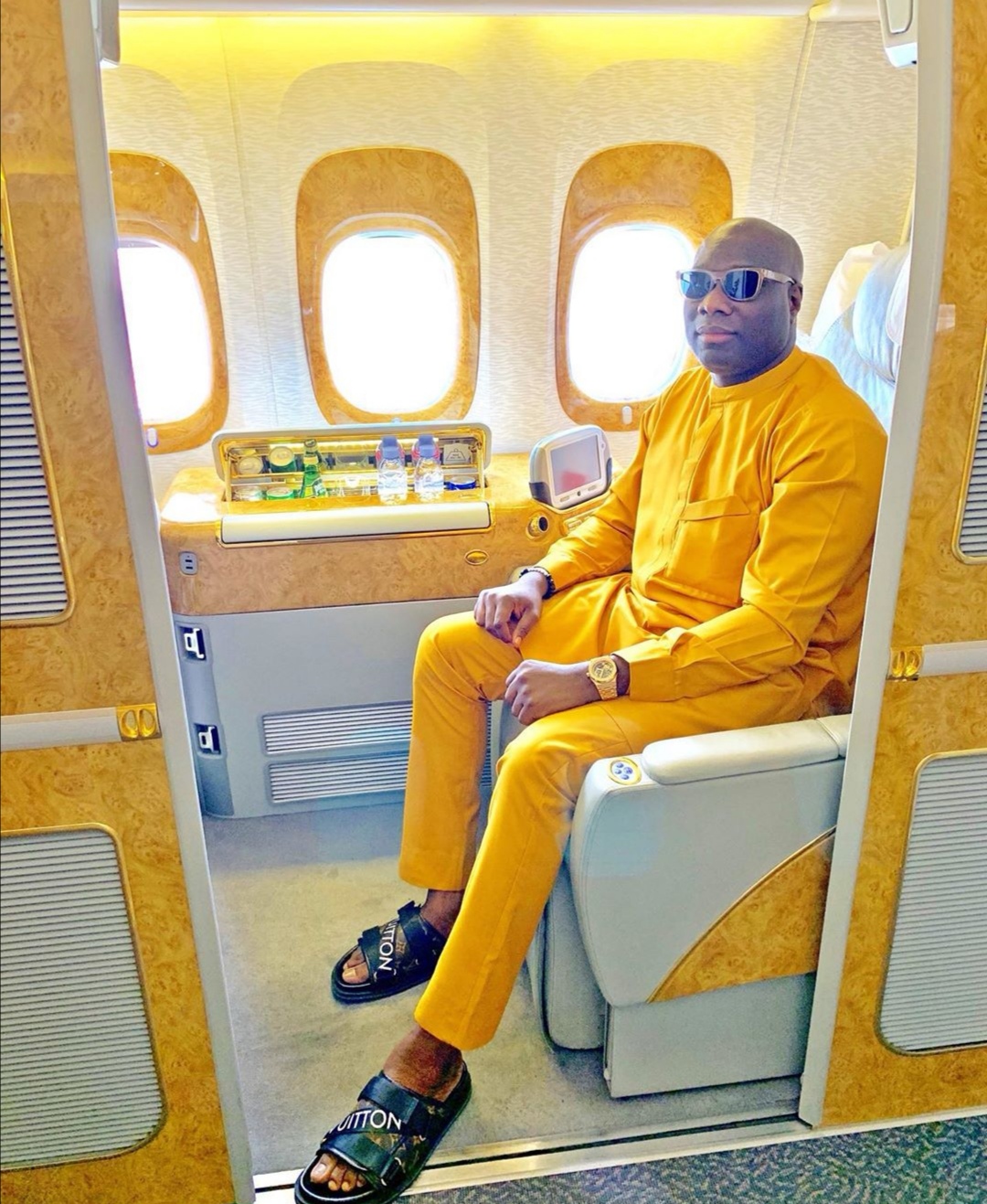 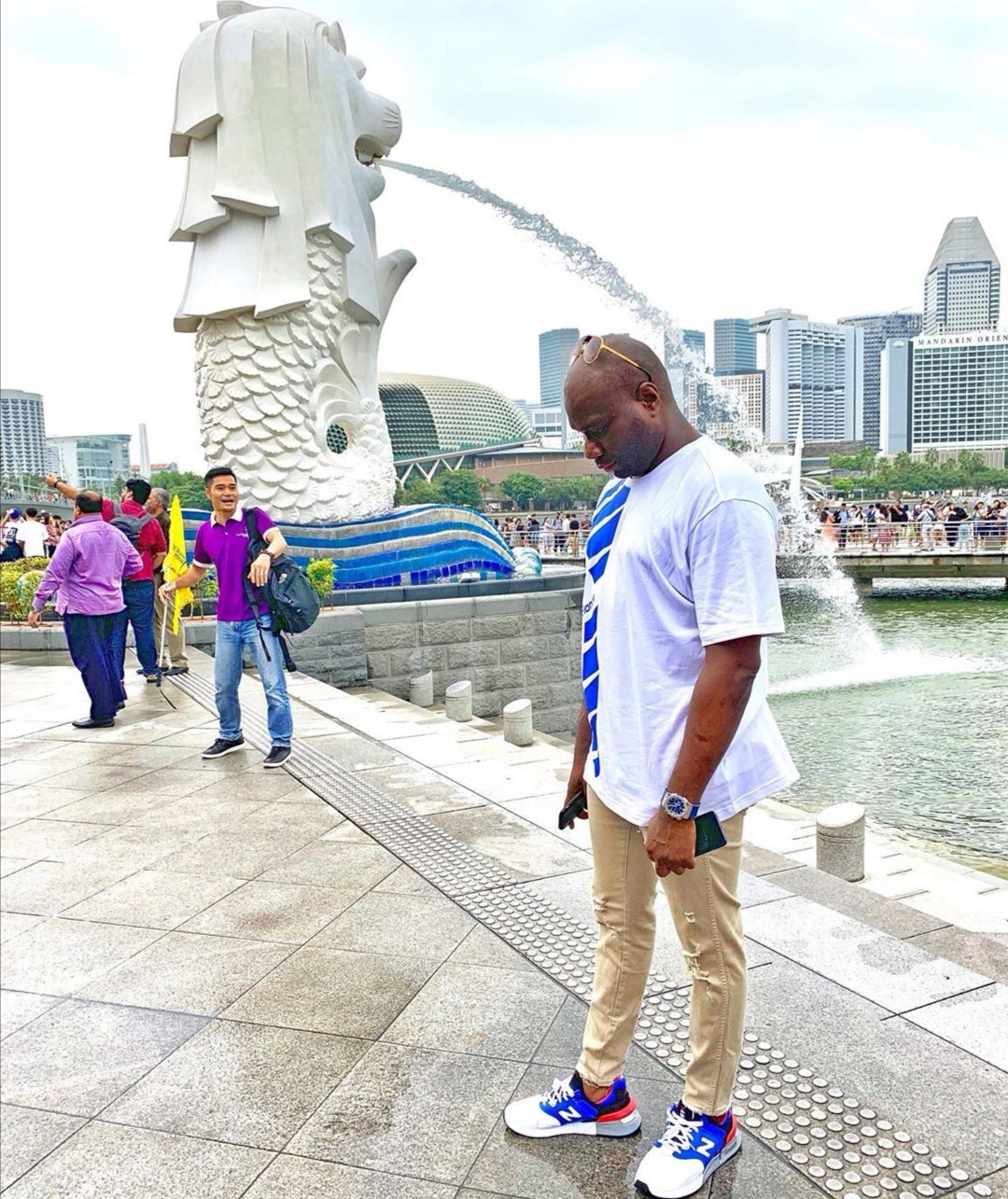 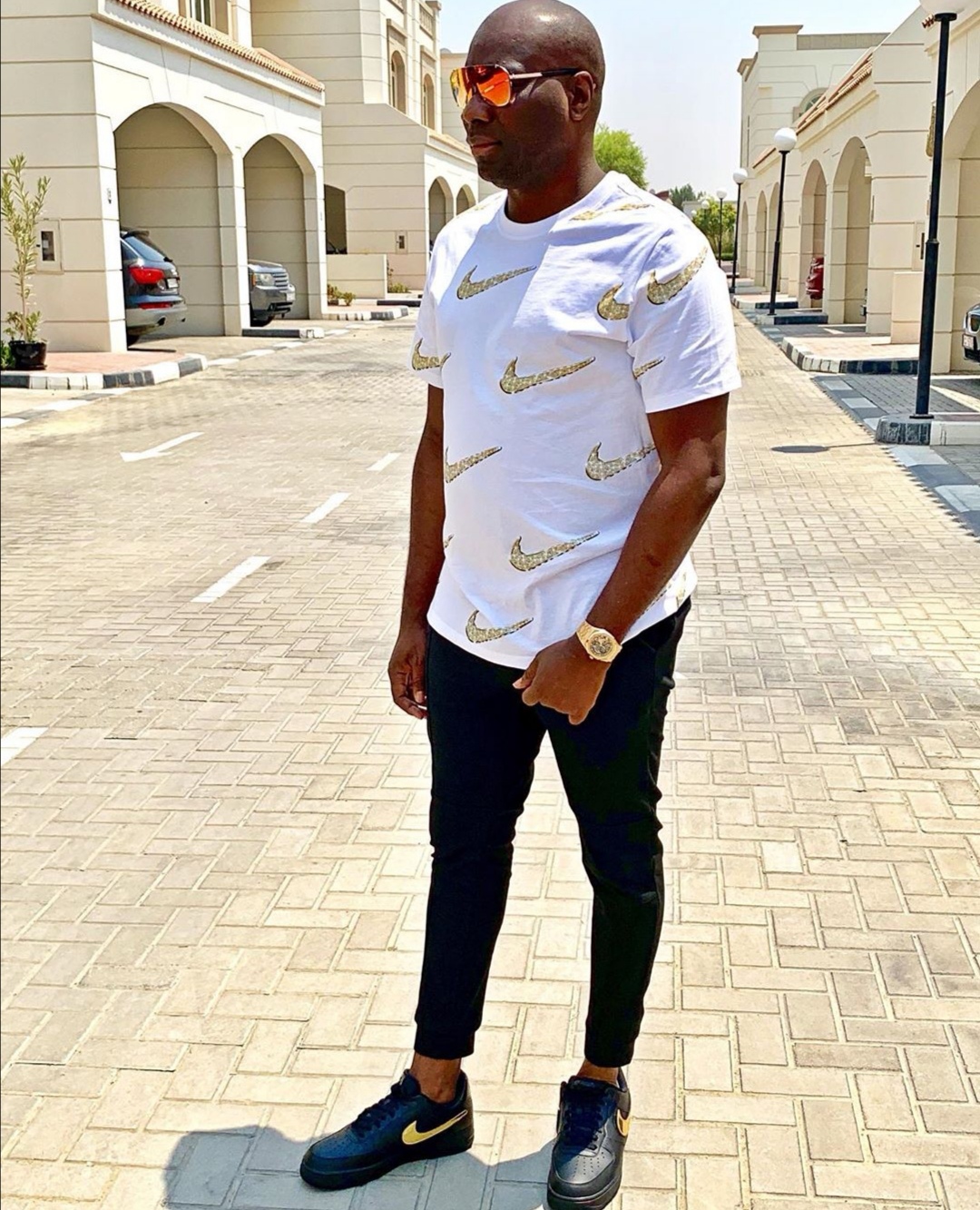 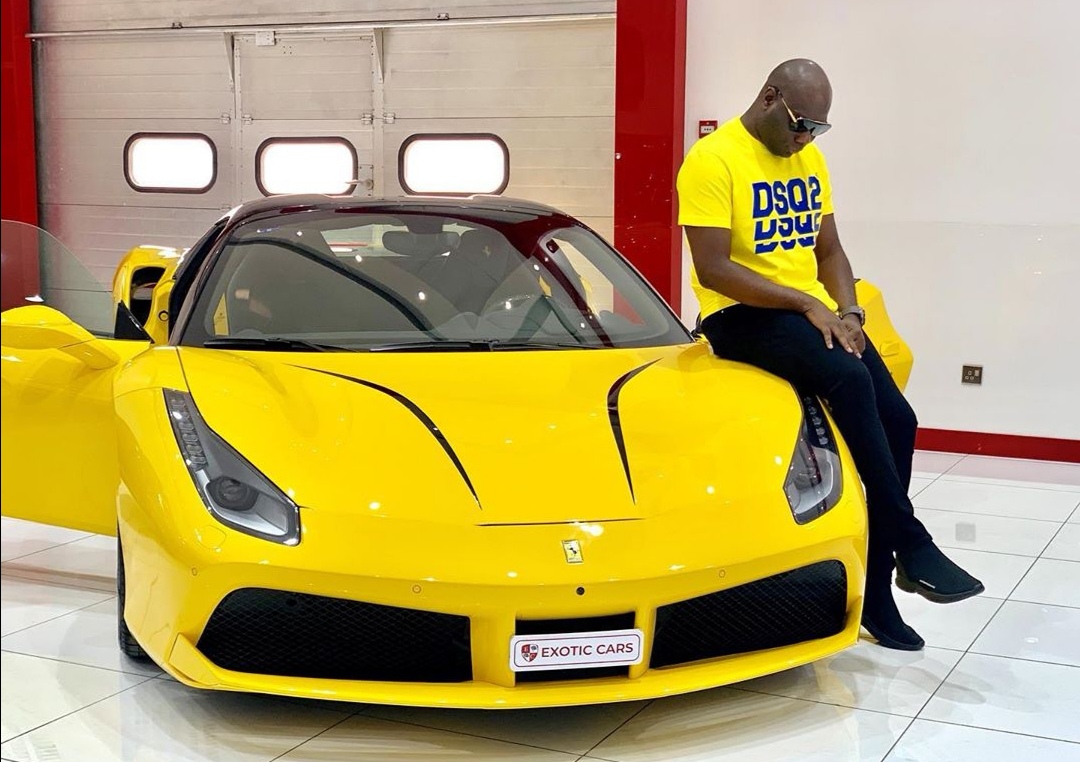 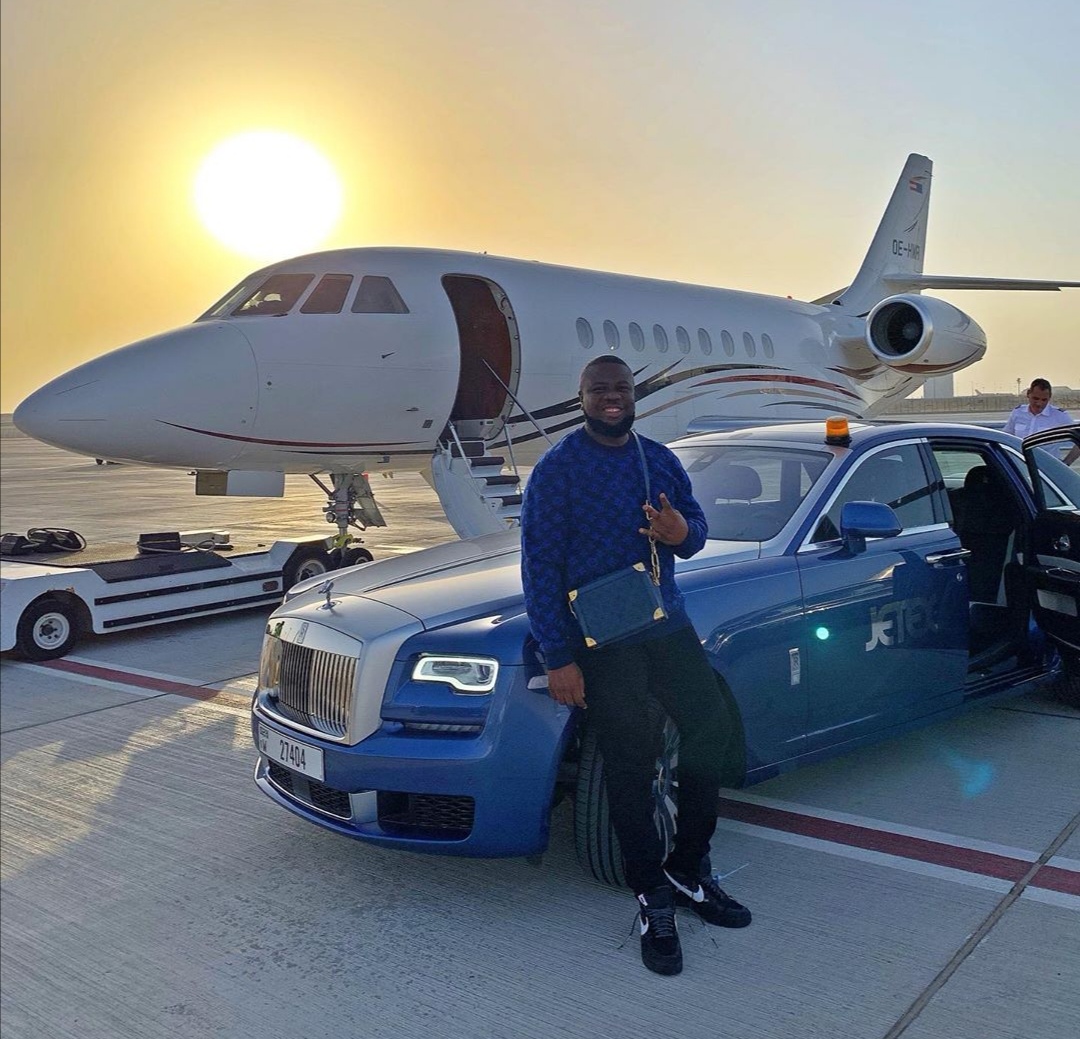 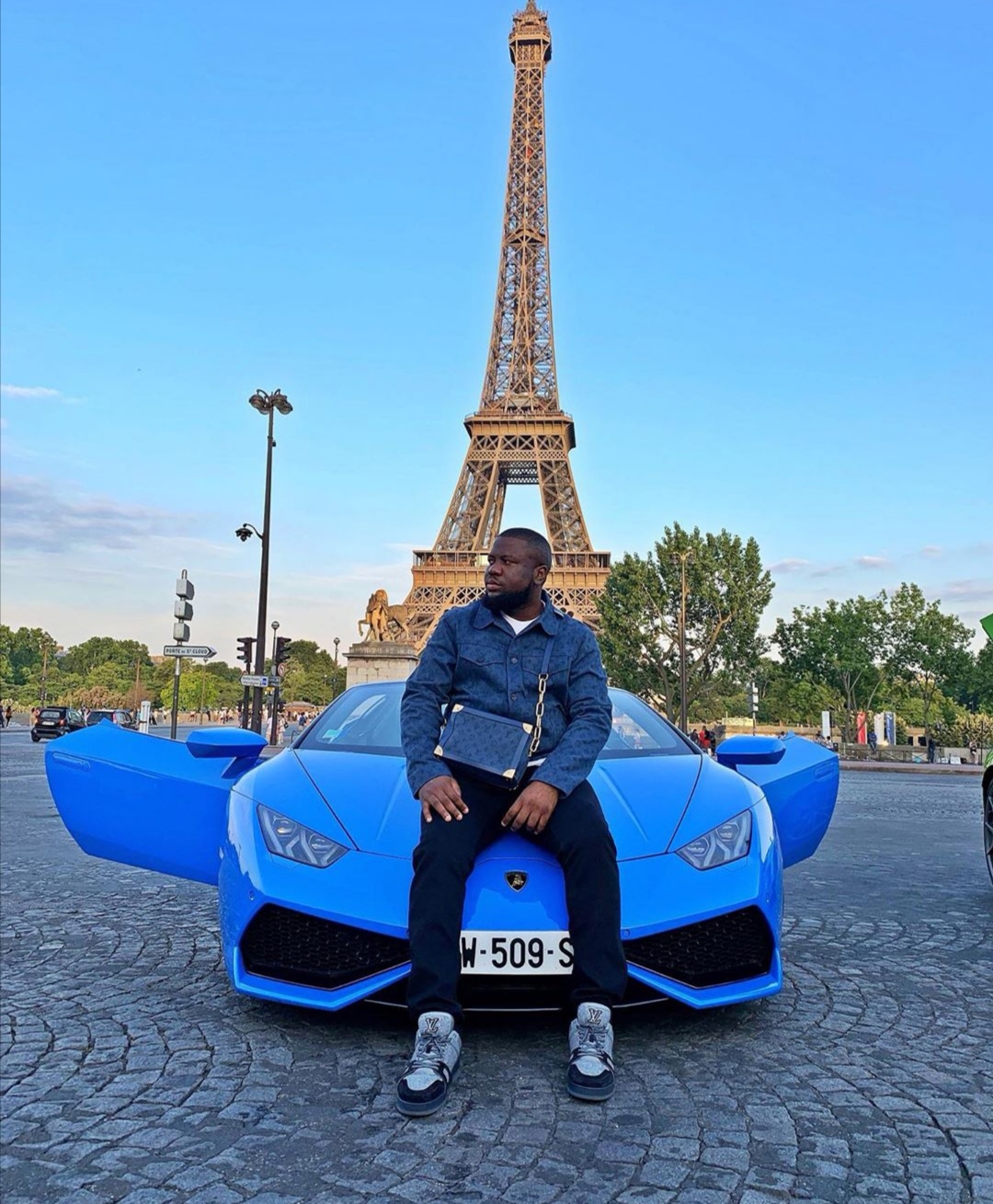 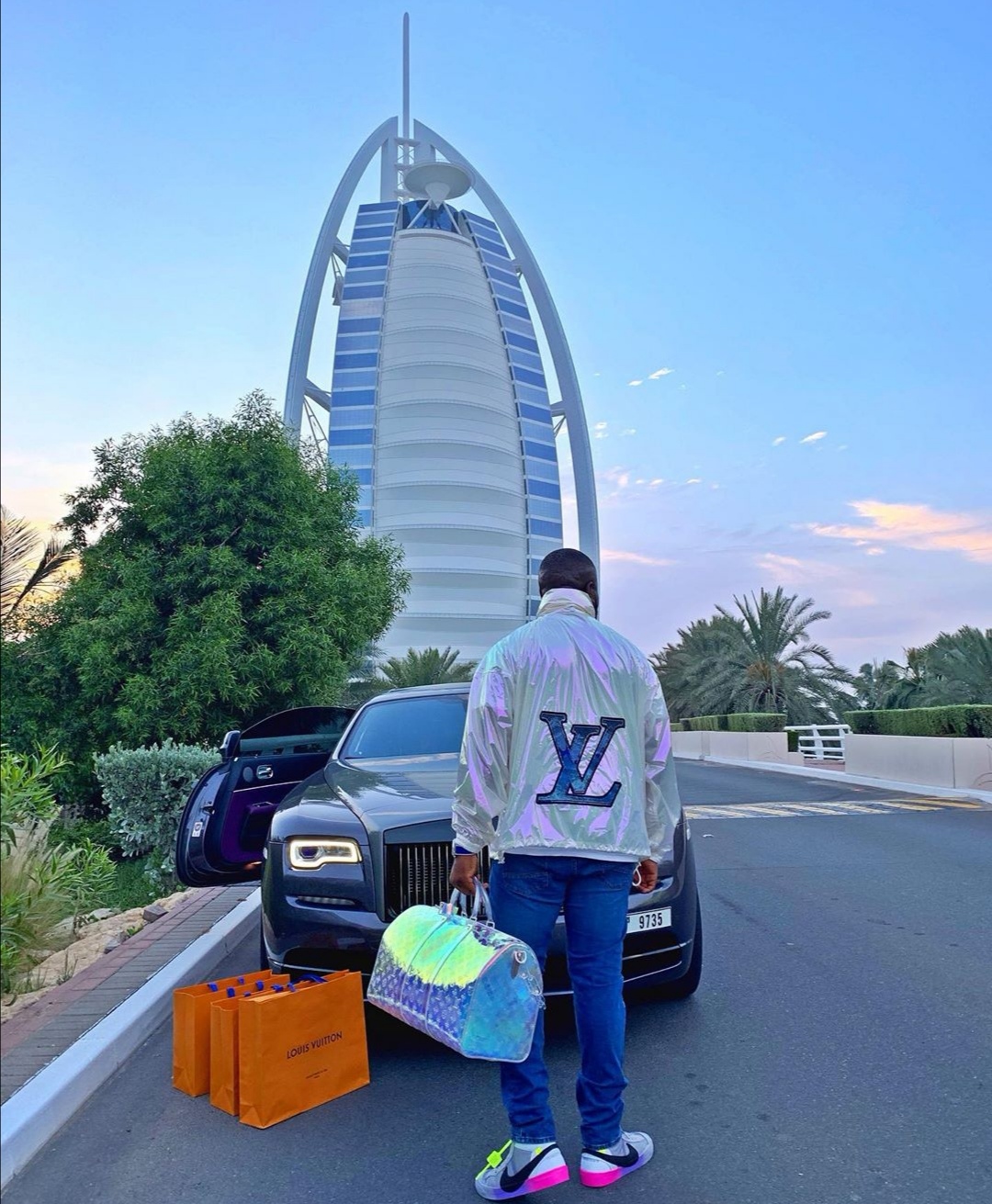 For any to say they don’t know or have not in one way or the other come across the 3 names above very very well in the last 2 to 3 years would mean that such a person claiming such ignorance is probably from Mars, Mercury, Saturn or Pluto. Even at that, such inhabitants of those far away planets cannot deny not knowing those three names. These 3 are just a few of the so called super rich young men, some call them billionaires that came into our consciousness like a bolt out of the blue all in the space of the last 5 years.

These young men came in and made the old filthy rich guys/men look like they only had peanuts and are probably peasants. They flaunted their “wealth” with abandon in the faces of people like they didn’t give a care in the whole world. In fact even songs or lyrics in their support came pouring out like the very lives of the singers/musicians, depended on it. Remember such lyrics like “if you no get money, hide your face”. And others like it. These guys and so many others like them, became icons to many youths, many who didn’t care that their new heroes seem not to have any pedigree or backgrounds or history whatsoever, for those youths their new motto became, ‘make money at all cost, no matter what’. So whether the money is from organ harvest, yahoo-yahoo, yahoo plus, it doesn’t matter as long as money has come.

You see extreme, extraordinary, totally vulgar and extravagant display of crazy amount of cash in foreign currencies; display of  monsters on wheels-likes of the very latest Ferraris, Rolls Royce, Lamborghinis, Bentleys etc just name it; buying of designer garbs of all kinds (extreme daily shopping that baffles understanding, like the money is limitless; travels in first class or private jets to exotic places in Dubai, Singapore, Malaysia, Greece, Paris and Co; outrageous display of wealth at some of the best hotels and lounges possible, such as the 7-star Burj al Arab& other similar places like it.

When many of these guys whose vocations one couldn’t readily ascertain or point to came into this wealth, what they came into must have been humongous ooooo. It was like they even owned the banks in those places, that they became like lords. Their parties were so extravagant, that even those whose wealth were somewhat certified couldn’t dare compete with them. We can remember very well an out of this world party about a year or more ago. Where the kind of cars in thr entourage of the couple marrying has never been so vulgar like that before. Close to 40 states of the art cars one after the other and the couple in a spanking Rolls Royce. The money sprayed at that party on that day couldn’t have been less than 100million Naira. The party even had strippers or go go dancers entertaining naked.

People like Mompha and Hush-puppi also known as ‘Igbalode’, Self-Paid and the likes became the new lords of the manor. But just like they came like bolts out of the blue, it seems like the chicken might have suddenly come home to roost now. Self-Paid now in Ghana, like several of them have ran away or gone underground to avoid the law. The fear of the EFCC now has become the beginning of wisdom. Have we now not seen the reduction in the outrageous and vulgar display of wealth on the streets, like it was 2 years ago? Most night clubs that just sprang up anyhow then, are shutting down for lack of patronage. Those that are still around are more careful now so as not to draw unnecessary attention their way.

So on Thursday, October 17,2019 in Abuja, the FCT to be more precise, after Mompha had arrived Abuja and had had his fun and was about going back to wherever he was on his back way to, the long arm of the law crept and clamped on him to arrest him or invite him for questioning! He was already on the plane luxuriating, waiting for the flight to go, when the ‘men in black’ came for him. People are still speculating on whether it’s the EFCC or Interpol, that clamped him. And since that day, he has remained incognito or best incommunicado. With people speculating on whether he is in Abuja or now flown to Lagos, but those who feels they know are picking Lagos to be the most likely spot he would be. From what we hear, the usually boastful and generous Mompha is most likely already singing like a well fed Nightingale. According to this folks thdy believe very well he would have since become a one man band, singing bass, treble and soprano, and playing all of the instruments available all by himself, whilst playing the lead and then the supports too.

So are speculating that this might actually be the beginning of the end. Just imagine that this is actually his 2nd arrest in the space of 2 months! If he was actually smart, why didn’t he just go underground for a while?

Who in fact is Mompha the big boy? According to those that might know a thing or two about him, he is the son of the owner of the biggest bureau de change in Ikoyi before. He is about 30 plus years old and he cut his teeth under his father before branching out on his own to do the same business too, albeit in Dubai. So is it the bureau de change business, where you make between 1 & 3 dollars per a certain amount, that has made him so filthy rich like this, to the extent that he became a Father Xmas of extraordinary proportion? Most definitely not. Apparently he was introduced into another money spinning business maybe real estate business or fashion or lifestyle influencing by his former friend now turned enemy, Hush-Puppi a while back and the rest like they say has since become history.

Since his ‘arrest’, unconfirmed gist says that Hush and Woody might have somewhat gone underground, that’s because of its Interpol like some have speculated then yawa don gas be that. But we would try to confirm that though. Hush like you all already know is the well known self-styled ‘Gucci billionaire’, who has bestrode Dubai like a colossus since he got there about 2 years now. He and Mompha were 2 & 3 before they fell out publicly and then took each other to the cleaners thereafter.

Woody on his own is said to be Hush-Puppi’s man Friday. The dude that picks up all his bills every where they go. Once Hush snaps his finger, Woody makes magic happen immediately (Woody is Hush puppy bill payer).

Would Mompha open up and point finger? That’s the question on many mouths right now. We believe that soon, we might begin to see the effect of this big arrest or invitation around soon. Remember very well that not too soon after the arrest and expose on Invictus the Forbes rated billionaire, an FBI dragnet swept out many from their hide outs across the world.

One thing we know for sure though is, it’s nearly going to be impossible for Hushpuppi to step foot into Nigeria for a long time to come.

EFCC CONFIRMS THE ARREST OF MOMPHA, PROBABLY AFRICA’S WEALTHIEST DUDE IN DUBAI
HARDWORK, DILIGENCE, DEDICATION PAYS OFF AS WILSON JOEL IS HONORED WITH A DOCTORATE
Comment