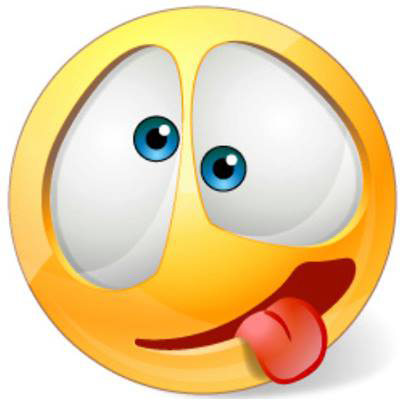 We have no issues whatsoever with anyone indulging in anything they feel is good for them or that helps to boost their confidence. Many have had to do it, to help correct what accidents of all kinds, might have screwed up terribly. So that’s great. But there have been too many instances too, where people have just indulged in it just for the fun of it.

For those in this category. It’s a quest to just re-do whatever it is they have considered nature’s mistakes. In their minds, they believe that maybe nature cheated them or short changed them, so with the opportunity to try to make amends available, nothing is ever again going to stop them from achieving what they consider their dream bodies. So however it can be done, no matter the risk and cost, they don’t mind going under the knife to correct such problems or achieve their goal.

While there have been so many successes, so many in fact too numerous to count, there have also been many mistakes too, in fact even casualties too and that’s scary! Remember it was the complications from a liposuction gone bad that eventually killed a well known person not too long ago. Just like we have in many professions, smart alecs and charlatans, who just want to experiment, just so they can make money abound in loads. But also there are qualified personnel too, who knowing very well their own limitations should embrace restrain, but instead of accepting such, they have preferred to be seen as a jack of all trades, master of all. So just bring any job, we go do am!

This particular doctor, a  celebrated plastic surgeon for that matter, is well known, especially since plastic surgery became the in thing in Nigeria. And since he emerged on the scene with his practice, he has done loads and loads of jobs, a quite many successful ones at that. And by virtue of that he believes he has become extraordinary at doing many of the procedures that have been brought his way. In fact he has become very cocky, over confident and somewhat rude.

But this particular liposuction that he did around June/July has turned into a super ugly thing. What was supposed to have emerged better and given the person operated on renewed confidence, has emerged even far worse now, than what was there before. It’s even a grotesque mess. And the particular victim is so ashamed and embarrassed of the botched job now, she feels too embarrassed to shout out.

The SW dude from all indication is so cocky now that it has turned to rudeness. The reason majorly for that is also because he sees himself as the salvation of all gullible women who aren’t satisfied with their bodies and would go to any length to try to make a cosmetic change. So the demand from what we hear, is so far above the supply, hence the cost (price) is not cheap and the one that makes the magic happen can afford to be cocky.

Like we said before, we cannot begrudge anyone for wanting to help shore up their own self-esteem and confidence, but that’s only when the process or procedure used in achieving such is not harmful and very safe and wouldn’t add more problem at the end of it all! But the plastic surgery thing has since become like a dime in a dozen now in Nigeria. Just imagine that in the length of time the thing became more popular here, a number people have even died untimely in the process in recent times! And guess what, such deaths have been hushed!

Just imagine a secretary/trainee nurse/attendant, at a point leaving her popular boss, to go set up her own clinic, claiming to know how to do such procedures too! And then the not so easily  reversible accidents that have occurred at such kind of clinic, with people even dying and then such had to be kept hush hush. Very recently such a thing happened in Abuja to a lawyer and what has come out of it? Nothing!

Loads off botched jobs abound all over, here and there. Many have had to go re do what had been done before. And why wouldn’t such be the case, when the ladies are literally queuing up to have one thing or the other done. In fact, some are even begging for discounts too, so they could go do theirs too! These doctors are so busy with appointments back to back that, they have jobs waiting for several weeks ahead. With such schedules, mistakes are definitely sure to happen.

In Lagos now, if you see 10 ladies (married and single) at most functions, at least about 4 to 6 of them, have had things done on their bodies just for the fun of it or to impress some men. Boobs, stomach, bum etc. The bum in particular is the most happening part to do now. The kind of bazookas or humongous edifices some people are carrying behind them now, are totally unbelievable. It’s like they have stuffed massive pillows down their backs now and they carry those grotesque things with so much pride and aplomb, it’s laughable. We can name names, but that’s not necessary right now.

Back to the lady we were on about, her stomach which was done about 4 to 5 months ago is botched and she’s ashamed now to let people know. Apparently when she reported back to the dude, he just told her it would get better and it hasn’t. So now that the 1st surgery is like money down the drain and to correct now would be more money again and then just imagine the risk!

To our ladies, you all need to be careful. A word is enough for the wise. Any which way though, na your bodies ooooo.