That Mompha the highly celebrated Internet or better still social media celebrity with the awesome and enviable lifestyle was arrested or better still caught, is now history. What is the very latest in the installment in the edition or series that concerns him now, is that one of his so called accomplices or better still collaborators or co-star (actor) in his drama series has also now being nabbed too.

So like we have rightly said above in the title of this write-up, Mompha’s still unfolding saga continues dramatically, and from the vibes we are getting, it seems like the loose noose or lasso on his neck as placed there by the anti-graft body in collaboration with the Interpol, is gradually tightening more and more daily and those many birds that surrounds him, still fluttering around and gliding through the air with utter abandon, like they actually own the world, same way ‘Tony Montana erroneously thought the world was his or in his palm, like in that classic ‘Scarface movie’, might soon still  be caught or caged, as the days goes by.

Like we had said before, the super generous ‘Mr. Nouveau rich’, little known to the world as ‘Ismaila Mustapha’ but better known to most as the highly celebrated Mompha, has since adopted singing, in the mold of a K1 the Ultimate/Sir Shina Peters, as a highly dexterous one man band Canary or a hybrid Nightingale, singing as an avowed multi-instrumentalist also as his new hobby. The guy’s memory from what we hear seems perfectly intact, with a great ability to recall instances, places, people and occasions.

Only just yesterday, it seems like one of his formerly invisible band members, an important international collaborator, in the person of a so called Lebanese businessman by name Hamza Koudeih was discovered and has been brought into the open to come explain his own part in their many business collaborations/transactions. Hamza would have to help explain to the anti-graft body how he and his band mate(s) were able secure transactions valued at just about 33 billion Naira only.

The wily Hamza was arrested at his $5million valued luxury apartment at the Eko Pearl Towers, Victoria Island address. From what we heard, it wasn’t easy at all to penetrate this highly secured/fortified, super luxurious apartment, located at the Eko Atlantic City, the planned super luxurious enclave of the super wealthy that would have no rival in Nigeria, being packaged by the Chagourys. The apartment boasts of the best in security appliances like CCTV and more.  We once had a tour of the place more than a year ago and we can readily attest to the beauty and secure nature of the Eko Pearl Tower, the view alone from the rooms, is breathtaking!

It took the EFCC men more than 3-hours to gain entrance into Hamza’s apartment as he and his wife and other occupants had refused to open the door. The door had to be broken down for them to have access to the apartment. When the EFCC officials finally entered the apartment, they found the wife, who claimed that her husband had escaped from the apartment through the window. But he couldn’t have as they lived on one of the topmost floors of the 33 storey building. So to have escaped from such a height, would have been suicidal. It was only after a thorough search, that Hamza was found hiding in the ceiling of his room, cowering like a trapped mouse. The officials had noticed that a part of the ceiling in his room was suspiciously sealed. Apparently the 3 hours stand off was used to try to either escape or hide. Most likely also the time would have been used by the husband and wife duo to either hide or throw away some incriminating evidences too.

The search of the apartment by the anti-graft personnel, discovered a fireproof safe which had many charms and talisman inside, which Hamza claimed were his ‘prayer objects’. See the picture above.

According to the investigations by the EFCC, it has been discovered that Mompha and his pal, Hamza are highly valued targets of the OCSN which is the Organized Cyber Syndicate Network. Between the 2 of them alone, they have used 3 firms, namely Ismalob Global Investments Ltd owned by Mompha and Hamza’s 2 companies namely THK Services Ltd & CHK Properties Ltd via which they laundered N14 & N19 billion Naira respectivel, totalling N33 billion all together.

It has also been discovered that Mompha alone operates 51 bank accounts in Nigeria alone via which he does his money laundering runs. He apparently undervalued the cost of the 5 watches seized from him at his arrest, which he claimed were about N20m, but has since being discovered to be more like N60m. Like we had written in one of our earlier reports, these 5 seized are some of the cheapest in his collection. He has about 3 not part of the ones seized whose value can never be less than $600,000 dollars that’s atleast N200m Naira, his 2 Richard Milles alone that’s the Yohan Blake & Felipe Massa are about $400,000 dollars. See the picture below, the one on the left alone is limited to only 100. Imagine that Mompha and wife have a his and hers of such a watch. And that’s not the only his and hers they own. Forget about the Rolexes that he, his wife and their children all have. The Audemars Piguet Royal Oak Skeleton double balance wheel below could go for between $100,000 to about $250,000 depending. Even his son owns a made to size AP Royal Oak. So his watch collection could be worth not less than $2 million dollars alone.

From our own underground investigation, Mompha’s rise to stardom or fame couldn’t have begun further than 2015. According to the underground gist, his well known ‘designer loving friend’ who was actually ‘deported’ or had relocated from Malay like they call Malaysia was the one who did the connect. It was this friend, who introduced him to what is now called the G business or that helped to make him a G-boy. He being a Bureau de Change owner, a business he had inherited from his late dad and was running at his pace, was the perfect cover. Apparently he fell in love with the quick, supposedly good money and the rest is now history.

According to the gist, even as his now estranged friend is a lot louder than him, Mompha is supposedly more well to do (richer) than the one that introduced him to the job. According to those who might know, HP the former friend of Mompha might all be more clothes and mouth, than substance-Mompha. 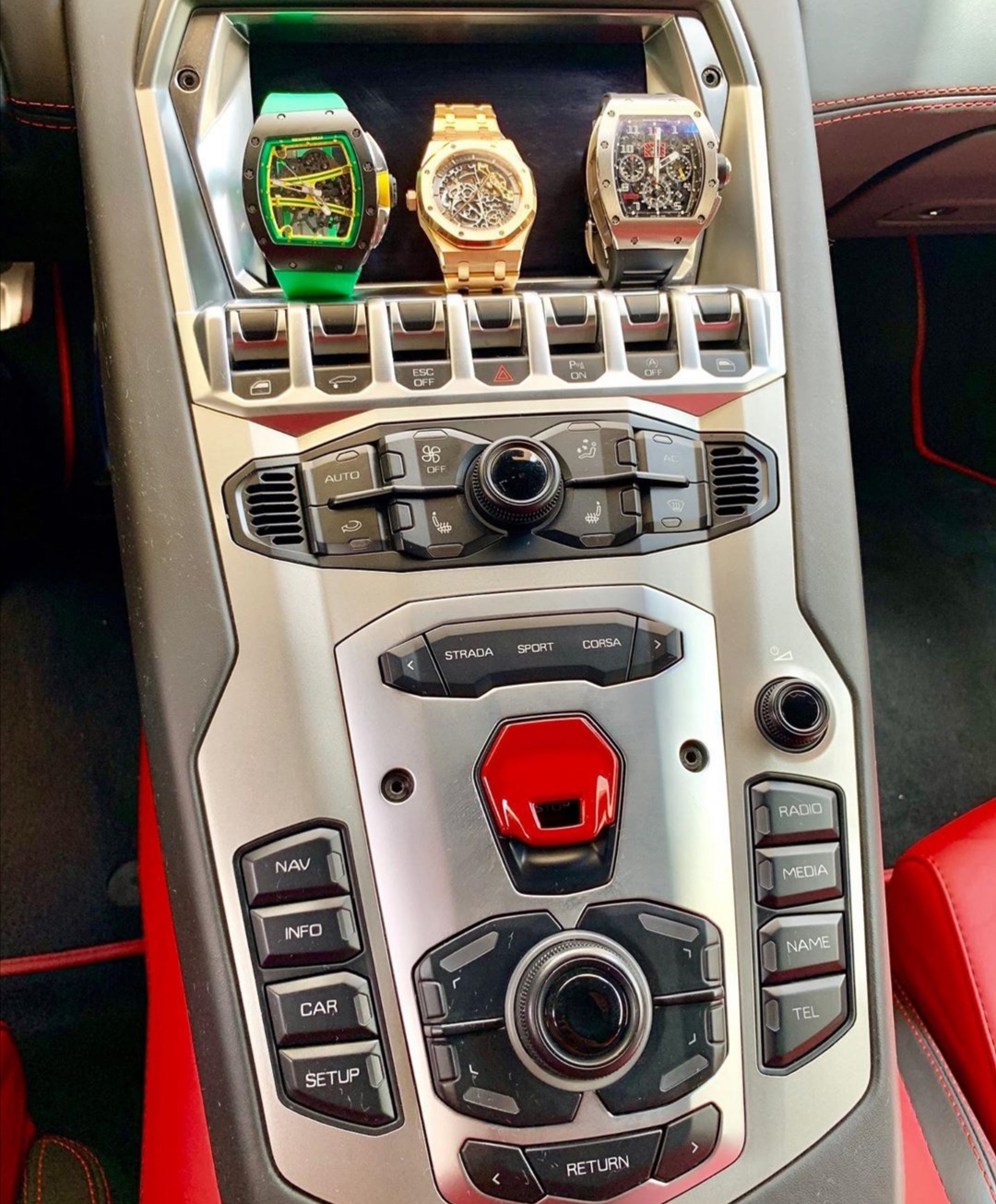 LIVING IN BONDAGE (Breaking Free) -PART 2. THE MOVIE PREMIERE
IS HE STRAIGHT OR IS HE BI? WHICH ONE IS HE TRULY?
Comment