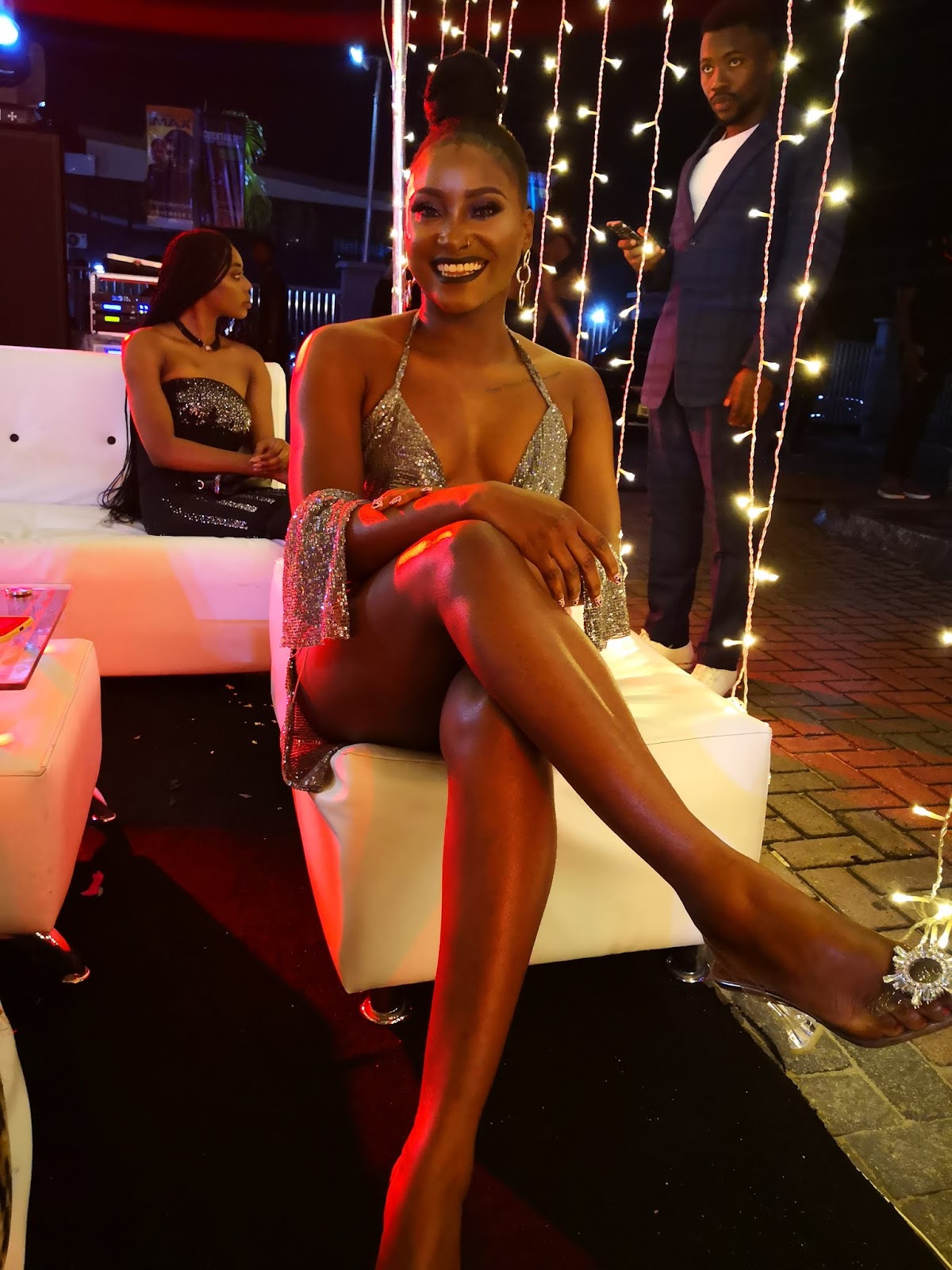 This is probably the most anticipated Nigerian film ever…….. And there’s a good reason behind that. And after watching, it did not DISAPPOINT at all!!!!! Kudos all round to everyone involved in it.

It’s the sequel to a 1992 banger of a film that apparently or probably began what became Nollywood or the Nollywood boom, as it were today. Just imagine that it was so audacious it was a film rendered totally in Ibo (native language) & then sub-titled in English. We need to be more proud of us, to sell our culture and language to the world and we can majorly achieve that through films/movies and things.

Those that saw that 1st one, (just imagine that, with all the noise (hype) then, I never ever watched it-my bad), have forever hailed it as a classic of the most incredible kind, a to be watched. If I should say it properly or better still, they say it is- a must watch! I just have to now see it!!!

And because of all the hype about the 1st one or that heralded that 1st one, I was eager to see this new one. Especially also because it’s a movie that packs the likes of some of the great ‘Shaolin’ grand-masters in the game, likes of KOK, that’s Kanayo O. Kanayo-Mr Exceptional, for those who might not know that famous initials & that booming voice and those probing eyeballs; then there is Ramsey ‘the incredible’ Nouah- this ageless dude with the badass swagger, with that his devil may care stare/attitude. One who acting has become 2nd nature for, so most often he seems to just effortlessly glide into his roles; there is Bob Manuel-Uzoukwu, the ever reliable, who did a good cameo & Kenneth ‘the awesome one’ Okonkwo, the incredible dude as always, a super great actor, who played his role to perfection and a few excellent newbies.

I ll come back to the newbies. In fact, I must come back to one special newbie. How I wish I could just easily recall his name. He was most outstanding in his role.

I have made up my mind henceforth, to watch a whole lot more of our own movies/film, the Nigerian productions. Truth be told, we have had some great ones of late and I have been encouraged. Wow!!!!!

So last night was the premiere of the most anticipated Nigerian film, Living in Bondage 2 and like I said before, I had to just go watch it. As was expected, the place was packed out. In fact, jam packed to the rafters. Stars and celebs rain down torrentially. 😂 Just imagine that even at after 12 midnight, when the movie had ended, the crowd were still so much, waiting to still meet with the crew????? Phew!!!!!

Apparently since it was the Halloween period, it tallied somewhat with the storyline too, part thriller/scary more of drama. So people dressed accordingly in season, at least some. Loads dressed quite glamorously though, as they came to support a super nice premiere. My t-shirt and jeans is the most comfortable and best I could muster though. Comfort is key & my undisputed best friend, days of wanting to impress or dress up all cost looking unnecessary puffed up, is long dead. I must be me. If you don’t like it, then plenty transformers (electric ones oooo) dey around plenty oooooo to hold and embrace….. Hmmmmm.

If the crowd that came for this premiere is a signpost, a testament of what is to come or expect, then this is already a sure banger of a movie, box office wise. I don begin to gell calculate the money ooooo ooo.

Without doing a spoiler, I ll attempt to give my sincere take on what I’ll tag, “an instant success”, a great new movie by many standards.

The Newbie, that newbie.
We have a  new 🌟 star on the horizon. And everyone that watched the movie, readily agreed that, yes! We do have a new super Nollywood star, in the making already, in the young dude that played a leading part in this movie. The guy……..to say the least, is good! Goofy when supposed to be, serious when needed,…. exceptional most of the time. Great role interpretation. Fantastic delivery of lines. Great acting skills. An all round great and to now add small salt to it all, he is humble to the core.

What more could anyone have asked of Ramsey Noauh in his role? Guy was totally badass in look and all. He played a major lead role and is also the exceptional director of a good movie/film, which explored a major social vice that steers us all in the face and that we can readily relate with. Could Ramsey, have been more exceptional as the 👿 devil? Even the bad one must have given him a standing ovation!!!!!

One of the good parts of our movies now, is how they try to sell some parts of us (culture & place, language & more to us) to us, and when done well, it achieves the required goal. Just because of this movie, now I want to go to the east, to Owerri to be more precise for a bit, just to have a fill of the place. It’s seems some sort of unpretentious solitude (peace away from the unnecessary cacophony of the unrelentingly mad Lagos) is available there. Up Country with Banky W sold Bauchi very well. Just imagine that I got a call from Ghana about the place already, just because of the movie. Imagine my friend asking me if we truly have🦒 Giraffes there. Lion Heart for me, sold Enugu or Anambra state. Bling Lagosians, sold a bit or side of the Lagos culture-that faking it Lifestyle plus the show-offy one at all cost part. “Living in Bondage, Breaking free”, the sequel, sold to me, a bit of Owerri, Imo State. Those infamous or should I say famous statues done by Sen. Rochas Okorocha, former Governor of the state, were briefly on parade 😂 😂 😂. At least, it’s now achieving its goal somewhat! As monuments, just like the Lekki-Ikoyi bridge!!!

If I continue to talk, I might just say somethings, that could become spoilers, so let me just say it here and now that, Living in Bondage, Breaking Free is a movie worth seeing!

And also that, it would be one of the movies of the season-2019/2020. In fact, I predict it would make crazy amounts of returns (money) for the makers.

It started well (though shockingly) and scary and ended well too.

Kudos to the whole crew. Munachi Abii, the ex-mbgn showed her acting prowess. This is my first time seeing her acting and because of this, maybe more new roles could begin to roll in, in torrents.

*Storyline-Great. It was simple, not complex at all, which is excellent and not cumbersome to the brain, you grab it straight away. And it holds you till the end. The plots were also on point. They were well woven together. Meaning the director, did a good job, cutting well.

*Characterization/role interpretation-Super Fantastic. Those who needed to- show, shine, blow, all did. Kudos to Kenneth Okonkwo, Ramsey Noauh & most importantly, the young, new star, whose name I cannot readily recall. My bad.

*Thematic Achievement (theme)– was totally on point. The movie passed across its intended message or objective clearly. That ultimate triumph of good over evil, eventually.

*Ending- it ended well. Quite well in fact.

My take!!!! You can always have your own thought different from mine. But the general consensus from us at the premiere was that it was great. 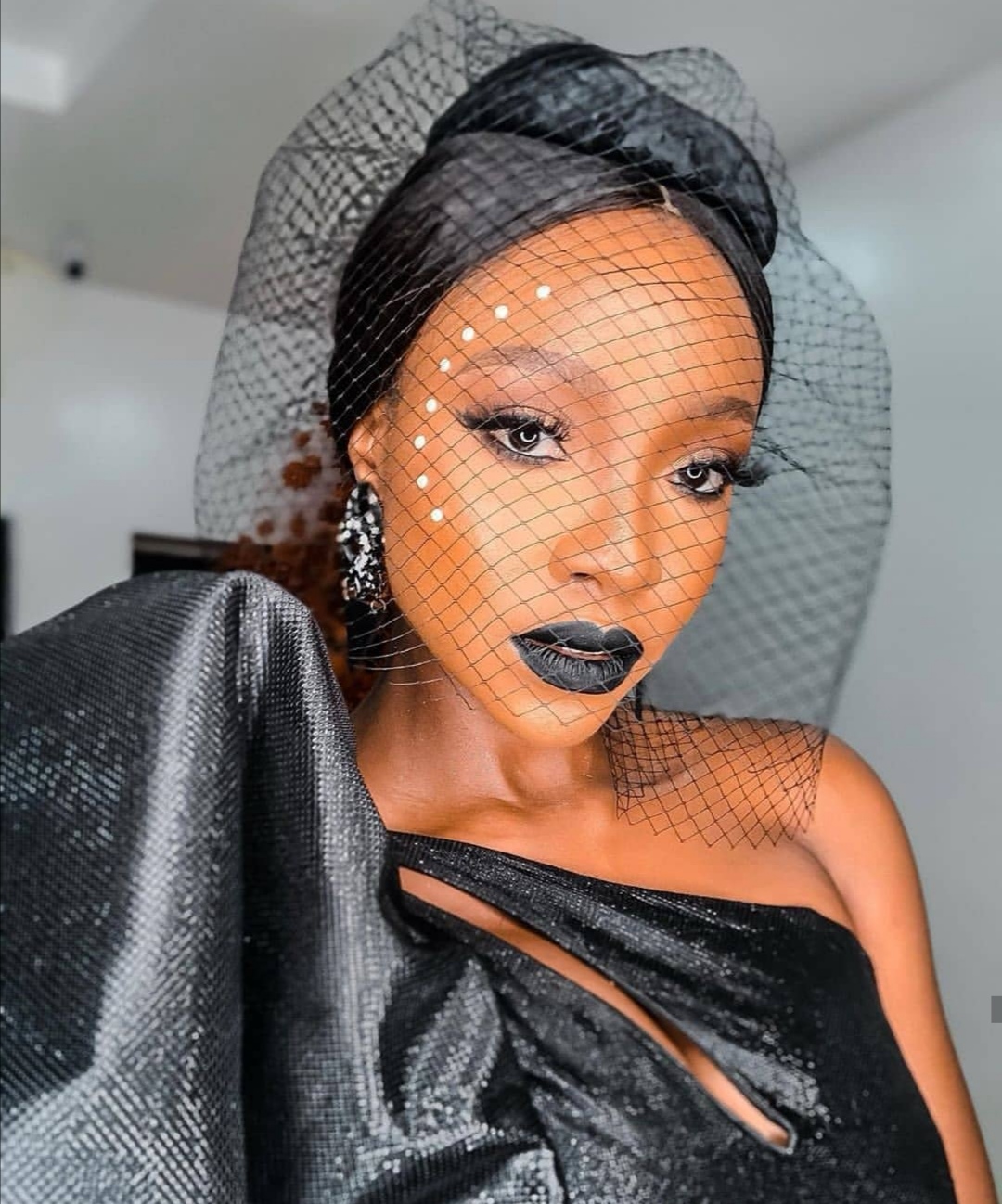 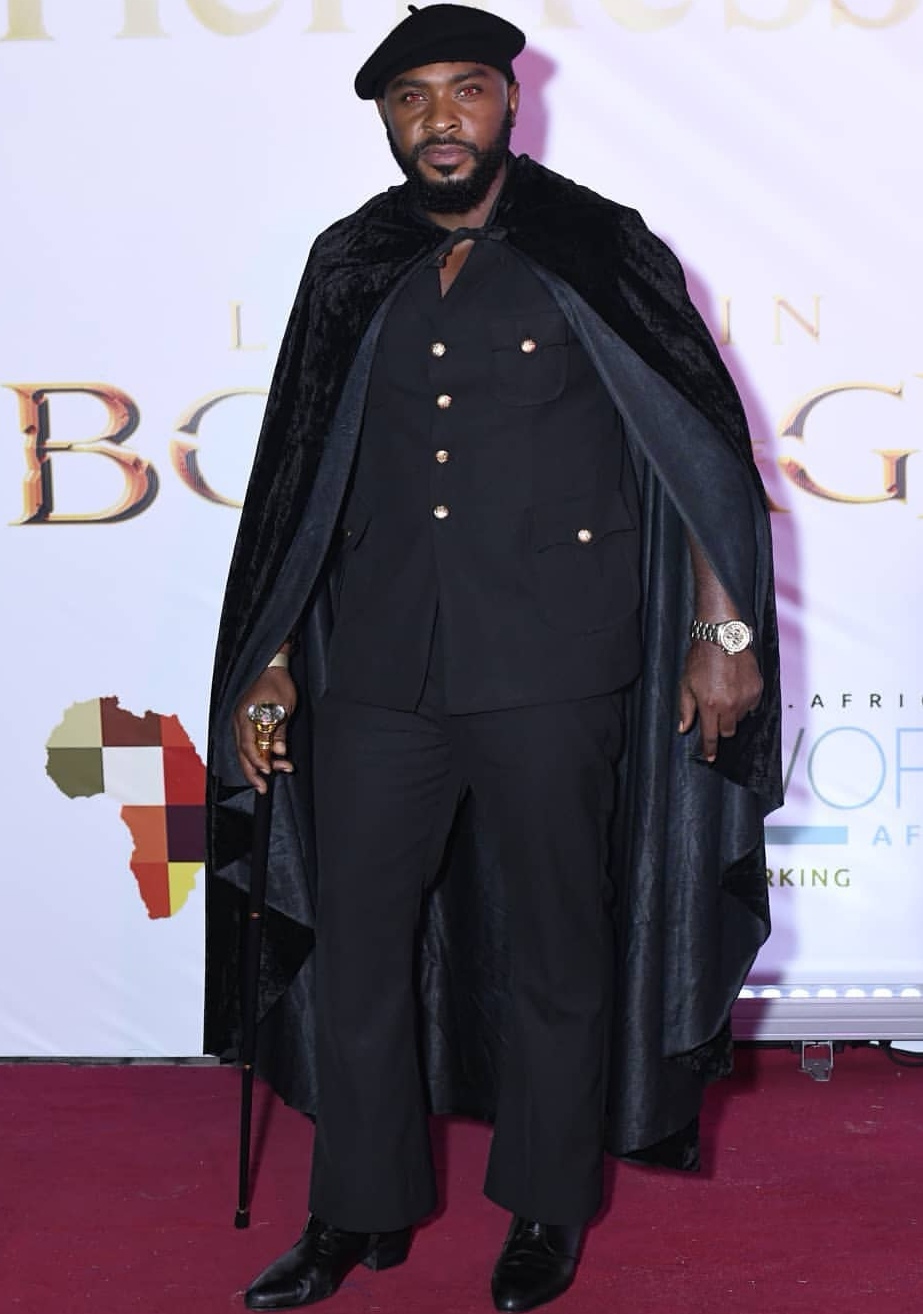 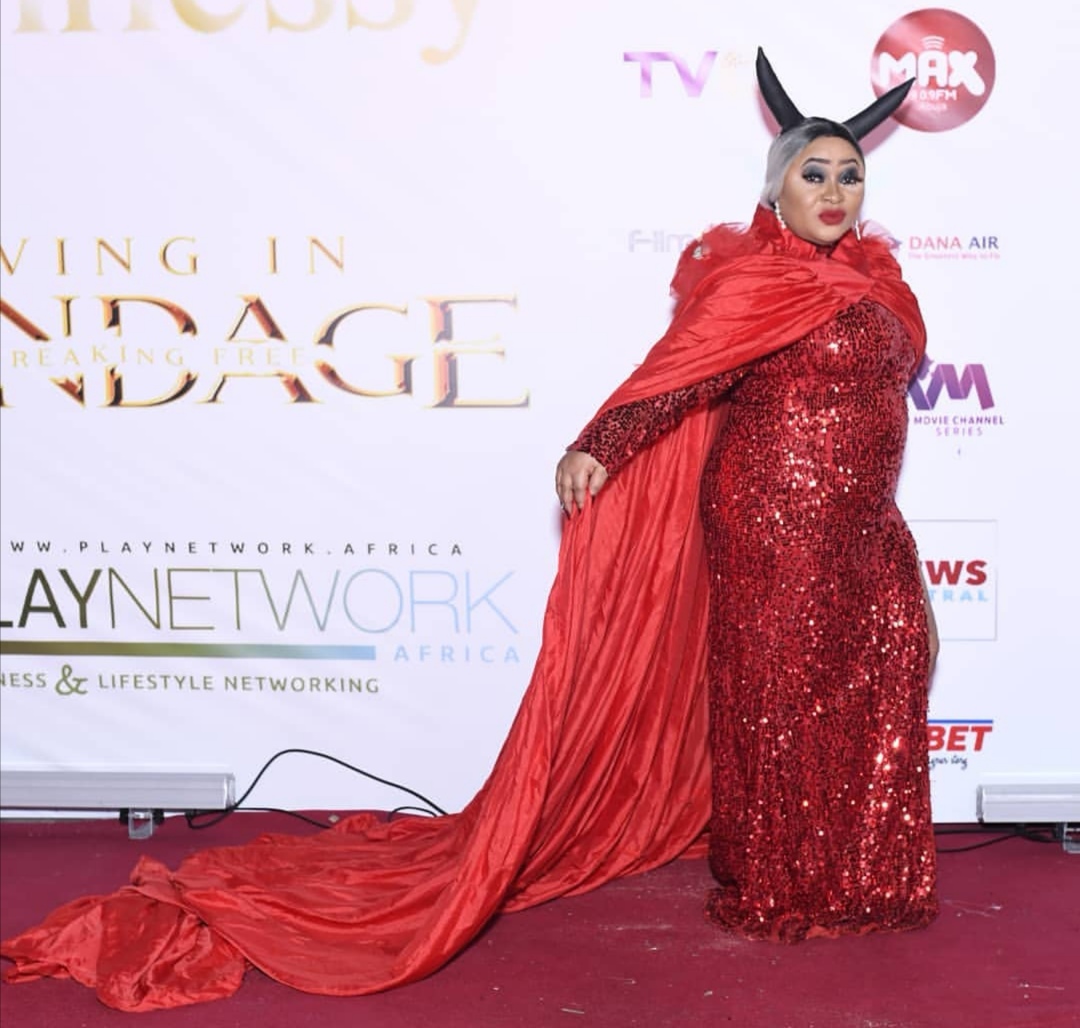 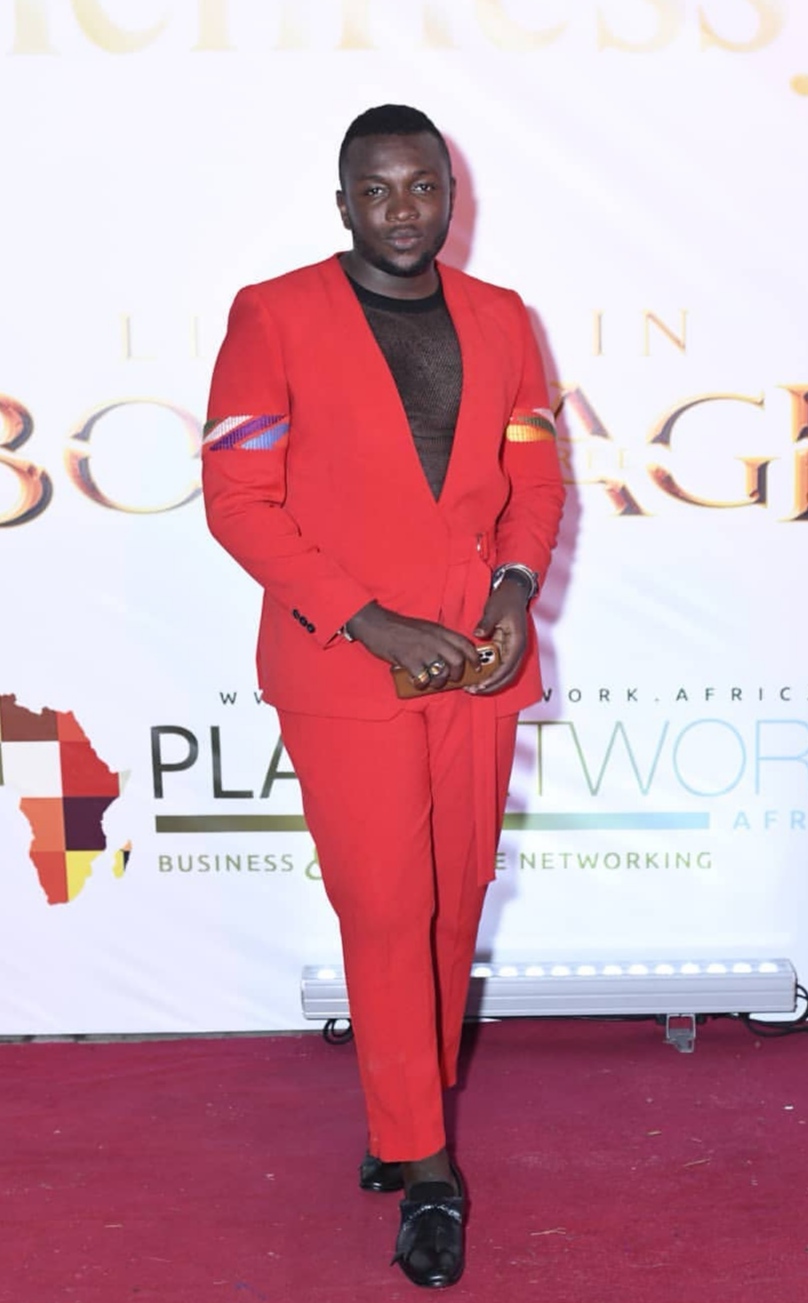 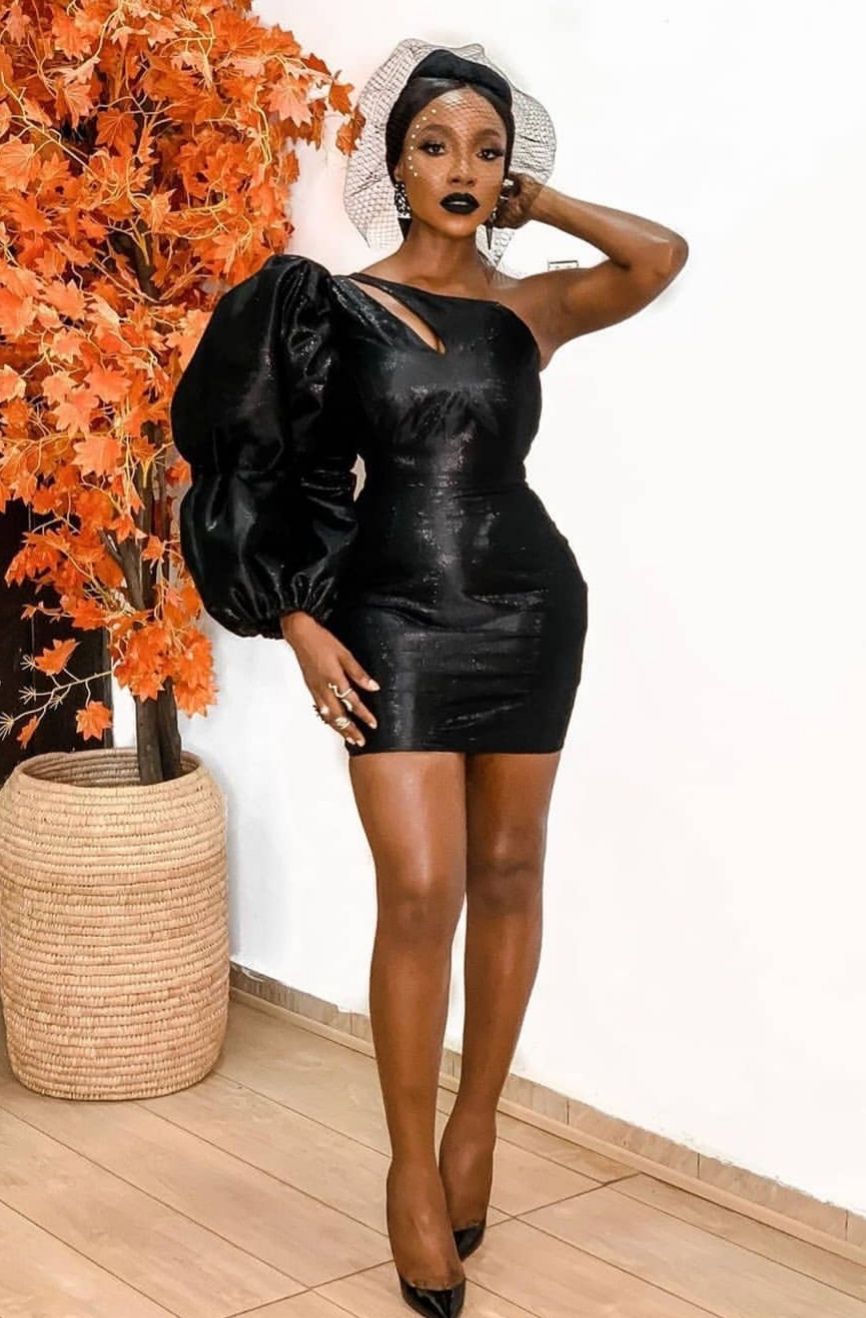 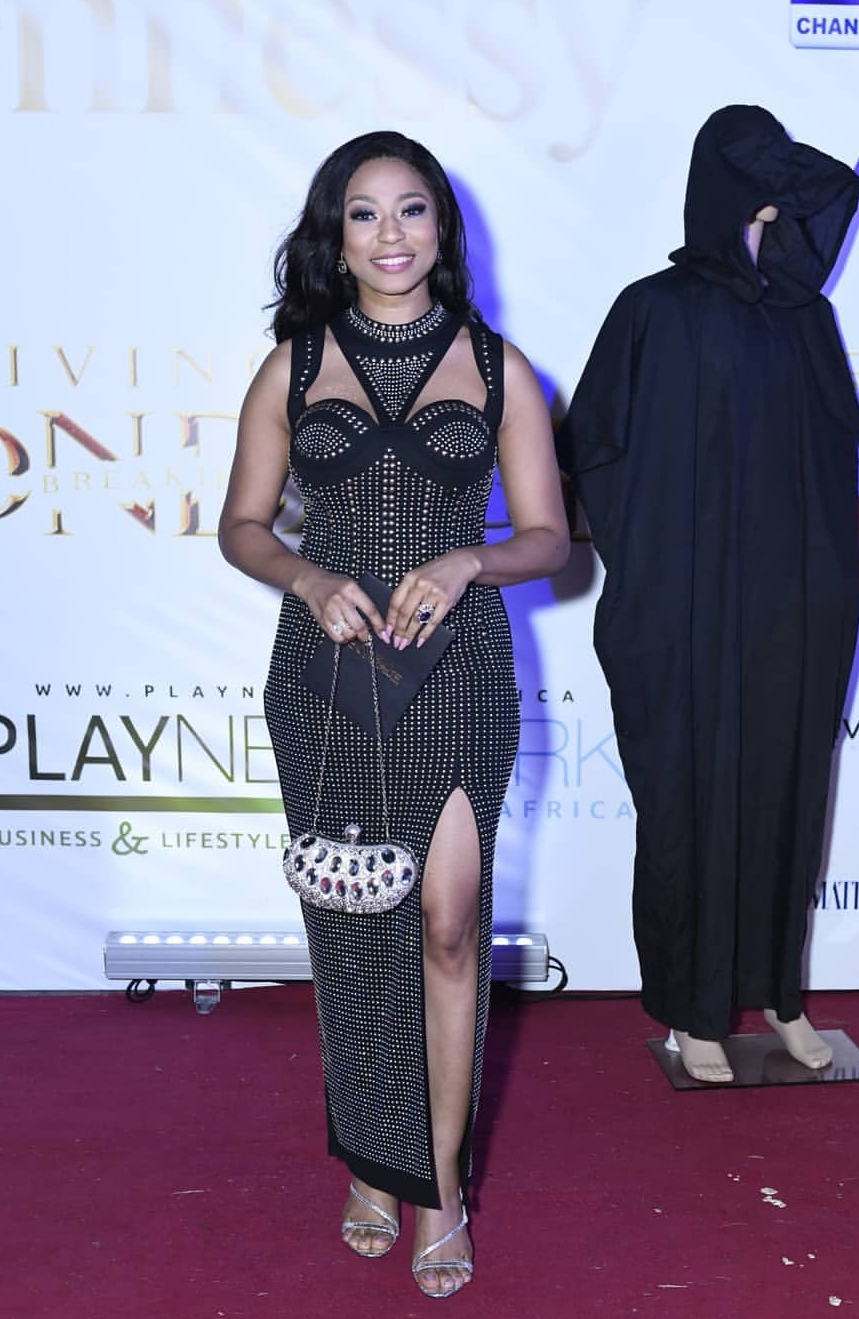 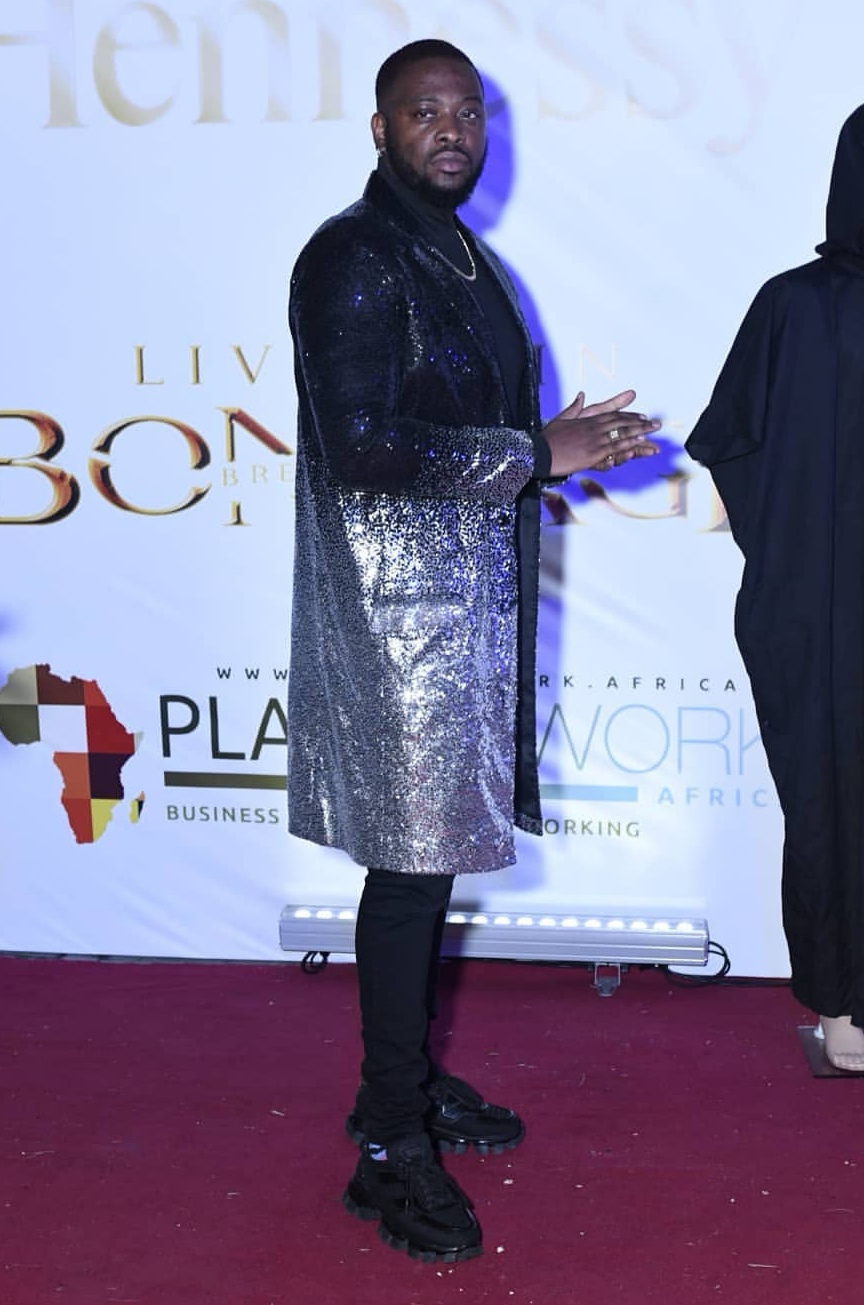 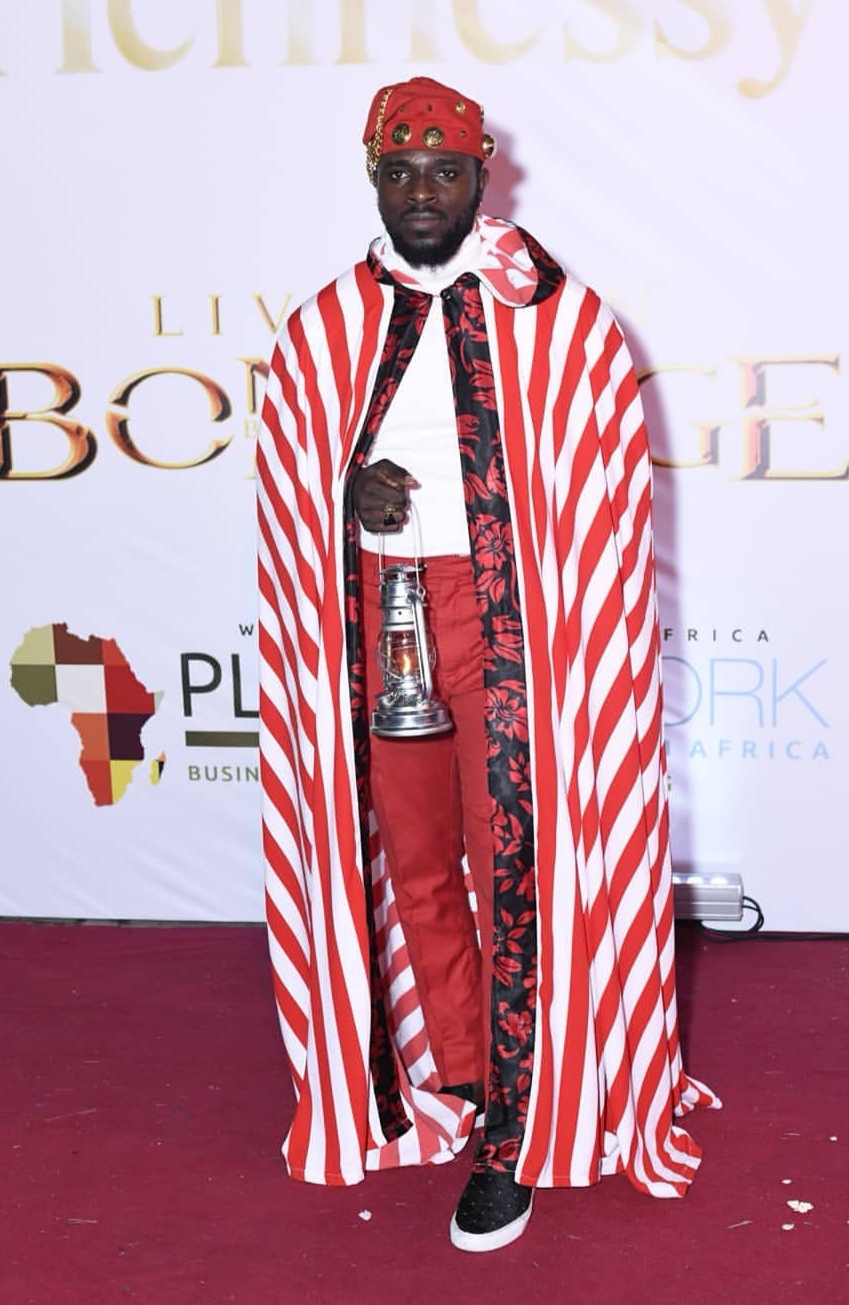 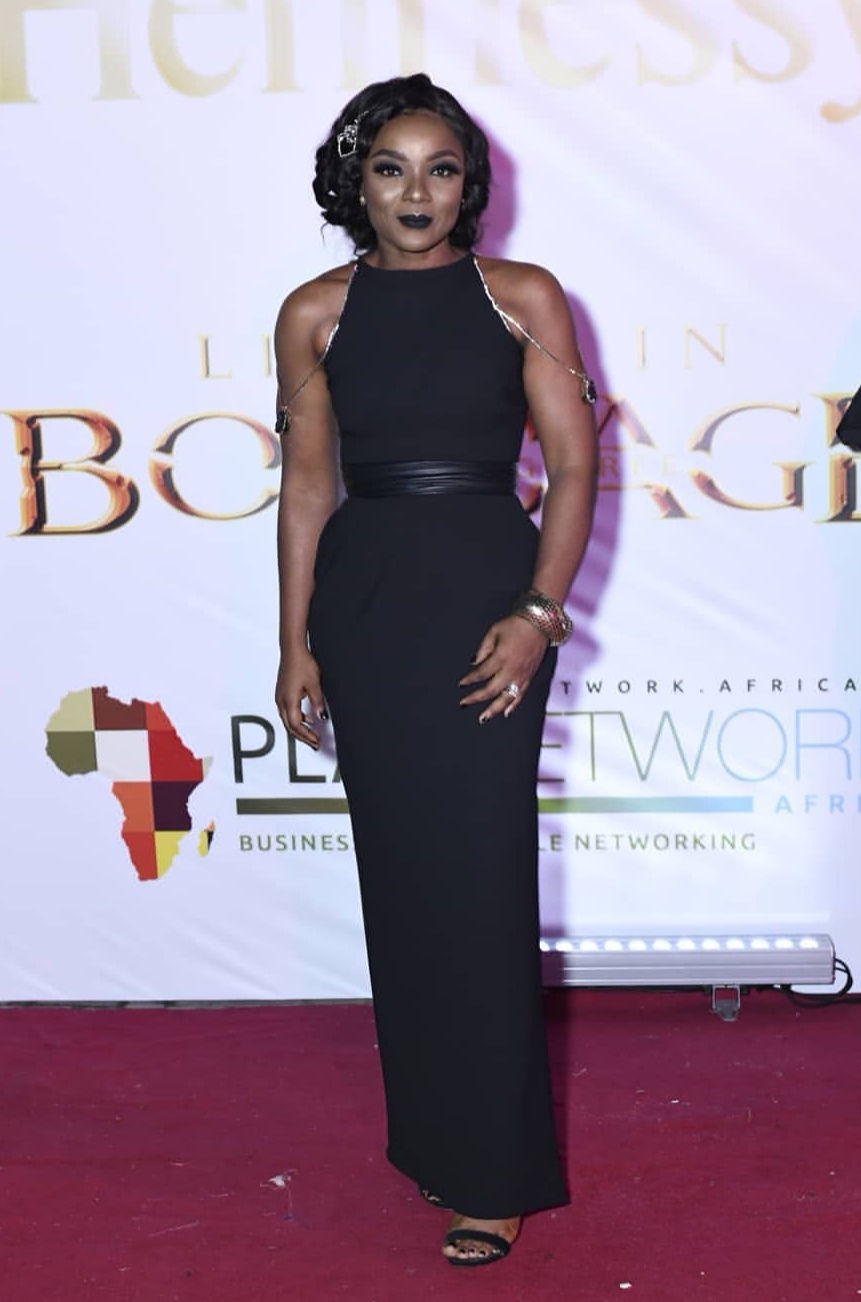 IS MERCY ONE OF NIGERIA’S SEXIEST MOM OR NOT? SEE HER BOLD DRESS SHOWING HER SEXY UNDERWEAR!
THE MOMPHA SAGA CONTINUES AS FOREIGN COLLABORATOR-HAMZA IS NABBED!
Comment