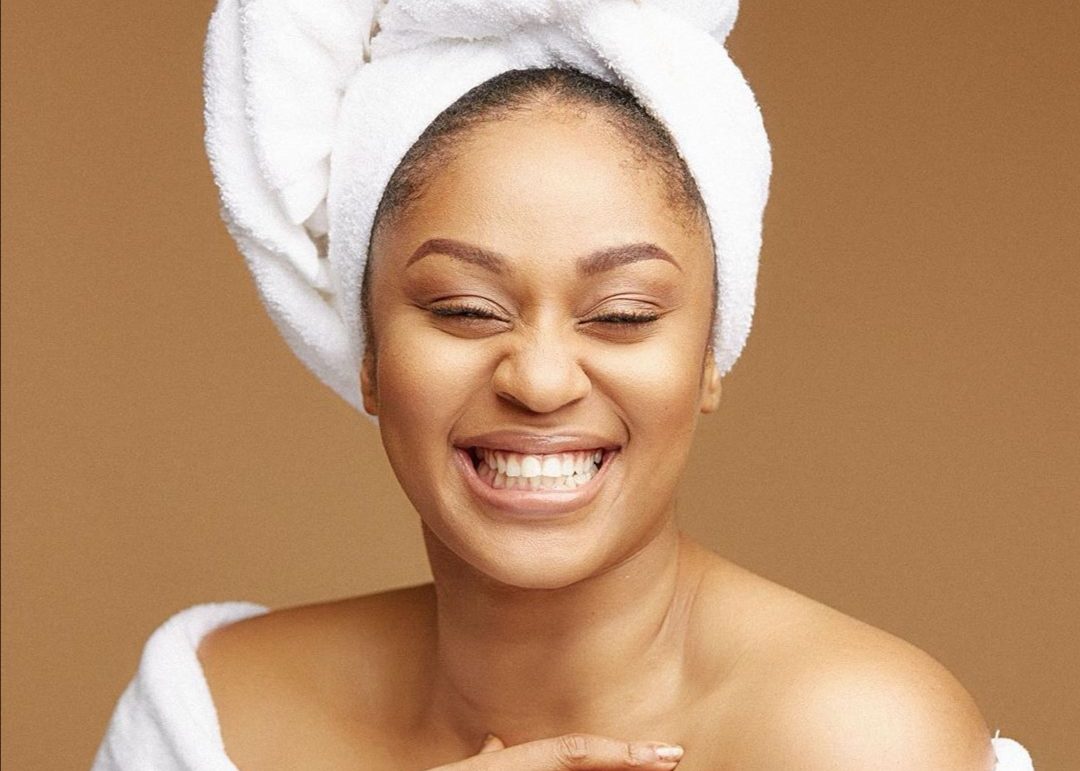 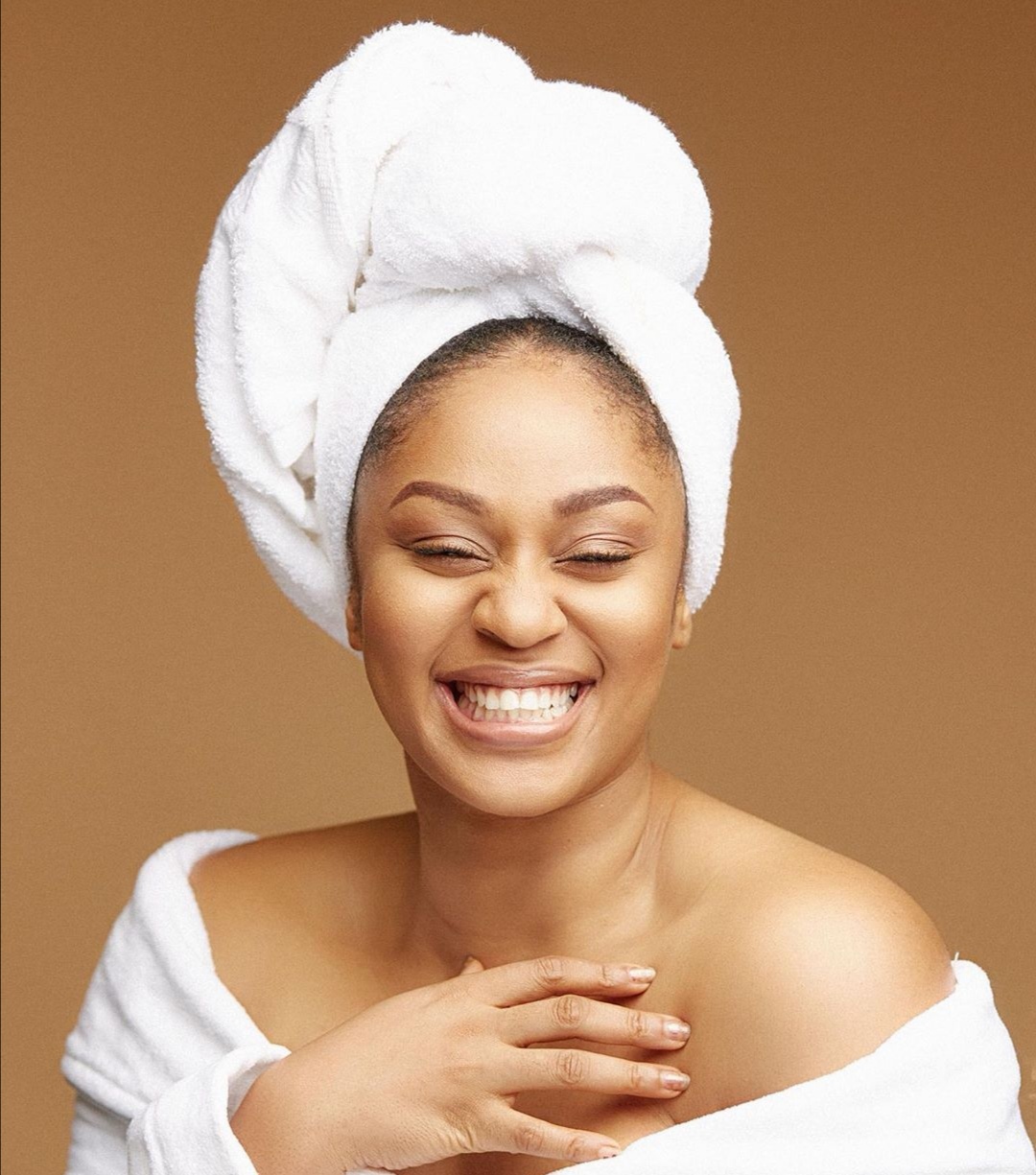 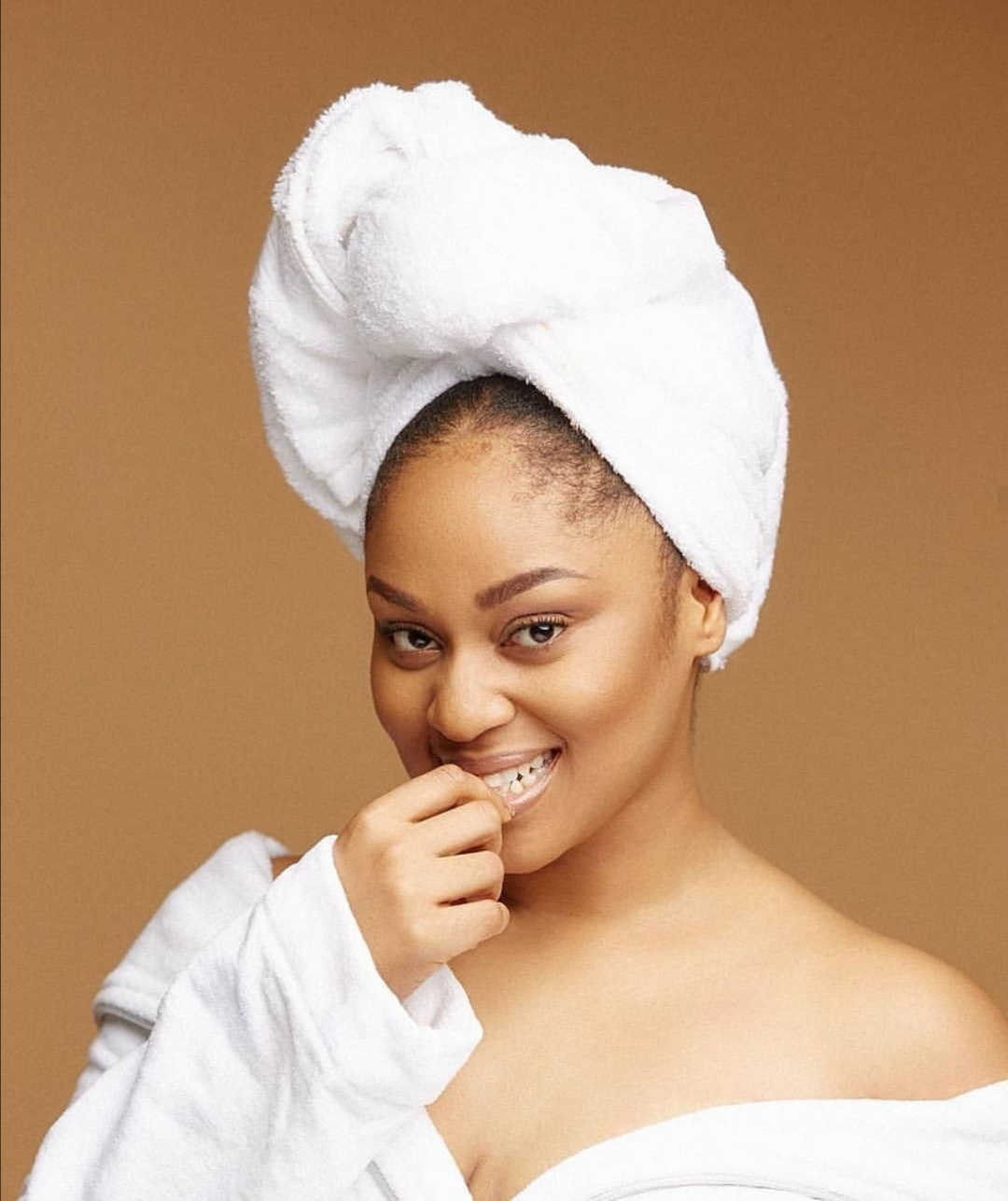 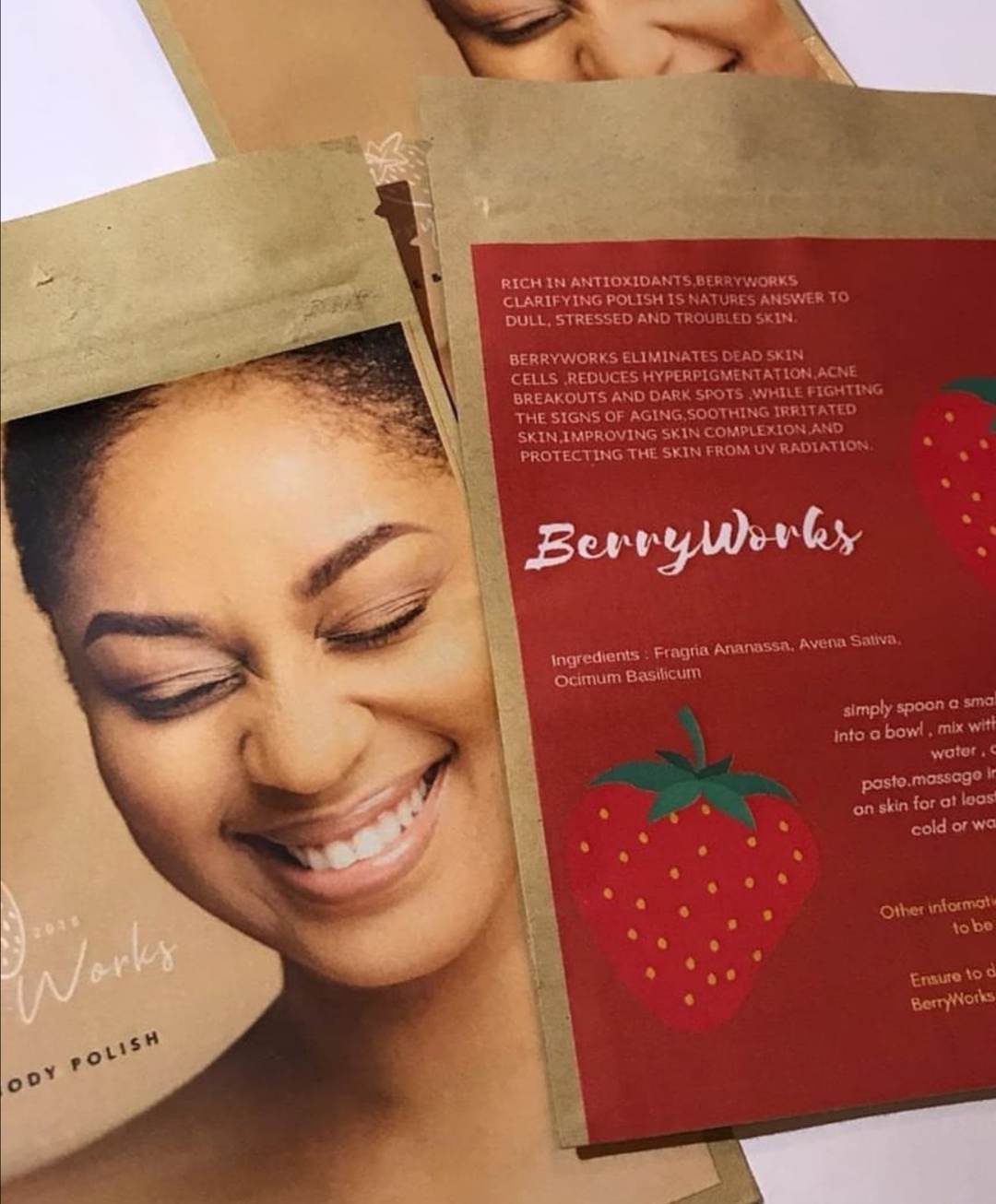 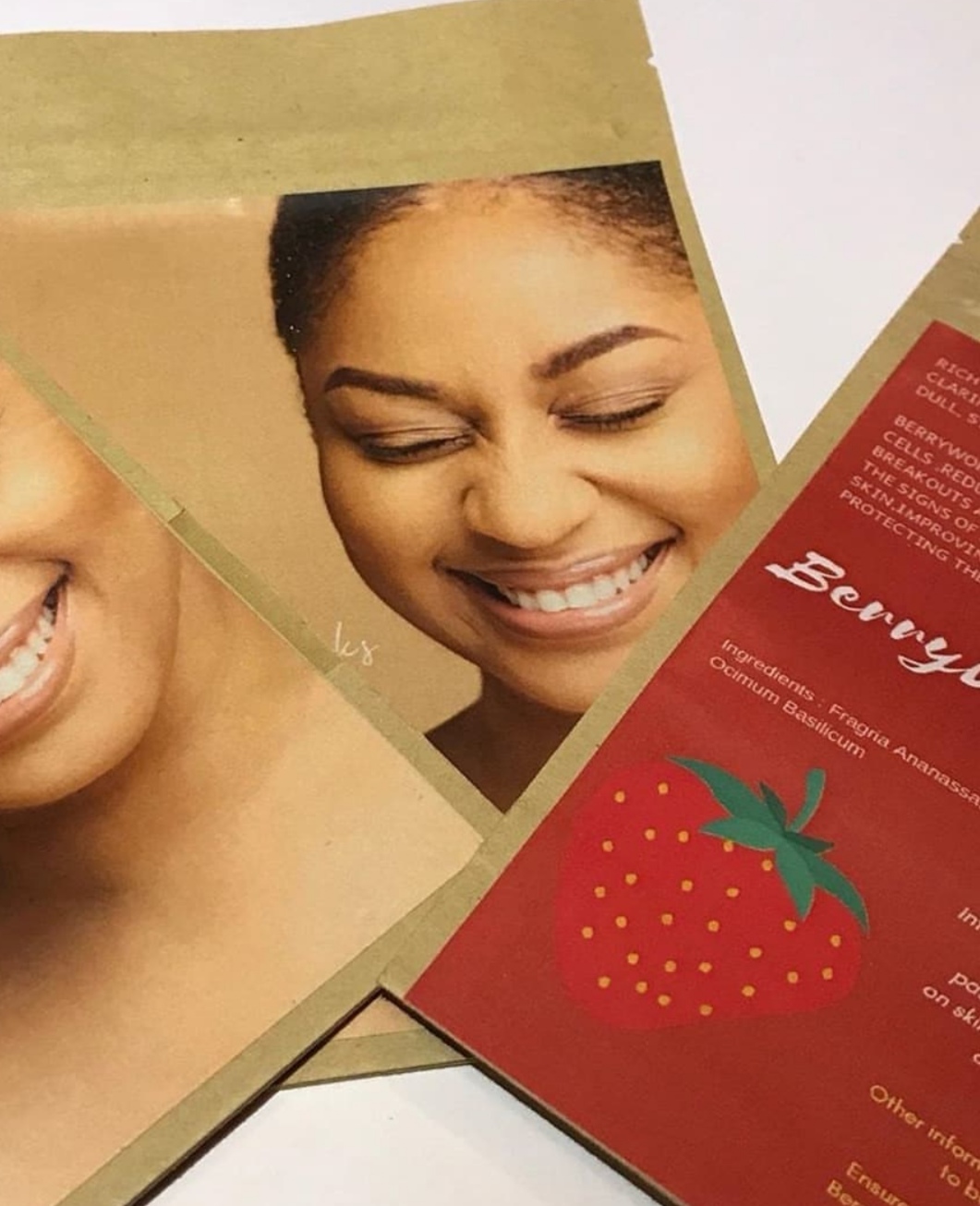 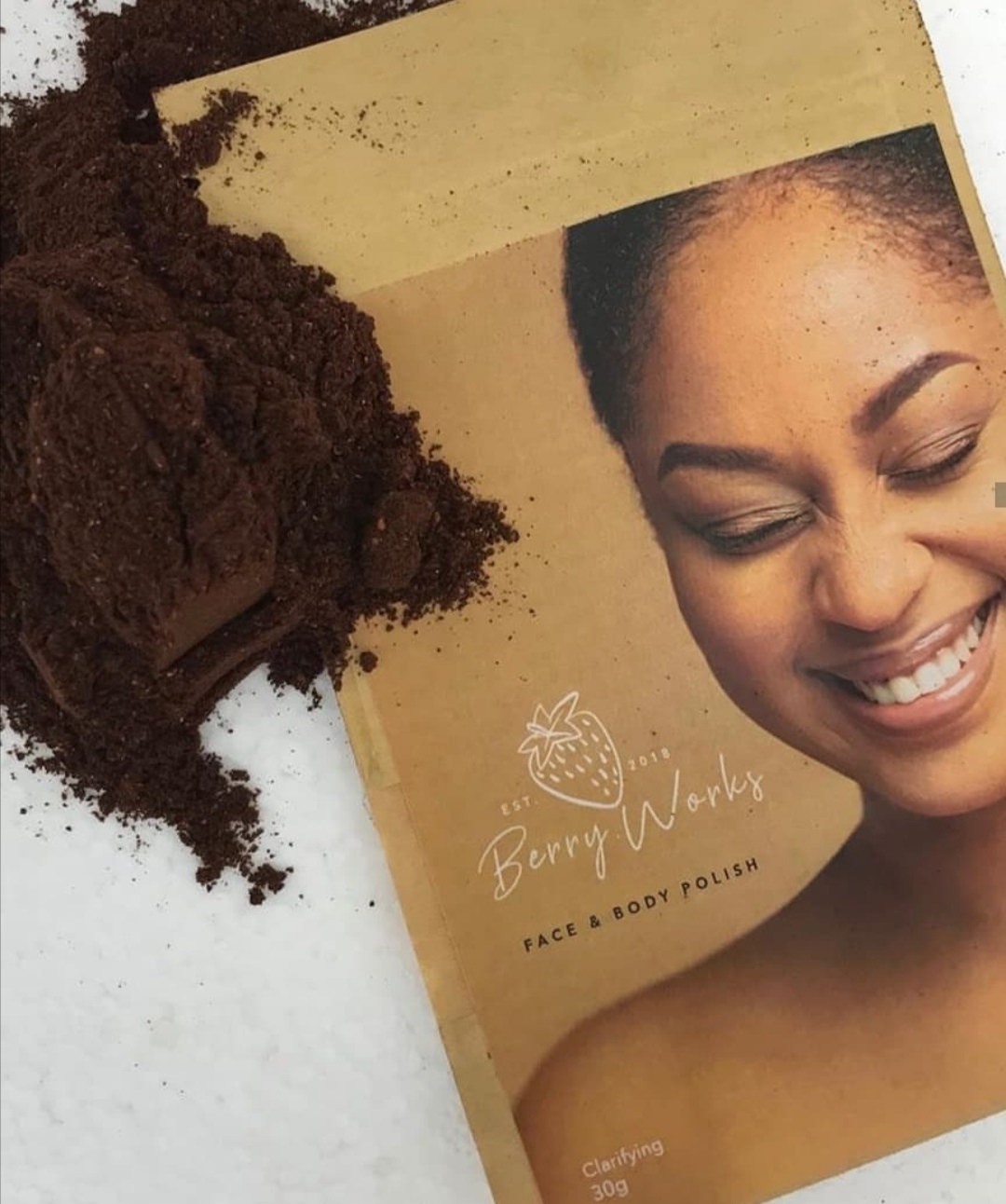 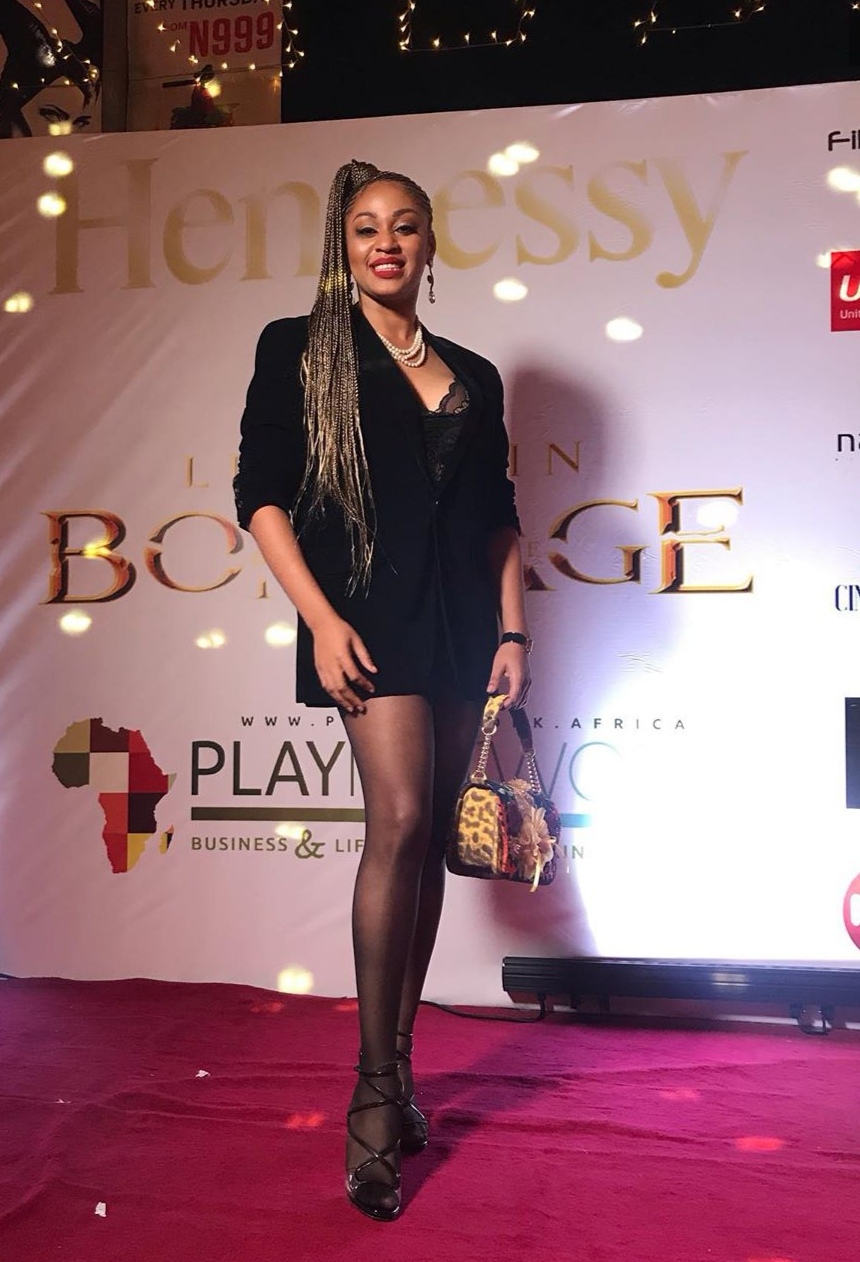 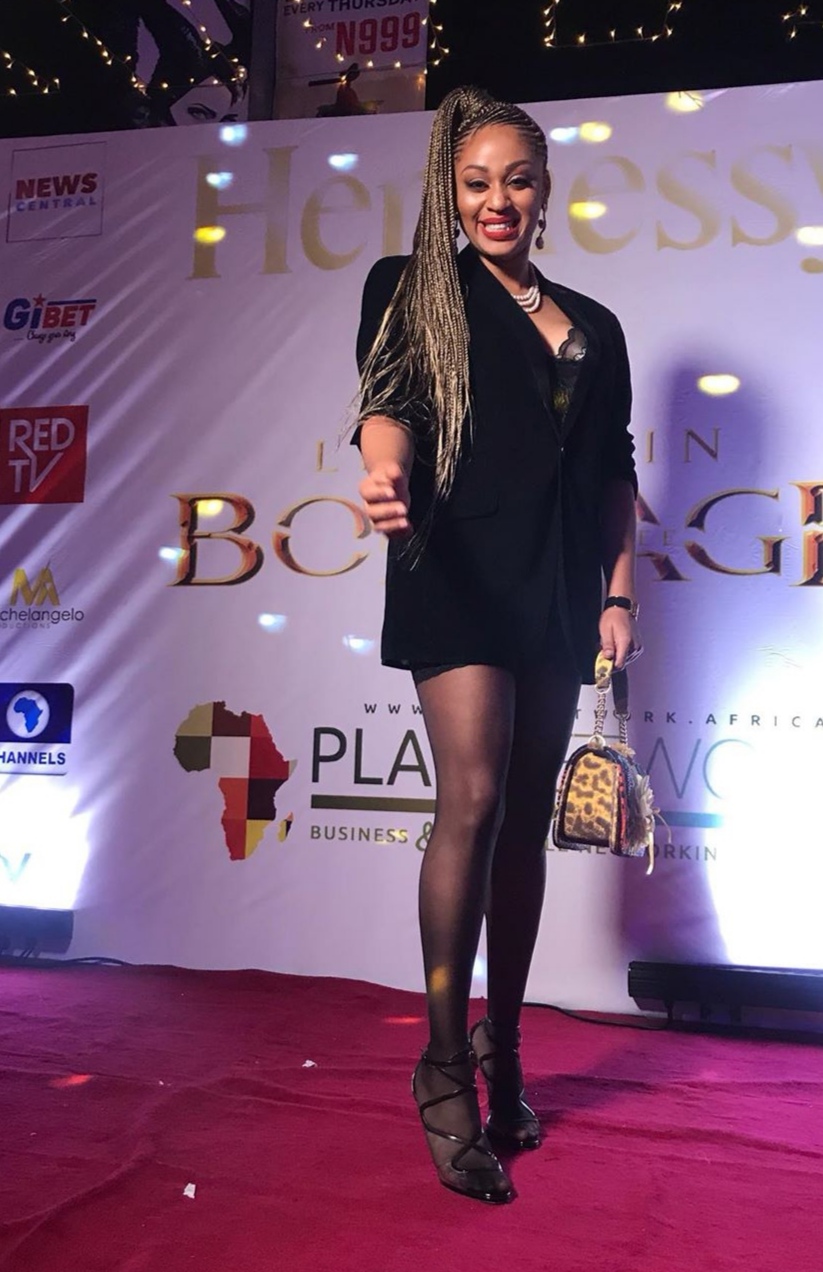 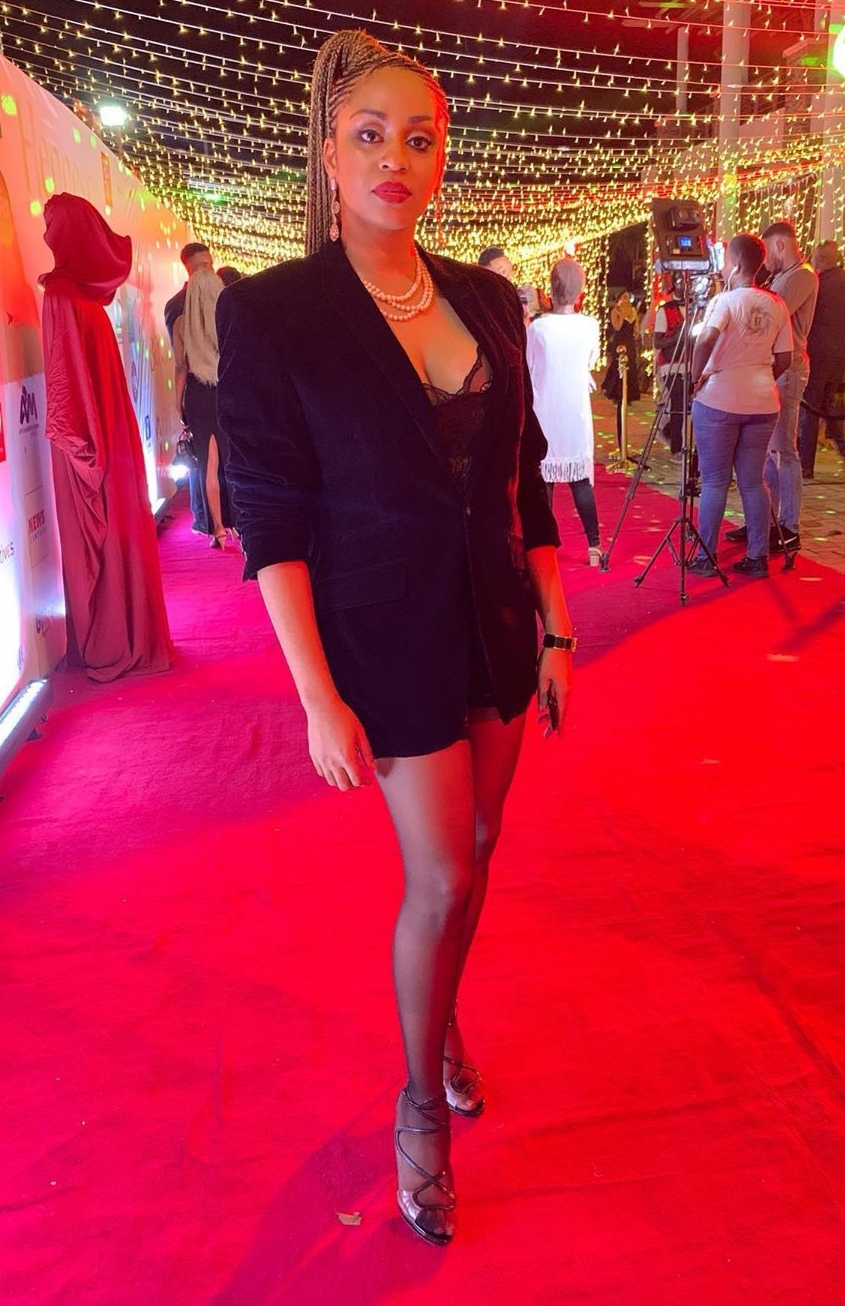 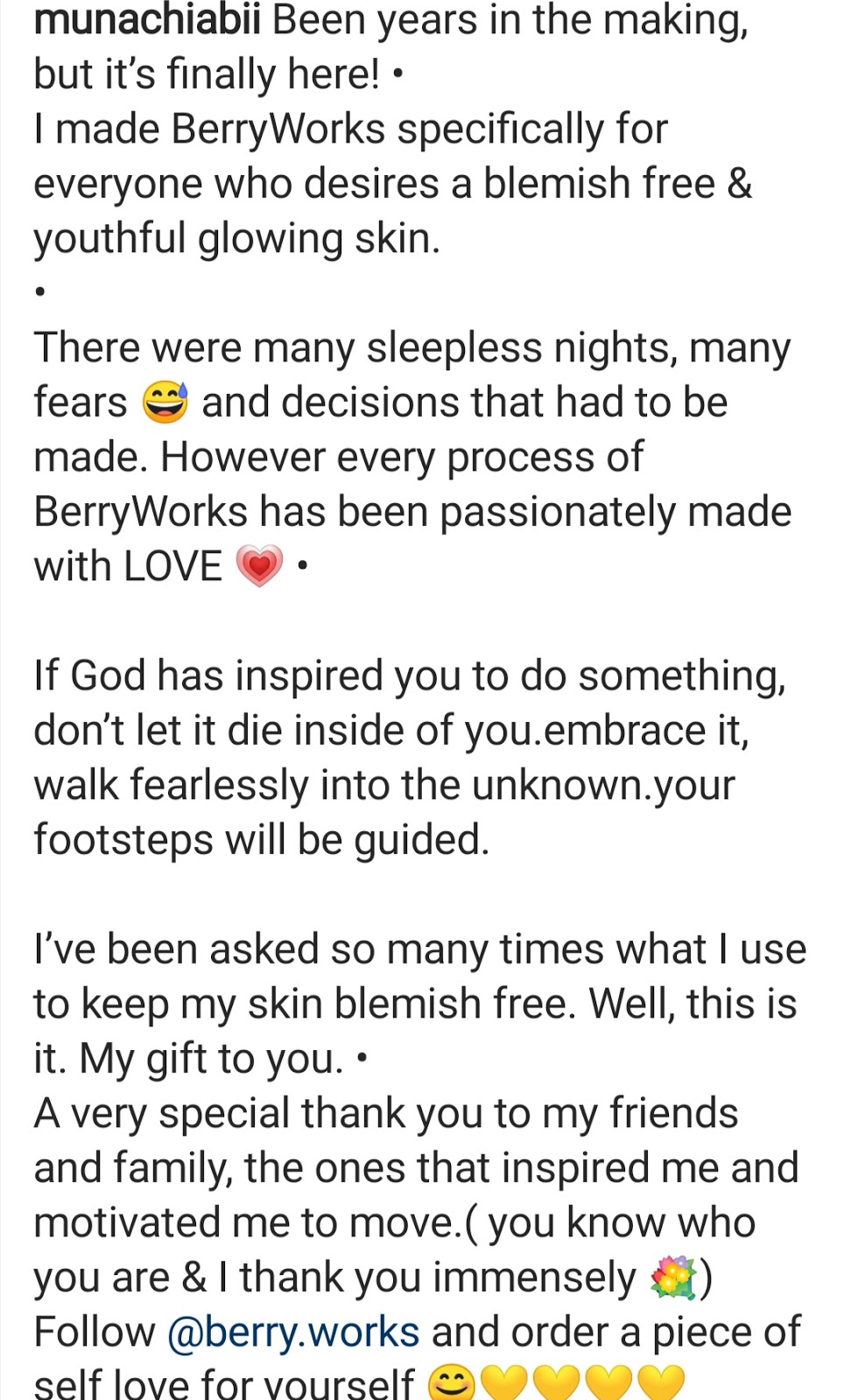 Finally, ex-most beautiful girl in Nigeria 2007, that’s a whole decade plus and more, ‘Munachi Gail Teresa Abii Nwankwo’ has joined the league of Beauty products owner, as she unveiled her own product or better still brand, aptly called ‘BERRY WORKS’ recently, which had been in motion or works, under the radar for quite a bit.

Finally we think, she’s has decided to take advantage of her stunning beauty and beautiful skin or body, to market something a whole lot more in her terrain, which if well packaged and properly branded and marketed could be a soar away success. The now 32 year old stunner, born November 5, 1987, who had tried her hand unsuccessfully in the music/entertainment industry as a rapper, had hinted a few days to her birthday just a few days ago, that something cool and sweet was in the offing from her and she had asked her fans/followers to stay tuned to her page to know what it would be. She later on after the outpourings of felicitations from all and sundry, announced her newest baby, BERRY WORKS to the eagerly awaiting world.

According to the Benson Idahosa University Alumni, who studied for & has a degree in International Relations & Diplomacy, who had finished from the famous Federal Government Girls College, Abuloma, Port-Harcourt, Rivers State, who is also one of ‘Nigeria’s Most Eligible Bacholorettes’, Berry Works had been in the making for a bit. And the idea came about also from people asking her what she used to maintain her skin color and glow. Read more about her reasons in the bromide or screen shot above.

She emphasized on the sleepless nights & hurdles she had to cross to make her labor of love come to fruition. And like she said, “she made the product for those who seek to have blemish-less (blemish free) skin and youthful glow”. We sincerely hope the brand would work and deliver exceptionally too. Muna, which is Munachi’s stage name has a whole lot of people she can help bring salvation to, who have had issues over time with their skin and wouldn’t mind spending, if they would get their monies value.

May this new path, lead to the outpouring of much millions on the beautiful, but humble beauty. At least if renowned ‘Reprudencia Sonkey’ better known as Dencia, who owns ‘Whitenicious’ could do it and is now a multimillionaire skin product goddess (she’s acclaimed to be worth in excess of $30million dollars), who then cannot too?

Munachi has also added the famous tag of actress to her name and resume too. She is one of the stellar cast of the new Nigerian blockbuster movie ‘Living in Bondage, Breaking free, a sequel to an award winning movie of many years back, that is going to take our cinemas by storm this weekend. The exciting sequel is owned by Charles Okpaleke and directed by Ramsey Nouah. Munachi was one of the lead cast and she was the bomb in the movie too, alongside the incredible lead star – Swanky.

Seems like all the elements are aligning all at the same time too.

MILLIONAIRESS HAIR-PRENEUR #MIZWANEKA BRUTALIZED & SEXUALLY ASSAULTED BY THE NIGERIAN POLICE
GTBANK FASHION WEEKEND 2019 BECKONS POWERFULLY. PROMISES TO BE THE BEST SO FAR IN THE SERIES
Comment