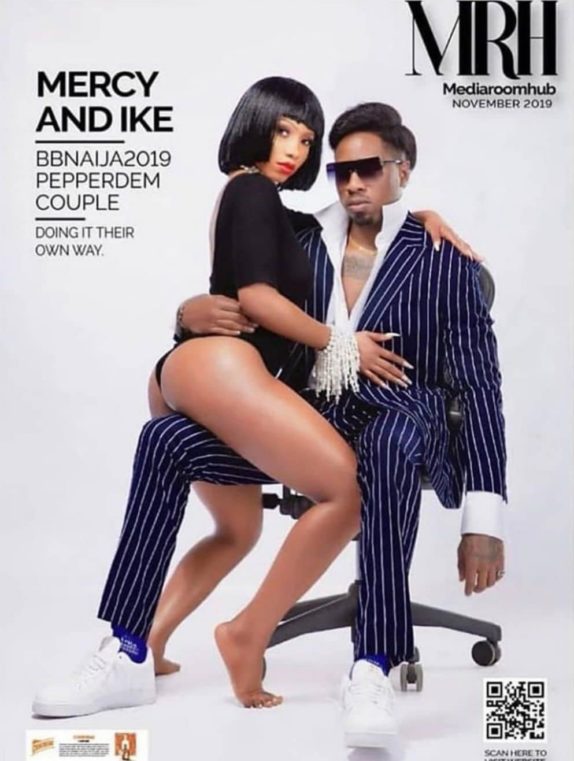 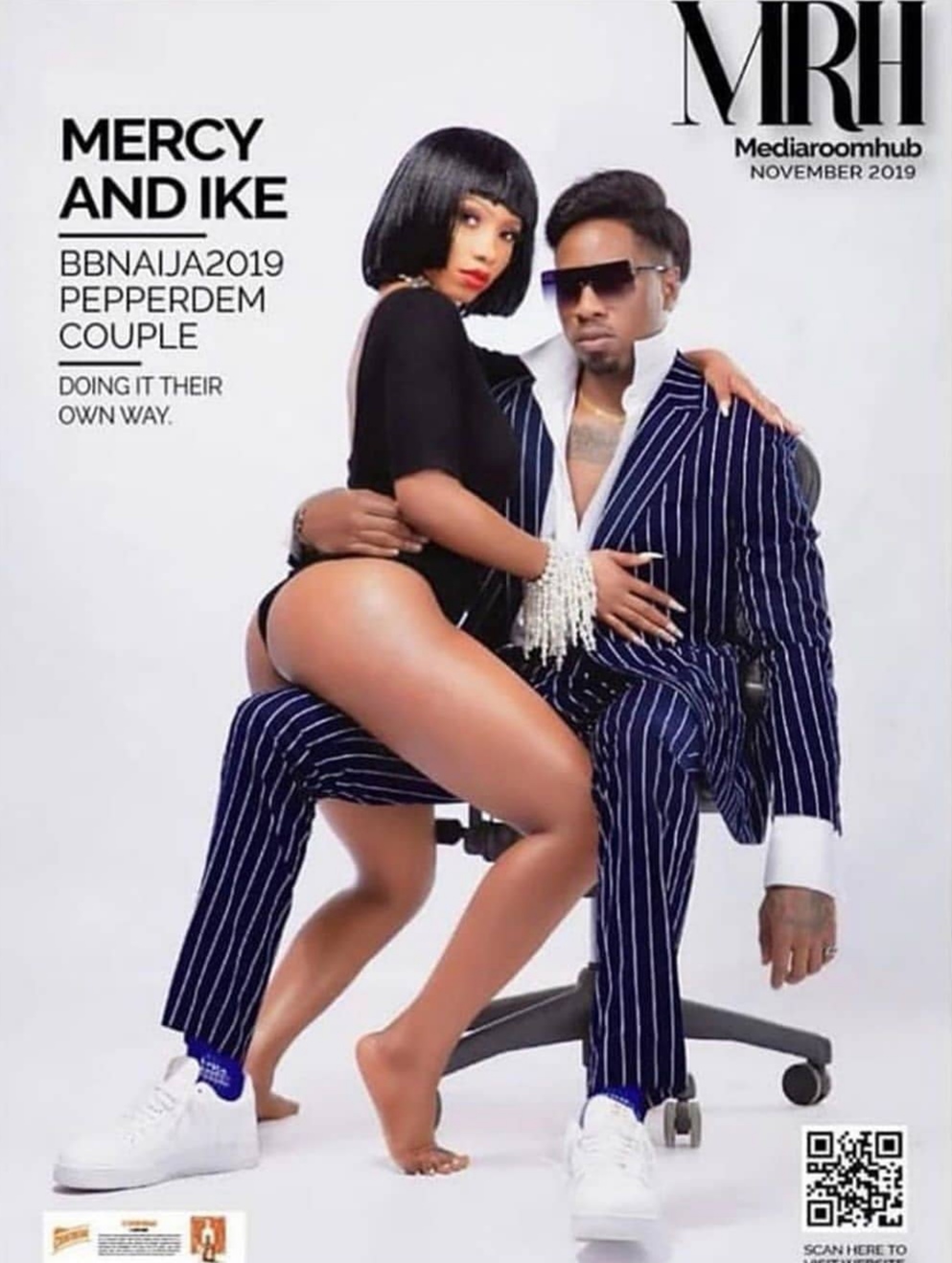 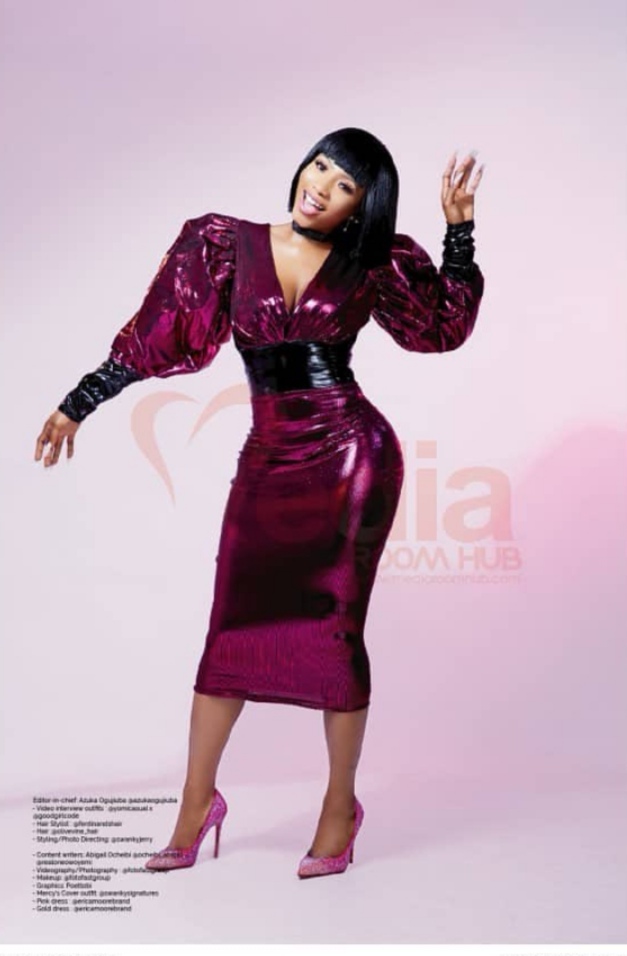 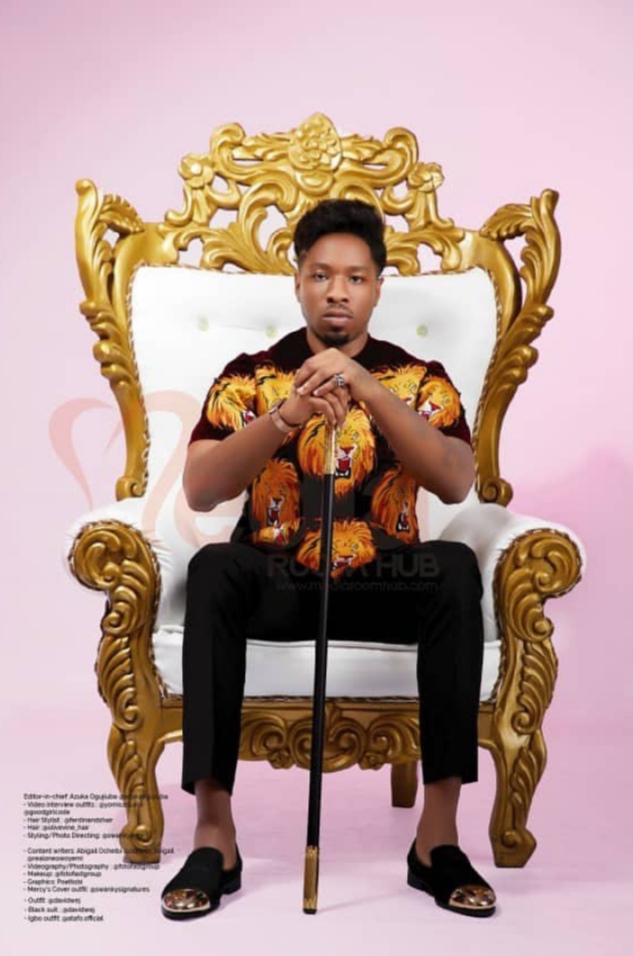 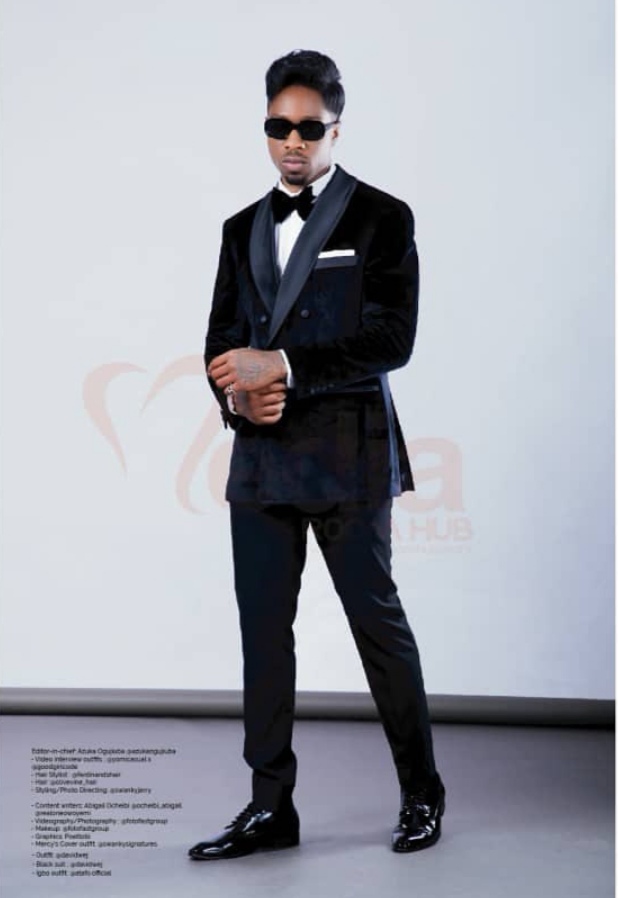 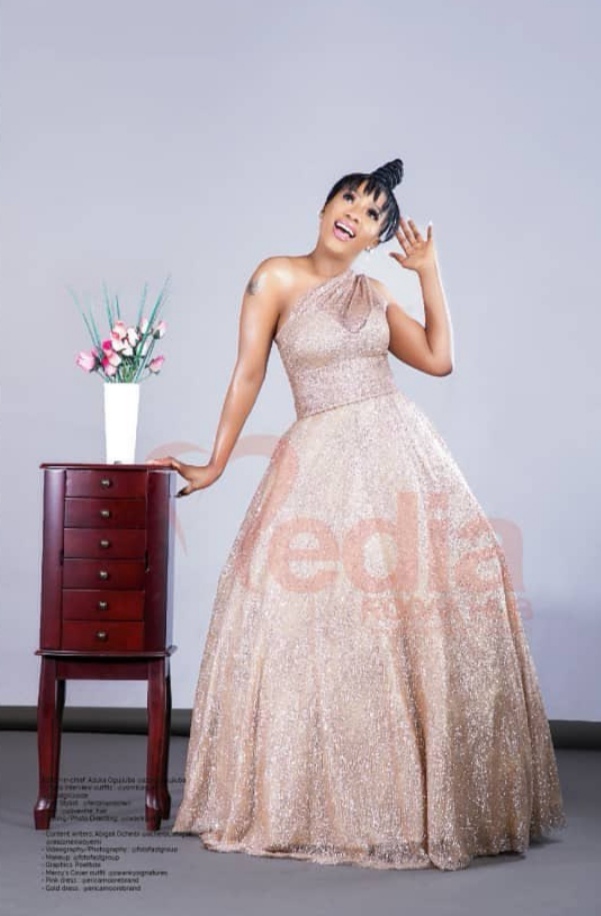 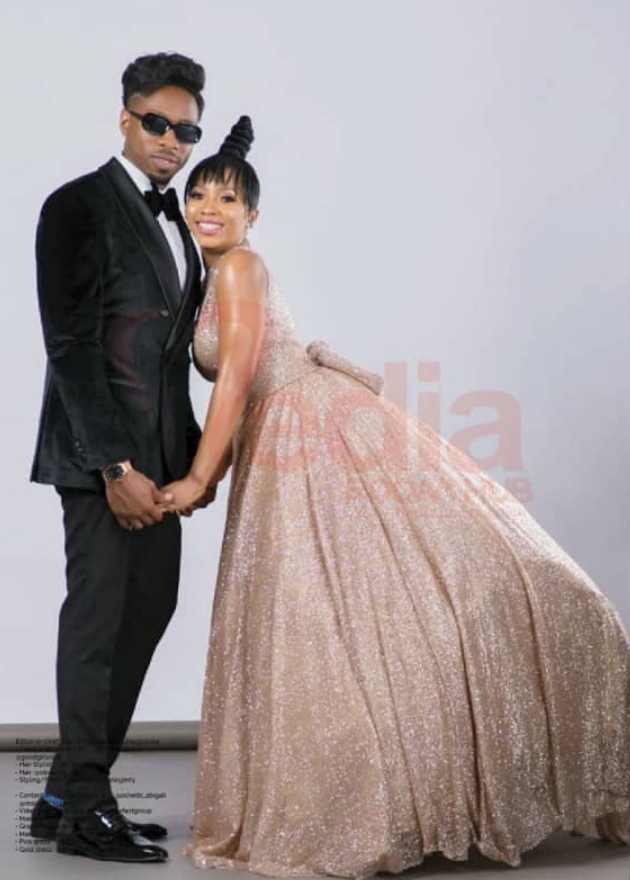 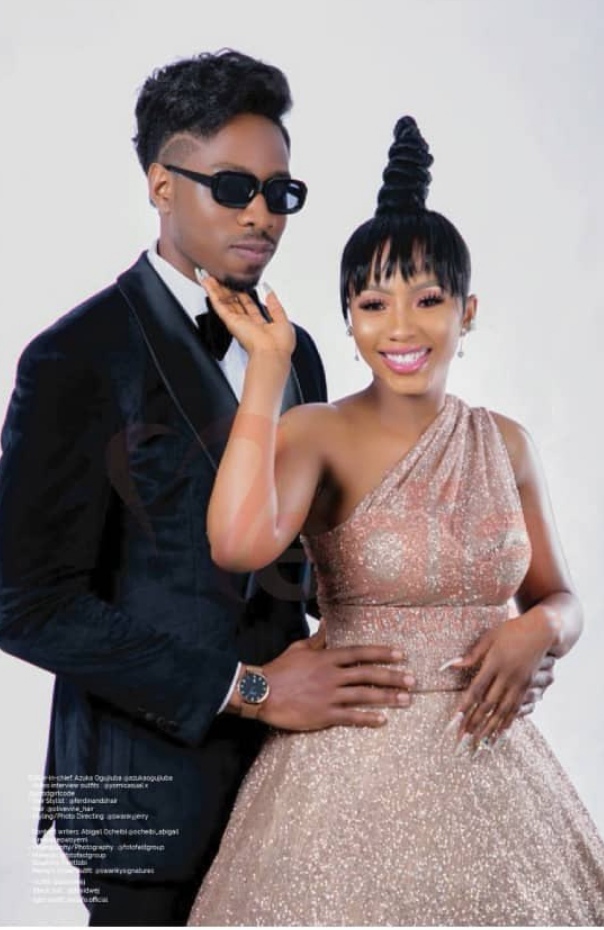 The attention on Mercy Eke the winner of the most recent installment of the Big Brother Nigeria franchise is not getting ready to subside anytime soon. Seems like her handlers are doing a great job at keeping her in the minds of the people. Kudos to them.

So here we see the one that many have tagged ‘Lamborghini Mercy’, who loves to to flaunt her well sculpted backside/bum at any given opportunity, with the drop of a hat, striking the pose of a lifetime, while her love interest Ike is holding his darling with so much Swagger, it’s something else. This is the sizzling hot🔥 fire, smoking hot at that, full Caliente, November 2019 edition of the monthly online lifestyle magazine ‘Media Room Hub’, but more simply known as ‘MRH’ Magazine, which has as the publisher and editor-in-chief, Azuka Ogujuiba, one of the most well traveled Nigerian journalist of all times.

Is it that MRH  are in the know of something that we do not know yet? Are they stylishly passing  some information our way of something imminent? For even with the badass cover showcasing quite strategically one of Mercy’s most beloved asset-bum/backside/ukwu, which some have claimed but not confirmed though, that it must have cost her about 1 million plus Naira to construct, the whole photo-shoot is looking like a pre-wedding package!!! Is something major in the offing?

If that bum was truly constructed as it’s been speculated, then the investment is also actually making great returns already. Far more than was put in and its yielding 600% or more in profit now.

Seems like Ike, Mercy’s love interest from the Big Brother Pepperdem Gang House, is willing and ready to stay here forever as long as Mercy permits oooooo. It’s all in the look, the body language and more. Since both met at the Big Brother Nigeria house, it’s been love galore and they seem inseparable already. And they seem to be rubbing off positively on each other well too. Ike needs a calming effect, just like Mercy needs assurance. So they are both giving each other great vibes it seem.

In this issue of MRH, the duo who we hear are madly in love with each other, revealed so many things that would be of interest to their fans/followers and others too.

It’s a banger of an edition.

In fact, a must have and read.

ACE ACTRESS & PRODUCER CLOCKS 40 & DAZZLES US WITH GORGEOUS PICTURES
IT’S ANOTHER BIG ONE IN THE BAG FOR OMOTOKE MAKINWA.
Comment