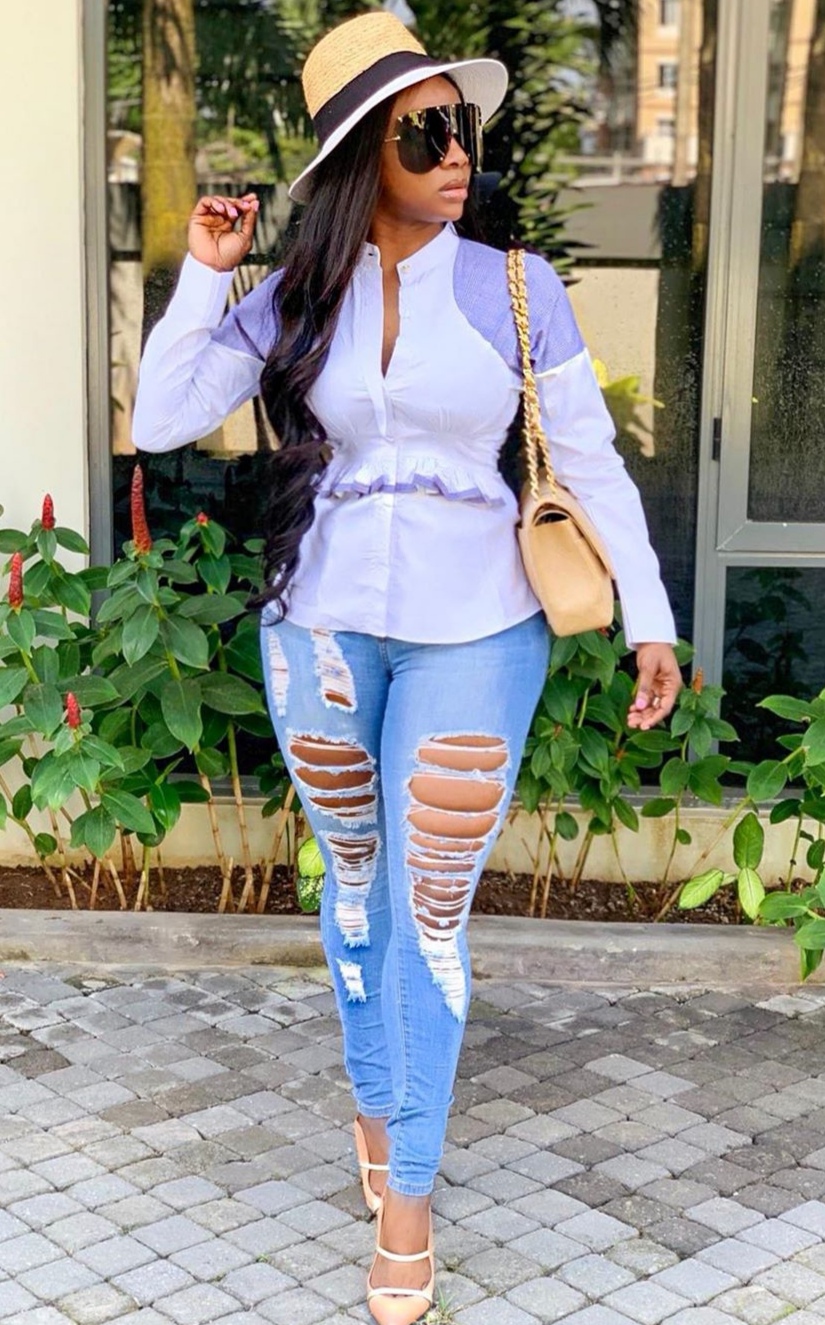 Anyone that claims that there’s no money in the hair business, either luxury or normal had better have a rethink as contrary to what most believe, there seem to be some sort of Naira rain of epic proportion happening in that sector of the lifestyle business. And those who are very involved in the business, who have invested very well in it, are just smiling and smiling to the banks daily. And from what we have garnered, it’s not just #mizwanneka, who is also known as the hair boss, who had razzled-dazzled all comers a few weeks back, when she took delivery of her mind-blowing, N120m Naira valued 2020 matte black & dazzling G-Swag and later went forward to open her new, dazzling place in the Lekki Phase 1 area, which she claims to have bought outright, that is enjoying the largesse from doing good business in the sector. (Someone claims she only has a long lease on the spot and has not yet bought the place outright).

It seems like others too like her, who are also very prominent in the same type of business are not also doing shabbily at all and there are evidences to show that all is super well too on their sides in a massive way too, but they might just be loads more incognito or better still feel better being under the radar than others. Truth though is that it seems like the sky is actually massive enough for all the birds around to fly about unencumbered.

From what we hear, Chioma Ikokwu of Good Hair Ltd, whose other partner is the very stylish Kika, who had earlier this year gotten her own classy condominium in old Ikoyi which we hear is still getting fixed to meet that fully badass upscale standards. That particular purchase had gotten many others in her world salivating as they never expected it. Chioma is said to have already paid for, and she is eagerly awaiting the delivery of her own brand spanking new, ‘senior utility vehicle’ SUV too. From the unconfirmed information at our disposal, it’s like this new machine that’s coming in soon, most likely before the end of the year to be more precise, might actually be a ‘2019 Range Rover Velar’.

The Velar though, is still a awesome package in anyway or manner one wants to look at too. Maybe though, Chioma could change her mind now and order instead a G wagon. As the G Wagon has now come to be the standard by which others are judged in the sector now, that’s for anyone that wants to stand out from all others. So for now Nwanneka is in a different Liga all by herself.

Lest we forget, Good Hair Ltd hair from what we could gather come at between N250000 to N600,000 Naira. But special order could go far above the margin stated here.

For Akunna Nwala Akano though, who is the excellently delectable, totally bodacious, awesomely shaped boss at Kuku’s Hair also based on the island, with the actual location of her office being the Lekki Phase 1 axis. She’s also obviously doing super well too from the looks of it. In actual fact, this married mother of one is rated as selling some of the best hair in the hair sector today. She’s reputed as having mostly the very upscale, very high up there clientele as her preferred customers. She’s actually done super well for herself, having been in the hair business for a decade now, having started in 2009. Just imagine selling a full head of hair from about N130,000 Naira for the cheap and chearful to as much as N1m plus Naira.

Her range of the super exotic hairs which starts from N450,000, is acclaimed by most to be her best seller by far & unmatchable by others in the business. So just imagine if 10 of her high-flying customers would buy a full head of hair at some point, that would come to at least N4.5m Naira alone. And it could go for far higher up than that, as some of this clientele could buy the range that’s above N450,000. We are too sure that you all know that in Nigeria, it’s strictly about outdoing each other on the style stake, so the more expensive one is garbed, the better!

So one can now begin to understand why these hair merchants, are all such definite high flyers. Wearing and carrying the latest garbs from all of the best brands around without a whimper and with undeniable sass and oomph. Akunna’s incredible bag collection from what we have heard, is actually one to die for, as it includes several crocodile skinned Hermes Birkin which goes for not less than $40000 that’s about N14 plus million for just a bag! And she owns more than one of such! And there’s the speculation also that, she even has/own an ostrich Birkin, added to the several normal ones she also owns. The ostrich Hermes could go for as much as $54000 or in fact more, depending. That alone is about N20m for just a bag! 1 bag at that! One ostrich bag and 2 Croco would actually buy & bring in without any stress the highest end, brand spanking, factory minted Velar!

To show how good business has been for Akunna, she only just a few weeks back, took delivery of not less than 3 not cheap at all cars, made up of a Range Rover, a Toyota SUV and a Toyota Hilux. All of these cars in one fell swoop and which would have cost her, not less than several tens of millions in Naira.

So if any one now claims for any reason that the hair business in Nigeria is not a virtual goldmine, then they do not know nothing then.