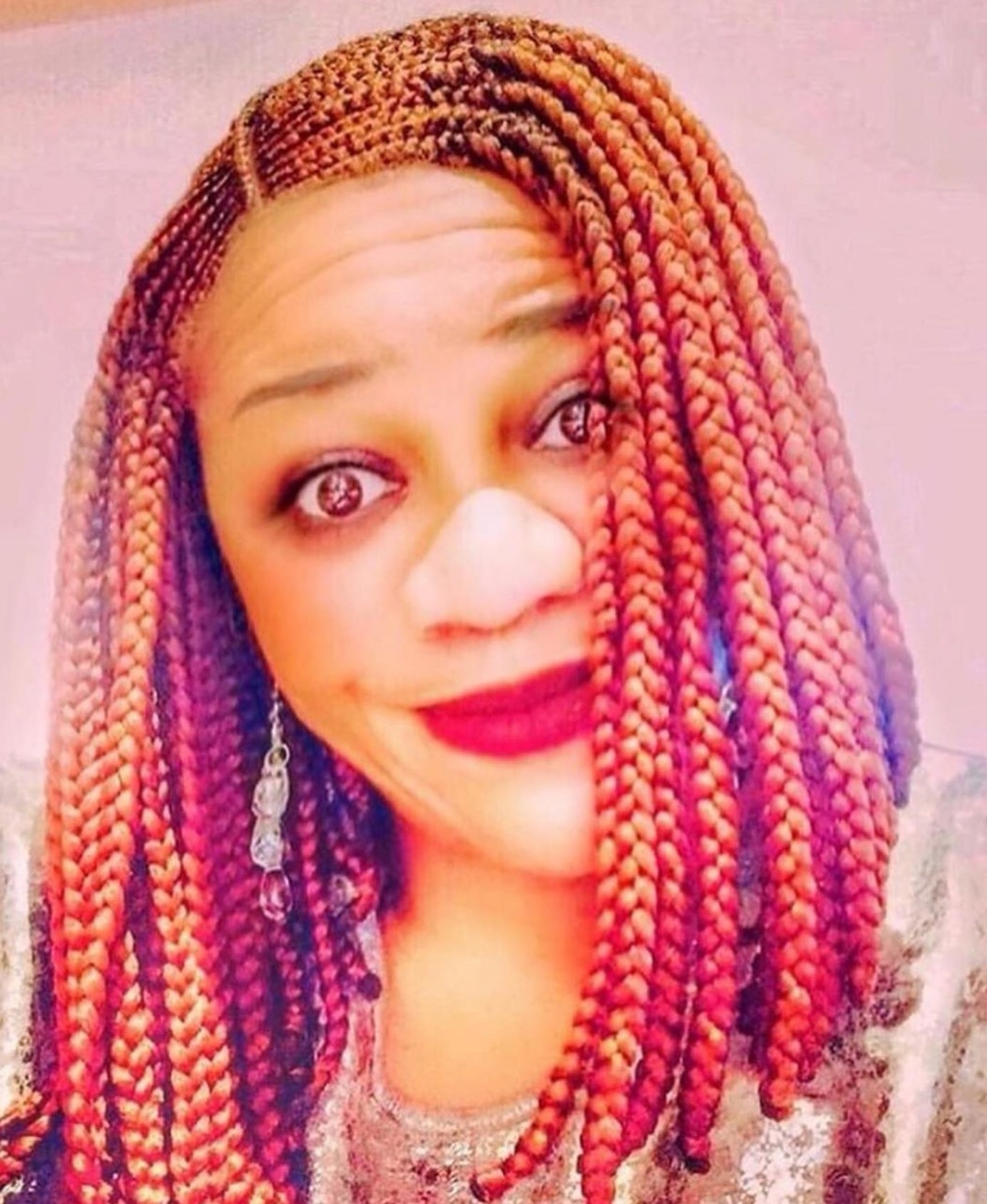 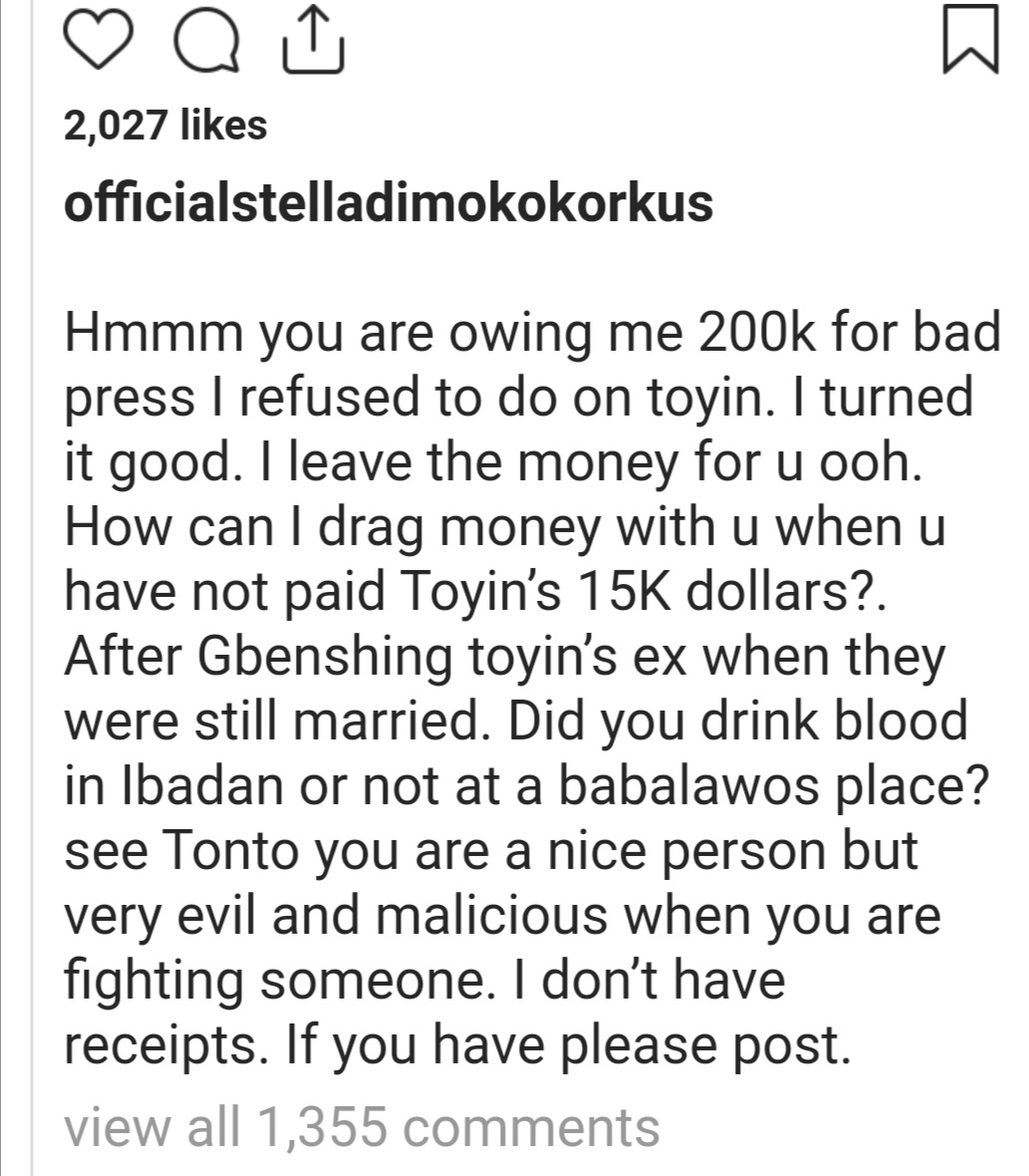 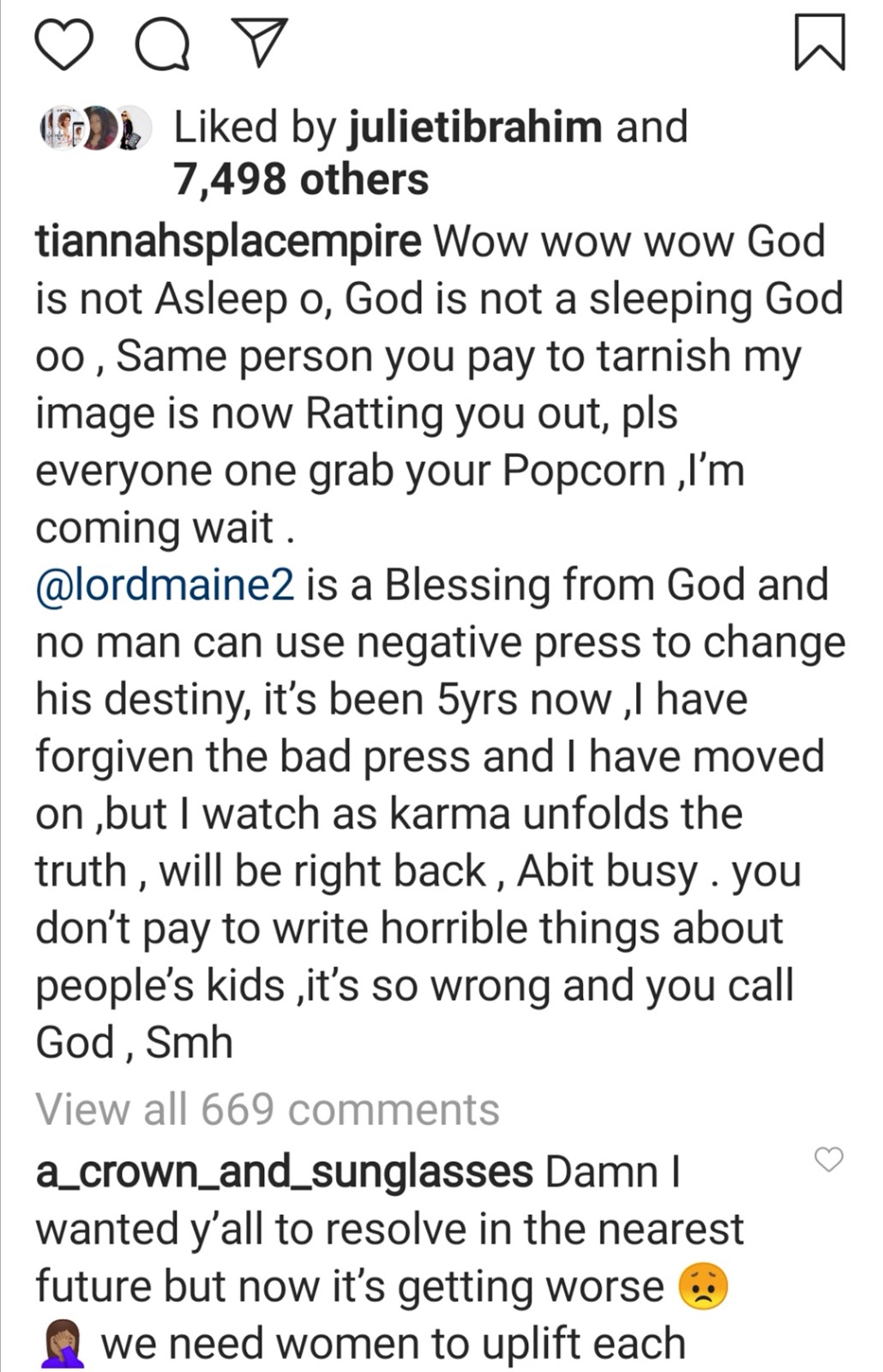 Wow wow wow seems like war has been declared and in it too nothing is sacred. All that was conspired or baked in secret may soon become public knowledge and the gathering spectators woul
d sure be intrigued by it all. From all indications, it promises to be a battle royale of the most awesome kind, this is so knowing the pedigree of the combatants.

In the red corner, wearing red shorts amd arrayed in gold, is none other than online publisher extraordinaire and the effant terrible of celebrities and stars, in the person of Stella Dimoko-Korkus, who owns the media platform that bears her name and facing her with extraordinary agility and grace is none other than celebrity pugilist extraordinaire of mean repute, who has had many great battles under her wings, in the person of the inimitable Tonto Dikeh. And with the first salvo of round house punch, fired by Stella, who delivered what can only be described as a TKO (one blow die), the battle line has been drawn dramatically. And it would be a vicious cat fight, with all fangs and claws on display.

And just like the funny street sayings goes, ‘Na person wey get liver pass, na him go last’. This could either end as a one round TKO or it could become a long drawn, marathon battle of awesome dimension. The question though now is, how would Tonto, who is never known to back down from a fight, battle or war, would react is not yet known. But spectators in high numbers are gathering already and are already choosing and wearing corner colours already. One major celebrity laughing her bum off already at the unfolding shenanigan, is none other than serial entrepreneur and award winning celebrity, Toyin Lawani of the Tiannah Empire fame.

Let’s try to give a very brief background to this whole imbroglio that is still unfolding rather dramatically. Back a few years ago, Toyin and Tonto, were good friends, in fact bosom friends. They were so close that they knew plenty about each other. But not too soon after, one thing led to another and they had a mighty, earth-shaking fallout. The fall out was so bad that it became public knowledge and there were accusations and counter accusations, bricks were thrown to and fro and everyone went their ways vowing never to sheath their swords and to remain enemies. In it all, friends fans & foes took sides. Like it is said, all is fair & game in war, as all weapons can be employed, including intercontinental ballistic missiles. So it seems from Stella’s revelations now that Tonto might have taken the fight, far further than maybe necessary to maybe discredit and shame Toyin somewhat as per her son. And maybe to have an upper hand she employed and tried to induce Stella who is one of the most popular online publishers in the celebrity gist cum lifestyle genre to take sides with her.

Now it seems like erstwhile friends and collaborators (Stella & Tonto) have fallen out and totally apart now too and a Pandora’s box of shameful things has been cracked open a bit and the worms & maggots and flies are coming out gradually now. Seem like Tonto had tried to embarrass Toyin about something to do with her delightsome and precocious son-lordmaine2. It didn’t end there, as Stella also went on to accuse Tonto further of having gone to do like a blood oath or ritual in Ibadan 👀😳. Then she went further to insinuate that Tonto is a chronic debtor, owing her N200000 & then also owing Toyin Lawani $15000. And still not ending it like that, she accuses Tonto of having slept with Toyin’s ex. Mennnnnn…..All these exposes, blood! Sex! Debt!…… etc are EPIC! (with full local igbotic accent).

Seems like Living in Bondage part 3-Breaking the calabash…. is on its way out soon ooooo.

Hmmm you are owing me 200k for bad press I refused to do on toyin. I turned it good. I leave the money for u ooh. How can I drag money with u when u have not paid Toyin’s 15K dollars?”
After Gbenshing Toyin’s ex when they were still married. Did you drink blood in Ibadan or not at a babalawos place? See Tonto you are a nice person but very evil and malicious when you are fighting someone. I don’t have receipts. If you have please post.”

Toyin Lawani, who is chief spectator in the arena as her name was called out and maybe Adekunle Churchill Tonto’s estranged husband, may be  laughing their hearts out now. In fact, Toyin as since responded to Stella’s first salvo thus-

“Wow wow wow God is not Asleep o, God is not a sleeping God oo , Same person you pay to tarnish my image is now Ratting you out, pls everyone one grab your Popcorn ,I’m coming wait.”


“@lordmaine2 is a Blessing from God and no man can use negative press to change his destiny, it’s been 5yrs now ,I have forgiven the bad press and I have moved on ,but I watch as karma unfolds the truth , will be right back , Abit busy . you don’t pay to write horrible things about people’s kids ,it’s so wrong and you call God, Smh.”