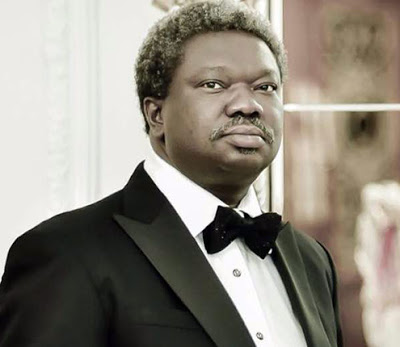 Baba Ijebu, the stinkingly wealthy Nigerian lottery Czar, that’s talking about Sir/Chief Kensington Adebutu opened the way for all others to see and follow, as he showed to all and sundry, the kind of money and wealth that’s available in the lottery or gaming business. Baba is reputed to be a billionaire many times over. Some have even rated his wealth to be in the range between $100m to $450m dollars and it could be more or far less. Fact though is, all his male kids (sons) are multi-millionaires in their own rights.

In a clime such as ours, where the harsh reality is such that, the division or better put, the divide or separation between the haves and have-nots, the poor and the rich, is a major gulf that’s nearly impossible to bridge. We can then say categorically that the poor, the suffering ones, those living below and slightly above the poverty line, are as much as 90 plus percent.

So one of the ways some ingenious ones, have come up with the ideas to bridge such a gap, is by creating a platform for hope and one of such platforms is via lottery/betting. Those who play lottery or are regular players or better still die-hards, are of the sense that, luck would soon smile on them one day & if they continue to try and if lady luck does do smile on them, they can one day just jump the divide from not having at all or just barely surviving or managing to have, to being well sorted out for life with careful planning. So the more they play, the more they believe their chances of winning grows too, so they are permanently hoping. So from the pool of several players who can run into hundreds or thousands or even tens of thousands, who are already hooked on hope like being hooked on drugs, a little drop from such an ocean, is what is then paid back to a tiny percentage of the same pool that created the ocean. This is done to continually feed their hopes and keep them glued in the cycle. Some would even call it a vicious cycle.

In the last few years, those who have created the lottery/betting platforms have increased exponentially and dramatically too and they have become very big too by virtue of the fact that those who play too have increased dramatically. What feeds this pool is never decreasing. You cannot but make money from it, especially if the thing is well packaged and well manned, it’s a virtual goldmine, that’s the tree that is would perpetually sprout money.

We can tell you about a young married dude, in his early 50s, who owns one such platforms, in fact a quite popular one at that too, who is literally swimming in unbelievable money too. So filthy rich is this dude, that is brand sponsored a show not too long ago to the tune of about a billion Naira. This dude has so much loose cash, that he is even said to have gone ahead and bought a 1st division Portuguese football club all by himself too a few years back! The dude we are talking about is set to launch an airline brand, that would send shivers down the spine of most and cause panic amongst the hierarchy of the wealthy.

As we speak, the man by the initials KS, who we would unveil on his own in another story, would soon unveil VJ airline either before 2019 ends or early 2020, he is said to have bought 7 (seven) brand new jets already, so the business is in fact very ready to launch powerfully.

One very big personality who has since joined the bandwagon of owners of a lottery/betting company unbeknownst to most, is none other than the already stupendously wealthy, car collector extraordinaire and property czar of incredible proportion, in the person of Sir Olu Okeowo, the Knight of John Wesley Church. This incredible man of immense means, in fact a colossus by all standards, who is undoubtedly one of the top 3, highest collector of Rolls Royce cars probably in Africa, has since opened his own betting/lottery brand said to be known as G-bets. Those who know about the lottery brand, actually claims that, it is one of the fastest growing lottery/betting brands in the country, since it began operations about a year ago.

Now just imagine that Sir Olu Okeowo, who owns the most humongous & in fact mind-boggling edifice- all of 16 rooms wonder palatial mansion, that sits atop a landmass said to be valued at about a billion or in fact more, inside the exclusive Parkview area of Ikoyi, Lagos and who also owns several blocks of other multi-million Naira valued properties, all rated to be worth several billions. For those who know what it means to have a home in Parkview or Banana Island, they would then understand far better, the value estimation.

It is in fact reputed that the mouth-opening Palacios de Okeowo that took him just 11 months to construct from scratch to finish, was built for between 2 to 4 billion Naira only. The edifice houses all the amenities that separates the ordinary from the extraordinary. A private chapel, a private club/lounge, a massive sized swimming pool, a lawn tennis court, a massive air-conditioned garage and what have you. Let’s not describe the vulgar display of wealth that the interior shouts at those who would encounter. It is actually flamboyance at the zenith of it.

It is this same one person who also owns cars, whose collective estimated value cannot be less than N2billion Naira; Just imagine someone owning at least 6 topmost of the range Rolls Royces, cheapest of ehichbis most likely between $150,000 to $2500,00. 3 Bentley sedans, one of which is a limited edition one, having only 50 of them made in the whole world, that’s the ‘Bentley Mulsanne Extended Body Limited Edition Sedan’, which we have since christened as ‘Bentley Okeowo’. Then there are the other cars like his one in town Range Rover, the exquisite topmost of the range G Wagon-moat likely a G65, then there’s his special Escalade and even more!

It is this same billionaire, whose wealth some have estimated to be in the region of at least $250 million dollars, that is now the chief promoter of a lottery brand now too. So you can now imagine how if he could have excelled so much with his property and construction company known to the world as Gibraltar Construction and his other unknown investments, how far too he would take G-Bets to then!

Like it is commonly said by the Yorubas that, money is never enough for the rich, Olu Okeowo might soon quadruple his worth soon, all things been equal.