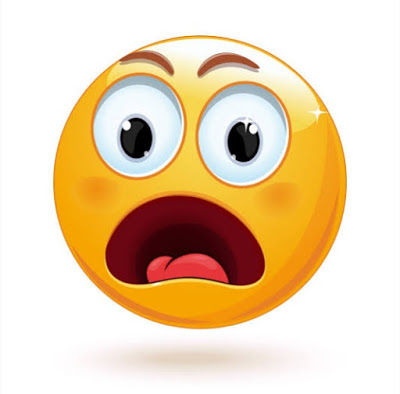 It is only until after Friday, that’s talking about this upcoming Friday of December 6, 2019 when the apprehension, the palpable fear or better still the unprecedented jitters would have subsided one way or the other, that there would have been that sharp intake of breath as relief or otherwise would have set in. By that Friday, the die would have been casted and then, for or against, the somewhat unchangeable deed would have been done as by then there wouldn’t be no going back again on the decision to either retain the man known to most as the Chairman, as the boss over that parastatal that he has made one of our best cash cows for a few years or by then, he would have been removed to go begin pasture’s anew. Friday is the D-day.

Under normal circumstances starting and ending any endeavor or assignment given one is nothing new. The excitement normally comes from the fact that after doing what one is given to do and that one has now done to the best of one’s abilities and with the end of such activity coming near, there is always a mixture of feelings. One can be happy that finally, the end of the assignment is coming, so a kind of great relief is expected as a mighty burden is going to be lifted off one’s shoulder, but with such an impending transition also comes a bit of sadness too, especially as it sets in that one would have to move on to some other things that would or could need some readjusting or readjustment to get used to.

For our person here, it seems like to move on or better still for another to be chosen to replace him in his position, would or could be tantamount to a disaster.

That’s not only for him though, for he can just dust himself, readjust and move on, but for so many, in fact very many people running into hundreds at that. For these his many dependants who he has been like God sent to, it would be some kind of disaster, in fact a big time disappointment.

One excellent thing though, which no one can never ever take away from him & which allows for many to overlook his so called excesses without looking back at all, is the fact that his generosity, unbelievable generosity at that, is frankly adjudged and acknowledged to be unparalleled. It has been well said and often reiterated by many that, you cannot see him, that’s if God allows you and you are able to have access to him and go away empty handed. He has fans, followers, people, friends that he has helped out in very many ways, that have since become his die-hards, vociferous and unrepentant supporters. Who are willing to do just about anything for him.

Truth be told, he has done extremely well, in fact extraordinarily well in his assignment. He has broken every available record in the course of delivering on his assignment too. Never before in the history of that sector, has someone brought in the kind of astronomical figures h,e has delivered consistently. His parastatal and another have been the major sources of revenue in the last many years in the country, taking away our total dependency from another sector that has been so sapped, that’s its nearly comatose now.

And because of how extraordinarily he was adjudged to have done, many had thought that without a doubt, that he was going to be elevated to another much bigger assignment which would have been some sort of crowning and a major stamp of approval. But alas no, the one in charge at the other assignment was actually returned against all odds, which was in fact a shock! Thereby shutting down that door on him. So what is now left, is for him to either retain this particular seat or nothing.

Some had even predicted in the aftermath of that other snub, that he could be chosen to man a ministry, but nothing like that came to fruition, though it could still happen as there is still a few years to go.

Whilst some have predicted that he is a goner, meaning he wouldn’t be retained and that’s because they feel that he has lost the support of his supposed now former godfather, some are of the opinion that, that might not actually be totally true as they are claiming that he has the backing of some anonymous, but equally very strong and important element(s), so they are too sure he would retain his position and remain on his seat.

If he should retain his seat like many are already predicting, then we must expect a mother of all celebration at that his regular place by the water, where he and friends with their various handbags of all types likes to frequent a whole lot.

Would he be retained? Very likely.

We would actually love it though,  if he is retained.

WHEN THE DAZZLING OLORI HADIZA SAHEED ELEGUSHI CLOCKED 32! !
WHEN KIKA OSUNDE TOOK OVER PARIS FOR HER BIRTHDAY & DAZZLED ALL COMERS
Comment