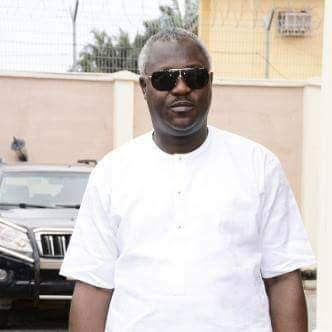 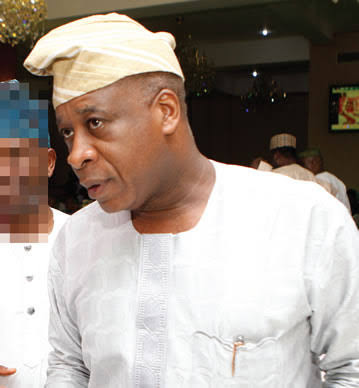 What should normally be quite straightforward in all ramifications, is instead getting more and more, complicated and intriguing day by day. With the sides involved doing their best to outwit each other, as they battle each other to a stand still, though in a more clandestine manner. It seems like supporters on both sides of the divide, are not willing to concede a yard or even as little as a foot to each other. So they seem not to mind using divide and rule tactics, guerrilla tactics and are even willing to engage or employ subterfuge and misdirection to gain advantage over one another, just in this battle to be the preferred one to wear the crown and to sit on or inherit the royal stool of their forebears.

For those who might just be wondering what we are on about, it’s none other than the battle for the Oniru crown and royal stool. We hear reliably that the overwhelming pressure on those who are perceived to have the influence to sway things one way or the other, has been unprecedented!

Before we go further, let’s quickly dispel the unfounded rumor that the Oniru designate has already been picked. That assertion is very far from the truth. Until the Government of the day as led by his excellency, Mr. Babajide Olusola Sanwoolu, has made a pronouncement in the affirmative as concerning their choice, all that is flying around now are just figments of the imagination of those peddling such.

What has actually happened from the feelers we have gotten is that, some sections of the extended families were said to have come out to announce their support for one or the other of those vying for the crown in the person of Prince (CSP) Hakeem Ajasa, who is from the Abisogun ruling house.  So what has happened there is that he would representing the whole Abisogun royal family as their preferred choice.

According to a communique that was signed, released and published in ‘The Nation Newspaper’ of Saturday, December 7, 2019 on page 11 to be more precise, after a meeting of some sections of the ruling families, the said release acclaimed that they were members of the ruling house and that they had come together to support only the candidature of Prince Ajasa. See the content of their published release below, which we have reproduced verbatim.

PUBLIC NOTICE ON BEHALF OF THE ABISOGUN RULING HOUSE OF THE ONIRU ROYAL FAMILY.

3) The result of the aforesaid Election held to present a candidate from the Abisogun Ruling House is as follows;

The publication was now counter signed by the Oloris (heads) of the 4 branches, Chief Abdul Wasiu Ogunbambi Abisogun for Omowunmi branch, Mr. Kashimawo C. Bello for Omishade branch, Chief Tajudeen Kushanu for Oresanya branch and Chief Salawu Isa for the Ewumi branch and then further signed by the overall Head of the Abisogun Ruling House by name Chief Biliaminu Sanni Abisogun.

But in a very swift manner an immediate response allegedly came from the other side too in the battle to try to debunk and dispute what the other side had claimed had happened. In fact, they went further to also claim that their opponent, Prince Hakeem Ajasa might have employed coercion to get his desire done. Hear them-

FAKE NEWS BY A SECTION OF THE ABISOGUN RULING HOUSE

The public and all interested parties are put on notice of the kangaroo selection of a person unknown to the entire Oniru family to rule over their land and fill the currently vacant Oniru Chieftaincy stool.

Whist news on the social media report that one Akeem Ajasa was selected by his ruling house as a candidate for the vacant stool, nothing can be further from the truth as the statutory, customary due process and formality were not followed in this kangaroo selection of this individual, working desperately with others, towards achieving their own selfish interest and putting the whole family (a family of honour) into disrepute.

Being a policeman, we have information from reliable sources that Akeem Ajasa had harassed, intimidated and threatened other members of his ruling house. We also have information that under the table exchange of funds have taken place and the result of all these illegalities is the kangaroo selection.

It does not accord with reasoning that only 6 to 8 men of an entire ruling house will make a decision that will affect the whole of the Oniru Royal Family and select a candidate for the vacant stool.

Owing to the above, other cheated members of the Abisogun Ruling House have decided to do the needful to preserve the good name of Oniru Royal Family by distancing themselves from this propaganda and public show of disgrace by an individual (working together with his cronies) unknown to the Family.

From time immemorial, no member of any royal family can impose himself on the community. The Oniru family which has been in existence for over 500 years, has lived together in peace and harmony. It is therefore quite unfortunate that one unknown individual using his public influence and position as a police officer, to harass and intimidate the other members of the Family, has now disunited the Family, all in the bid to become the next Oba. This completely goes against the customary heritage and values of the Oniru Family. The uncustomary selection of this individual has disrupted the unity that the past Obas of Iruland worked tirelessly in achieving.

Akeem Ajasa (working in connivance with the Olori-Ebi of the Abisogun Ruling House, his supporters and cronies) is hereby advised against parading himself as the selected candidate for the vacant stool. Moreso, if Akeem AJasa has indeed been selected as a candidate for the vacant stool, he ought to have resigned his position as a police officer and properly put himself forward.

In any event, it is very evident to all that there are enough check points and security measures in Iruland and in the unlikely event that the community requires additional policemen, they shall contact the Commissioner of Police in Lagos directly.

With the above statement it became obvious that the battle line had been drawn and that both camps had gone fully into full opposing camps ready for battle of any kind not willing to accept each others position. While Prince  Hakeem Ajasa of the Abisogun Ruling House in the company of a mammoth crowd had a sort of power rally declaring their intention and preference. Subsequently, Aremo Segun Oniru in the company of his younger brother Prince Tijani Oniru was declared by Saliu Okanlawon Abisogun, who claims to be a member of the Abisogun Ruling House and some others, as their own legitimate heir to the throne and the Oniru of Iruland elect.

So because of all the shenanigans going on, there is plenty of confusion and misinformation going about now. But we can reassure all that, it is only when the Lagos State Government has declared who is the actual king (Oba), then before anyone can lay claim to the stool or crown.

So until then, the Oniru stool is still vacant.

SO SO SAD AS THE HAMMER HAS FINALLY FALLEN & FOWLER IS A GONER!
WHEN THE DAZZLING OLORI HADIZA SAHEED ELEGUSHI CLOCKED 32! !
Comment