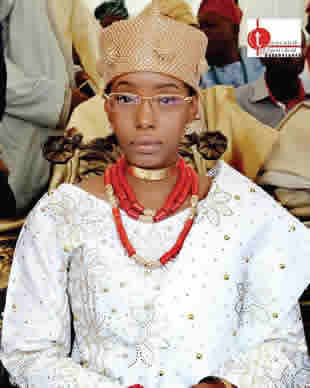 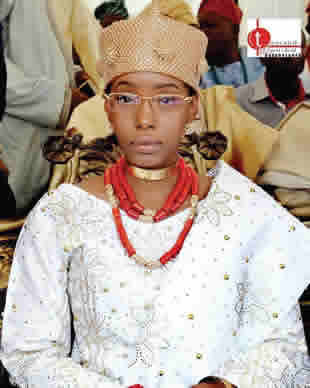 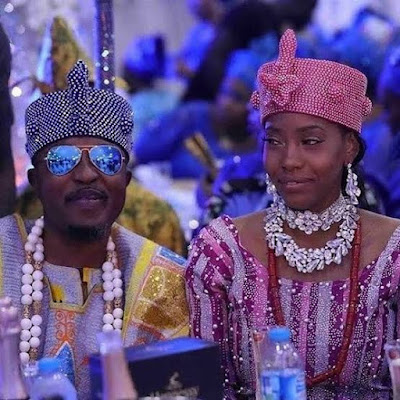 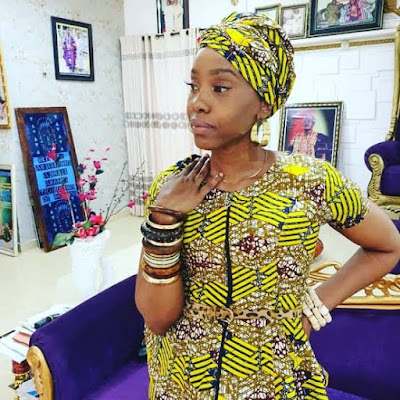 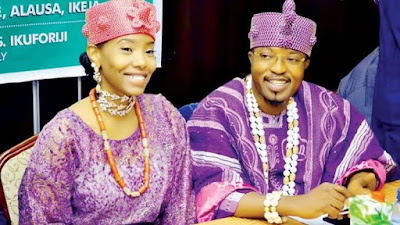 Mennnnnn!!!!! When what was love before which was so openly declared and that was so so public, becomes tainted and turn sour, the resultant from such is what we are seeing now like a bad movie, which has since become something so totally unpalatable! What a shame!

What used to be likened to being in paradise, where the participants (man & woman) in the love tango were acting like it was endless love of the unbelievable kind, like theirs was unmatched by any and cannot be compared to any, has since hit the wall or rocks with a thunderous crash and has now become like a living hell from the looks of it. It’s like some sort of tragic-comedy script, that one of the party wants to quickly end and wake up from, as the nightmare is becoming increasingly unbearable.

This is because, the most flamboyant, self styled, ‘his imperial majesty’ has now totally rejected decorum & reasoning and turned chivalry upside down as he has turned his back totally without a care in this world, on his former wife and her kid (daughter) and by virtue of the decision, has left the delectable former queen, stranded and in a dilemma, leaving her to now regret ever allowing love to rule her heart.

We have now come to a proper understanding of what it means truly that the same teeth with which a dog plays nicely with her puppies, could in one fell swoop become a weapon to devour any of such puppies too should they ever have a misstep.

Is this a tactic by the palace to make her crawl on her knees to come abegging? Maybe! And if this hard squeeze continues, then maybe they would have succeeded in doing that, but we are too sure that help like a welcome light at the end of a very dark tunnel, like a rainbow after the endless rain, could come from somewhere to rescue the former queen of Iwo, now Ms. Chanel Chin from her present horrible predicament and embarrassment. Maybe a knight in shining armour would appear from somewhere to help her.

So you were all privy to the terse in fact, very cold and clinical note that announced the parting of ways between wife and husband just a few days back, which emanated from the palace of the Oluwo of Iwo, Oba AbdulRosheed Adewale Akanbi Telu 1, who prefers and loves to be addressed as his imperial majesty Emperor Telu 1, the commander/authority over the gods and representative of the Almighty God Himself. That note by proxy which was bereft of any emotion had said without mincing words or trying to be diplomatic, that the former queen had immediately ceased to be a queen and is now addressed by her maiden name and whomsoever does business with her on behalf of the Palace, does so at their own peril.

It was in fact a disclaimer by all standards and effect. And the way it was delivered, had elicited major reactions against the palace, by those who felt that, a person’s wife even if not one any more, shouldn’t be treated so terribly cold! But while people were still pondering on the treatment metered out already to her, many didn’t even know that, what might have occurred before might even have just been a tip of the iceberg, as it is been said that the ex-queen a Canadian by birth, whose father is a Jamaican and mother British and who married the king in 2016 just after his coronation, was actually pushed out from the palace and her marriage after the severe demotion, without a dime!

Hence, she’s now stranded and holding up somewhere in Lagos, maybe till lady luck would smile on her, maybe till she’s able to raise funds to get out of the country!

This is truly a case of from the Zenith, the apex, the pinnacle, the very top, now to the nadir, the very bottom. A totally shocking situation we dare say. In fact a  truly grace to grass story of the meanest order.

According to a reliable source who should know, the now totally uncelebrated ex-queen actually “left the palace with her child (a toddler for that matter who is named after Oduduwa) and boarded a public transport to Lagos without a dime! Both mum and daughtejr are hungry and stranded. Forget the façade created by the palace when Oluwo of Iwo said he would take responsibility of the baby, Oduduwa. He hasn’t. So far, the queen is stranded and hibernating somewhere in Lagos.”

For us we think it is a shame and totally unbecoming of the crown and the royal stool that kabiyesi represents and totally unacceptable too, to treat his ex-wife in such an undignified manner. A king worth his mettle is supposed to defend the honor of women in general, especially here his former wife and mother of his kid and not put her into deliberate ridicule and derision like she’s facing now. It’s like he has made up his mind to return the lady to the supposed floor he supposedly picked her from.

This same lady was his vociferous supporter in the many decisions he took that many found funny then and the same viciousness with which he fought many who were against him then is what he is also now using against his former wife and mother of his daughter.

GLAD TIDINGS OVERLOAD CONVERGE ON THE OKOJIE’S HOUSEHOLD THIS SEASON. 4TH CHILD ON THE WAY & NOW LAUNCH OF HOTEL/EVENT CENTER HOLDS TODAY
FREE FOR ALL LOOMS IN IRULAND AS FORCE OF FORCEFUL ENTRY TO THE PALACE LOOMS
Comment