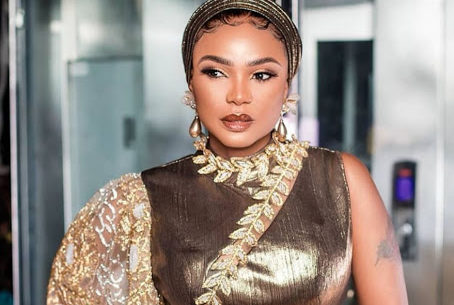 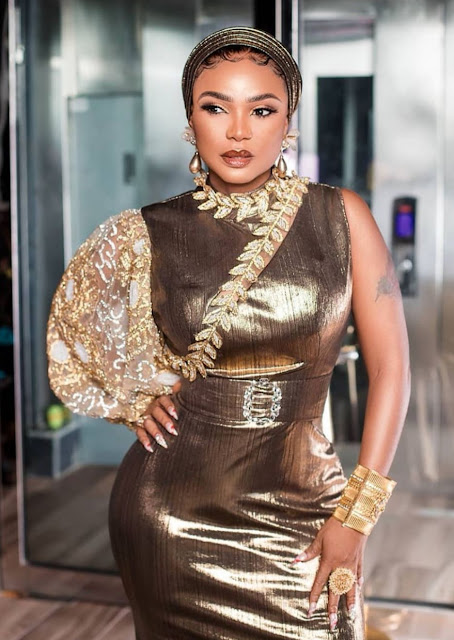 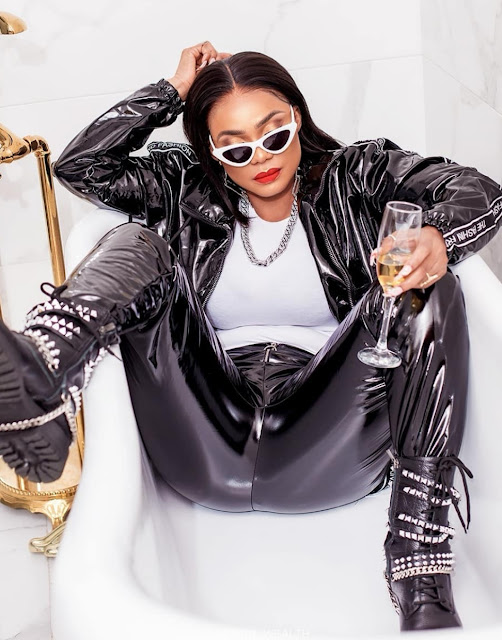 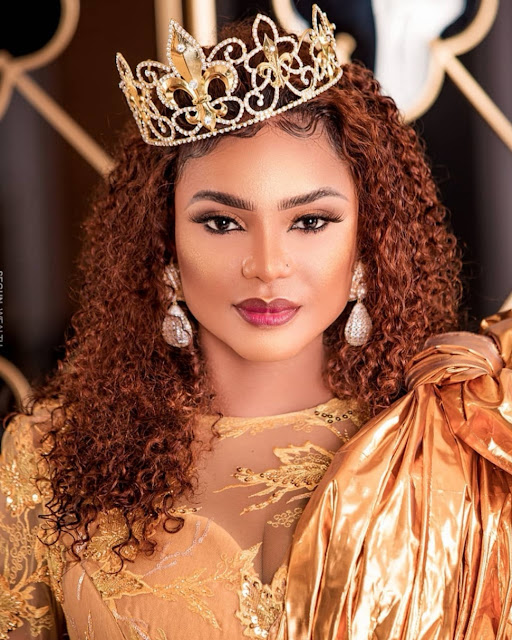 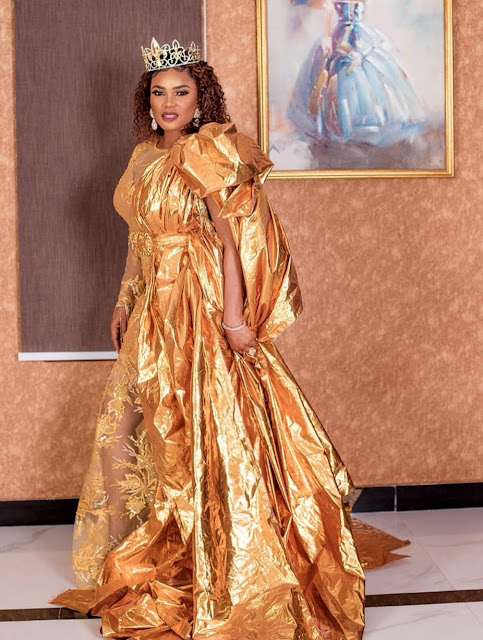 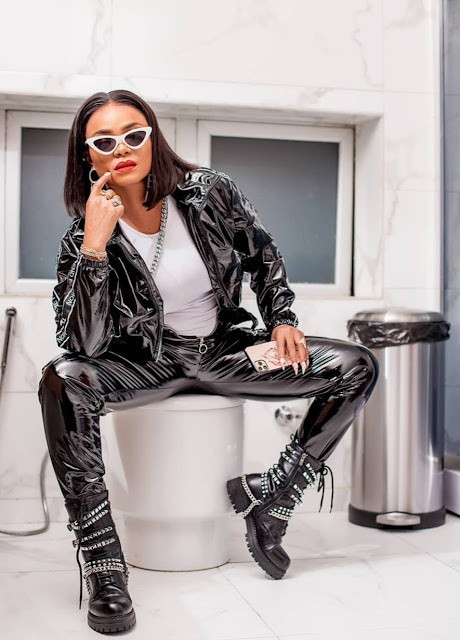 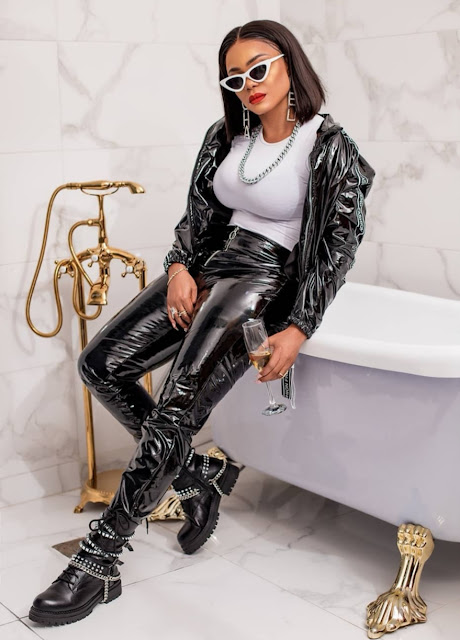 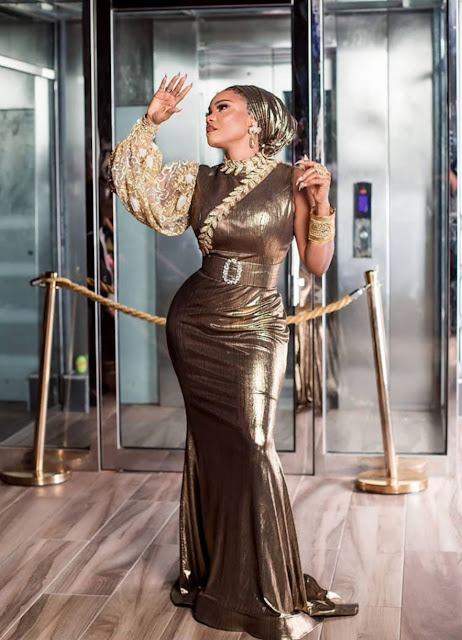 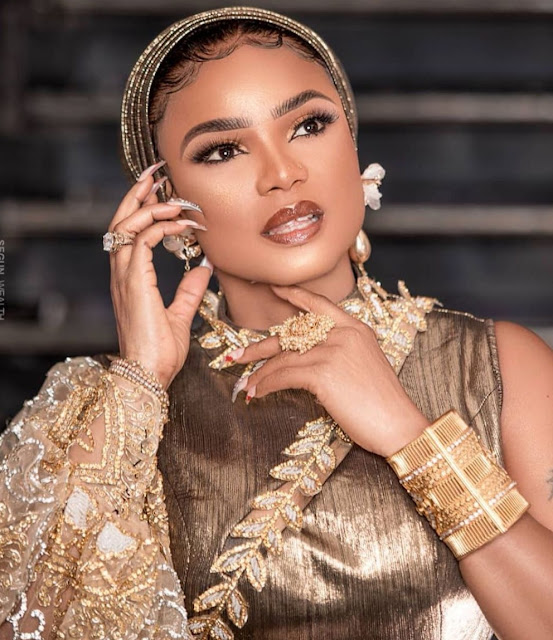 Maybe it’s her own way of saying it loudly that, she’s living her life like it’s golden, so to further buttress that point, she went ahead and made a gold dress or gown as part of her ensemble/garbs to do her birthday shoot.

Ace actress Iyabo Ojo, a dazzling single mother and one of Nigeria’s best role interpreters of Yoruba origin, decided to dazzle all to no small effect as she did this shoot celebrating her clocking the good 42. She channeled, a queen or should we saw a fairy godmother in her gold flowy gown and then crowned the whole effort with a tiara.

Then in another series of shoot, she channeled a star spangled rock star in her full element in a futuristic outfit and then sat in a bathtub, with legs wide open to show her sitting with utter abandon, like who gives a f@$k! Same way those American rock stars would have done too.

Then in another much more calmer outfit and supremely gorgeous outfit that accentuated her curves well, as if she was poured into it or like liquid or molten bronze was poured on her and allowed to cool off, thereby taking the shape of her body and one hand of the outfit was made in gold lace Victorian Era style. All of the stress, just to celebrate her birthday 🎂, which was a few days back.