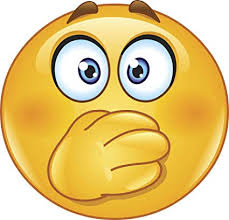 So we nearly forgot, but thank God we remembered and it’s better late than never at all. So you all remember the epic back ti back concerts that heralded the new year. December of 2019 was an epic one by all standards, fun wise it was packed full in every way you can imagine it. From Cardi B to Megan thee Stallion to Future to Zlatan to Wizkid to Burna Boy to Tiwa Savage To 2Baba to Davido to Kizz Daniel etc.

If you were a music star worth your salt, you would have been featured one way or the other. If you didn’t show at any of the major shows, it just meant you would need to work more on your craft. 2020 sure plans to be fact more epic from the look of things. Both international stars and home grown stars would fall over themselves to outdo each other. Thanks to Cardi B, our PR has literally shut up to the stratosphere and totally gone out of the roof top, in fact has blown off the roof top.

So at one of the biggest shows of late 2019 which was that of Burna Boy an epic drama played out that we are too sure would still have residual effect most likely and most definitely. And if we can tag it correctly it was the battle of 2 humongous elephants, with excellent bragging rights all on their own. We can bet they would both try to do damage control after this story comes out, like it never happened.

On one side you have one of the best entertainment products/brands Nigeria has ever produced in the movie industry, in the person of the great giant with a Lionheart by the initials GN. She’s is the award winning thespian extraordinaire. A super stylish mother of one at that. Whose flick caused a whole lot of brouhaha, when it was removed by a technicality from standing for one of the best international awards in 2019. On the other side we have a renowned professional, who was excellent in HR before she invested greatly in the entertainment industry where she has become an award winning colossus. She has been tagged our very own Oprah Winfrey and at the rate she’s going, she would most probably become one of the richest and probably the most influential in the industry in not too long. She’s not a local champion at all, as she’s everyday gaining more & more international (clout) recognition by her deft moves. She’s in fact one of Africa’s most stylish human being alive bar none.

So like we said the mild drama unfolded at the Burna Boy sold out show at the Eko Hotel Convention Center. The place was packed out to the rafters. Those who were fortunate to have bought their tickets made crazy, easy money by reselling such tickets at exorbitant prices to willing buyers. Everyone wanted to watch the rave of the moment, the ultimate one for the season, so with demand vastly outstripping supply, the price shut up to the sky. It was at the venue of the show that 2 super stars literally clashed, though not necessarily face to face or Mano a Mano.

From a very trusted source-

So the renowned actress was a part of Wizkid’s surging entourage that had come in into the venue. So check it out; MA and her homies (RO etc) were on the table right in front of us. We were VVIP so like directly on top of hers which was VIP. MA is rocking out, and Wizkid enters the spot with his entourage. Genny and that her homegirl Chinny are with Wiz’s gang. Obviously everyone is greeting Wiz and Genny. They now ‘parked’ right in front of MA’s table. Like right in front. Full dancing and shii, blocking MA and them. MA starts trying to tell them to move, Genny blanks. Meanwhile bodyguards etc dey. MA don dey frustrate, starts calling people left and right. All blanking off. Genny now looks back at MA gesticulating and goes ‘What??!!’ MA tries to respond like ‘you’re blocking me,’ and Genny gesticulates back ‘Fuck off! Come and move me now.’ Genny gangster o. MA still dey try yarn, Genny goes ‘I’ll pull of that wig off your fucking head, try me if you get mind.’ Debola now comes and goes to MA who starts reporting. Debola sef, feeling like a peacemaker, now tries to go and talk to Genny. Genny puts her hand up like ‘talk to the hand,’ and starts yarning with someone else. Her homie is cracking up laughing bye. She looks back and Debola is still there, she tells him to ‘Gerrout! Now!’ Guy was shamed, just quietly faded. Omo then Geknny no budge throughout o. MA’s friends had to stand on table to watch concert. MA weak. Until the end. Dem Genny come bounce out with entourage at the end, still popping off hardcore.

Would there be a retaliation???