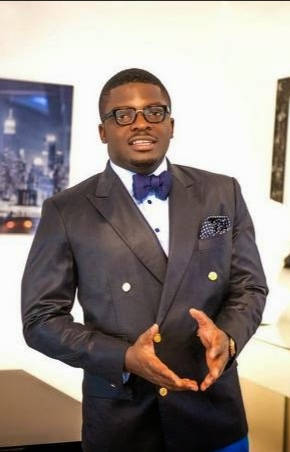 Everyone knows who and what SUJIMOTO the brand is all about and by extension too, the brain behind the property brand, in the person of disruptor extraordinaire Sijibomi Ogundele.

Since this young and quite ambitious property tycoon, with extraordinary gift of the garb and strong marketing skills came to our consciousness, he has shown he doesn’t do things in little measures. Quite obviously he decided from the onset, that he wanted to play in the upper echelon of the property market, where only the very strong and wealthy plays and slowly but gradually and surely he is making his mark.

He is also one man that values his reputation a whole lot and pays premium on making sure he is perceived correctly. So when sometime not too long ago. when the social media went gaga about a supposed dirty fight or better still fisticuffs, he supposedly had with a close family friend, he wasn’t happy at all about how his image was wrongly portrayed.

So after he must have deliberated extensively with his legal and PR  team about the wrong perception of his person by all those who carried the alleged falsehood. He has decided to first refute same in a very strong manner and in the same vein seek redress for defamation of character or better still the maligning (disparaging/vilifying) his hard earned reputation.

A statement about his intention/action to seek redress was sent out to the public and we have thought to publish same verbatim.

*”I did not touch Honorable Olumide Osoba” – Sijibomi Ogundele*

Chief Execute Officer and Managing Director of Nigeria’s foremost real estate company, Sujimoto Constitution Limited, Mr. Sijibomi Ogundele, has refuted reports that he had a disagreement with Honorable Olumide Osoba which resulted in a fight.

In a statement released today in Lagos, Mr. Ogundele noted that he did not have any disagreement with the honorable member which could have resulted in a fistfight, saying “I Sijibomi did not attack nor had a fistfight with Hon. Olumide Osoba. Chief Segun Osoba and his family have accepted and treated me like a son. For more than ten years, Chief Osoba has been a father, supporter, an adviser, and inspiration, to me and my business”.

The statement noted in part “defamation comes at a cost, and we will not pick the bill for such recklessness.  All the media houses that have ignored sound journalistic integrity and replaced facts with gossips, will soon realize that a billion naira off their balance sheet, will be the cost for defamation. It might take one, five or ten years, but we are positive that those reporters, who have shunned journalistic ethics for immediate gratification, will soon feel the full wrath of the law”.

The real estate entrepreneur noted that he has been a longtime friend with Olumide Osoba “Olumide and I have been friends and brothers for over a decade, and he is a very honorable man with strong integrity. We have both been there for each other, morally and financially”. As humans, it is normal to have disagreements, but not to the extent of publicly trading blows. Honorable Osoba and I had not been in direct contact for almost three years and when I saw him at a function, I approached him in the spirit of the season”.

Ogundele noted that during the course of the conversations and the activities at the venue that a fight might have broken out but that it had nothing to do with him. “To reiterate, I never had a fight with Hon Osoba. I never laid a hand on him nor have I ever portrayed myself like Anthony Joshua as ridiculously described by vindictive newsagents. His younger brother and my friend Tobi Osoba were witnesses to the events. Additionally, close friends such as; – Akin Onitiri, Maurice Khawan, Victor Ovia, Tive Ibru, and Doyin Alatise were present. The CCTV footage at the space can corroborate against this false and unsubstantiated media report which I find very distasteful”.

As CEO of a fast-growing company, Ogundele explained that corporate decency is of utmost importance to him and his company. As a successful corporate player, the statement avowed that Ogundele is very aware of his public conducts while it worried that many families have been destroyed, businesses and brand equity built over the years have been shattered irreparably; bonds of friendship and relationships are broken as a result of fake news promoted by the supposed referees of information – the media.

It noted further “as a company, we refuse to be easy prey or a hapless victim of cyberbullying from morally bankrupt individuals or organizations. Our company was founded on the principles of integrity, hard work and diligence. Without any help from a rich aunt or powerful uncle, we have maintained a high level of consistency and integrity”.

“The bearers of fake news have no regard or boundary for persons or authorities.  However, we at Sujimoto do not have the appetite or tolerance for such excessiveness and we will use this opportunity to show fake news peddlers that Nigeria has effective media laws and a workable judicial system”.

It went further to note that “we received calls and messages from clients and I have had to explain and assure them that the inspiration towards entrepreneurship and leadership supersedes any art of public misdemeanor”.  Noting further that it is important to put on record that the purported news report by different blogs and news agencies are “false, malicious and seemed to have been financed by our detractors, with the intention of bringing my reputation to disrepute”.

The statement explained that it strongly expect that the management of these media houses, as a matter of necessity, will not only pull down the malicious fake reports but also conduct due diligence “to fish out the reporter and editorial team responsible for such falsehood, and bring them to justice; to uphold the integrity of journalism which is founded on the tenets of truth, fairness, and justice”.

NO TURBULENCE IN OLUMIDE AND DAKORE AKANDE’S PARADISE. AS COUPLE REMAIN GOOD & TOGETHER CONTRARY TO THE NEWS ENJOYING TRACTION
CRYSTAL BALL EXPECTATIONS FOR 2020 FROM MAESTRO’S MEDIA
Comment