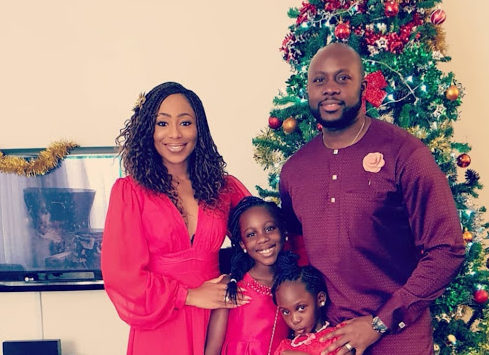 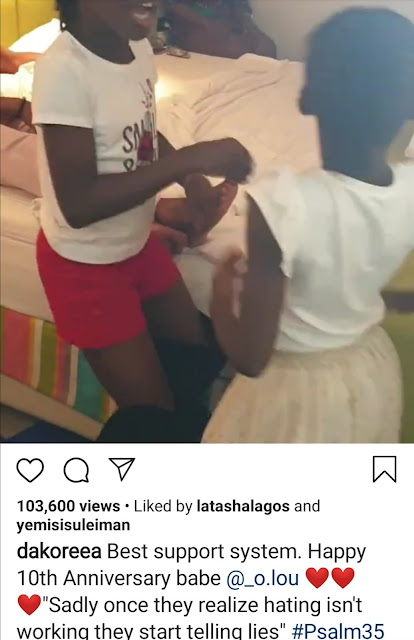 The whole Nigerian blogosphere, social media literally went mad and on crazy fire over the weekend, as they were all taken on a super ride of fantasy in their minds with a false story that the marriage of thespian extraordinaire by name Dakore Akande and her handsome husband Olumide ‘Lou’ Akande had crashed. And the news really took fire as it spread so fast and wide, that most who read it were shocked to their bones about it.

One major reason people were really shocked about the news was because many had thought the couple looked really very good together. So the thought was that what could have become so terrible after more than a decade together that they couldn’t just resolve?

But according to a most reliable source who we trust to high heavens, we can tell you for a fact that news is nothing more than a fabrication. In fact a falsehood, to put it mildly, it is actually a lie from the pits of hell. That doesn’t mean that like all married couples or relationships that they don’t have their crazy periods, but that the center couldn’t hold no more to the extent that they would tear their marriage apart, it’s not true at all. Just total bunkum!

The gorgeous and super stylish couple had gotten married many years back after a whirlwind romance at a most lavish wedding ceremony of that year. It was in fact then rated to be one of the top 10 most lavish weddings of that year, as good money was spent to make it happen. The church part of the ceremony was at the Guiding Light Assembly, Ikoyi of Pastor Wale Adefarasin, while the humongous reception was at the KFA Hall along the Lekki-Epe Expressway. Everything was super lush. Olumide’s dad Chief Harry Ayoade Akande, a high chief of Ibadan was actually at that time one of Nigeria’s wealthiest men bar none, while the then Dakore Egbuson was one of the fastest rising thespian cum singers then, in fact she was one of the most eligible bachelorettes then, who was swept off her feet by her dashing and handsome, knight in a shining armour by the name Olumide Akande.

In the adjoining years God has been benevolent to the couple as they have been blessed with 2 gorgeous and exciting daughters that they both dote on endlessly.