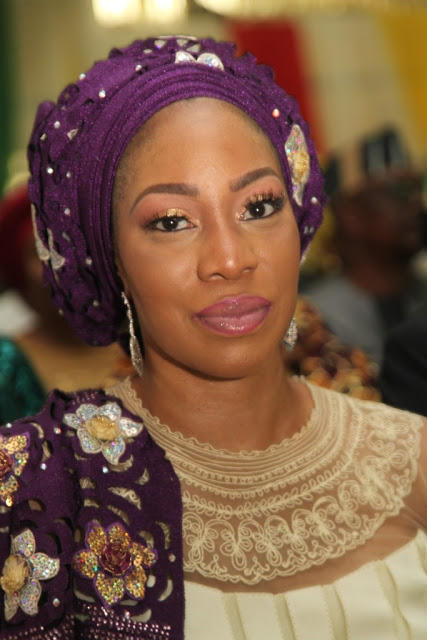 Mrs. Shulamite Olufunke Adebolu’s nomination as a Commissioner in Lagos State was met with a lot of joy, happiness and great expectations, as everyone and her fans in great numbers inclusive, had thought it was a very well deserved appointment then. One of the many reasons been that, like many of those appointed by the Executive Governor of Lagos State, Mr. Babajide Olusola Sanwoolu to help him steer the boat of the administration of the state appropriately, she is a professional to the core and a brilliant one at that, not a politician at all by any stretch.

The 46 year old married lawyer by training, before coming on board as an administrator appointed to oversee the Tourism, Arts and Culture Ministry in Lagos State, the State of Aquatic Excellence, had done quite good in her private endeavors, where she had excelled brilliantly.

So when she was given the portfolio as the former Commissioner for Tourism, Arts and Culture, until when she was removed abruptly yesterday, it was a welcomed development, that all and sundry applauded. People felt that someone who could do a brilliant, most excellent job after taking over from the past commissioner, Mr. Steve Ayorinde had come on board.

So just imagine the utter shock and total disbelief that heralded the announcement yesterday, when in a so called minor reshuffling just yesterday, Thursday, January 16, 2020 when as announced by the Chief Press Secretary to the Governor, in the person of Mr. Gboyega Akosile, one of those that many had applauded was going to do a brilliant job for the State, was unceremoniously and quietly removed from the state’s cabinet without even a quiet mention as to why or what must have necessitated such a decision!!!!

And since that press release of yesterday, tongues have been wagging, with unsubstantiated speculations flying about everywhere.

Could there have been a clash of some sort?

Could there have been some sort of a battle of wits, with the combatants not ready to back down or yield and the end result of which, has led to either the SACK or resignation!

What could have transpired so early in an administration that’s still trying to come to the grips of things and whose members have not even spent up to 6 months yet on their various saddles?

What could the brilliant, well trained lawyer have done, that the only thing that could remedy the situation is a sack?

Shuli, as the beautiful mother of 3 and former Commissioner is fondly called by those close to her, is 46 years old and would be 47 come April 8, 2020 as she was born on the same date in 1973.

She had her primary education at the famous Home Science School, Ikoyi, before going abroad to continue her secondary education and A-levels. She got a 2nd Class Upper Graduate degree in Law from the University of Hertfordshire in 1995, then off to the College of Law, Guilford, Surrey, UK in 1996.

She is a Management Consultant with over 22 years of experience. She was an Associate Director at PwC’s Advisory Service. She’s a Subject Matter Expert in Information, Implementation and Execution of Government Delivery Units. She had worked in some capacity with the former Governor of Lagos State, Mr. Akinwunmi Ambode, though she has come in then as consultant until she became one of the supposed shining stars of the Babajide Olusola Sanwoolu Administration, from which she has now been removed now when she’s just about clocking at least 6 months on the job.

Find below the Press release that announced the change, which didn’t mention anything whatsoever about why she was dismissed, removed, sacked or sent packing–

A statement by the Chief Press Secretary to the Governor, Mr. Gboyega Akosile said eight cabinet portfolios affected by the redeployment include ministries of Local Government, ministry of Special Duties, Wealth Creation and Employment, Tourism, Arts and Culture, Home Affairs as well as Waterfront Infrastructure. Others are the Central Business District and Urban Development.

Governor Sanwo-Olu thanked members of the Lagos State House of Assembly for believing in the Executive and carrying out the ratification of the cabinet nominees in a manner devoid of mere political considerations other than the interests of the electorate, assuring that his action is in line with his administration’s vision of delivering good governance to the residents of Lagos.

The new appointments and redeployments, Sanwo-Olu said are intended to create a new energy and vivacity for continued delivery of values to the government of Lagos and provision of service to millions of Lagosians.

FILM REVIEW- BAD BOYS – FOR LIFE FEATURING WILL SMITH & MARTIN LAWRENCE. Our fun MX4D experience at Film House Landmark Center
AS THE GOOD MAN STEPS ASIDE AS FORCED BY THE SUPREME COURT RULING AGAINST HIM. HE LEAVES THIS GREAT STATEMENT BEHIND
Comment