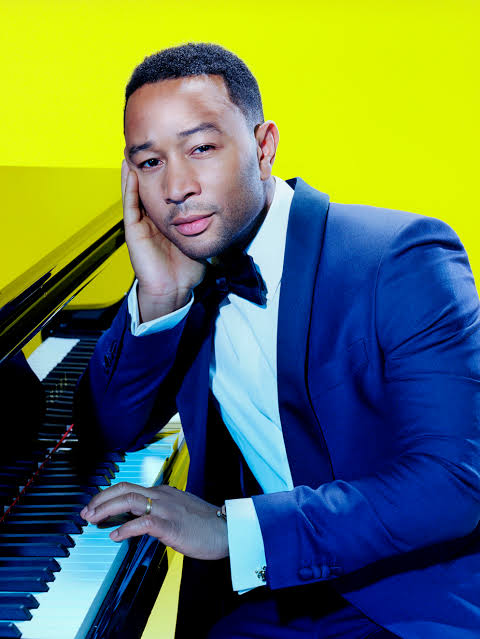 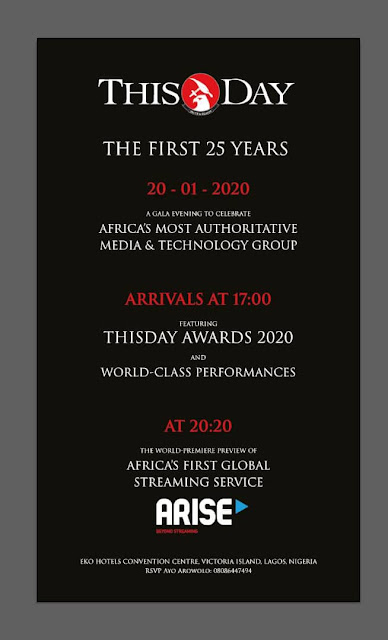 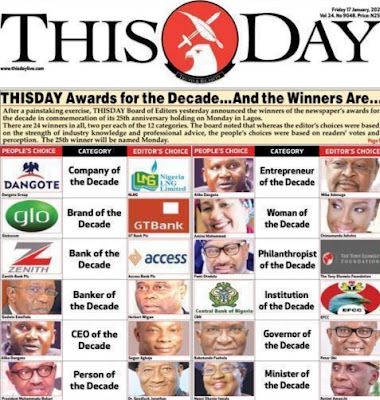 A couple of years ago, the name This Day was synonymous with all that’s great and awesome and extraordinary about entertainment and world class events in Nigeria and then suddenly they went on a prolong hiatus to our detriment. No international event worth its salt was organized without the Newspaper or media brand not involved.

They have assembled some of the biggest names in the entertainment industry world wide in Nigeria and even outside the shores too. They in fact showed all other brands the way. Their fashion event, the Arise Fashion Week was the numero uno in Nigeria then & one of the best in Africa. They brought all the biggest names in Africa and some from around the world together at one spot. The Arise Fashion Week in fact even made in roads in South Africa and even in New York, at the New York Fashion Week and even held her own in London too at the famous Royal Albert Hall. Some of the top black people likes of -Ozwald Boateng, Naomi Campbell, in Fashion around the world were made more popular to Nigerians by Arise/This Day.

It was this same brand that brought the likes of John Legend, Rihanna, Chris Brown, Jay Z, Beyonce, Neyo, Seal, Christiana Aguilera, Shakira, Usher, Fat Joe and more at the height of their fame to Nigeria to perform. We mean that This Day/Arise brought all of these great stars to Nigeria not when their fame had subsided, but as at the time they were hot, hits and reigning as current champions then, such was the power of the brand and the influence of the owner of the brand too, in the person of Prince Nduka Obaigbena, known and referred affectionately to as ‘The Duke’.

So now after the hiatus that saw other brands spring up to try to do what they had begun, it seems the king is back again with much aplomb! First the fashion show was resuscitated and it’s has been an interesting, well orchestrated revival. It’s like they never went away, the last 2 editions have been great as was expected with the awesomely incredible Naomi Campbell and the great Andre Leon Talley being parts of the success of the last one.

Now it seems the world famous This Day award has come back too with a bang and this year’s edition came as the brand was also celebrating a quarter of a century (25 years anniversary). To exist or to have existed that long in a terrain like Nigeria and still be one of the top 4 media brand without a doubt, is not a mean feat. This Day brought a lot of innovations into the media terrain that galvanized the sector to the very next level, there were things they introduced that no other brands then had thought they could do. Introduction of color and the stand out pullout are just a few of those things.

So a few nights ago, all roads led to the Eko Hotel Convention Center, Victoria Island. And it is for the 2020 ‘This Day Awards and 25th Anniversary Party’. And one of the highlights of the night apart from the many awards given to deserving individuals and corporate organizations was the performances by both the extraordinary Asa and her brand and the awesome performance by none other than the great, the incredible, the Grammy award winning, the Oscar award winning, the Emmy award and Tony Award winning musician of note, Mr. John Legend. He is in fact the only black musician/entertainer to have won the EGOT (Emmy, Grammy, Oscar and Tony Awards) all together. In fact he has won an incredible 10 Grammy awards already. The great legend of our time, known to have sang many great songs performed incredibly to a loud ovation in Lagos, 2 nights ago.

John Legend performed his many hits to the delight of the appreciative crowd who sand along to the delight of the music star. Dude was impeccably garbed in his nice white on black ensemble. And the crowd surged forward to take his pictures and record videos as he performed. Thank God that the organizers were careful not to
The venue was jam packed to the rafters with many top personalities, most of who are personal friends of Prince Nduka Obaigbena. The great personalities likes of Aliko Dangote, Dr. Mike Adenuga, Segun Agbaje, Herbert Wigwe, Rotimi Amechi, Ngozi Okonjo-Iweala, Dr. Goodluck Ebele Azikwe Jonathan and many others and excellent corporate organizations likes of Dangote, Access Bank, Zenith Bank, GTBank and many others carted home awards of distinctions.

The ladies as expected came dressed to the nines. Femi Otedola looked young and sparkling in his well sown and very well worn sparkling white Agbada ensemble. His daughter though, that’s talking about DJ Cuppy of the Gelato fame obviously needs a wardrobe assistant or a style manager or something like a total image person, compared to her far more  awesomely stylish younger sister Temi, she wasn’t well dressed at all, in fact she looked frumpy. That gown no matter how expensive it was that she wore, aged her a whole lot, it made her look far older than her age. We expect far too much from her on the style stake, especially as she has access to the best of the best if she would make use of it.

Nkiru Anumudu was the lady in red and as expected, she stood out elegantly.

The awards presented on the night were divided into 2 categories, the people’s choice awards & the editor’s choice awards and from the look of it, the awards were ‘equitably distributed’ to accommodate all the big brands and names.

Aliko and his company won 3 awards, while Globacom, GTBank and Access including the awards given to their bosses got 2 each. Those Faberge crystals given as trophies to all the winners were beauties all on their own.