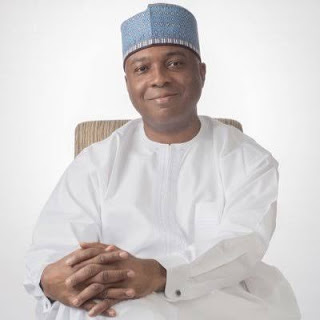 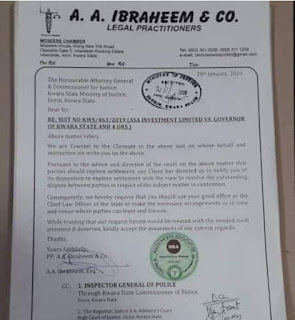 The Government of the day in Kwara State led by his excellency Governor Abdulraman AbdulRazaq, have been consistent in their assertion that the land upon which Ile-Arugbo was built by the Saraki clan was illegally (inappropriately) acquired and so has no proper documentation. But the Saraki clan led by the former Senate President of Nigeria, who was also a 2 termed Governor of the state have been claiming otherwise, that the land was properly acquired by them, but in truth have never been able to show any proper documentation to affect their claim.

So in the aftermath of the so called illegal and hasty demolition of the place as claimed by the Sarakis, as government of the day had gone ahead to lay claim to what actually belongs to her, in order to restore order and actually build on the land what it was actually earmarked for, the Saraki clan had done what was thought to be the best and most appropriate in the situation, which was them instituting a court case to get damages for the perceived slight and illegality meted on them.

But alas, against all the expected  legal fireworks from them to show that the Government had done them bad and that it was a personal vendetta that was carried out against them as claimed and therefore it was an illegal process that was carried out against them, they have now instead pleaded for an out of court settlement instead, in the place of their former grandstanding, which they had first adopted.

The thing is, if you were openly accused of perpetuating a glaring illegality and you have proof contrary to such flagrant accusations, wouldn’t you be too happy to make your opponent look stupid by biting the dust? So it has now been found out as revealed by the court officials, that the only document that the Saraki Clan actually submitted to buttress their claim of ownership of the disputed land was only a mere letter of allocation without any other documents, like either a right of occupancy or even a  certificate of occupancy! How then do you lay claim to the land, a whole you that was a law maker at the highest level possible?

Even the mere letter of allocation itself had 90 days moratorium from the date it was issued for the conditions stated therein to have been met and that was since 2005 and even with that nothing was done.

So now we all understand that they actually had no case from the get go and that they were just rabble rousing to get sympathy.

LAGOS BANS OKADA, TRICYCLES IN 15 LOCAL COUNCILS
NOW THAT GANDUJE HAS WON HIS SUPREME COURT CASE, IS IT END OF THE ROAD FOR EMIR SANUSI AS EMIR OF KANO?
Comment