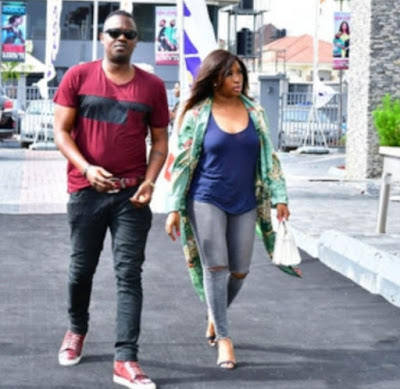 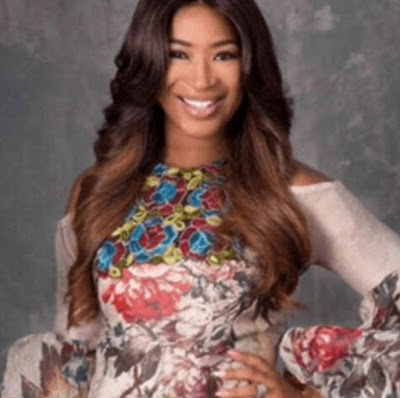 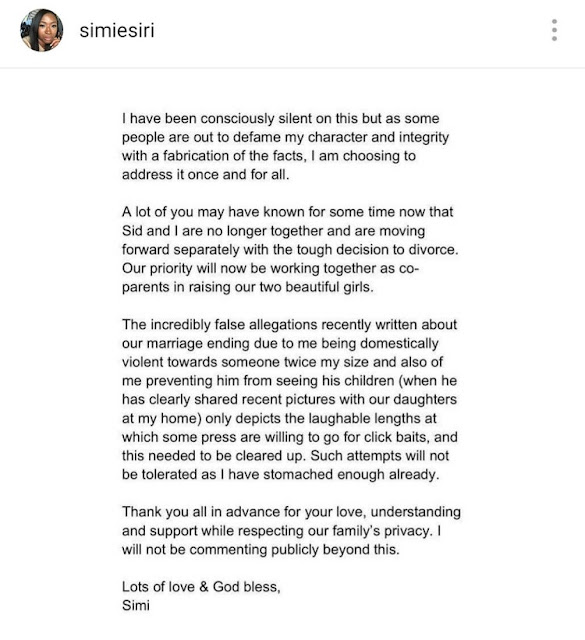 When they exchanged their wedding vows a couple of years back 2014 to be more precise, it was a talk of the town nuptial they had, as good money was well spent to make it one of the weddings of the season then. While Dr. Sid, full name Sidney Esiri was one of the raves of the moment then, being one of the artists on Don Jazzy’s label, his wife Simi was from a wealthy home and had a good job. Their families left no stone unturned to make sure it was a befitting nuptial.

Fast forward now to a couple of years after and after 2 adorable kids, girls for that matter-Sydney & Sarah, it’s a sad story instead as the center couldn’t hold no more and both have to part ways permanently. They had had much trouble and turbulence all through. Some had even speculated that part of the issue was because the dentist turned music star, who had followed Don Jazzy his boss from Mo Hits to Mavin Records with the likes of D’Prince, Tiwa Savage and Co wasn’t as buoyant or liquid as he used to be when he and record mates were ruling the airwaves and balling extraordinarily. So maybe as things weren’t too good, madam stepped in more and more. All of that are unconfirmed speculations!

There were stories of altercations in the past, as it’s common in nearly all marriages too. In fact it was said that Simi used to slap her husband around and abuse him (domestic abuse), which she has denied in strong terms. They had parted for a bit and later tried to come back together and people felt they must have learnt their lessons and would be more careful now, to at least make things work. But alas, seems like everything has totally collapsed and scattered now. Simi herself released a statement, where she stated very clearly that the marriage was done for and is irrevocably headed towards divorce and that both would do their best to be good Co-parents. See the letter above.

May they both find future bliss in their chosen paths.