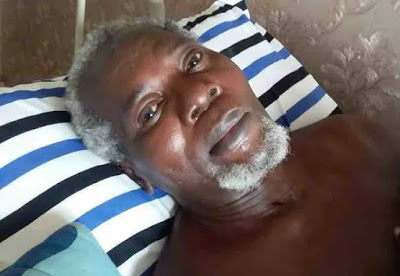 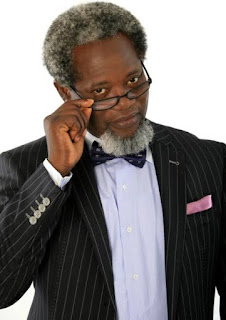 Until that terribly unfortunate accident in 2016, this great Nigerian thespian titillated us all with his acting prowess and extraordinary talent as a great actor, better still a thespian of note.

Then suddenly, a man of vigor and grace, was struck down when he had a ghastly accident, so bad in fact was it that he has been grappling with it for a long time now, 4 years and counting. When the alarm was 1st raised very loudly for all to know what was up, which was after the family had exhausted all that they had and that without the help and intervention of well meaning souls, that the situation could go terribly bad, billionaire former Chairman of Forte Oil, in the person of Mr. Femi Otedola answered the cries of the people and became an angel of mercy, one who had promised and took the task on single-handedly and paid the whole bill for the treatment of the gentleman role interpreter.

With FO ‘s intervention, everyone immediately heaved a big sigh of relief, thinking and believing that the worst had been overcome. But alas, we can tell you now, without mincing a word that, it is far far from the best been over and that the sooner good hearted Nigerians would come together again to the aid of the gentleman, that might just be the best and only chance of surviving. Mr. Victor Olaotan is a shadow of himself and needs all our help.

The family are in dire need of a whopping $350,000 dollars, which translates to N127million Naira. Like we had said already above, This Day’s recent awardee or recipient of ‘Philanthropist of the decade’, Femi Otedola had kept his promise to the letter, but due to some further complications, Mr. OLAOTAN still needs to undergo some further treatment.

So please everyone, your widow’s mite would be extraordinary. Those little drops of water would most definitely make a large ocean, let’s be our brother’s keepers, donate to either ECOBANK – 0040006665 or Stanbic- 0001101396.

We beg you all please, a stitch in time, would definitely save nine. God bless you all real good.