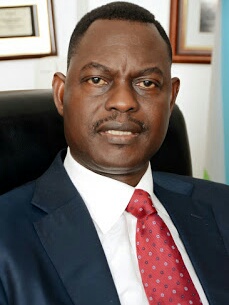 Hmmmmm. Very soon and quite soon too, maybe we will begin to release for all people to have as evidence a book of our predictions for the year, you must have noticed that we didn’t tag it (prophesies) like many of the so called men of God do. That book from one of the things we have come to learn, is part of why many of the so called seers are respected, so maybe that would give us too some sort of unprecedented clout too, hmmmmm fantastic! So we are thinking very much about it. Please be on the look out for it.

A few weeks back, we looked at a few things around us and we decided then to look into what we call our own ‘crystal ball’, trying to mimic the great Nostradamus, whose many predictions have hit home accurately so they say and are still hitting home. Whenever anything of great and monumental effect occur or come to pass, one of the very few that’s always mentioned is Nostradamus, who one way or the other was able to somehow strike home and hit the target 🎯 with his predictions.

So we too have now self named ourself too as the new modern day ‘Nos-Bobo’. Mind you though, we haven’t at any point claimed to anyone, that God sent us or gave us those predictions, so be mindful of that. So we started a few weeks back. And out of the 8 predictions for the year that we came up with, one has already missed the target by just whiskers, while one of the others, is most definitely going to hit target as we had predicted it would, no matter what. We were just too freaking damn sure that Burna Boy was going to come home with that Grammy. In fact we were so cocksure, that we had planned to drink at least 6 big bottles of water on the day he would have been announced as the man for the job. But alas, we missed the target gbagaun, but just by whiskers. Egbeleoooooo!!!!!

Anyways, just one out of many and it’s not like it didn’t nearly come to pass Sha, we try now!

The 2nd prediction though is about the brand spanking new Marriott Hotel, at Joel Ogunnaike, in Ikeja, GRA, Lagos, owned and promoted by the legendary philanthropist and billionaire of note, Dr. Taiwo Afolabi, the barrister at law who owns Sifax Holdings. who are the owners of Sahcol. We can tell you now again, without any fear of contradiction whatsoever, that baring all unforeseen circumstances. Except that maybe there wouldn’t be cement no more in Nigeria or even house paint anymore and that we would be importing water and sand instead from out of the country, all works at the hotel would most definitely be done. finished by April of 2020.

Thereafter, a 3 months test run of the facilities and all, would then be carried out for the next at most 3 months, just to make sure that the i’s are dotted and t’s perfectly crossed and everything is working like clockwork. So give and take, that hotel would have her guests salivating at the beauty of the place and functionality of things near perfectly installed by July of 2020.

As we speak, work is frantically on going to make sure to meet the deadlines set for them. On that stretch of road alone, not even talking about the GRA Ikeja as a whole, there are at least 5 hotels of various ratings, functioning there already. There cannot be less than 20 to 30 hotels all around the GRA and immediate environs. If we would even rate it correct, there should be about 100, if not more.

The beauty of this particular Marriott Hotel is that it is just about 25 to 30mins away from the International Airport and nearer from the Local Airport and because of the brand name also, which is a well known international brand of hotel, it would most certainly be a preferred hotel brand for the discerning, especially those who appreciates very well, value for money. Also again, GRA is packed filled with all the best attractions one can be looking for. think it, it’s most likely available. The Cave, a men’s club is just a walk away from the Marriott, even not too far is Cubana and all others.

NOT YET UHURU FOR THE AILING VICTOR OLAOTAN STILL NEEDS N127M ($350,000)
THAT PAINFUL BURNA BOY GRAMMY AWARD NEAR MISS. THE CURRENT BEST AFRICAN ALBUM MISSED IT BY WHISKERS!
Comment