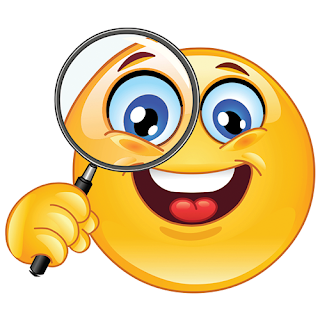 People have been wondering about his dissappearance for a while now, why he seems to have just gone off the radar for quite a bit, just like that. Immediately after he was unceremoniously relieved of his post, after he had done his very best, at a parastatal with so much entrenched interest. Though he had wanted to come back, but the prevalent  intrigues and politics worked against it. The quite suave and exceptionally brilliant dude, who had been on some sort of leave of absence from where he was actually a top dog, in fact their  highest ranked African, just to serve his land, just quietly went away.

That this well spoken businessman, who has or had investments in the media and other things is wealthy, is like saying one drinks water. He is filthy rich on all accounts,. In fact he is probably a billionaire. And like bees are attracted to sugar or honey or nectar, ladies, especially of the sweet light complexioned and beautiful kind, swarm around him like their lives depend on it. There’s the joke about him a while back. Which has to do with his private brands (companies), that if he employs you today to head one of his businesses, you might wake the next 2 days to find out that a beautiful lady, who wasn’t in the count before, has just resumed and as your boss.

He is not tight-fisted at all, as he is a known Mr. Generous, good giver. Before, but that’s like a while ago, he used to give out Toyota Corolla to his bahes as thank you, but he later elevated it to Toyota Prados only for the classy ones he believes are worth the value though. So if you are the lucky one, be rest assured you are already made.

There was a story of an happenstance of a few years ago, where he and his then girlfriend had traveled abroad, where he had gone for a crucial meeting and she had come along to help keep his mental state on the proper level. He was said to have actually forgotten the lady in that country and left for another country, before he now remembered what had happened.

Dude favours designer apparels a whole lot and they fit him well too. In fact with much aplomb too. He loves mostly things by ‘Angelo Galasso’ and other very elevated brands too. Very soft spoken and a top chieftain (high chief) of his people (domain). In fact, he wants to Govern his state of origin, if and when the opportunity arises.

His 2nd wife at home currently, is a top person too where she works and she is said to be equally brilliant and urbane too. Their home in the village, where he is from, is outstanding and totally upscale to say the least. If the village home is as awesome as described, then one can just imagine, what his home in Lagos would be like. One of the things that welcomes you to the village palatial edifice, is the colourful dancing water fountain, which is a sight to behold at night. The palatial mansion, with many supporting buildings, is a statement in class and distinction.

He was filthy rich before he was called to serve at that cash cow of importance, where he was the direct subordinate of the main man of the manor. So now guess how much more he would be now by virtue of his connection.

Dude whose tag and initials is as follows Dr. IK, just had prostate cancer surgery abroad and he is currently convalescing or better still recuperating, we believe in London.

WHEN CHIKE & OLUFUNKE OGEAH HOSTED THE WORLD TO A FIRST CLASS HUMONGOUS WEDDING PARTY FOR THEIR ONLY DAUGHTER
US MISSION DENIES, DENYING DR. DAVID OYEDEPO VISA IN STORY THAT HAS GONE VIRAL
Comment