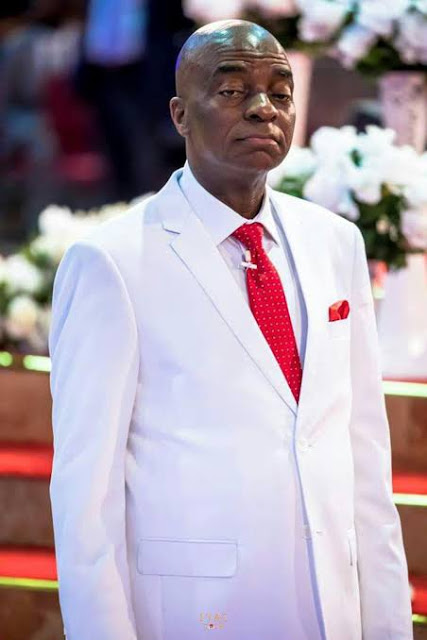 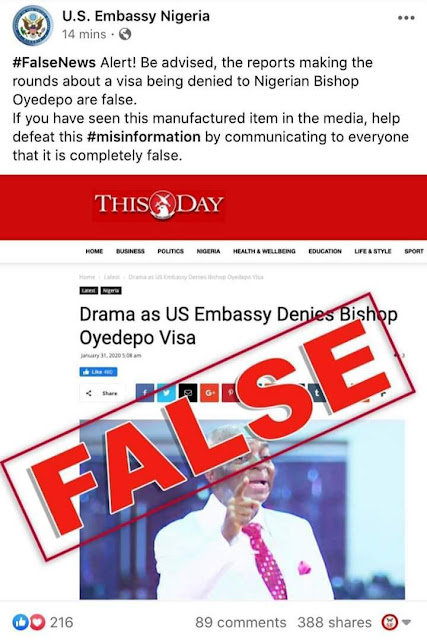 We all woke up to the story today stating matter of fact that billionaire founder and presiding Bishop/pastor of the Living Faith Ministry aka Winner’s Chapel in the person of the fiery and enigmatic Bishop/Dr. David Oyedepo, had been denied visa by the US Consulate in Nigeria.

The news of the kind of unpalatable treatment meted out on the pastor, who is neither a politician nor a businessman, met with shock and disbelief from all and sundry. The story was in fact credited to one of the top 5 Newspapers in Nigeria, which is the This Day Newspaper, founded and owned by the highly connected, Prince Nduka Obaigbena aka the Duke.

But after the story had gone more than viral, with many online outlet carrying it with pomp and energy like they were there when the thing actually occurred (we didn’t carry the story at all), a rejoinder has now come out, purportedly to be from the verified US Missions Abuja Twitter account, denying that what the story had stated happened, or never even occurred. The story has now been tagged as FALSE!

One of the reasons the story met with shock and total disbelief is because, it is a known fact that the Bishop of Winners has been acknowledged credibly to be the wealthiest pastor in the world, said to be worth in excess of $150m Dollars, that’s even just a suggested estimate as it might be a far cry from what he is actually worth. Same person has atleast 4 private jets, branches of his church are all over world, even in the United States itself, with congregation in their hundreds of thousands from across the globe. His HQ alone fathers tens of thousands of worshippers at a go. He owns at least 2 well funded, well known and probably some of the best Nigerian higher institutions amongst several investments. And he is said to be an avid traveler, who has traversed the world, so can be classified as a world traveler, then he is very very connected in and outside Government. So based on all of these and more people were shocked 😲!

So most would be relieved now, that the story has been tagged as false.