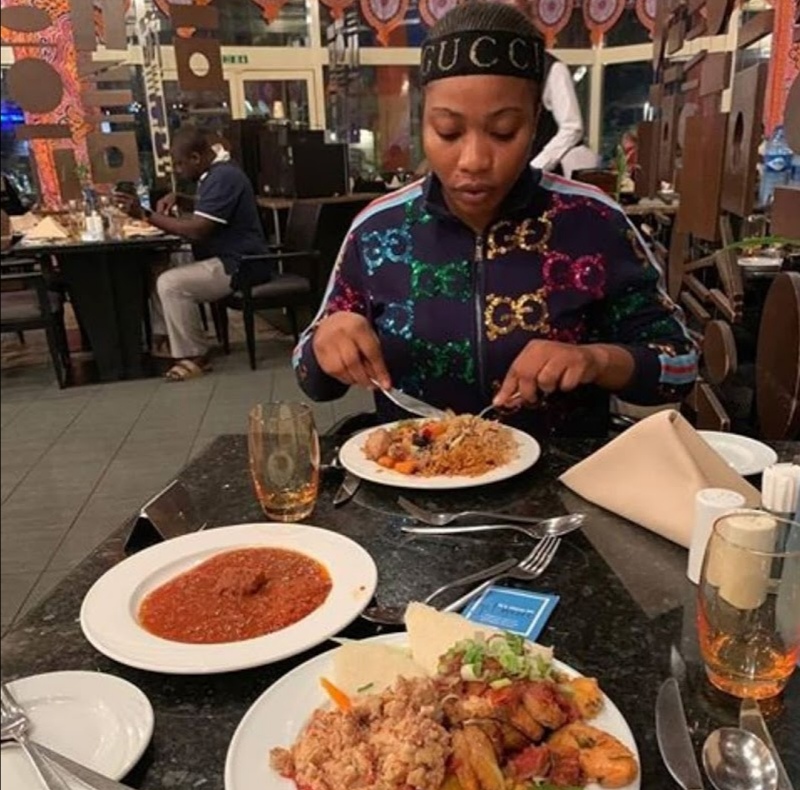 It is quite obvious that Doris Ogala is very, very angry, mad livid if we can tag it as that. Who has dipped their handa in the mouth of the Alligator 🐊? hmmmmmmm. And in her seething anger, she’s willing and hellbent on breaking or better still shattering the table, tearing everything apart irretrievably. And from the kind of soundbite that’s been played, it seems like if the table breaks, it would affect many, as the mud below the table would splatter wide, including on some so called pastors, who are somewhat involved in the show of shame.

Pastors here meaning some so called men of god. This men Sha!!!!!!! Wetin their rod of anonsense (total opposite of anointing) would lead them into?????? Hmmmmmmm…. shege banza!!!!

Either those involved would quickly and very swiftly at that get across to her to calm down or those who don’t give a shit would encourage her to do her worst, while those who cannot afford the mud splashing would most definitely take cover.

Already, it seems like one part of the whole messy drama has brought the police into the case. And from the threats been issued by Doris, who is supposedly doing all of this table breaking to protect herself and others from the so called atrocities of Uche and Oge, it is like more exposes are going to be unveiled, except maybe people get involved and this shenanigan is nipped in the bud.

IKPE ARAMARA = Judgement on a Fuckaholic.

Before the one above though, she had issued some major threat before below as follows-

STAY TUNED FOR THE FINAL BOMB BACK TO BACK… #epaindem. THIS TIME SO MANY PASTORS DEY THIS TABLE. I GO MENTION NAMES Oooo #EPAINDEM

From all of the above, it’s obvious we are in for some crazy 🤪 Onya Ara types of jokes!!!! We promise to stay tuned.

WHEN CHIKE & OLUFUNKE OGEAH HOSTED THE WORLD TO A FIRST CLASS HUMONGOUS WEDDING PARTY FOR THEIR ONLY DAUGHTER
NOLLYWOOD OF UNNECESSARY DRAMA WHERE FRIENDSHIP COUNTS FOR NOTHING. DORIS OGALA ACCUSES FORMER FRIENDS UCHE ELENDU & OGE OKOYE OF HUSBAND SNATCHING
Comment