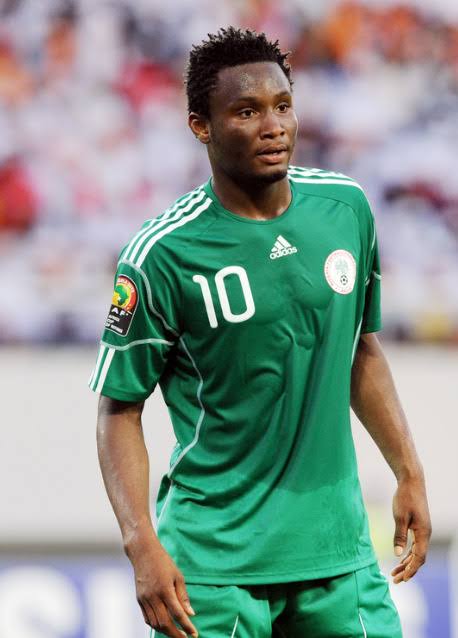 Ace Nigerian footballer and former captain of the Super Eagles, who as a youth footballer then, was rated as one of the best along the incredible Lionel Messi and who in his heydays was a super regular at Chelsea FC, where he was for a lot of years and who at a point even plied his trade in far away China, is not in a good mood currently and in fact, is enjoying his football right now.

And for someone whose love for the game is unquestionable and who derives grear joy from kicking the ball with lots of skills, it’s not because of injury of any kind, but because of racist attacks on him and his young family in beautiful Turkey where he plays for Trabzonspor FC.

And the unwarranted and brutal attacks have left him totally devastated! So much so now that, the way it is, it might even make him consider his stay in that part of the world as he greatly considers the safety of his family.

Just imagine someone who is totally focused on enjoying his footballing career by giving all his best to his club, but now having to be careful as he is also watching his back as he his  thinking about the safety of his family? Which is paramount.

Hear him – A lot has been said about this – the issue of racism but since I’ve been here, my team and colleagues at Trabzonspor have been very nice to me, there’s not been any issue.”

“After the game on Saturday, I started getting messages on my Instagram, even my girlfriend getting instant messages of racism and hatred.”

“Very scary messages towards me and my family and kids. There’s no place for this.”

“I don’t think this should be happening and I think these people should be held responsible. They shouldn’t be allowed to come to games.”

“I’m very disappointed with this – especially my girlfriend, my family, my kids. They are only four years old, why do you talk about my kids? I am very sad about this, it’s a very disturbing time for me.”

INEC DEREGISTERS PASTOR KRIS OKOTIE’S FRESH DEMOCRATIC PARTY, BUT SOWORE’S PARTY AAC AMONGST THE 18 SUCCESSFUL ONES REMAINING
IT’S A BANGER OF A YEAR ALREADY FOR DABOTA LAWSON, AS SHE TAKES DELIVERY OF HER IMPRESSIVE WHITE CHARIOT, A 2017 LEXUS LX570 OF 35M NAIRA
Comment