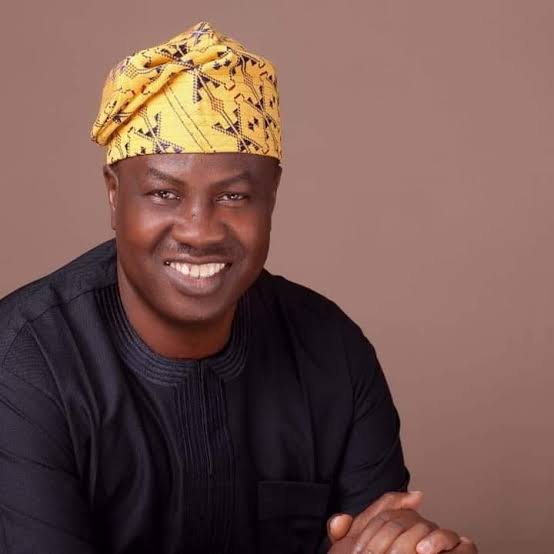 We have very pregnant minds in this country and most often maybe because we have too much time at our disposal without anything occupying our hands, so instead of using our time creatively & constructively we instead like a devil’s workshop, begin to conjure up things and look for things we can do and when care is not taken, we most often think too far out of the box, that those thoughts when not reigned in appropriately, can be totally absurd.

So in the aftermath of the arrest and conviction of ace actress and comic Funke Akindele-Bello aka JENIFA and her husband AbdulRasheed Bello aka JJC SKILLZ for violating the social distancing regulations of the Lagos State Government against the spread of COVID-19 Coronavirus pandemic, some are already saying that the actual person the Government are after to deal with is the opposition politician, Mr. Babatunde Olalere Gbadamosi!

According to those gleefully spinning the yarn or better still according to those who have come up with the ludicrous conspiracy theory, they are saying that with the expected conviction of BOG at the court most likely today Tuesday, April 7, 2020, they are of the opinion that the conviction would immediately truncate his political ambition to via for the opportunity to rule Lagos come 2023. Those who have come up with this angle are of the opinion that since he has supposedly violated the rules as laid down by Lagos State in this emergency period, he has by that contravened a code of conduct and therefore according to paragraph (E) below, he wouldn’t be able to ever contest an election in future until maybe 10 years, except if the Government of the day should pardon him.

The instigators of this theory have based their belief on the fact that at the last gubernatorial debate before the 2018 election which ushered in the administration of ‘Babajide Olushola Sanwoolu’, BOG, that’s the shortened form of Babatunde Olalere Gbadamosi’s name, he was by very many miles, the most eloquent and the best performer of the day at that debate. The way he handled issues, the confidence he displayed and the knowledge with which he answered questions, surprised and gobsmarked all and wowed them endlessly. That he didn’t cause an upset might have been because of the party he belonged to then. So he is correctly viewed as a most formidable opponent to be, especially now that he has even gone back to the main opposition party in Lagos, which is the PDP.

So has his political career come to an abrupt end over a silly mistake, like him attending a party?

If he is convicted and the conviction truly turns out to be a code of conduct violation, would he be pardoned? If he were to pardoned, would all the others too be pardoned?

But even away from the absurd conspiracy theory, the question to ask basically is this could the Government have had the gift of clairvoyance to think that COVID-19 Coronavirus pandemic would happen? Could they have also intentionally come up with rules/regulations that they knew for a fact that BOG would contravene, so as to deal with him?

Now you understand why we said it was a ludicrous theory in the first place.