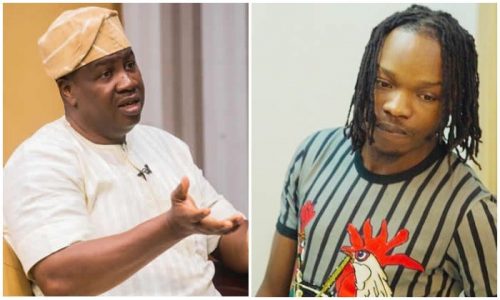 Against all odds and in a most surprising move 2 of the more popular persons who violated the COVID-19 Coronavirus pandemic mass gathering regulations/rules, as instituted by the Government of Lagos State, in the persons of ‘Babatunde Olalere Gbadamosi’, a governorship aspirant at the last gubernatorial election in Lagos State, who is also a vociferous member of the opposition now PDP and rebel with a cause, who is also a rave of the moment in the entertainment scene, Naira Marley, have beaten their cases at the court.

According to Ebun Olu-Adegboruwa, SAN, a vociferous opponent against the compulsory lockdown as ordered by the government, who is a defense counsel to one of the 3 accused, the Lagos State Government by themself withdrew the 4 count charges against the 3 accused and preferred to have an out of court settlement.

It had earlier been reported that policemen had barred journalists from the court premises to see the court proceedings.

At the end of it all, Adegboruwa briefed the barred journalists on what had transpired in the courtroom in their absence.

He said the state withdrew the charges on the condition that the defendants would tender apologises to the President, Major General Muhammadu Buhari (retd.), and the Lagos State Governor Babajide Sanwo-Olu.

With this kind of agreement, maybe then there’s a silver lining in the clouds for Funke Akindele-Bello and her husband, AbdulRasheed Bello to receive pardon from the Government also on their conviction.

OUTSTANDINGLY GORGEOUS CYNTHIA AKA CY4LUV ON THE 9 MONTHS COURSE.
WOULD A CONVICTION OVER THE COVID-19 NO GATHERING VIOLATION EVER AFFECT BABATUNDE OLALERE GBADAMOSI’S POLITICAL CAREER IN THE FUTURE?
Comment